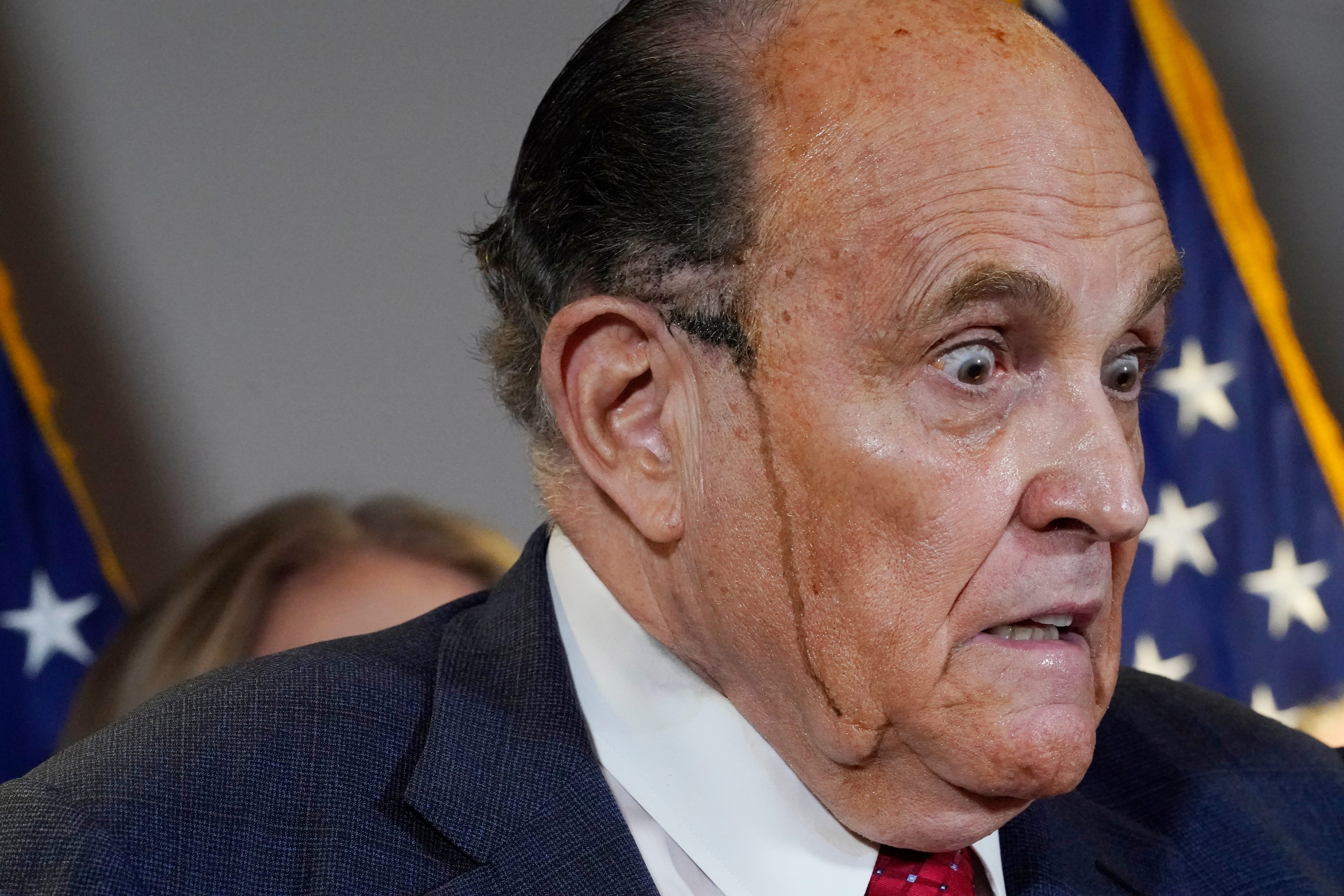 President Donald Trump is frustrated with how his legal team has been handling the election fight, NBC News reported on Monday.

Trump has become worried that his team is made up of “fools that are making him look bad,” one official told NBC.

The team, which includes his personal attorney Rudy Giuliani, is in charge of overseeing Trump’s lawsuits over the election results.

The president took umbrage with Giuliani’s hair dye dripping down the sides of his face while he was speaking at the nearly two-hour event, one source told NBC.

Trump’s legal team also pushed conspiracy theories claiming politicians were paid to hack voting machines and that foreign countries tried to steal the election. The Trump campaign has since tried to distance itself from the scene and released a statement on Sunday saying that Powell was no longer part of the president’s legal team.

“Sidney Powell is practicing law on her own. She is not a member of the Trump Legal Team,” a statement attributed to Giuliani and Ellis said. “She is also not a lawyer for the President in his personal capacity.”

Trump has not publicly acknowledged his election loss and has refused to concede. His campaign remains steadfast in its pursuit of overturning the election outcome, though it has yet to win any of the 22 lawsuits filed in several states. President-elect Joe Biden became the projected winner of the race more than two weeks ago.