Trump keeps boasting he 'aced' a 'very hard' cognitive test: Here's one like it you can take — see if you can match him

Montreal Cognitive AssessmentCan you name these animals? If so, you might be as cognitively healthy as the president.

Over the past week, President Donald Trump has been boasting that he “aced” a “very hard” cognitive test, claiming he performed far better than his Democratic presidential rival Joe Biden ever could.

But medical experts are cautioning that Trump’s high performance on a test where any adult who doesn’t suffer cognitive issues is expected to pass is not an impressive feat, and that bragging about it misrepresents mental health issues.

The test Trump took is likely the Montreal Cognitive Assessment (MoCA), a 30-question test designed to identify potential problems with a person’s thinking or memory.

As The Washington Post noted, Trump said this month that he took the test “very recently,” though it’s not clear when he actually took it, or if he’s referring to his previous performance in the MoCA.

Trump took the test two years ago, in 2018, when Trump’s doctor said he got 100%, showing the president was “very sharp,” according to the doctor. 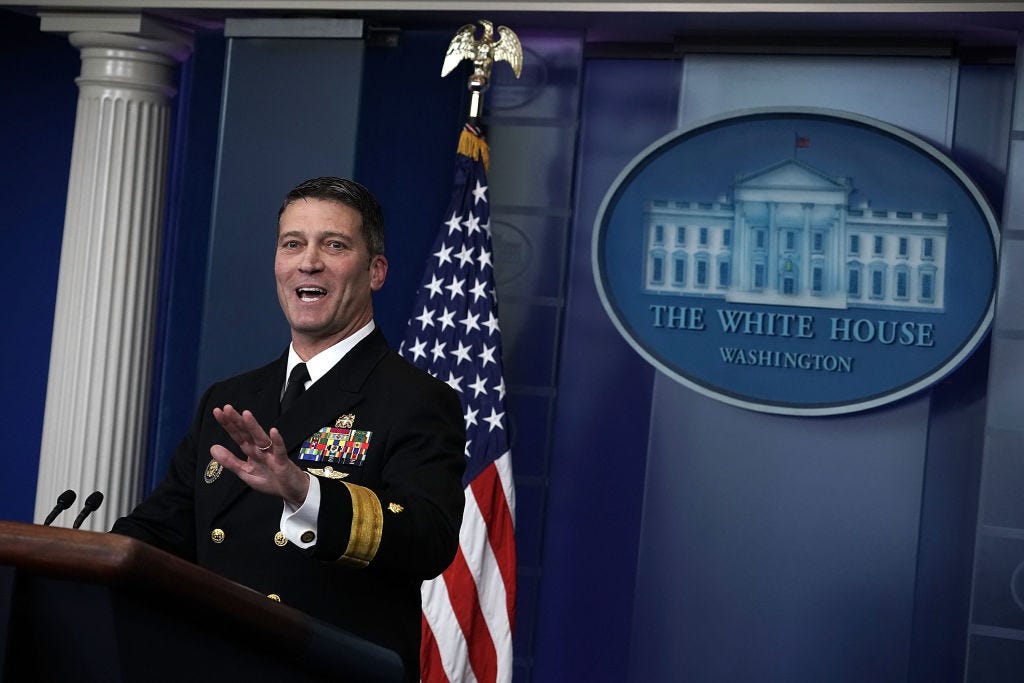 The test is not diagnostic. It is designed instead to give an indication of cognitive problems by testing things like short-term memory, language, and ability to interpret space and time.

The exact questions on the test can vary, but they ask the person taking the test to do the same things, like name the animals shown and draw the shape that’s on the page.

Physician Ankur Dave shared one version of the test, which asks the person to draw a clock showing the time of 11:10, draw a cube shape, and name a lion, rhinoceros, and camel based on drawings of the animals.

Docs don't give a cognitive test to measure intellect. We give it to assess cognitive defects. Trump calling questions on this test difficult should raise some red flags about dementia and inability to serve. pic.twitter.com/4cAmhC5Zpu

Fox News Sunday aired a different variation of the test during its interview with Trump, which shows different animals to name and a different shape to draw: Fox NewsFox News aired a version of the test on Sunday.

Other questions include being asked to remember five words immediately and five minutes later, to count back from 100 by seven, and repeating a series of numbers forwards and backwards.

You can also see the full test on the MoCA website.

Fox News host Chris Wallace questioned Trump about the test in an interview aired last Sunday, where Wallace said: “Well, it’s not the hardest test. They have a picture and it says ‘what’s that’ and it’s an elephant.”

Trump countered by calling that a “misrepresentation,” to which Wallace countered: “Well, that’s what it was on the web.” Screenshot via Fox NewsPresident Donald Trump at his interview with Fox News host Chris Wallace, where Wallace asked about the MoCA test.

The last five questions shown on the test are related to language and memory.

They ask the person taking the test to:

‘Not meant to measure IQ’

Ziad Nasreddine, the neurologist who created the test, said the test is “not meant to measure IQ or intellectual skill in anyway,” The Washington Post reported.

“If someone performs well, what it means is they can be ruled out for cognitive impairment that comes with diseases like Alzheimer’s, stroke, or multiple sclerosis. That’s it.”

“The reason most people take the test is they or others start noticing mental decline,” he added, giving examples: “They forgot where they parked the car, can’t remember what groceries to buy by the time they get to the store. They keep forgetting to take their medication.”

During his Fox News Sunday interview, Trump challenged Biden over the test: “Let’s take a test right now. Let’s go down, Joe and I will take a test. Let him take the same test that I took.”

He also suggested that Wallace, the Fox News interviewer, “couldn’t answer many of the questions.” But experts caution against Trump’s bragging, and say that Trump is misrepresenting cognitive problems.

Dr. Jason Karlawish, a dementia researcher at the University of Pennsylvania, told The New York Times: “The way our president is having a conversation about mental health is not helpful.”

“You would think he would understand clearly what the test result was and why the test was done, and not turn it into a competition about mental health.”