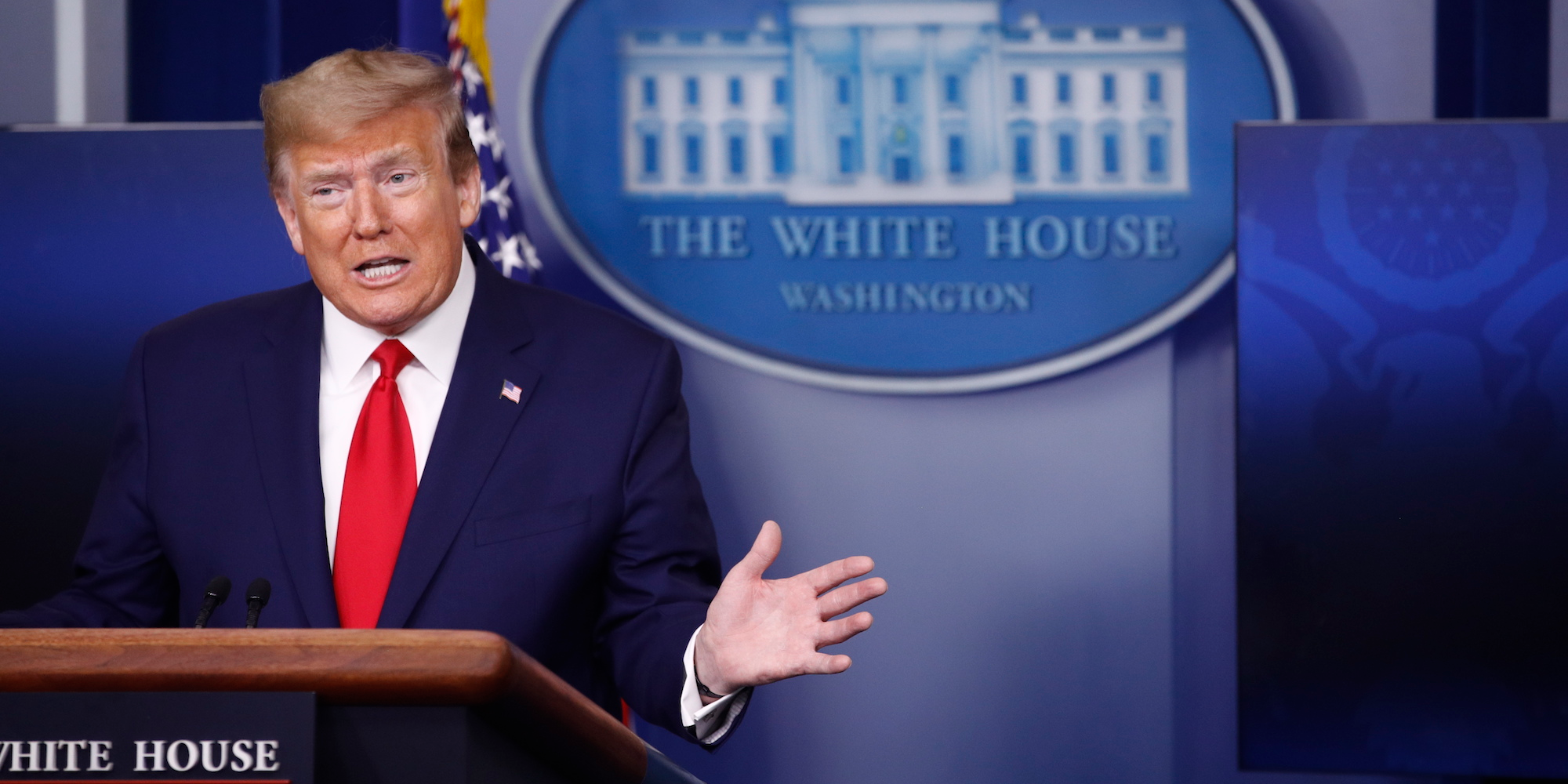 President Donald Trump on Saturday claimed that mosques might be receiving special treatment in the coronavirus lockdown – a claim critics say will stir Islamophobic hostility towards Muslims.

The president on Saturday retweeted a message by conservative author Paul Sperry, asking whether authorities would “enforce the social-distancing orders for mosques during Ramadan (April 23-May 23) like they did churches during Easter.”

At the coronavirus task force briefing at the White House later that day, Trump was asked by a reporter why he had chosen to share the message with his 77 million followers.

He then digressed to accuse some Democratic lawmakers of anti-Israel bias.

It is not clear whom Trump meant by “they” – the Democratic lawmakers, or some authorities who could hypothetically treat mosques and churches differently.

On Twitter, argued that mosques were abiding by social distancing guidelines and accused Trump of stoking Islamophobia.

As Trump incites Islamophobia to deflect blame and rile his base, this is what American Muslims are doing in Texas.

Another day, another example of Trump continuing to spread #Islamophobia… pic.twitter.com/ku0ml0B1ph

The White House did not immediately respond to a request for comment, and for information to substantiate Trump’s claims mosques could receive special treatment.

Trump has long been accused of fostering hostility towards Muslims for political gain, particularly with his pledge to stop Muslims entering the US, one of the cornerstones of his victorious 2016 presidential campaign.

The order was fine-tuned after legal challenges to specify that it applied to several Muslim-majority countries, and was upheld by the US Supreme Court in 2018.

In recent days allies on Fox News, including Tucker Carlson, have been focusing their attacks on Democratic governors for banning gatherings in churches as part of measures to enforce social distancing rules.

Trump, under increasing pressure for his response to the crisis, on Saturday tweeted support for conservative activists in several states who violated social distancing rules to protest against lockdown orders issued by Democratic governors.

The Council on American-Islamic Relations on its website urges American Muslims to observe social distancing rules and “Stay Home, Stay Safe, Stay Strong” during the pandemic.