In a state with one of the largest Somali communities, Trump claims Biden 'will turn Minnesota into a refugee camp' before attacking Rep. Omar again 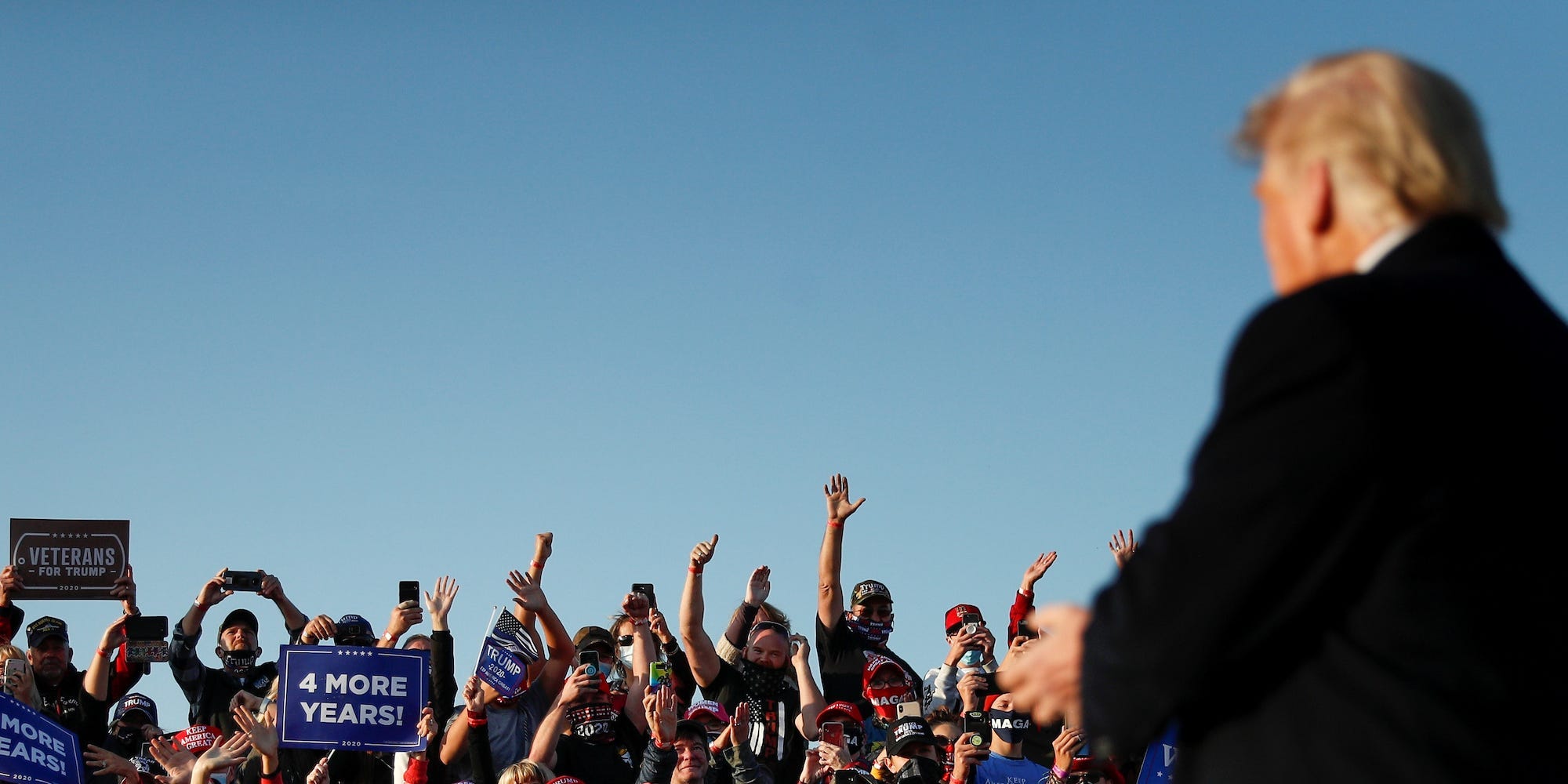 Tom Brenner/ReutersPresident Donald Trump reacts to the crowd at the start of a campaign event at the Bemidji Regional Airport in Bemidji, Minnesota, September 18, 2020.

President Donald Trump claimed Democratic presidential nominee Joe Biden “will turn Minnesota into a refugee camp,” during a rally in the state that also happens to have the largest Somali population in the country.

"Biden will turn Minnesota into a refugee camp" — Speaking in a state with one of the largest Somali populations in the country, Trump goads his fans into booing refugees, prompting "lock her up!" chants directed at Ilhan Omar pic.twitter.com/dT2yuHxFDZ

Trump then went on to attack Rep. Ilhan Omar â€” who came to the US as a Somali refugee when she was a child â€” again and went along as the crowd to chanted “lock her up.”

“What is going on with Omar? I’ve been reading these reports for two years about how corrupt and crooked she is,” Trump said. Also asking, “How the hell did Minnesota elect her? What the hell is wrong with you people?”

Omar is the first Somali-American and one of the first Muslim women to serve in the US House Representatives. Trump regularly makes racist attacks against Omar during his rallies. Last week, Trump lashed out at her for fleeing Somalia. She spent her early years as a refugee who fled Somalia with her family when she was eight years old.

“She’s telling us how to run our country. How did you do where you came from? How was your country doing?” Trump said.

In response to last week’s remarks, Omar said: “Firstly, this is my country & I am a member of the House that impeached you.”

She added: “Secondly, I fled civil war when I was 8. An 8-year-old doesn’t run a country even though you run our country like one.”

During Wednesday’s rally, Trump called refugees “dangerous” and slammed countries such as Yemen, Syria, and Somalia. The Trump administration has repeatedly worked to bar the entrance of refugees and asylum seekers into the US.

In March, Trump halted refugees from entering the country under the premise of trying to stop the spread of the coronavirus. His campaign has even made false ads that claimed refugees were responsible for spreading COVID-19, which were removed by facebook.