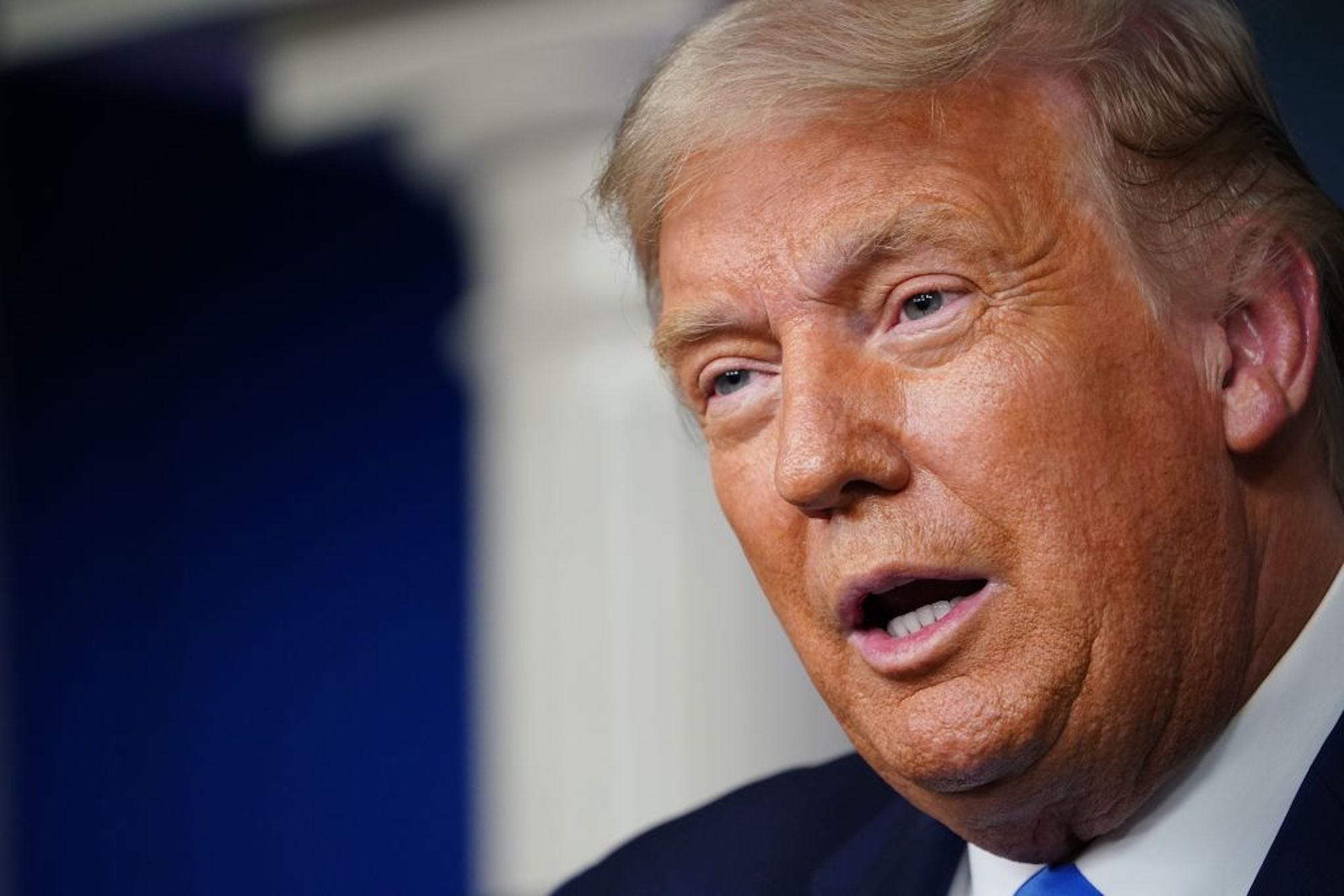 MANDEL NGAN/AFP via Getty ImagesPresident Donald Trump speaks during a press conference in the Brady Briefing Room of the White House on September 23, 2020, in Washington, DC.

President Donald Trump on Sunday suggested that world leaders are backing up his unsubstantiated claim of election fraud, despite several of them having already congratulated President-elect Joe Biden on the victory weeks ago.

“You have leaders of countries that call me and say, ‘That’s the most messed up election we’ve ever seen,'” he said, speaking to Fox Business host Maria Bartiromo.

Trump did not offer evidence to back up his claim that leaders called him and expressed their support. Additionally, the White House has not released any transcripts of such conversations.

Immediately after Joe Biden was declared the winner of the presidential race, several world leaders either made contact with or congratulated him on his victory. Among them was Israeli Prime Minister Benjamin Netanyahu, who had previously tethered himself to Trump and has come to be regarded as one of his closest international allies.

“Congratulations Joe Biden and Kamala Harris,” Netanyahu tweeted. “Joe, we’ve had a long & warm personal relationship for nearly 40 years, and I know you as a great friend of Israel. I look forward to working with both of you to further strengthen the special alliance between the US and Israel.”

In the days after Biden’s victory was announced, the heavyweight governments of Russia, North Korea, and China were notably silent on the results. That group narrowed after Chinese President Xi Jinping congratulated Biden on November 25, over two weeks after the election was called.

Trump over the course of his four-year term has proven himself a fickle leader, making erratic and unprecedented decisions around foreign affairs such as pulling out of the Paris climate accord and authorizing the killing of Iranian general Qassem Soleimani.

Meanwhile, Biden boasts a lengthy track record of political involvement with world leaders, having served in the Senate for more than three decades and as vice president from 2009 to 2017. Biden is therefore more familiar to world leaders than Trump was when he entered office.

Throughout his term, Trump has received low ratings from international observers. In January of this year, a Pew Research poll found that 64% of respondents across 32 countries “do not have confidence in Trump to do the right thing in world affairs.”

More recently, Trump received low confidence ratings from respondents in 13 countries on his handling of the coronavirus pandemic.

That lack of confidence appears to have permeated his relations with world leaders, who acknowledged Biden as the victor much earlier than Trump.

At one point, Trump appeared to concede the results and acknowledge Biden’s victory. But he quickly walked back those comments, saying “I concede NOTHING.”

Read more: Joe Biden is hiring about 4,000 political staffers to work in the White House and federal agencies. Here’s how you can boost your chances getting a job in the new administration, according to 3 experts