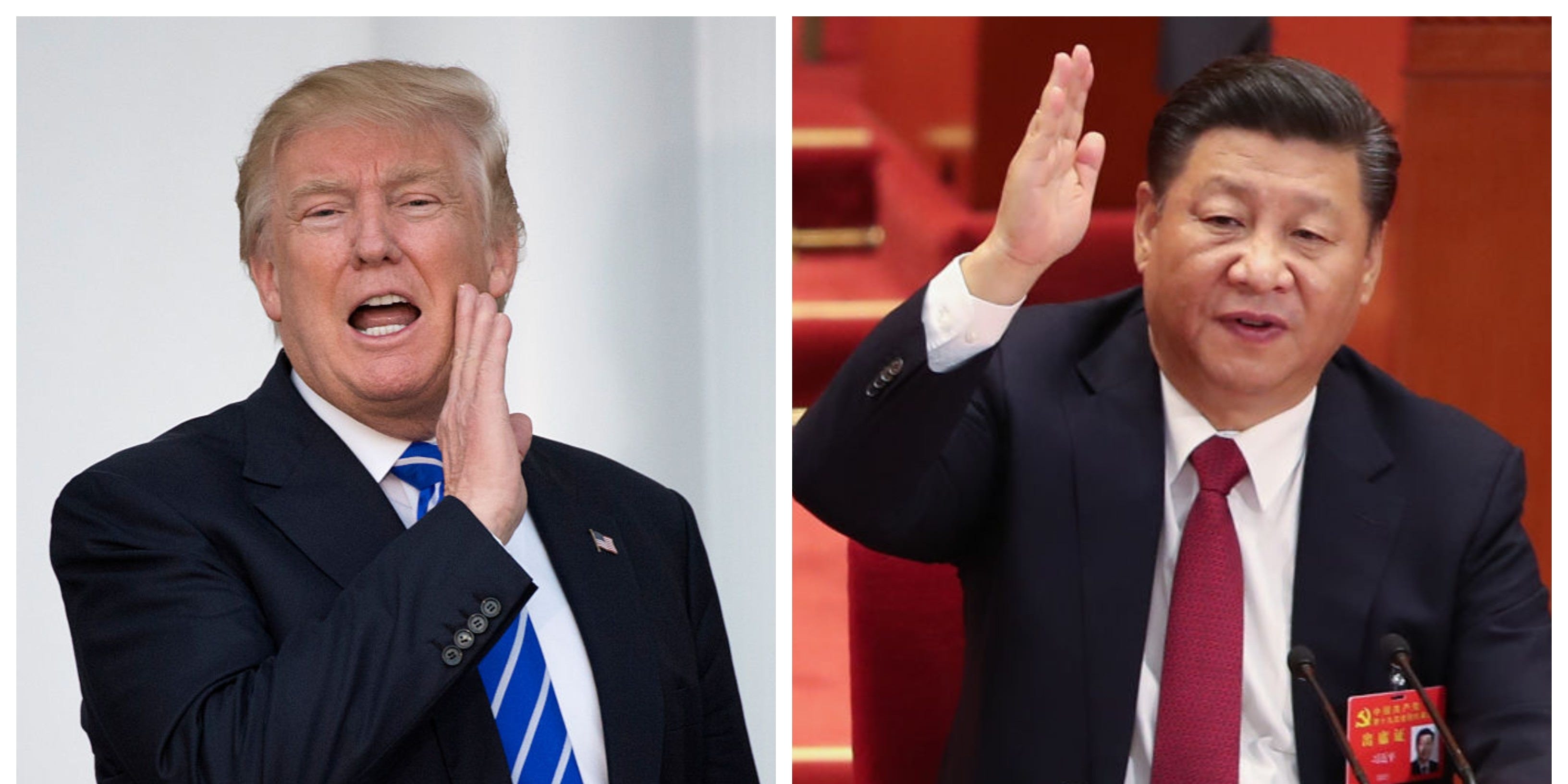 President Donald Trump upped his attacks on the World Health Organisation on Monday, writing in a letter to its director-general that he would end US funding and membership if the agency did not make “major substantive improvements” in the next 30 days.

In the four-page correspondence, which was shared on Twitter, Trump accused WHO of failing in its response to the COVID-19 pandemic and cozying up to China.

“The only way forward for the World Health Organisation is if it can actually demonstrate independence from China,” Trump wrote. “My Administration has already started discussions with you on how to reform the organisation.”

“I cannot allow American taxpayer dollars to continue to finance an organisation that, in its present state, is so clearly not serving America’s interests,” he added.

WHO has declined to comment on Trump’s letter, but it has defended the agency’s role in the COVID-19 pandemic. 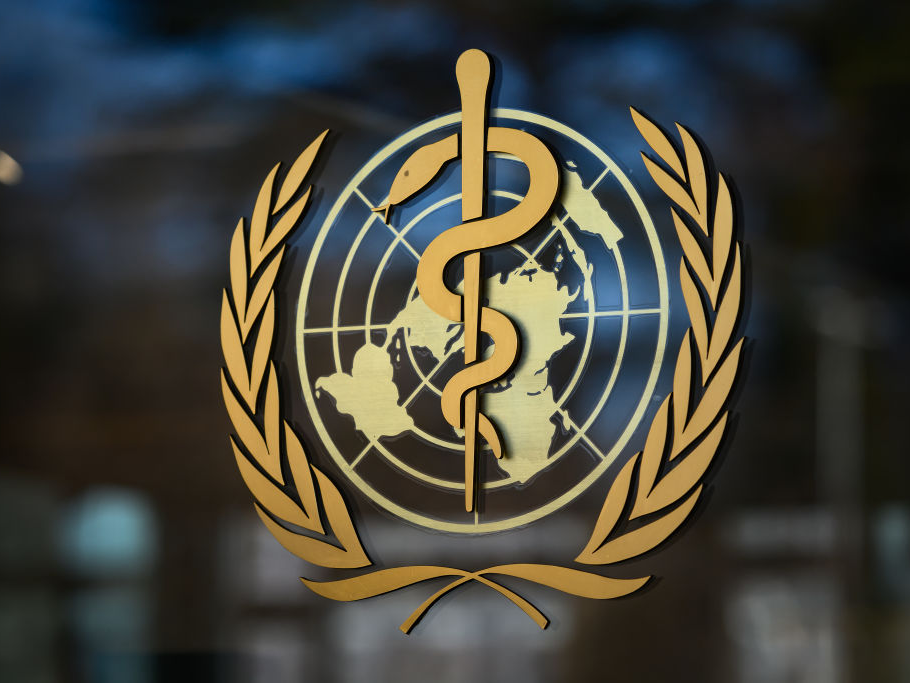 Trump’s censure of WHO began last month, when he announced he would suspend roughly $US400 million in US funding to the agency. Until then, the US was the largest financial contributor to WHO.

On Monday, Trump also refused an invitation to speak at WHO’s virtual gathering, accusing the organisation of being a “puppet of China.”

“I think they have done a very sad job in the last period of time,” the president had said.

Trump is not alone in his disapproval of WHO’s performance during the coronavirus pandemic – critics have accused the organisation of assisting China’s efforts to suppress information on the coronavirus, which originated in the city of Wuhan late last year.

In particular, the Trump administration has criticised WHO’s claim in mid-January that there was no known human-to-human transmission of the virus.

John Lee, a senior fellow both at the United States Studies Centre in Sydney and at the Hudson Institute in Washington, DC, told Business Insider that WHO’s leadership had developed “an unacceptably intimate and cosy relationship with Beijing” in recent years. 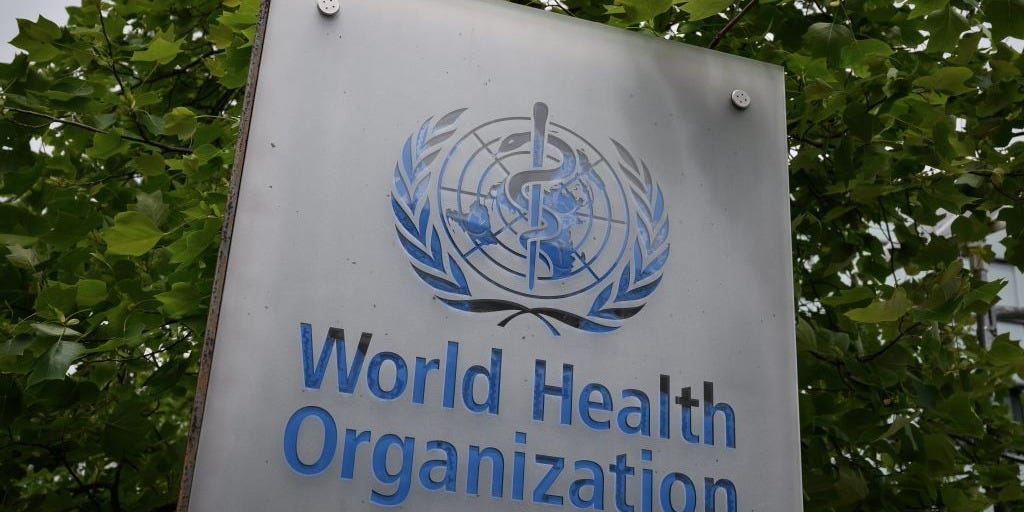 FABRICE COFFRINI/AFP via Getty ImagesThe World Health Organisation logo in Geneva next to its headquarters.

Trump weakens the WHO while telling it to be ‘independent’

While experts acknowledge gaps in WHO’s diplomatic handling of the virus, and have noted China’s attempts to exert influence over the agency, Trump’s letter indicates that he expects the same sense of loyalty from WHO for which he has denounced China.

“One thing that strikes me about the letter, which is remarkable, is a deep irony,” said Suerie Moon, the director of research at the Global Health Centre at the Graduate Institute, Geneva, who is also an adjunct lecturer at the Harvard TH Chan School of Public Health.

“Trump is right that the world needs a stronger, more independent WHO, but his move is exactly what weakens it -when governments baldly use money and other means of leverage to try to influence WHO’s decisions or actions.”

Moon said Trump’s assertion that WHO needed to “demonstrate independence from China” while demanding that the organisation serve “America’s interests” was paradoxical. 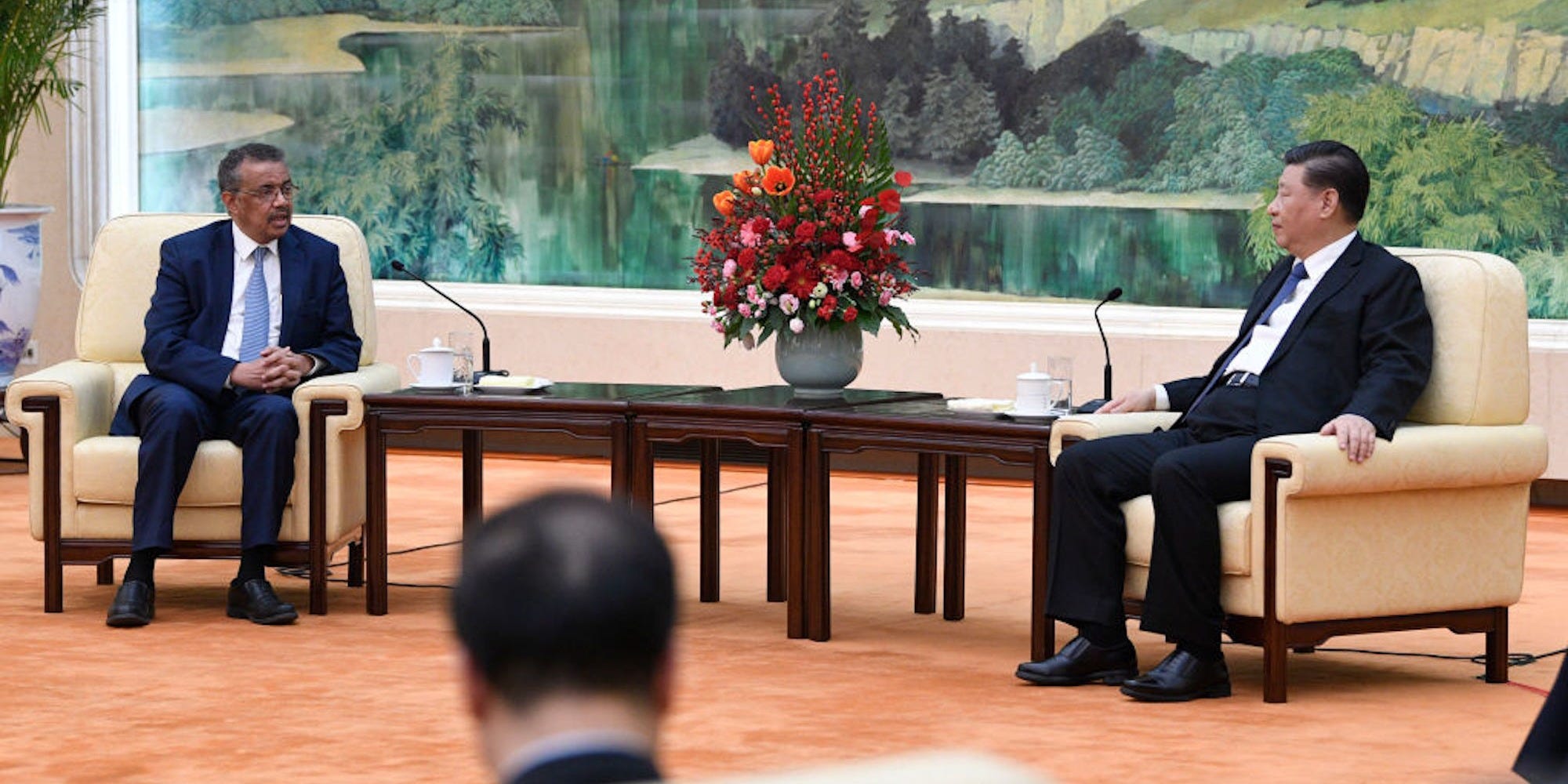 NAOHIKO HATTA/AFP via Getty ImagesWorld Health Organisation Director-General Tedros Adhanom Ghebreyesus with Xi at the Great Hall of the People in Beijing on January 28.

Trump pushing WHO into China’s arms

David Fidler, an adjunct senior fellow for cybersecurity and global health at the Council on Foreign Relations, said Trump was in fact demanding that WHO become “subservient” to the US in a power play against China.

“The tone of the letter suggests that the WHO must become independent from China by becoming more dependent on – and subservient to – the United States and its interests,” he told Business Insider.

According to Fidler, Trump’s threatening letter not only hurts US credibility but might even further push the organisation into China’s arms.

“The US government has never depended only on information provided by the WHO in terms of protecting the health of the American people,” Fidler said.

“President Trump’s letter makes the United States appear weak and gullible in blaming the WHO for how the organisation interacted with China.”

Fidler continued: “Threatening to permanently cut off funding and leave the organisation is the best way to ensure that the WHO becomes more dependent on China and its interests – an outcome no one in global health should welcome, even if it helps keep the WHO afloat without the United States.”