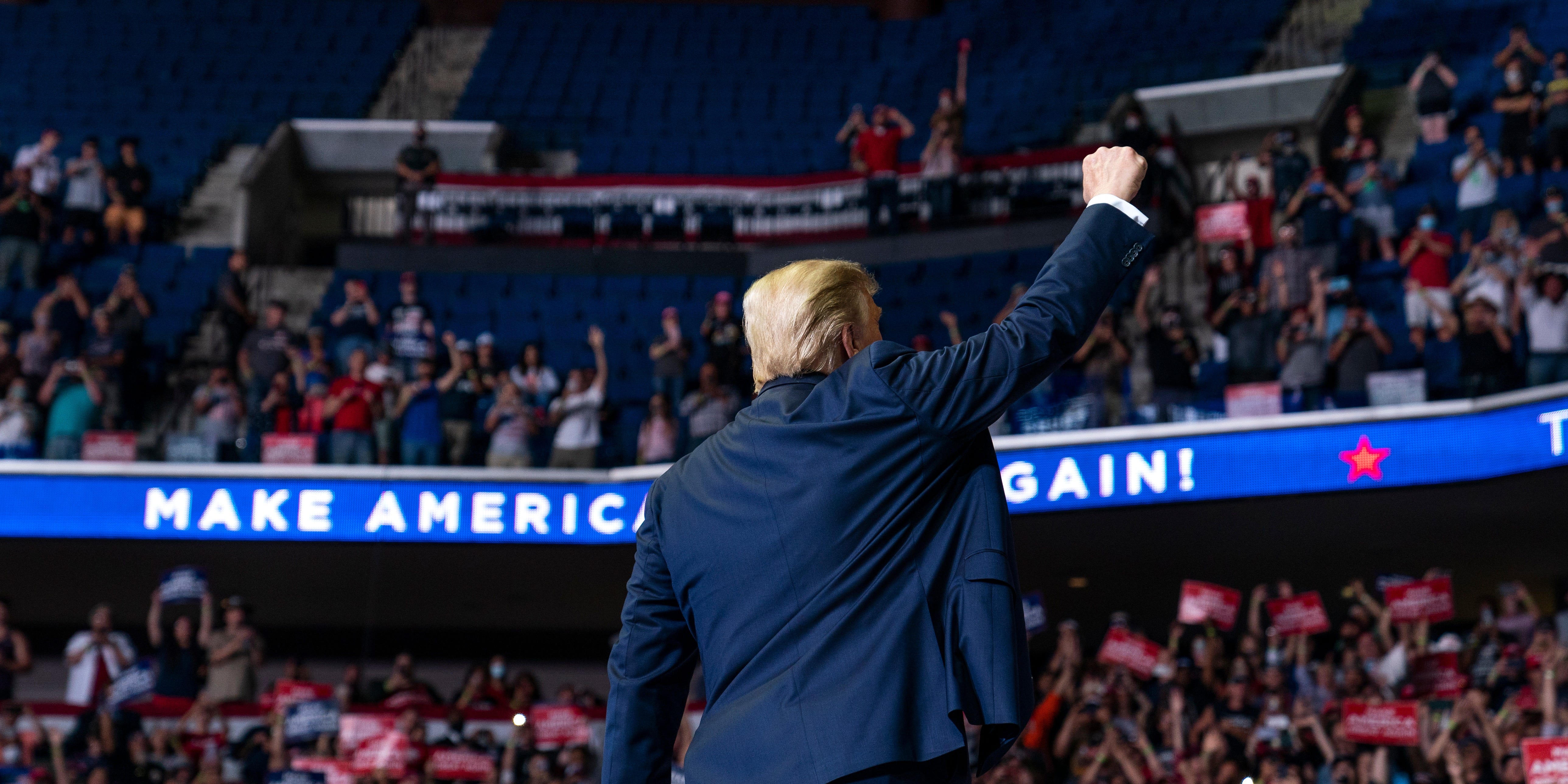 Brad Parscale, President Trump’s re-election campaign manager, on Sunday rejected news reports that a social media campaign led by fans of Korean pop (K-pop) music and other TikTok users was responsible for the low turnout at the campaign event.

“Leftists and online trolls doing a victory lap, thinking they somehow impacted rally attendance, don’t know what they’re talking about or how our rallies work,” Parscale said in a statement, adding he believed reporters had “behaved unprofessionally and were willing dupes to the charade.”

Several outlets from The New York Times, to Business Insider, to CNN, noted that people who participated in the social media campaign, which largely took place on TikTok but also included involvement from users on Twitter, Instagram, and Facebook, have claimed responsibility for influencing the rally turnout.

The movement, largely led by fans of K-pop, encouraged social media users to register as attending to the president’s rally without showing up. RSVPing to the event did not guarantee entry, as rally-goers were let in on a first-come, first-served basis.

Parscale rejected such reports and said the campaign was able to detect people who registered but did not plan to attend.

“Registering for a rally means you’ve RSVPed with a cell phone number and we constantly weed out bogus numbers, as we did with tens of thousands at the Tulsa rally, in calculating our possible attendee pool,” Parscale said. “These phony ticket requests never factor into our thinking.”

On June 15, Parscale in a tweet suggested that more than one million people had requested tickets for the rally. President Trump also tweeted a similar figure last week. Tulsa officials had predicted a smaller 100,000.

Over 1M ticket requests for the @realDonaldTrump #MAGA Rally in Tulsa on Saturday.

Before entering each guest will get:

There will be precautions for the heat and bottled water as well.

Approximately 6,200 people showed up at the rally, according to the Tulsa Fire Department, which is about 161 times less than the 1,00,000 figure Parscale predicted last week and 16 times smaller than the more conservative estimate from Tulsa officials.

The Trump campaign did not respond to a Business Insider request for comment about how Parscale reached his one million projection that he tweeted on June 15, how many “bogus numbers” were removed, or how the campaign determined whether a number was “bogus.”

Instead, in his Sunday statement, Parscale blamed the “fake news media” for inciting fear related to COVID-19 and ongoing nationwide protests – which have mostly been peaceful but sometimes have involved looting and violent clashes between police and protesters – following the police killing of 46-year-old George Floyd in Minneapolis.

“The fact is that a week’s worth of the fake news media warning people away from the rally because of COVID and protesters, coupled with recent images of American cities on fire, had a real impact on people bringing their families and children to the rally,” Parscale said.

As Business previously reported, experts warned that the president’s rally with a large crowd in an indoor venue presented the potential to be a COVID-19 superspreader event.Six of the president’s campaign staff tested positive ahead of the event, though they did not work at the rally, according to the campaign.

Parscale also blamed the rally’s low attendance on reports that protesters outside the rally blocked the entrances to the event, claiming that some of the president’s supporters were unable to get inside the venue. The campaign cancelled the president’s remarks scheduled to take place at an outdoor stage outside the BOK Centre due to low attendance, according to CNN.

Just like Trump promised, the US is ‘tired of winning.’ The only problem is we’re ‘winning’ in the worst ways.

Fed Chair Powell has prodded Congress to ramp up federal relief spending. Here are the 3 additional steps he thinks the government should take to keep the economy afloat.