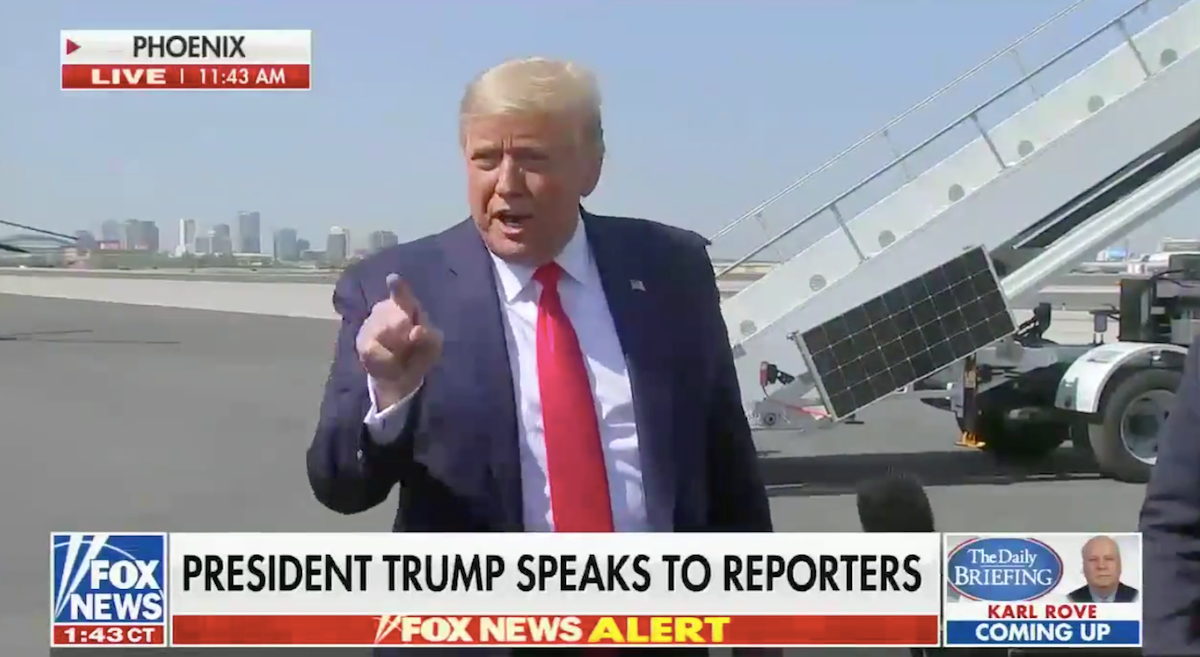 Donald Trump told a reporter he was a “criminal” for not reporting contested allegations that Joe Biden’s son Hunter tried to set up a meeting with a Ukrainian official while he was the vice president.

Speaking to reporters in Phoenix, Arizona on Monday, the president told Jeff Mason “you’re a criminal for not reporting it” after the Reuters journalist asked: “Your campaign strategy seems to be to call Biden a criminal, why is that?”

“You’re a criminal for not reporting it.

The president of the United States says that a reporter asking him a question is "a criminal for not reporting" on the Hunter Biden smear story. pic.twitter.com/g7gVI4K2YB

The New York Post last week reported that Hunter Biden, who Trump has singled out for criticism on several occasions during the election campaign, in 2014 emailed Ukrainian gas executive Vadym Pozharskyi asking for “advice on how you could use your influence to convey a message.”

Business Insider has reported that there are major questions over the authenticity of the emails reported by the New York Post, how they were uncovered, and how the publication obtained them.

The same report alleged that in 2015 Pozharskyi, a senior executive at the Ukrainian natural-gas company Burisma Holdings, emailed Hunter Biden thanking him for “inviting me to DC and giving an opportunity to meet your father” and to “spend some time together.”

Joe Biden last week described the story as a “smear campaign” and his campaign’s spokesperson, Andrew Bates, refuted the report, saying there was no evidence of the Democratic candidate ever meeting with Pozharskyi as alleged.

“The New York Post never asked the Biden campaign about the critical elements of this story…moreover, we have reviewed Joe Biden’s official schedules from the time and no meeting, as alleged by the New York Post, ever took place,” Bates said in a statement.

Trump has targeted Hunter Biden on several occasions during the election campaign. During the first televised debate between the candidates, he attacked his past issues with substance abuse. Biden in response said: “He’s overtaken it, he’s fixed it, he’s worked on it. And I’m proud of him. I’m proud of my son.”