Donald Trump renewed his calls for $2,000 checks, but it's unclear if he'll veto the bipartisan stimulus package 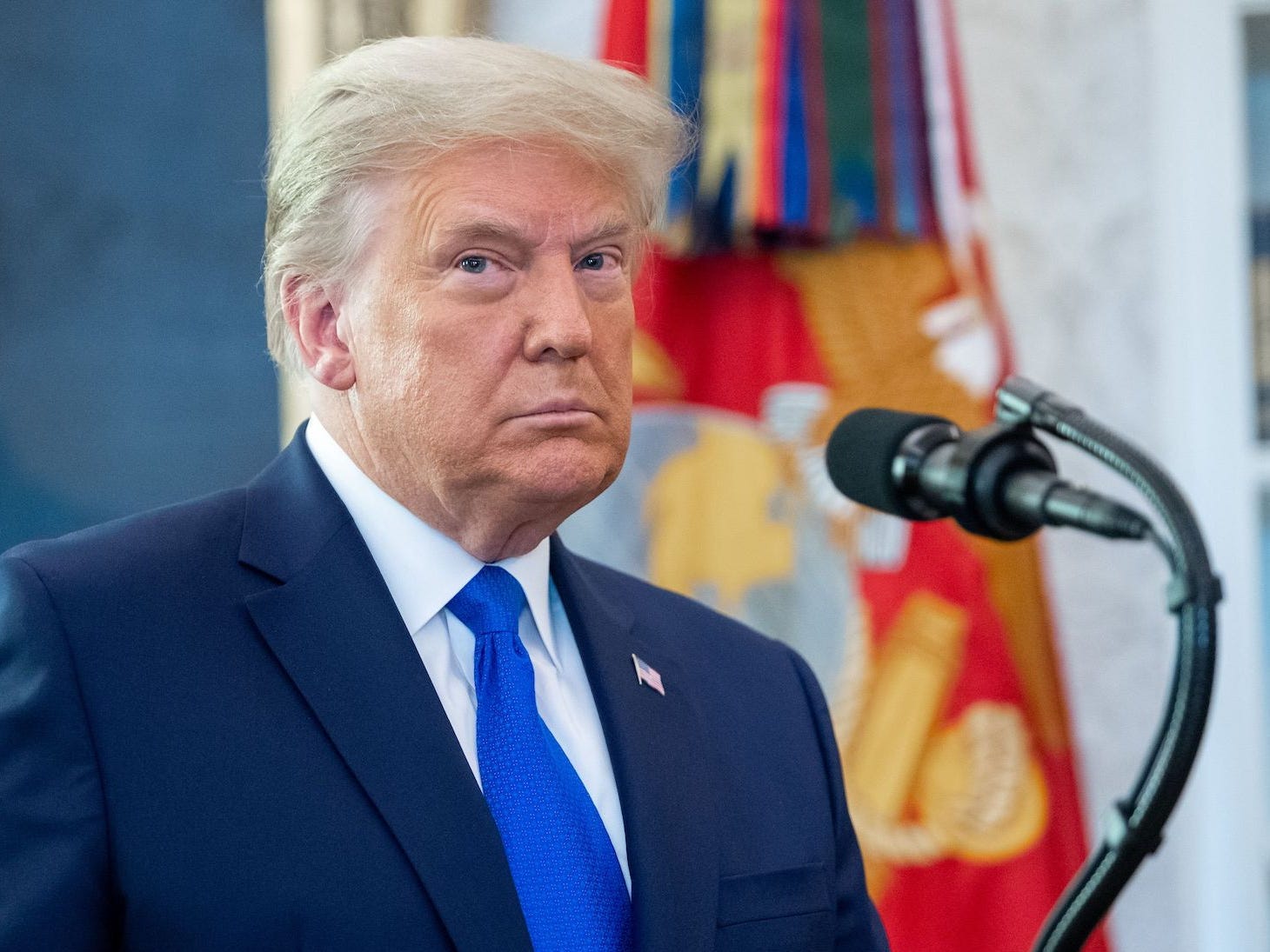 Photo by SAUL LOEB/AFP via Getty ImagesUS President Donald Trump looks on during a ceremony presenting the Presidential Medal of Freedom to wrestler Dan Gable in the Oval Office of the White House in Washington, DC on December 7, 2020.

President Donald Trump has once again called for $US2,000 direct payments instead of the $US600 checks currently included in the stimulus package.

“Made many calls and had meetings at Trump International in Palm Beach, Florida,” he tweeted Friday afternoon. “Why would politicians not want to give people $US2000, rather than only $US600? It wasn’t their fault, it was China. Give our people the money!”

It’s still unclear is if Trump will sign â€” or veto â€” the $US900 billion stimulus relief package, which was flown out to him on Thursday for his signature. The president is currently in Florida where he’s been out golfing.

Trump first criticised the stimulus package Tuesday, saying he would ask Congress to amend the bill to raise direct payments from $US600 to $US2,000. Following Trump’s support for $US2,000 checks, Democrats quickly moved to try and increase the size of the checks.

Democratic leaders attempted to use “unanimous consent” â€” where every lawmaker had to approve the measure â€” to increase the size of the checks, but House Republicans ultimately blocked the measure, Insider’s Joseph Zeballos-Roig reported.

House Speaker Nancy Pelosi said she that she would bring the House back into session on Monday to vote on $US2,000 checks.

If a deal isn’t reached, about 14 million Americans are at risk of losing their unemployment benefits on Saturday, according to The Washington Post. The pandemic has already upended the job market, leaving permanent damage in its wake.

A White House spokesperson did not immediately respond to Insider’s request for comment.