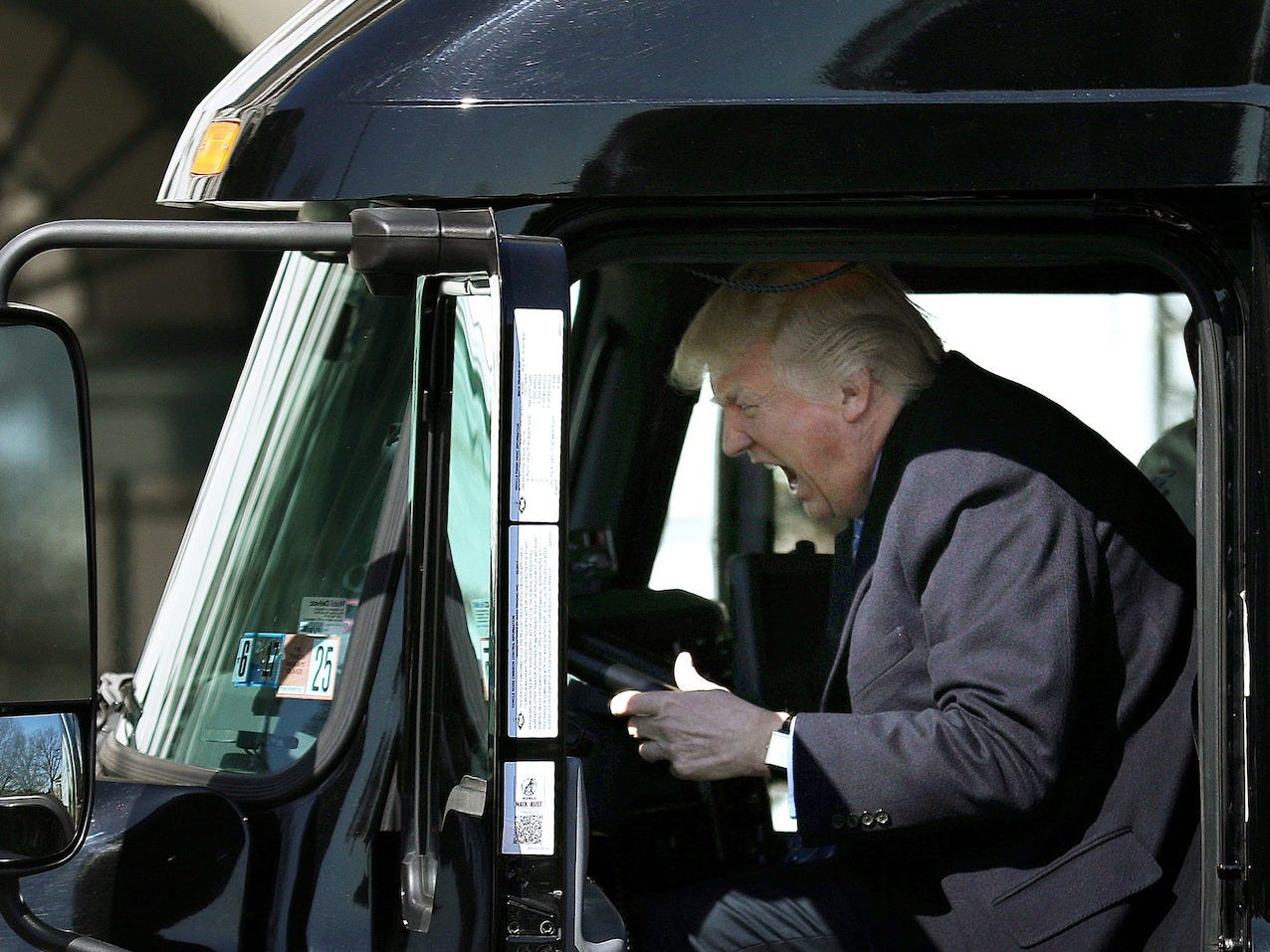 Carlos Barria/ReutersPresident Donald Trump called out the only Black driver in NASCAR in a tweet Monday demanding an apology and questioning the sport’s ratings.

After the number of known COVID-19 deaths in the US approached 130,000 over the weekend, President Donald Trump woke up Monday morning and tweeted about NASCAR ratings.

In a tweet reminiscent of his attacks on NFL players who knelt to protest police brutality, Trump again inserted himself in an issue involving race in sports, lashing out at Bubba Wallace, the only Black driver in NASCAR, and seeming to take issue with the sport’s decision to ban the Confederate flag at its events.

“Has @BubbaWallace apologised to all of those great NASCAR drivers & officials who came to his aid, stood by his side, & were willing to sacrifice everything for him, only to find out that the whole thing was just another HOAX?” the president asked on Twitter. “That & Flag decision has caused lowest ratings EVER!”

Wallace has quickly become one of the most compelling drivers in the sport, having spoken on social issues and led the charge to ban the Confederate flag from the racing league.

In June, a noose was found hanging in Wallace’s garage stall before a race, resulting in the racing world rallying around him in an impressive moment of solidarity. An investigation, however, found that the noose was not a direct racist attack against Wallace, as it had been hanging in the same spot as far back as October, long before he had been assigned the stall.

Trump’s reference to a “hoax” echoes the view of some who accused Wallace of seeking publicity over the incident.

A photo from NASCAR, however, indicated why the noose had been seen as a threat, and reporters quickly noted after Trump’s tweet that Wallace wasn’t even the one who reported the incident to NASCAR.

It’s unclear also how Trump came to the conclusion that the sport had seen low ratings recently. The sport actually saw 11.2 million new fans tune in through its first nine races back after coronavirus-related postponements, according to NBC News. There have been positive indications more recently as well.

A fellow NASCAR driver, Tyler Reddick, defended Wallace in a direct response to Trump’s tweet, which he later deleted, writing: “We don’t need an apology. We did what was right and we will do just fine without your support.”

Trump was further criticised by others on Twitter, with several reporters noting that Wallace wasn’t the one to report the incident to NASCAR.

So, @BubbaWallace didn’t report the noose, never even saw the noose. NASCAR President Steve Phelps informed Bubba about it, hours after it was found— shortly before telling the media in a statement.

This was the “garage pull” NASCAR said it found in (only) the 43 garage https://t.co/HVEqzT0nP7 pic.twitter.com/f5yla4Itl8

it wasn’t a “hoax,” and Bubba Wallace wasn’t even involved in reporting it. https://t.co/gBBZvrHae8

Mr. President, your premise is false.

1) It wasn't a "hoax." Everyone involved truly believed it was threat directed at Wallace. And Wallace didn't report it; he was informed about it.

2) There hasn't been any noticeable impact on the ratings, which are not the lowest ever.

Chances are, Trump would prefer fewer people saw what happened on Sunday at Indianapolis Motor Speedway. The No. 32 car driven by Corey LaJoie debuted a new “Trump 2020”-themed paint job at the race after gaining sponsorship from the pro-Trump Patriots of America PAC.

Just 16 laps in, LaJoie’s car was involved in a crash in pit row and was forced out of the race.

A huge mess at @oreillyauto Pit Reporter @BradGillie's in. He reports a jack is in the middle of pit road. Both JTG cars, Allgaier, Truex Jr and Corey LaJoie were involved. One of Ryan Blaney's crew member was hit during the incident. pic.twitter.com/FjttIutKTF

Wallace went on to finish the race in ninth place for his third top-10 finish of the season.

I went to Liverpool FC’s Anfield homecoming after winning the English Premier League, and the place was a ghost town

NBA POWER RANKINGS: Where the 22 teams heading into the Disney World bubble stand when the season resumes