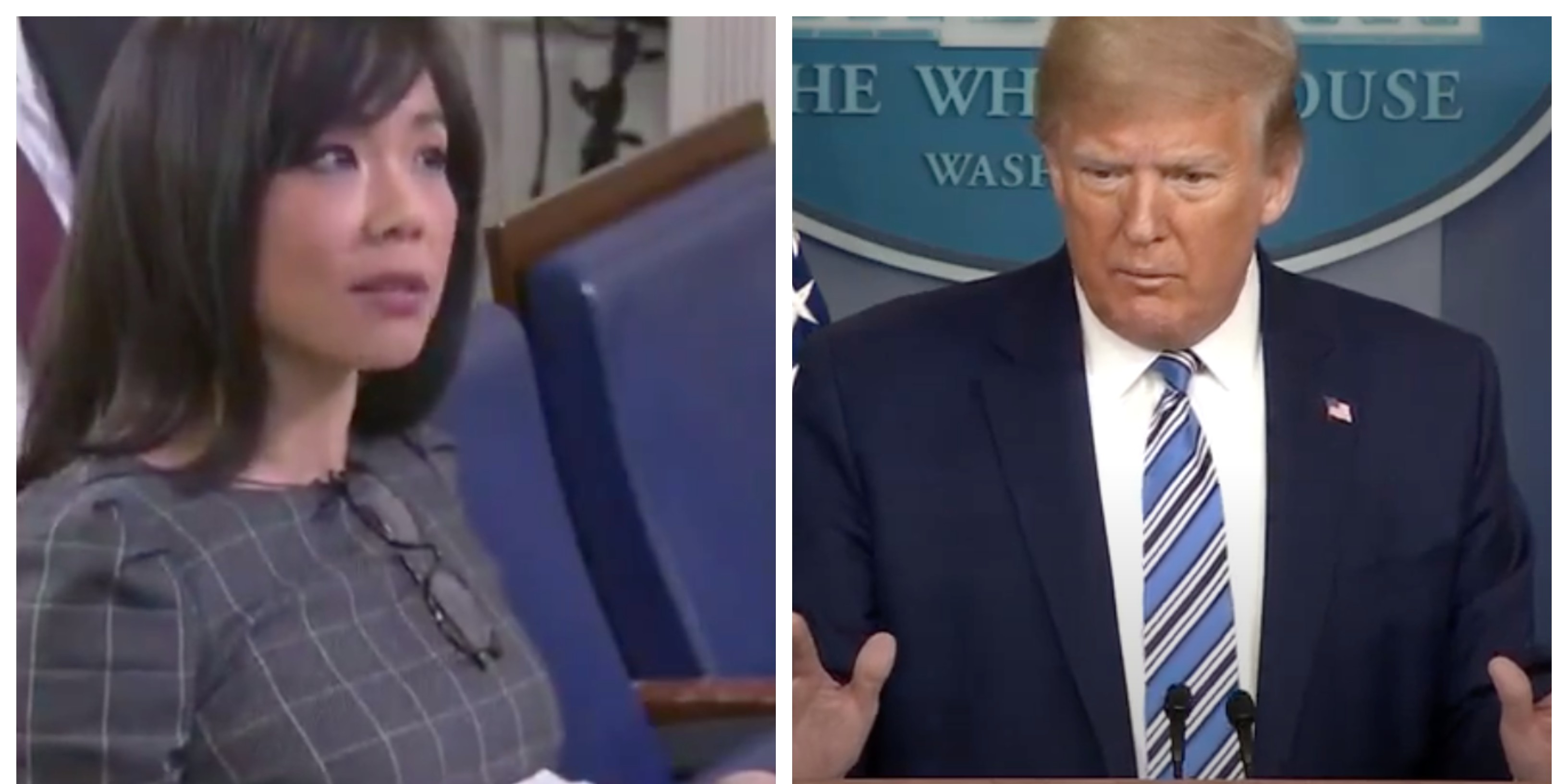 President Donald Trump lashed out at a female reporter on Sunday after she pressed him on why he didn’t warn Americans about the novel coronavirus earlier.

Jiang pushed Trump on comments he made during a press conference on Thursday.

“Many Americans are saying the exact same thing about you,” Jiang told Trump. “That you should have warned them that the virus was spreading like wildfire through the month of February instead of holding rallies with thousands of people. Why did you wait so long to warn them, and why did you not have social distancing until March 16?”

Trump proceeded to ask her which outlet she worked for and defended his actions, mentioning the travel restrictions he imposed on China in early February shortly after the World Health Organisation declared the coronavirus a global health emergency.

“So if you look at what I did in terms of cutting off China–” Trump said, before Jiang interrupted.

“Chinese nationals,” she said. “Not Americans who were also coming from China.”

Trump argued that everyone was “amazed” by his efforts to bar Chinese nationals from entering the country.

“I was very, very early,” Trump said of his containment effort in February.

Jiang responded: “You’re the president, and you didn’t warn people that the virus was spreading so quickly.”

“When you issued the ban, the virus was already here,” she added.

Trump pivoted to talking about how few cases of the virus were recorded in the US when he announced his travel restrictions and told Jiang that she needed to “do her research.”

“How many cases were in the United States when I did my ban?” Trump asked. When Jiang began to respond, Trump asked her to “keep your voice down please.”

Trump has come under intensified scrutiny for his administration’s slow response to the coronavirus crisis despite reports indicating that US intelligence warned Trump in January and February about the likelihood of a pandemic.

Trump also on Sunday criticised the CNN reporter Jeremy Diamond, who asked why Trump was taking a celebratory tone at the press briefing – playing a video showing Gov. Andrew Cuomo of New York complimenting him – even with the official US coronavirus death toll passing 40,000. The two interrupted each other multiple times in a minutes-long exchange.

Last week, Trump lashed out at another CBS News reporter, Paula Reid, after she asked him about his lack of response to the virus in February.

“A lot, a lot,” he responded, before criticising CBS News, calling her a “fake.”

Trump also went off on the “PBS NewsHour” reporter Yamiche Alcindor last month after she questioned Trump on previous statements he made implying that some states may not need as much medical equipment as they’d requested. He told Alcindor to “be nice” and not “be threatening.”