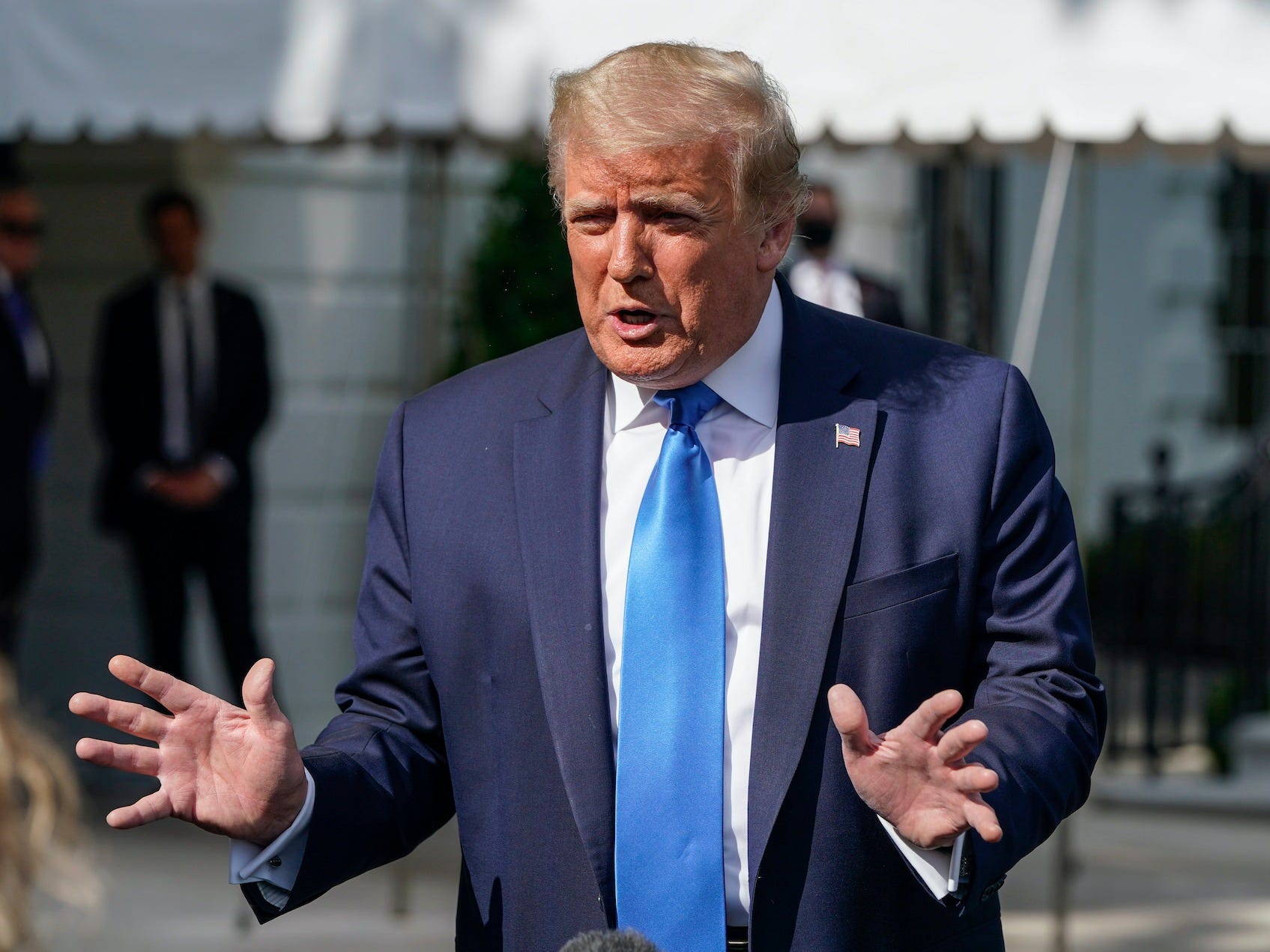 President Donald Trump has been pushing to reopen schools across this country this fall for the sake of the economy. He has even threatened to cut off funding, as a number of states see surges in coronavirus cases and parents express safety concerns about sending their children back to the classroom.

In a news conference on Monday, Trump reemphasized his stance. But in doing so, he brushed past a question about how reopening schools can be – and recently was – fatal to teachers.

A reporter questioned Trump about Kimberley Chavez Lopez Byrd, a teacher in Arizona who died at 61 years old due to the coronavirus in late June: “What do you tell parents, who look at this, who look at Arizona where a teacher recently died teaching summer school, parents who are worried about the safety of their children in public schools?”

He didn’t directly address the question. “Schools should be opened,” Trump said. “Those kids want to go to school. You’re losing a lot of lives by keeping things closed. We saved millions of lives while we did the initial closure.”

Some schools have already committed to continuing remote learning, while others weigh hybrid classes, and others still, like Orange County, California, decided a return to the classroom without masks or social distancing is completely fine.

Arizona Gov. Doug Ducey said in-person classes are to be delayed until at least August 17, but Arizona teachers still think that’s too soon.A recent survey of over 7,600 teachers affiliated with the Arizona Education Association – the largest teachers’ union in the state – found that eight in 10 teachers polled believe schools should not reopen unless health officials deem it safe for both students and staff.

Joe Thomas, the president of the union, took to Twitter to comment on Trump’s Monday statement. Trump “immediately brushed aside” Byrd’s death, “whose loss has devastated her community and increased the anxiety of parents and educators across the state,” he wrote. “He’s OK with us dying.”

Byrd shared a classroom with two teachers who were also infected with the coronavirus around the same time, even though all of them had been taking necessary precautions like wearing masks. Both surviving teachers, Jena Martinez and Angela Skillings, spoke out on CNN Monday night.

“Schools are not ready to open,” Skillings said on air. “There’s no documentation that children aren’t going to transmit it back and forth in the classroom or that it isn’t going to affect them harshly,” she continued.