Trump's wave of attacks on Obama is an attempt to neutralise him as a powerful surrogate for Joe Biden, report says 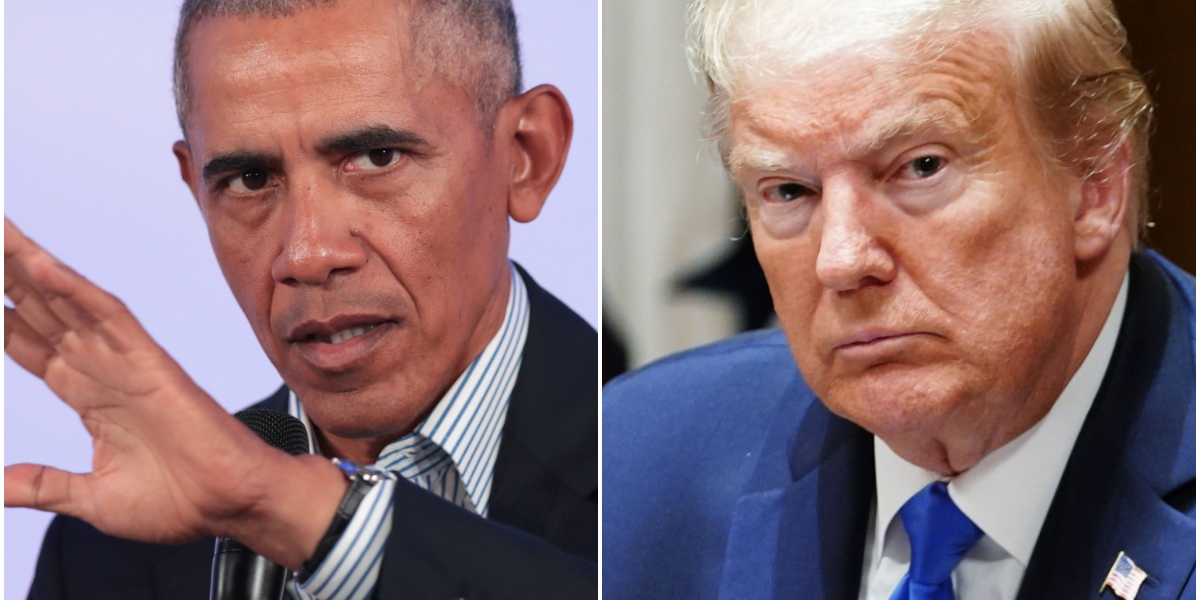 In recent days President Donald Trump has made a series of sinister but ill-defined allegations against his predecessor in the White House, Barack Obama, which are fast becoming a centrepiece of his reelection campaign.

Under the “Obamagate” slogan, Trump has on social media and in press conferences accused the former president of being part of a plot to bring him down before he took office.

On Thursday, in an interview with Fox Business, he went a step further, calling for Obama to be brought before the Senate “to testify about the biggest political crime and scandal in the history of the USA,” a step that would without precedent in US history.

The specifics of “Obamagate” have not been well-defined, despite Trump’s insistence on its obvious criminality.

But it appears to involve the decision in 2017 to publicly reveal the identity of Michael Flynn, Trump’s former national security adviser, while he was under investigation as part of the probe into allegations of Russian collusion.

Former Obama officials have accused Trump of launching the narrative as an attempt to distract from his response to the coronavirus.

But, according to a report by The Washington Post on Thursday. at the root of the new focus on the former president is a political ploy designed to neutralise Obama’s usefulness to Biden on the campaign trail.

Barack Obama remains one of the most popular political figures in the US, in 2018 topping a Pew survey of the best US president of respondents’ lifetimes.

The Trump campaign sees that as a threat, the Post says, as Obama prepares to contribute more publicly to Biden’s campaign to unseat Trump in the November presidential election.

Sources told The New York Times that Trump is confident that his administration’s intelligence community appointees will be able to drum up enough material to lend the allegations a sheen of credibility.

On Thursday Trump for the first time pulled Biden into the “Obamagate” controversy, seizing on a document released by Richard Grenell, acting director of US national intelligence, showing Biden’s name among several senior Obama administration intelligence to authorise Flynn’s “unmasking.”

Unmasking refers to the identification of someone referred to anonymously in an intelligence document, and is a relatively uncontroversial practice. But Trump and his allies are seeking to portray Flynn’s as something more sinister.

From the Obama “birther” conspiracy with which he launched his political career, to the unsubstantiated allegation about Biden’s dealings in Ukraine that were the focus of his impeachment trial, the use of conspiracy theories to smear opponents and rile up populist anger has long been a core Trump tactic.

In response, the Biden campaign advanced the theory that Trump is turning to “Obamagate” to distract people from the coronavirus pandemic.

“Donald Trump’s attempt at dishonest media manipulation to distract from his response to the worst public health crisis in 100 years has backfired,” said Andrew Bates, a spokesman for Biden’s campaign.

For allies on the Fox News network though it is a welcome change from the coronavirus crisis headlines that have eroded Trump’s support.

According to the Guardian, in recent days the network has devoted more airtime to “Obamagate” than to the coronavirus.