Trump repeatedly attacked his former ally the Drudge Report, instead boosting other right-wing outlets more favourable to him 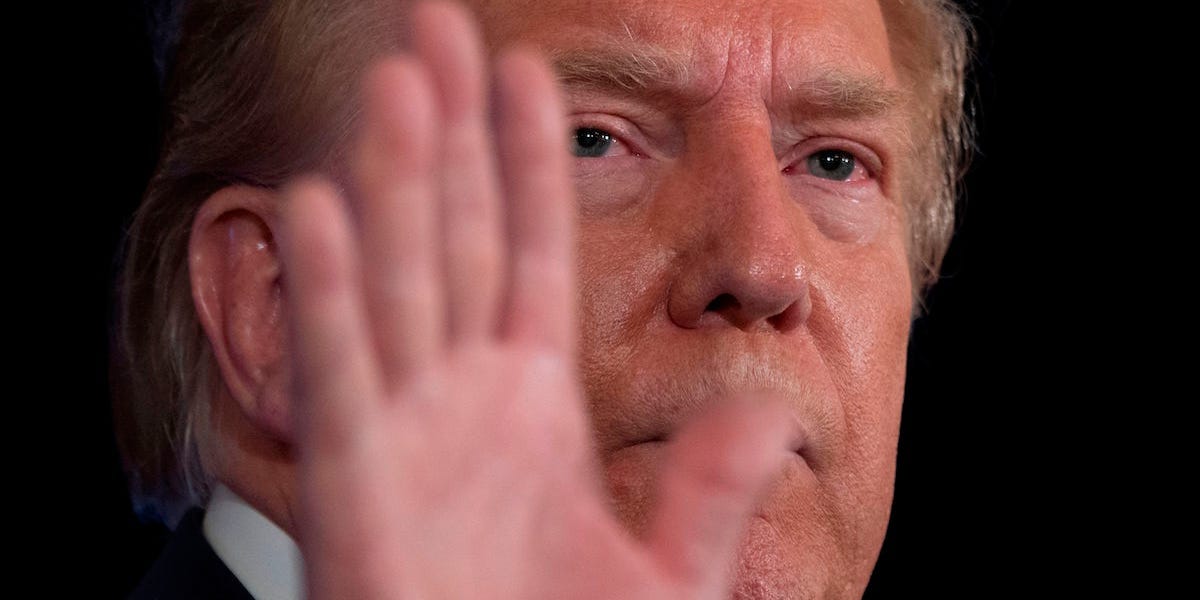 President Donald Trump hit out at the Drudge Report, a conservative news aggregation website that gets tens of millions of views a month.

Trump claimed the website is doing “poorly” because of its founder’s perceived lack of enthusiasm for his re-election campaign.

Trump tweeted about Matt Drudge on Tuesday, claiming “Drudge didn’t support me in 2016, and I hear he doesn’t support me now. Maybe that’s why he is doing poorly.” He later highlighted the work of other right-wing websites instead.

Trump was critical of the site, an aggregator which mostly shares links to other pages, for giving prominence to a report about him denying having a “mini-strokes.”

Trump had tweeted the denial earlier on Tuesday, claiming that “they” were incorrectly claiming that a series of “mini-strokes” were the reason for his unannounced visit to the Walter Reed medical centre last November, though no news outlets had published the claim.

It is not clear where the “mini-strokes” claim originated. It had been mentioned fleetingly on Twitter but had not received mainstream attention.

Trump did not explain who he said was spreading the claim, which first came to prominence in his tweet.

A newly-released book by New York Times correspondent Michael Schmidt describes a hospital visit by Trump but says nothing about strokes.

After Trump’s tweet, his physician released a statement to say that Trump hadn’t had a stroke or a mini-stroke.

In his tweet about the Drudge Report, Trump said: “His Fake News report on Mini-Strokes is incorrect. Possibly thinking about himself, or the other party’s ‘candidate’.”

The tweet linked to a post by The Revolver, a self-styled alternative to the Drudge Report which says that Drudge “no longer has its finger on the pulse of America. “

And Trump since shared articles by other right-wing media outlets, The Blaze and The National Pulse, while also praising the latest episode of Fox News host Tucker Carlson’s show.

The Drudge Report, though conservative-leaning, frequently shares stories that allege wrongdoing by Trump and his allies.

Its main headline early on Wednesday morning linked to a Washington Post story about allegations made by a former senior advisor of First Lady Melania Trump, who claimed that Melania used private email and messaging accounts while in the White House. 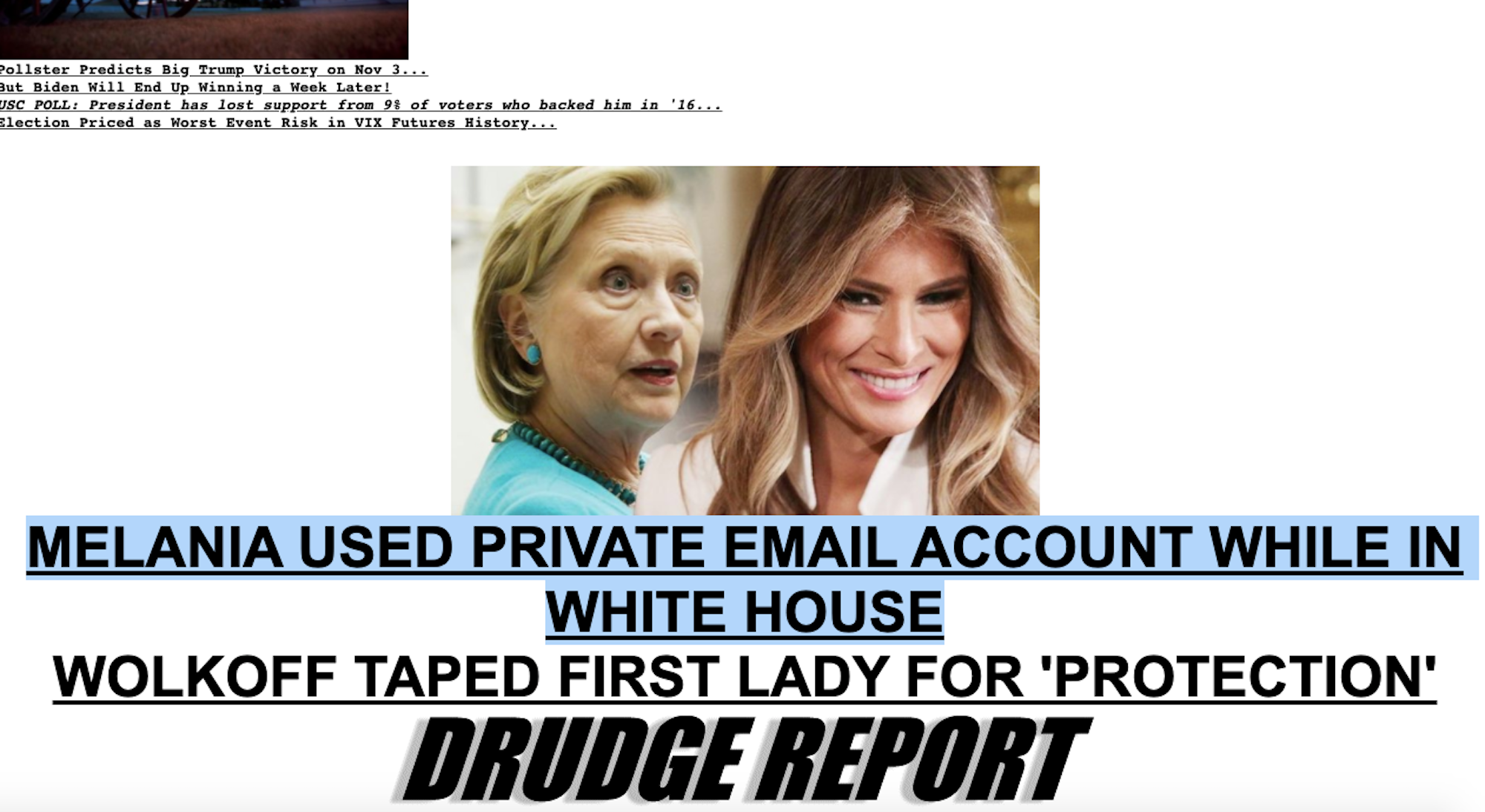 But the website long appeared to be among his backers.

It is credited as a big player in his 2016 victory, despite Trump’s claim on Tuesday that it did not support him.

Politico reported before the 2016 election that the website was frequently sharing pieces that presented Trump favourably and presented his rival, Ted Cruz, more negatively.

And Politico reported in 2017 that Trump met with Drudge in the White House’s Oval Office to discuss his administration.

In 2018, Trump called Drudge a “great gentleman” and said that he “really has the ability to capture stories that people want to see.”

Trump’s latest comments about the Drudge Report come at the same time that he appears to be at odds with his long-time ally Fox News.

While some of his staff, including Carlson and Sean Hannity, are among his most outspoken supporters, the president has also sparred with other presenters, and has accused the network of pushing “fake news.”