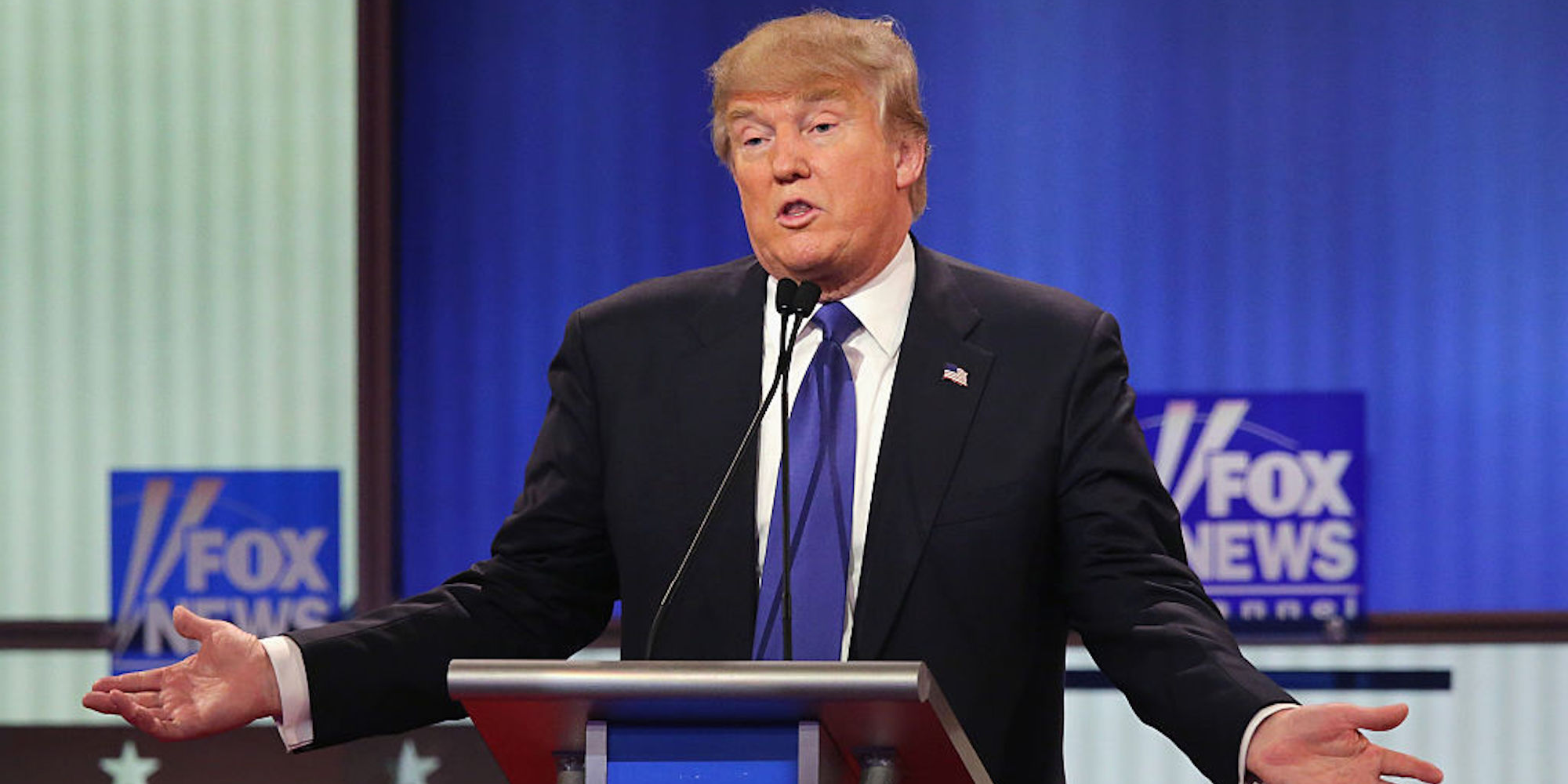 Chip Somodevilla/Getty ImagesDonald Trump at a debate sponsored by Fox News in March 2016.

President Donald Trump reignited his feud with Fox News on Sunday, accusing the network of “being fed Democrat talking points.”

Having taken a step back from the White House coronavirus task force briefings after his disastrous appearance on Thursday where he suggested that consuming disinfectant could cure COVID-19, the president lashed out at the press in a Twitter rant on Sunday.

The familiar targets of CNN and MSNBC – or “MSDNC,” as he put it – were the focus of his invective, but the president also attacked Fox News, the conservative network he has veered between lavishing praise on and accusing of showing insufficient loyalty.

.@FoxNews just doesn’t get what’s happening! They are being fed Democrat talking points, and they play them without hesitation or research. They forgot that Fake News @CNN & MSDNC wouldn’t let @FoxNews participate, even a little bit, in the poor ratings Democrat Debates…..

“[email protected] just doesn’t get what’s happening! They are being fed Democrat talking points, and they play them without hesitation or research. They forgot that Fake News @CNN & MSDNC wouldn’t let @FoxNews participate, even a little bit, in the poor ratings Democrat Debates,” the president tweeted.

“Even the Radical Left Do Nothing Democrats laughed at the Fox suggestion. No respect for the people running @FoxNews. But Fox keeps on plugging to try and become politically correct. They put RINO Paul Ryan on their Board. They hire ‘debate questions to Crooked Hillary’ fraud @donnabrazile (and others who are even worse).”

“RINO” is a pejorative term used by some conservatives that stands for “Republican in name only.”

The Fox News host Chris Wallace “is nastier to Republicans than even Deface the Nation or Sleepy Eyes,” the president tweeted, using the names he calls the CBS News show “Face the Nation” and the NBC News anchor Chuck Todd.

“The people who are watching @FoxNews, in record numbers (thank you President Trump), are angry,” he added. “They want an alternative now. So do I!”

Trump has touted One America News Network as an alternative to Fox News and has given a media personality and conspiracy theorist who works there preferential treatment at White House briefings. The tiny network, which regularly promotes far-right conspiracy theories, is not considered a serious rival to the ratings-topping Fox News.

It was unclear what exactly provoked Trump’s ire at the network over the weekend. But it might have had something to do with a report that a group of anti-Trump Republicans would air an ad this week during “Fox & Friends,” the president’s favourite morning show.

Fox News viewers need to see this. So ⁦@ForTheRuleOfLaw⁩ is running this on Fox and Friends next week. pic.twitter.com/AWTg18fhOP

The ad, from the group Republicans for the Rule of Law, replays Trump’s comments during the briefing on Thursday and brands him “unwell” and the comments “unacceptable.”

Sarah Longwell, one of the group’s founders, tweeted the ad on Friday and said it would run on the show this week.