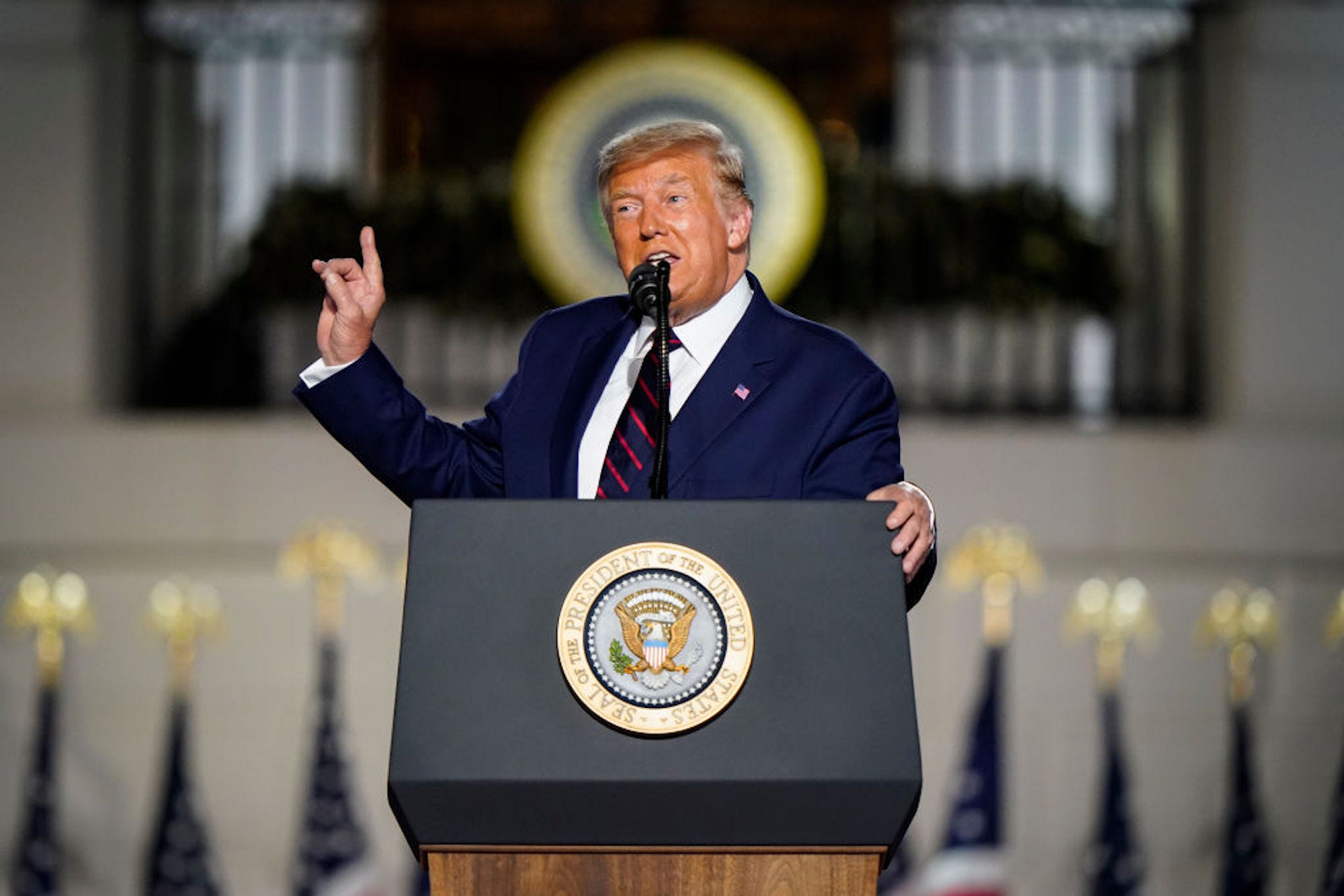 At a campaign rally on Saturday night in Fayetteville, North Carolina, President Donald Trump asked a group of women if their husbands were OK with them being there.

Trump, who in the same speech promised to nominate a woman to the Supreme Court to replace the late Ruth Bader Ginsburg, spotted a group of women and addressed them directly, asking for an estimate of how many of his rallies they’d attended.

When they responded with a figure, Trump asked what their husbands thought.

“Anyway, I hope your husbands are OK with it,” Trump told the women. “Are they OK? They’re OK. You have good husbands.”

The remarks came amid mounting tension between Democrats and Republicans over the timeline to replace Ginsburg, who died Friday from pancreatic cancer.

Trump and other GOP lawmakers have vowed to confirm another justice to the Supreme Court before the presidential election on November 3; Trump has said he will announce a nominee as early as this week.

“It will be a woman. A very talented, very brilliant woman, who I haven’t chosen yet, but we have numerous women on the list,” Trump said on Saturday night.

As Business Insider’s John Dorman reported, Democrats alone could not block a Supreme Court nomination with their 47-member caucus and would need to peel off wavering Republicans.

The Trump campaign did not immediately respond to a request for comment from Insider.