The newly appointed acting federal prosecutor in Atlanta said in a conference call with staffers on Monday that he was surprised to find the office didn’t have any legitimate election-fraud cases.

“Quite frankly, just watching television you would assume that you got election cases stacked from the floor to the ceiling,” US Attorney Bobby Christine said in the call, a recording of which was obtained by The Atlanta Journal-Constitution. “I am so happy to find out that’s not the case, but I didn’t know coming in.”

President Donald Trump installed Christine as the acting US attorney in Georgia’s Northern District on January 5 after Byung Pak abruptly resigned. US attorneys typically remain until the end of a presidential administration and often continue into new ones.

The Wall Street Journal reported over the weekend that Trump pressured Pak, also a Trump appointee, to resign. According to The Journal, Trump was frustrated that Pak had not launched investigations into election fraud in Georgia, which election officials and independent experts agree does not exist.

Normally, when a US attorney resigns, their deputy takes over. But Trump selected Christine, who is also the US attorney for Georgia’s Southern District. Georgia’s Northern District includes Atlanta, which has a large Black population and is where Trump has focused his efforts to throw out votes.

In the recording obtained by The Journal-Constitution, Christine told staffers that he dismissed two of the highest-profile investigations into election fraud on his first day, finding they had no merit.

“I closed the two most â€” I don’t know, I guess you’d call them high profile or the two most pressing election issues this office has,” Christine said. “I said I believe, as many of the people around the table believed, there’s just nothing to them.”

Christine donated $US2,800, the legal maximum, to Trump’s 2020 reelection campaign, The Journal-Constitution reported.

According to the newspaper, staffers in the Northern District office on the call asked Christine whether he was appointed for political reasons and why Pak’s deputy was not chosen for the role. Christine declined to discuss why he was appointed.

Trump has focused his efforts to overturn his loss in Georgia

Since he lost the presidential election in November, Trump has falsely claimed he actually won and has pushed numerous conspiracy theories about election fraud. He and his allies filed more than 40 lawsuits challenging the result, none of which succeeded.

Trump’s efforts to overturn his loss have focused on Georgia, which he lost by fewer than 12,000 votes, becoming the first Republican presidential candidate to lose the state in 28 years. The result was upheld in several audits. Earlier this month,Democrats won both Senate runoff elections in the state. 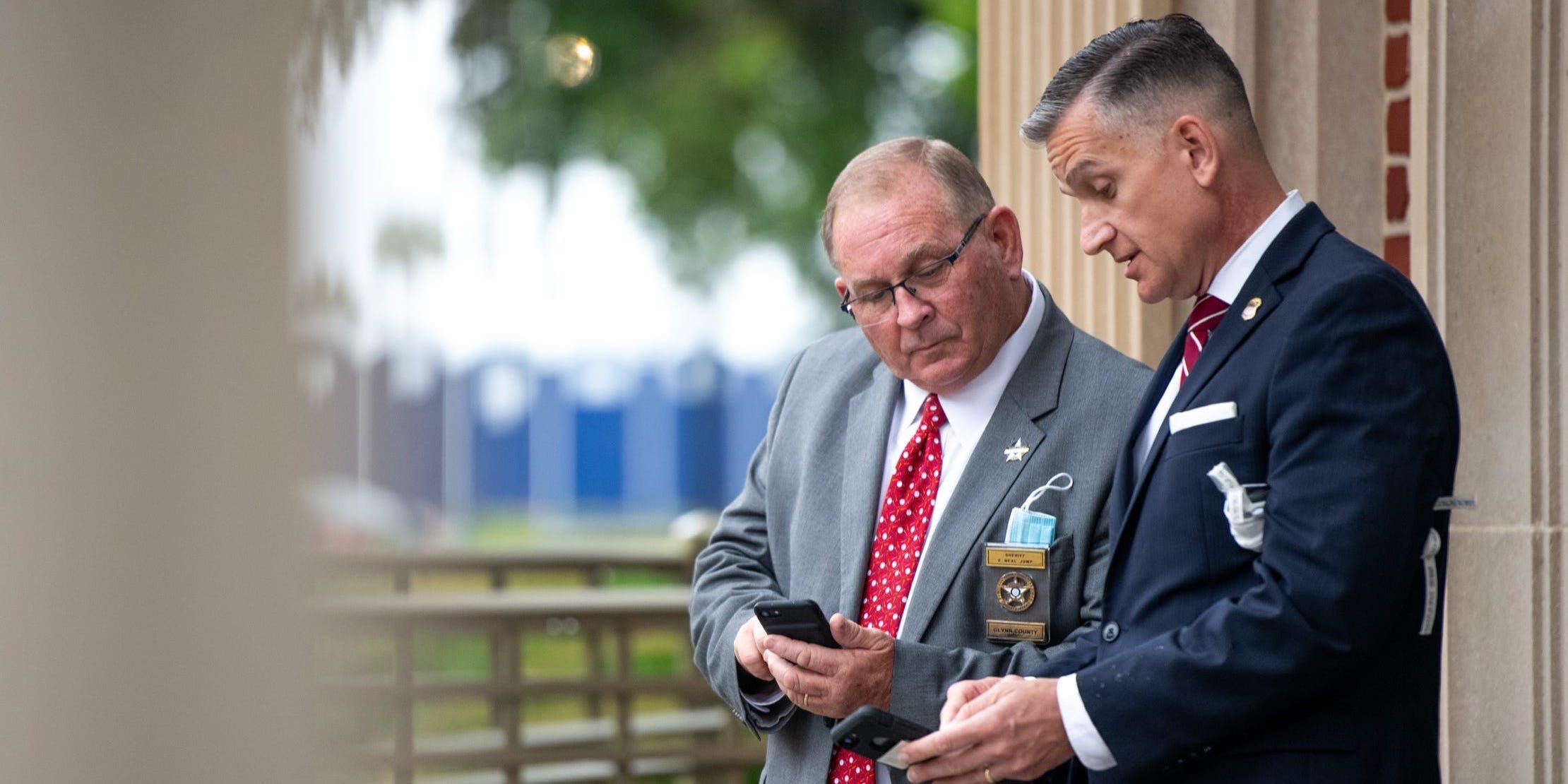 In a call earlier in January, Trump appeared to push Georgia’s Republican secretary of state, Brad Raffensperger, to participate in election fraud himself and “find” votes that would allow Trump to win the state. The call sparked calls for impeachment.

Trump is expected to be impeached again on Wednesday after inciting a mob to storm the US Capitol building to stop Congress from certifying Joe Biden’s win. At a rally ahead of the insurrection, Trump once again falsely claimed that he won and that the presidential election was marred by widespread voter fraud.

“In my opinion, there is no there, there,” he said, according to The Journal-Constitution.