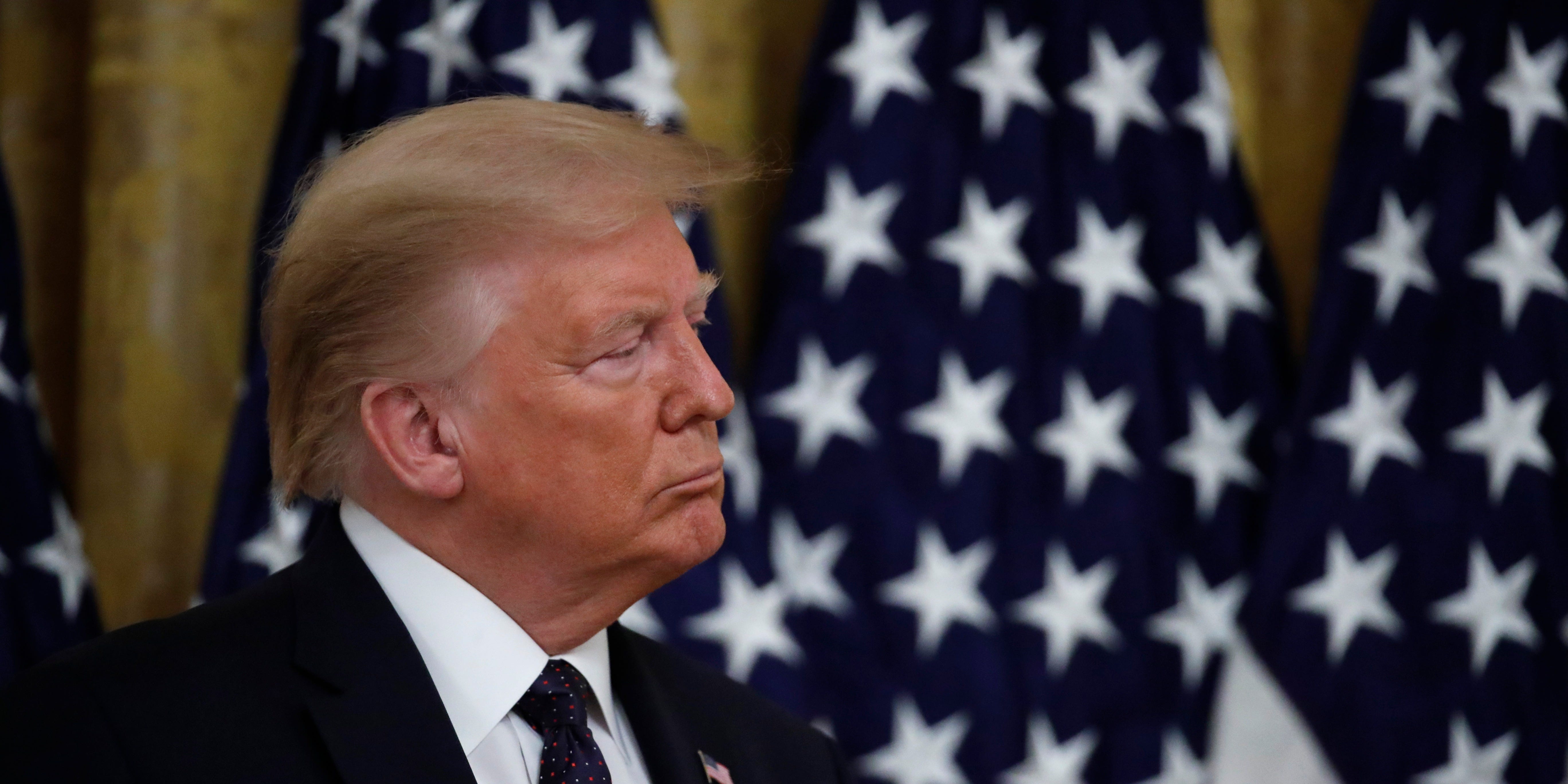 President Donald Trump told The Wall Street Journal that he believes that some Americans are wearing masks during the coronavirus pandemic not to protect others but simply to show that they disapprove of him.

Trump’s interview with The Journal’s Michael C. Bender was published on Thursday, a day after troubling accounts – contained in a bombshell book by John Bolton, his former national security adviser – emerged of Trump’s handling of foreign affairs and competence.

Trump also told The Journal that his issue with masks was that people sometimes touch them, increasing the risk of infection.

The Centres for Disease Control and Prevention recommends “wearing cloth face coverings in public settings where other social distancing measures are difficult to maintain (e.g., grocery stores and pharmacies) especially in areas of significant community-based transmission.”

Trump has repeatedly been photographed going to public events without a mask on.

Last month, he was seen touring a Ford manufacturing plant in Michigan without a mask despite being told by the state’s attorney general that he had a “legal responsibility” to wear one. The president told reporters that he wore one behind the scenes but “didn’t want to give the press the pleasure of seeing it.”

He was also criticised earlier in May for failing to wear a mask while visiting a Honeywell plant in Arizona. The Associated Press reported that the president didn’t want to wear one because he was afraid that he’d look ridiculous and that it would harm his reelection chances.

The World Health Organisation declared the novel coronavirus outbreak a pandemic in March. As of Thursday, nearly 8.4 million people around the world had been infected, and about 450,000 people had died.

Trump has repeatedly downplayed the severity of the US outbreak and blamed China, where the global outbreak originated late last year. He and his allies have also accused China and WHO of not acting quickly enough to contain the spread of the disease when it began to spread.

In April, the US intelligence community determined that China intentionally misrepresented statistics about the spread of the disease within its borders.

Bloomberg News, which first reported on the findings, described its sources as saying that the report’s main conclusion was that China’s public reporting of coronavirus cases was “intentionally incomplete.”

Two officials told the outlet that it found that China’s numbers were fake. China has denied that it concealed the extent of the initial outbreak.

“There’s a chance it was intentional,” Trump told The Journal.

The president later said he thought that “testing is overrated,” adding, “I created the greatest testing machine in history.”

He also said, however, that more testing in the US had led to an increase in confirmed cases. “In many ways, it makes us look bad,” he said.

It isn’t the first time Trump has made the claim. The president said last week during a roundtable event for seniors that “if we stop testing right now, we’d have very few cases, actually.”

Several US states have reported spikes in confirmed cases as they have relaxed social-distancing guidelines and begun to reopen their economies.

New York, Washington, and California were initially hot spots in the US outbreak, but the states saw a gradual decline in new infections, hospitalizations, and deaths as their governors shut down their economies and imposed strict stay-at-home orders for nonessential employees.

Public-health experts have said that as states ease lockdown measures and reopen businesses, increases in confirmed cases will follow. They’re also likely to be exacerbated because of nationwide protests against racism and police brutality in the wake of the killing of George Floyd in police custody on Memorial Day.

There have been significant increases in new infections in parts of the US over the past several weeks, particularly in the Sun Belt and the West.

According to NPR, Oklahoma has seen a more than 100% increase in new cases compared with two weeks ago; Trump is scheduled to hold his first rally since March in Tulsa on Saturday.

South Carolina, Arizona, Oregon, Florida, and Nevada have all seen increases of more than 100% compared with two weeks ago, while Arkansas, Louisiana, Alabama, Texas, North Carolina, and Utah had increases of 30% to 90%.