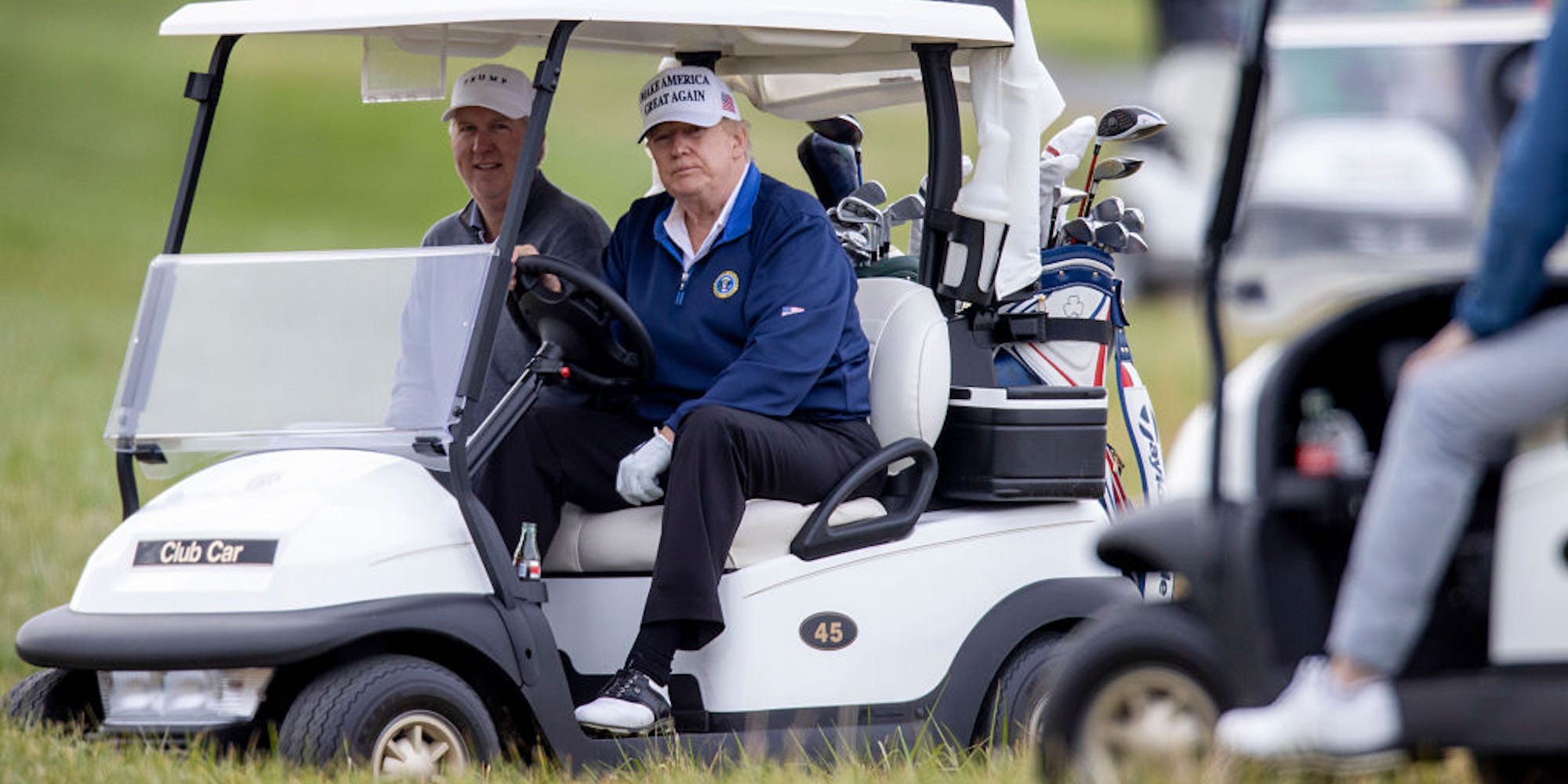 President Donald Trump agreed to go along with the transition to a Biden administration only after being told by advisors that he wouldn’t have to acknowledge defeat, The New York Times reported.

In tweets Monday, nearly three weeks after Election Day, Trump announced that he wanted the General Services Administration to “do what needs to be done” to begin the transition allow President-elect Joe Biden to take office in January.

The GSA provides funds and other resources necessary to transition between administrations.

The decision to start a transition formally rests with the GSA’s chief, Emily Murphy, who issued a letter Monday beginning the process. Before then, she had proved unwilling to act while Trump continued to baselessly dispute the election results.

Conspicuously absent from Trump’s tweets, however, was an admission of defeat.

The Times suggested that maintaining his groundless claim to have won the election was a factor in Trump’s thinking as to whether he’d endorse a transition.

According to the report, the White House chief of staff, Mark Meadows; the White House counsel, Pat Cipollone; and Trump’s personal attorney Jay Sekulow spoke with Trump on Monday to try to push the process ahead.

“He did not need to say the word ‘concede,’ they told him, according to multiple people briefed on the discussions,” The Times reported.

At least one advisor has suggested that Monday’s tweets are likely to be the closest Trump comes to concession.

In his remarks, Trump went on to repeat unsubstantiated claims that the election was stolen from him via mass voter fraud.

They are claims for which neither he nor his legal team has produced substantial evidence, and which have been rejected in a slew of court cases.

Trump in the tweets pledged to keep fighting the “good fight.”

In the past week, the Trump campaign’s bid to overturn the election result, led by his personal attorney Rudy Giuliani, descended at times into farce.

The campaign attorney Sidney Powell at a press conference last week alleged a vast communist conspiracy to subvert the election, for which she provided no evidence, while Giuliani gave a press conference Thursday that was best remembered for a black liquid trickling down his head.

Trump is said to have grown exasperated by his legal team and its string of failed lawsuits.

In recent days pressure had been growing on Trump to allow the transition to the new government to proceed.

On Monday, 160 top US executives, including many Republican donors, urged the president in an open letter to allow Biden’s team to make the necessary preparations to take power January 20.