'HOLY S---!!!!!!!!!': Trumpworld rejoices after the Justice Department moves to drop its case against Michael Flynn 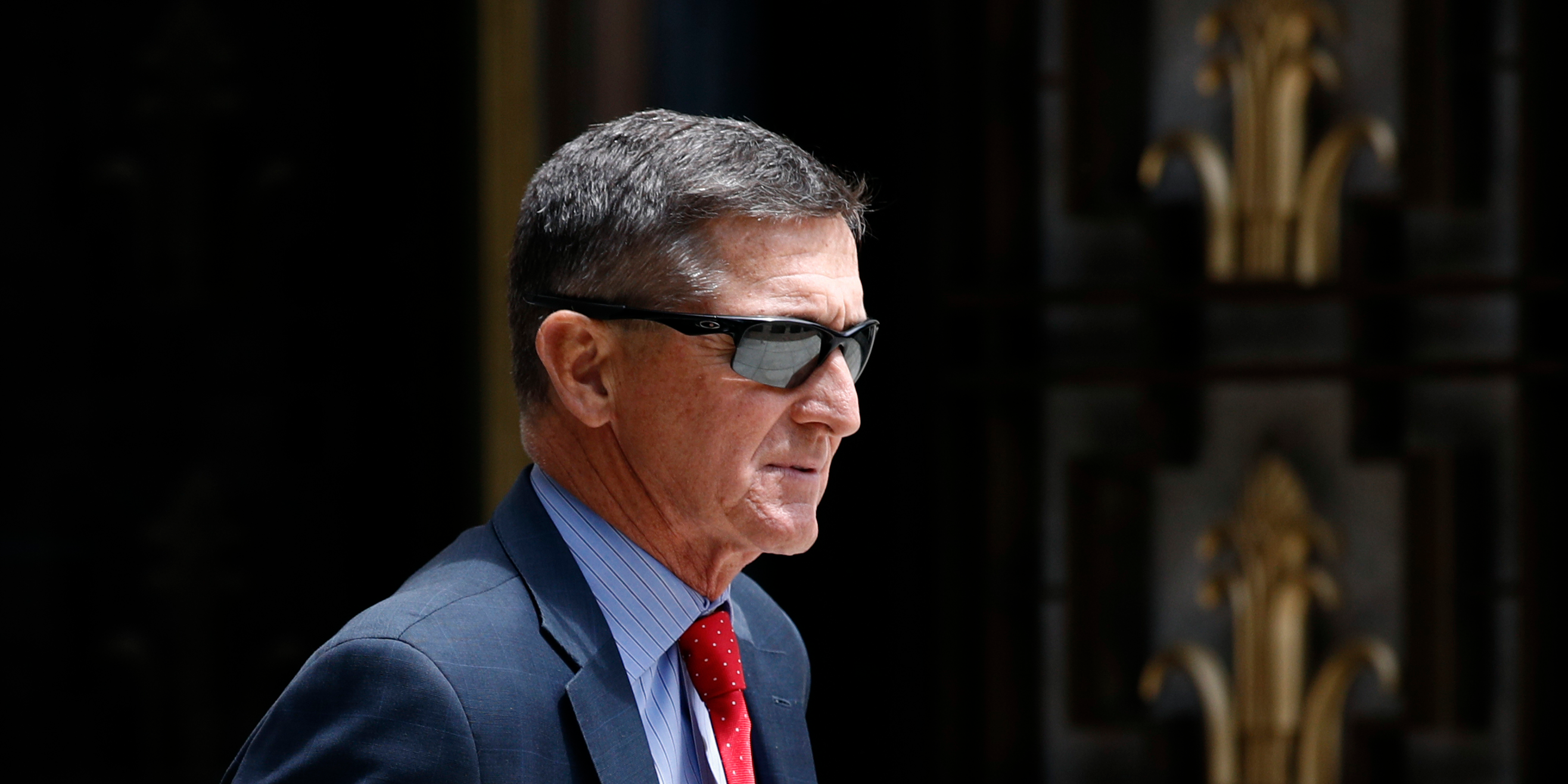 Trumpworld flew into a frenzy Thursday after the Justice Department filed a motion to drop its case against former national security adviser Michael Flynn, negating one of the most significant victories the former special counsel Robert Mueller notched in the Russia investigation.

The FBI accused Flynn of lying to investigators about his communications with Russian officials during a January 24, 2017 interview. Flynn acknowledged his own wrongdoing when he pleaded guilty in December 2017 to making false statements to investigators as part of Mueller’s probe.

But the former national security adviser later shifted course by shaking up his legal team and moving to withdraw his guilty plea. Flynn also hired Sidney Powell, a defence attorney who adopted a more combative stance and called on the DOJ to dismiss its case after alleging prosecutorial misconduct and entrapment.

President Donald Trump and his allies rejoiced Thursday after the department moved to drop its case, painting the decision as proof that the FBI acted improperly and violated protocol while investigating Russia’s 2016 election interference and whether members of the Trump campaign conspired with Moscow to tilt the race in his favour.

“He was an innocent man. He is a great gentleman,” Trump said of Flynn on Thursday. “He was targeted by the Obama administration and he was targeted in order to take down a president, and what they have done is a disgrace, and I hope a big price is going to be paid.”

Trump also called officials involved in the investigation “human scum” and accused them of treason, a crime that’s punishable by death. 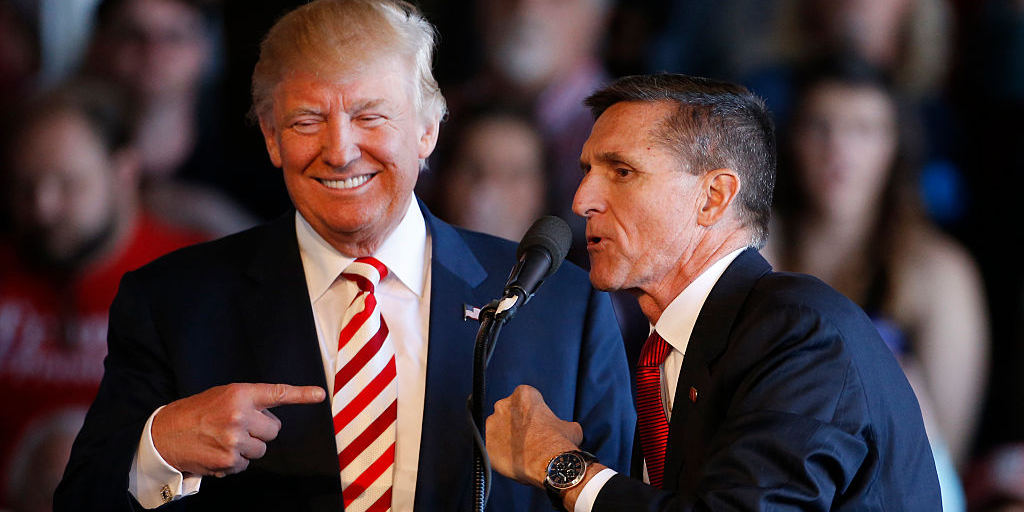 “I thought it was getting near to the point where something was going to break … I honestly didn’t think that it would be the Justice Department, in essence, revealing that they did something wrong,” McFarland added.

Nikki Haley, Trump’s former ambassador to the United Nations, struck a similar tone, saying, “The idea that this could happen to an American citizen is disturbing at best, and we need to make sure that people pay for this.”

Trump’s outside counsel, Jay Sekulow, summed up the spectrum of reactions in a text message to Business Insider.

“Justice has been served,” Sekulow wrote. “The actions of the Special Counsel against General Flynn were outrageous. The Special Counsel should be ashamed of the conduct of his agents and lawyers that he allowed. The Attorney General and the Department of Justice are correcting a horrible wrong.”

National security and intelligence veterans, meanwhile, decried the DOJ’s decision as another indication of how the president uses the DOJ as a shield for himself and his loyalists and a sword against his perceived enemies.

“Will Bob Mueller have anything to publicly say anything about this? Will [FBI director] Chris Wray?” tweeted Susan Hennessey, the former general counsel for the National Security Agency.

“The DOJ filing here is absurd and contradicts the Department’s long standing positions,” she added. “There is no reasonable explanation here other than that Bill Barr is seeking to undo the Mueller investigation on behalf of Trump while the world is distracted by a deadly global pandemic.”

The DOJ has lost its way. But, career people: please stay because America needs you. The country is hungry for honest, competent leadership.

New York Rep. Jerry Nadler, the chairman of the House Judiciary Committee, called for an inspector general investigation into the Flynn case being dropped.

“This is outrageous! Flynn PLEADED GUILTY to lying to investigators,” Nadler tweeted. “The evidence against him is overwhelming. Now, a politicized DOJ is dropping the case. The decision to overrule the special counsel is without precedent and warrants an immediate explanation.”

House Judiciary Chair Jerry Nadler calls for a DOJ IG investigation of the decision to drop the Flynn case. pic.twitter.com/UGDXggN99c Yuri Gripas/ReutersWilliam Barr testifies at a Senate Judiciary Committee hearing on his nomination to be attorney general of the United States on Capitol Hill in Washington, U.S., January 15, 2019.

Attorney General William Barr, who Trump tapped to lead the department after ousting Jeff Sessions in 2018, has repeatedly parroted Trump’s allegations of bias and corruption within the FBI. He’s appointed multiple independent prosecutors to review the origins of the Russia investigation and whether the FBI improperly “spied” on the Trump campaign.

Michael Horowitz, the DOJ’s inspector general, investigated the matter and concluded that although there were bureaucratic irregularities in the bureau’s application for warrants to surveil the former Trump campaign aide Carter Page, there was no evidence that the FBI spied on the Trump campaign or had any political bias when launching its investigation.

In February, Barr appointed Jeff Jensen, a Trump-appointed prosecutor from the US attorney’s office in St. Louis, to conduct an independent review of the Flynn case.

The Associated Press reported that Jensen had recommended dropping the case to Barr.

“Through the course of my review of General Flynn’s case, I concluded the proper and just course was to dismiss the case,” Jensen said in a statement. “I briefed Attorney General Barr on my findings, advised him on these conclusions, and he agreed.”