Aides had to convince Trump not to go to the impeachment vote in person to defend himself, report says 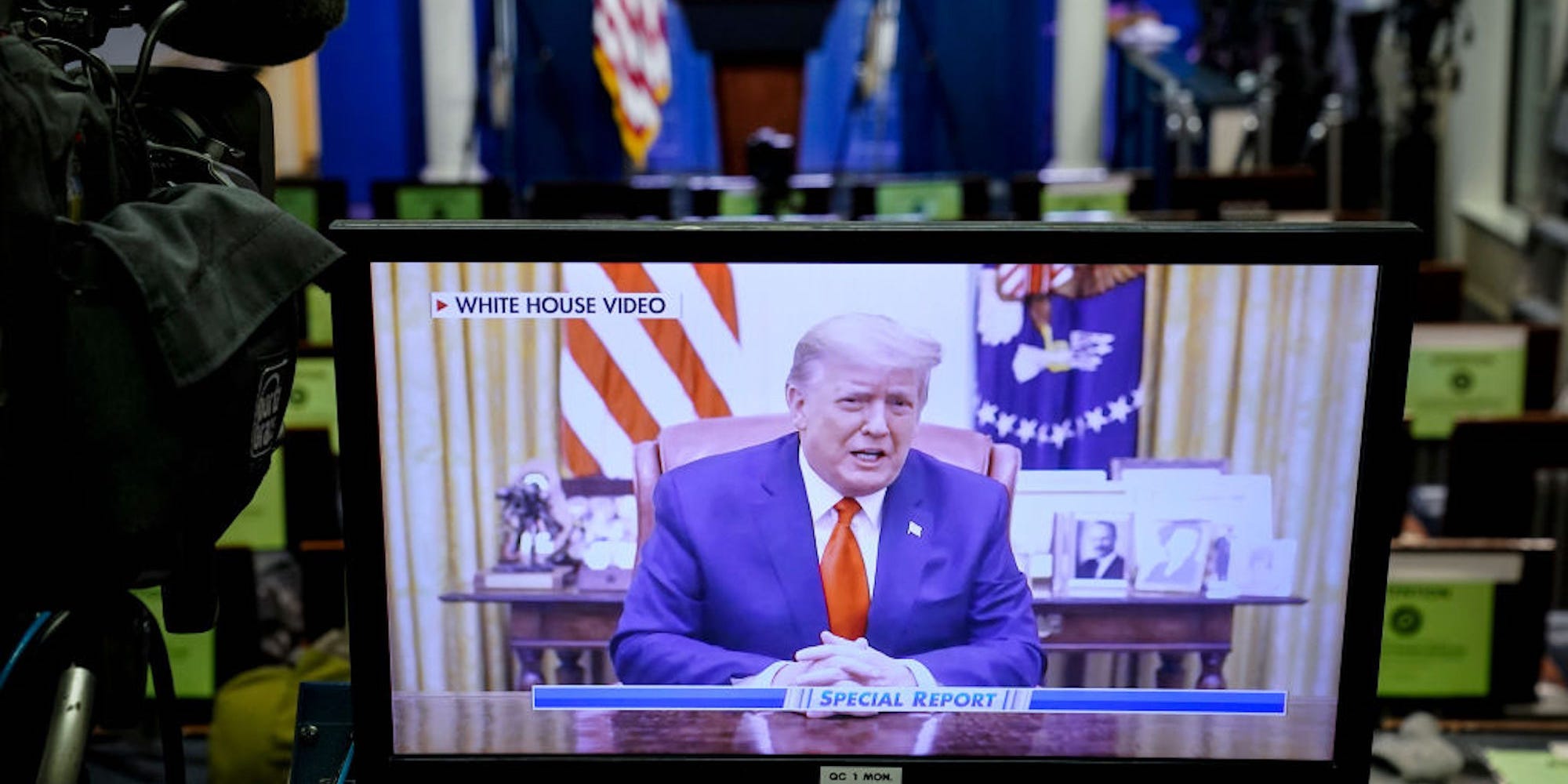 Drew Angerer/Getty ImagesA TV in the White House press-briefing room of President Donald Trump defending himself in a recorded message after being impeached for a second time.

President Donald Trump was talked out of showing up in person at the House of Representatives to defend himself ahead of his second impeachment, The New York Times reported.

Aides are said to have convinced the president it would be a bad idea to offer a defence during Wednesday’s vote.

In December 2019, when Trump was impeached for the first time, reports suggested he also wanted to give an in-person defence but was talked out of it.

In Wednesday’s vote, Trump was impeached by 232-197 on a single charge of “incitement of insurrection” related to the January 6 riot of his supporters at the US Capitol. Ten Republicans sided with Democrats in the vote.

Having been kicked off Twitter after the attack on the Capitol, Trump is without his favoured platform to intervene and attempt to shape events.

The president in his last stretch in office is an isolated figure, abandoned by allies in politics and business, and even apparently turning on his personal attorney Rudy Giuliani in a dispute over legal bills.

Trump released a video after the vote in which he expressed no personal regret for the violence, which left five people dead. He did, however, condemn it in stronger terms than before.

“Violence and vandalism have no place in our country,” he said, adding: “No true supporter of mine would ever endorse political violence.”

According to reports, Trump has been warned by the White House counsel, Pat Cipollone, that he faces legal dangers for the riot, where supporters ransacked the Capitol shortly after being told by Trump at a rally to “fight like hell” in their bid to overturn the results of the election.

Trump’s impeachment will now be referred to the Senate, where a trial is expected to begin next week, just as President-elect Joe Biden takes over as president.