The White House listed 'ending the COVID-19 pandemic' as one of Trump's achievements, despite record number of infections 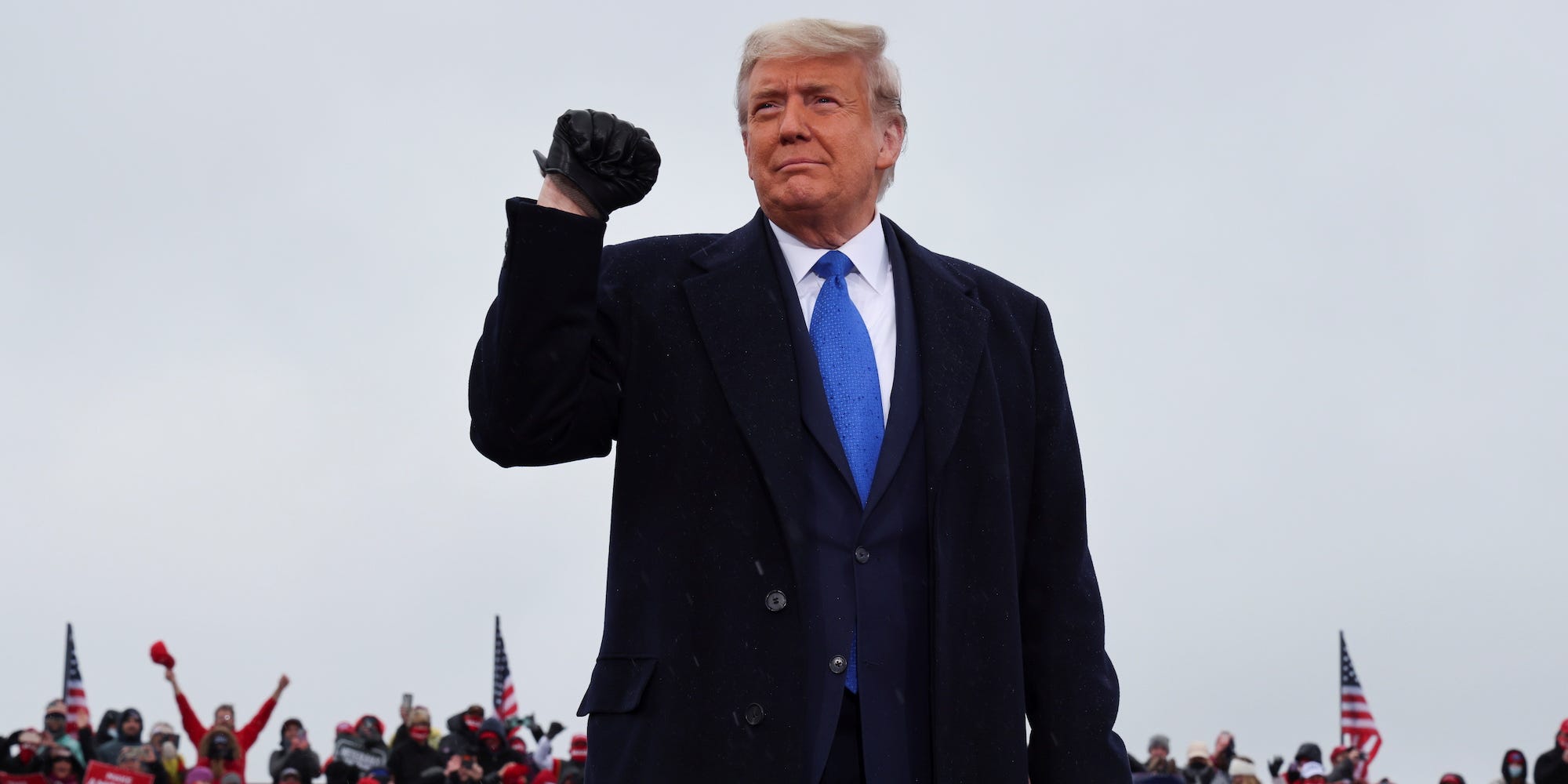 Jonathan Ernst/ReutersPresident Donald Trump at a campaign event in Lansing, Michigan, on Tuesday.

The pandemic has not ended, least of all in the US, where the number of new cases reported daily reached record levels over the weekend.

The claim was made in a press release from the White House Office of Science and Technology Policy released Tuesday. The release accompanied a 62-page report of scientific highlights from Trump’s presidency.

Read more: Mass firings, frozen funding, and midnight rules: Inside the Democrats’ operation to fight back against Trump going scorched-earth in a Biden transition

The US recorded more than 73,000 new coronavirus cases on the day the press release was sent, according to Johns Hopkins University, as well as 985 deaths. Saturday marks the all-time high in daily reported US coronavirus cases â€” topping a record set Friday. 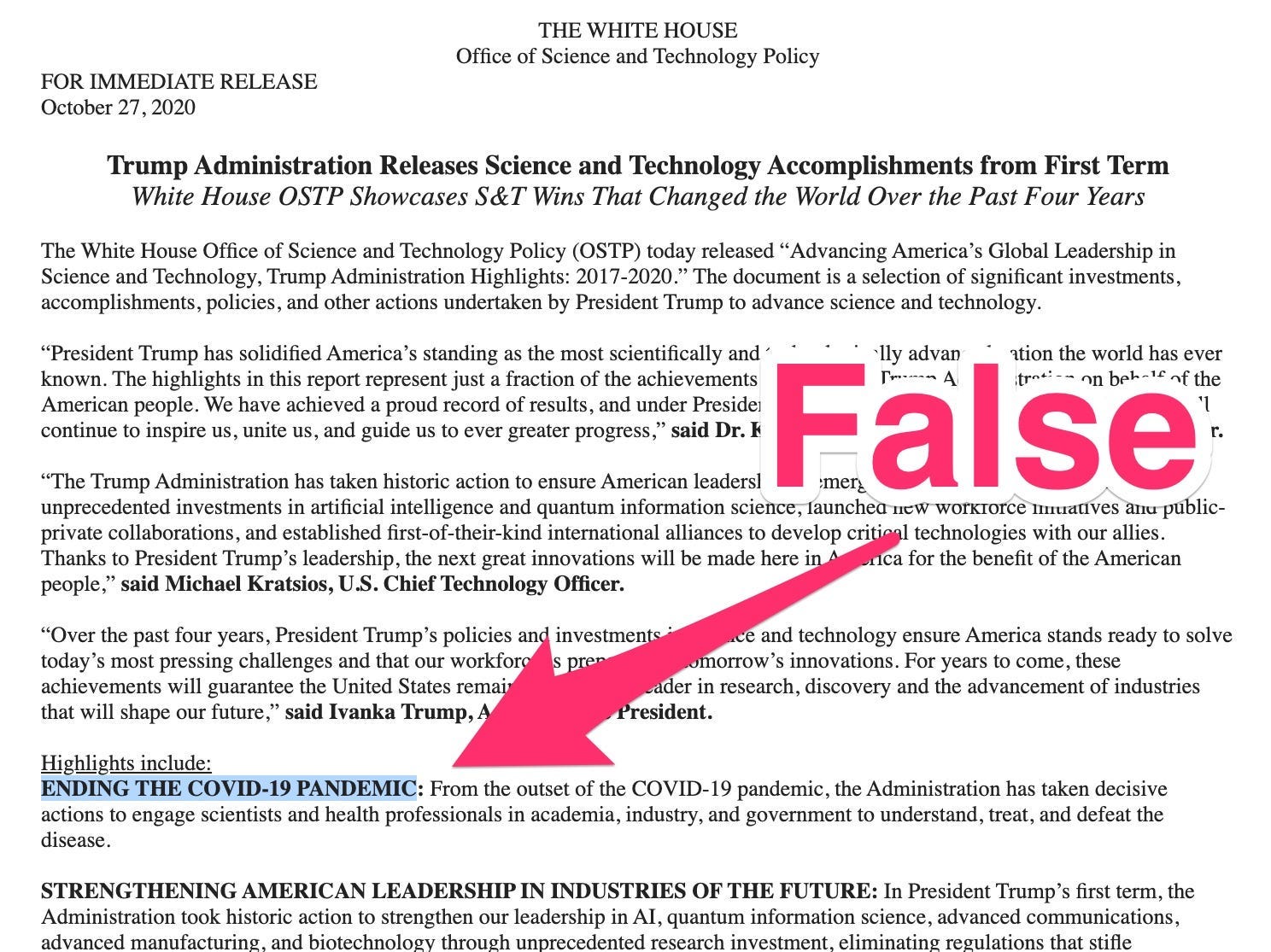 Business Insider contacted the White House to ask what its pandemic claim was based on, and was referred to comments by its communications director, Alyssa Farah, who told Fox News that the document was “poorly worded.”

“The intent was to say that it is our goal to end the virus,” she was reported as saying. “But what I would say is this: because of the President’s leadership, we are rounding the corner on the virus.”

The claim was not repeated in the version of the full report accessed by Business Insider. White House Communications Director Kristina Baum said in an emailed statement to Business Insider that the media had “largely ignored” the full document report.

“The great work the Trump Administration is doing to end the pandemic is a top priority and worthy of highlighting,” she wrote.

The claim to have ended the pandemic is an extreme example in a series of inaccurate statements about the pandemic from the Trump administration.

Trump has made similar claims a cornerstone of his campaign rhetoric, claiming repeatedly that the US is “rounding the turn” on the virus, despite the numbers.

On Monday, he tweeted that high US case numbers were part of a “Fake News Media Conspiracy” and were so high only because of increased testing. The number of known cases, however, has increased much faster than the pace of testing in October, as CNBC reported.

The new claim adds to the president’s attempts to downplay the pandemic. Trump privately told the journalist Bob Woodward that he had long considered COVID-19 to be dangerous but sought to minimise this in public.