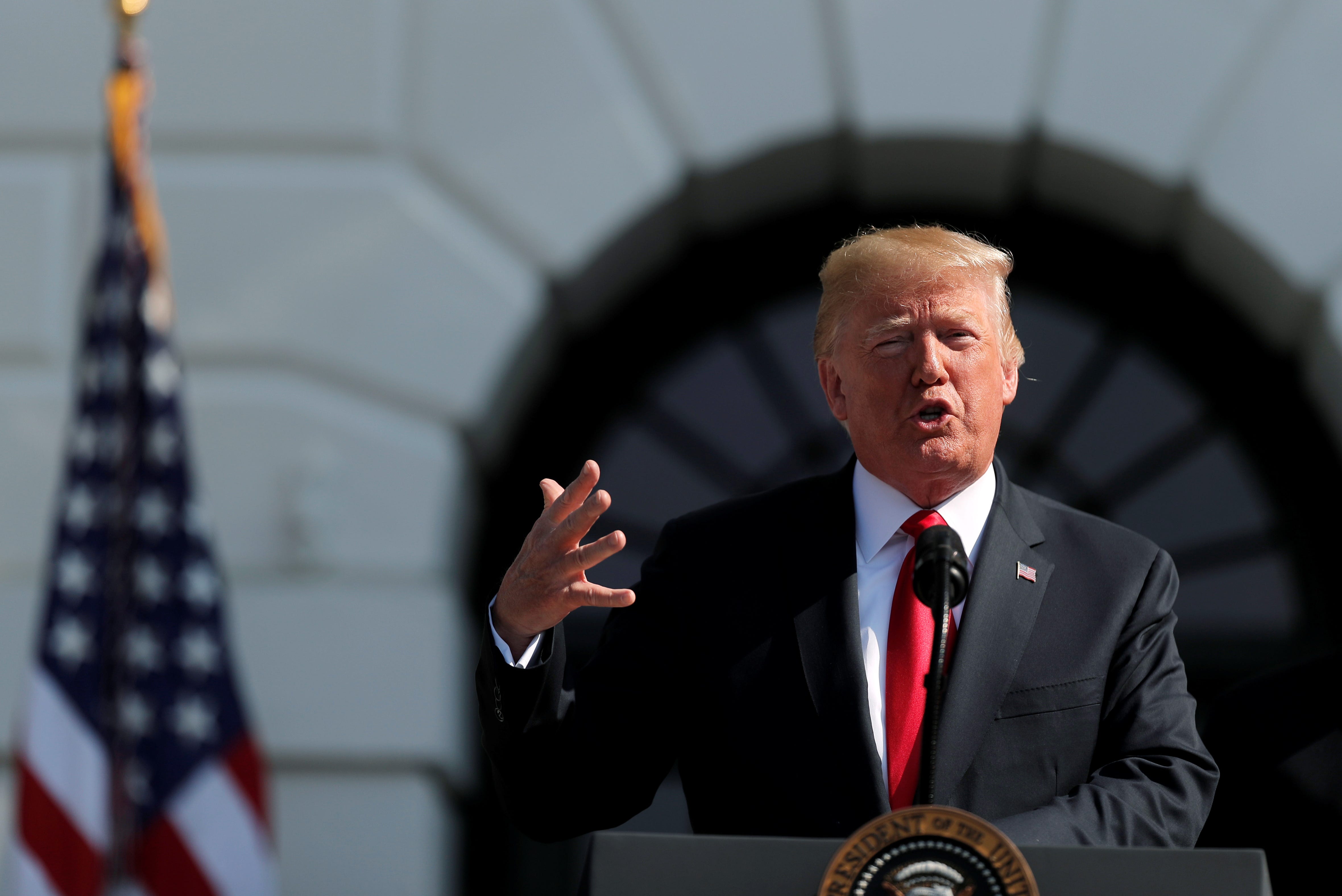 Carlos Barria/ReutersUS President Donald Trump speaks about the economy while delivering remarks on the South Lawn of the White House in Washington, U.S., July 27, 2018.

The Trump administration announced it would follow through with threats to slap steep tariffs on the European Union on Friday, the latest effort to penalise the bloc in a long-running dispute over aircraft subsidies.

Tariffs will rise from 10% to 15% on aircraft imported from the EU, like Airbus, and will go into effect on March 18. The US has long complained the EU put Boeing at a disadvantage through its financial assistance to Airbus.

The USTR also modified “the list of other products of certain current and former EU member States subject to additional 25% duties,” according to the notice. Some items were removed while others were added to the 25% tariff list.

The tariffs on food, industrial products, and luxury clothing came after the World Trade Organisation gave the administration the green light to target $US7.5 billion worth of European products in September.

The Trump administration has increasingly turned to tariffs in its economic disputes with the EU. After France passed a tax that applied to many American technology giants in July, the US separately threatened to tax $US2.4 billion worth of its imports.

Some had worried that the US would levy tariffs of up to 100%, as it threatened to do at the end of last year. Lawmakers and businesses sharply criticised the tariffs of up to 100%, warning they would raise prices for American businesses and consumers. Harmon Skurnik, the president of Skurnik Wines and Spirits in New York, estimated in a Washington Post op-ed Thursday that the 100% tariff would raise the price of a $US50 bottle of Burgundy, Rioja or Barolo to over $US100.

“But that assumes the bottle would be imported at all, since these tariffs would essentially make many European wines unsaleable in the United States,” Skurnik wrote.

On Wednesday, the Distilled Spirits Council said retaliatory tariffs in the dispute caused EU imports of US whiskey to drop by 27% to $US514 million in 2019.

“We are now gravely concerned that the US tariffs on EU spirits imports will have the same deleterious effect in the United States,” said Chris Swonger, the president and chief executive of the DSC. “If this trade dispute is not resolved soon, we will more than likely be reporting a similar drag on the US spirits sector.”

In January, Boeing encouraged the USTR to increase punitive measures against the EU but added that it should limit burdens on domestic airlines and manufacturing companies.

“Tariffs should be targeted in a way that induces key players needed for a resolution-Airbus, most notably-to actively engage the EU to promptly resolve this matter,” senior vice president and general counsel Brett Gerry and assistant general counsel Jeb Boatman said in a letter to USTR.