The Trump administration is moving to implement a 4-month eviction moratorium for tenants earning under $99,000 a year 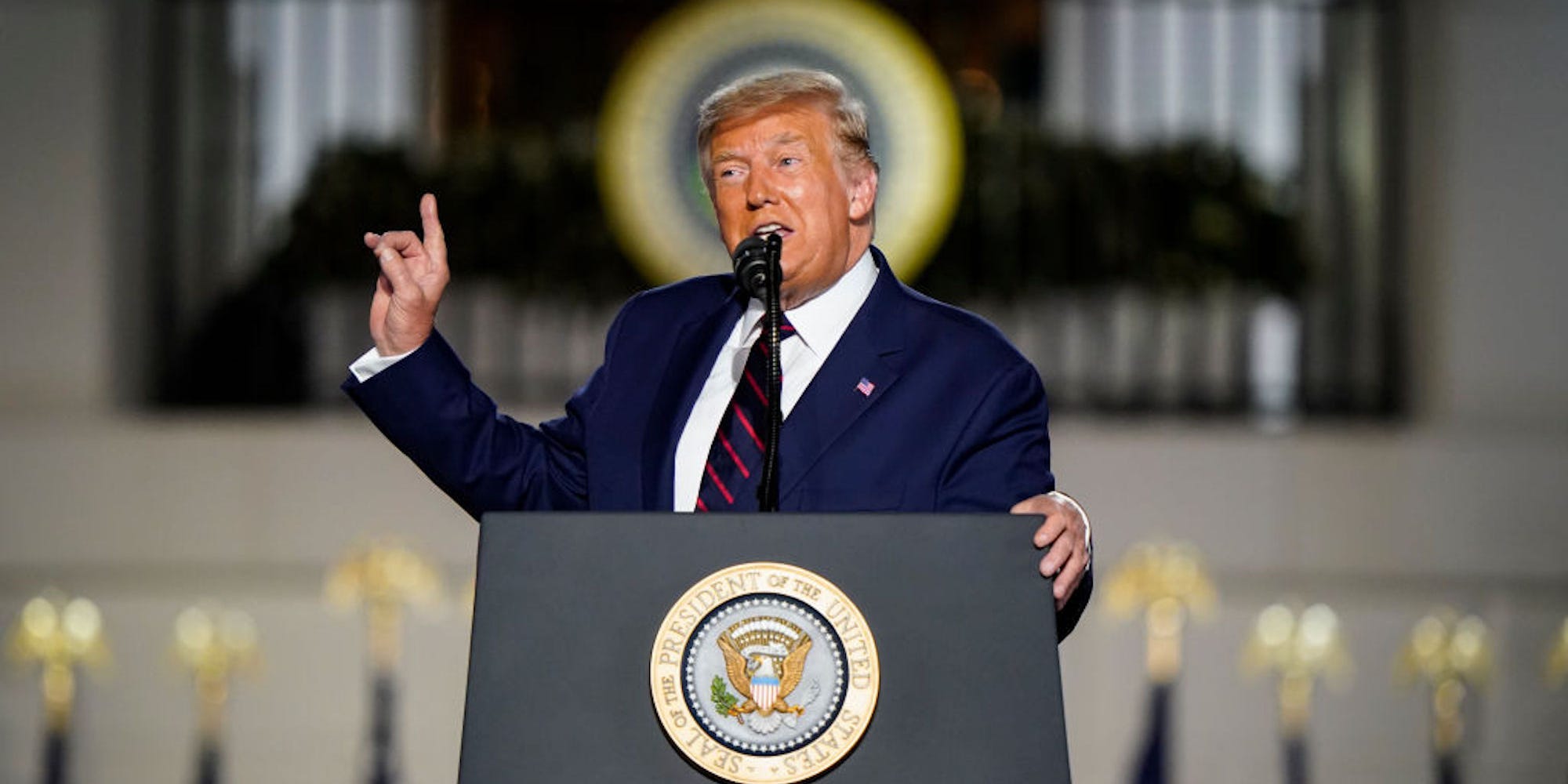 Jabin Botsford/The Washington Post via Getty ImagesPresident Donald Trump speaks on the fourth and final night of the Republican National Convention with a speech delivered in front a live audience on the South Lawn of the White House on Thursday, August 27, 2020.

The Trump administration is moving to implement an immediate four-month eviction moratorium that would expire at the end of December for tenants earning below $US99,000 a year.

The White House is drawing on federal public health laws under the Centres for Disease Control and Prevention’s purview in an attempt to keep people in their homes, arguing it’s necessary to curb the spread of the coronavirus.

“Today’s announcement from his administration means that people are struggling to pay rent and risk further spreading of exposure to the disease, due to economic hardship,” White House spokesman Brian Morgenstern said in a statement.

The policy applies to single tenants as well as couples earning under $US198,000 each year, and doesn’t exclude people who received a stimulus check earlier this year.

Renters must sign a document stating they can’t pay the full rent because of a job loss or medical expenses stemming from the pandemic and say they will pay what they can in the short-term. But it doesn’t waive any rent payments.

“This Order does not relieve any individual of any obligation to pay rent, make a housing payment, or comply with any other obligation that the individual may have under a tenancy, lease, or similar contract,” according to a draft of the directive posted on the Federal Register.

The draft order also includes a form people can use to fill out and give to their landlord as their declaration to keep from being evicted.

The administration’s order appears to go further than the 120-day eviction moratorium put in place under the Cares Act in March and expired at the end of July. That measure shielded renters living in federally-financed apartments or homes with some form of government assistance.

The current one applies to all rental properties, covering around 43 million renter households in the US. The administration’s eviction moratorium was a welcome step, said Diane Yentel, the president of the National Low Income Housing Coalition.

“A nat’l moratorium on evictions is long overdue and badly needed,” Yentel wrote on Twitter. “As we’ve said for 5 months, the very least the federal government ought to do is assure each of us that we won’t lose our homes in the middle of a global pandemic.”

She went on: “The administration’s action would do just that, and will provide relief from the growing threat of eviction for millions of anxious families,” though adding it was a “half-measure” that “delays but does not prevent evictions.”

Yentel called for Congress and the White House to strike a deal on another economic rescue package that includes rental assistance.

The moratorium may trigger legal challenges given its sweeping use of executive authority. It’s also likely to draw some criticism from Democrats, as well, since the order doesn’t provide any funding to aid renters struggling to make their monthly payments. They are pushing to include $US100 billion in rental assistance in the next coronavirus relief package.

The directive also opens the door for landlords to charge “fees, penalties or interest as a result of the failure to pay rent or other housing payment,” the draft order reads.

Fears of an eviction crisis rose over the past month. Between 19 million to 23 million Americans – or roughly one in five renters – were at risk of losing their home by the end of September, according to an analysis from the Aspen Institute.