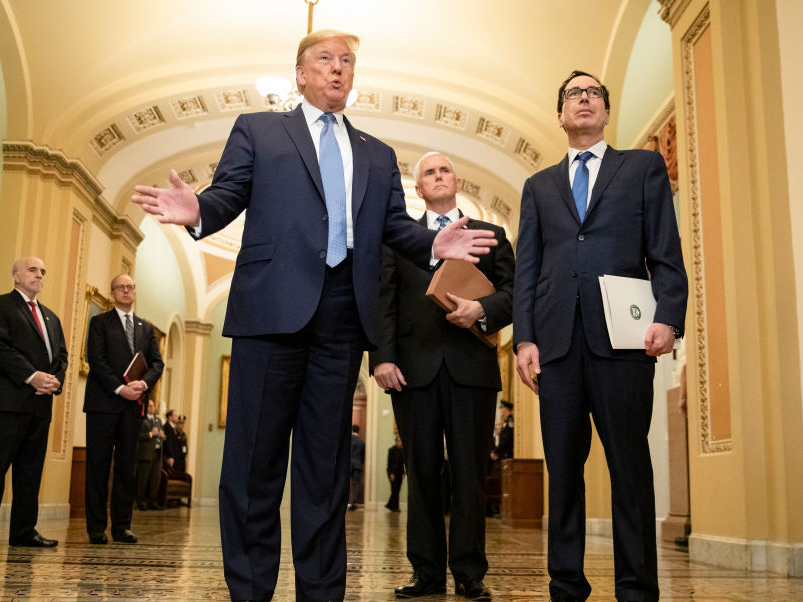 If you thought watching Washington slog through phase three of the coronavirus aid package was fun, the battle for phase four ought to be a treat for you.

Already the Washington Post reported Sunday that the White House is looking at measures that would disproportionately help wealthy Americans, like a capital gains tax cut, a payroll tax cut, and a blanket waiver exempting business owners from liability if their employees get COVID-19 on the job.

Unsurprisingly these are measures the Trump administration has toyed with before. But they were largely panned as either ineffectual or too clearly stilted toward helping wealthy Americans – even by conservatives.

It’s not hard to see why. A waiver exempting business owners from liability for workers who get COVID on the job could prompt business owners to send workers back to worker earlier than they should. Or it could make them lax about cleanliness and adherence to social distancing. Some of those measures will need to stay in place until there’s a coronavirus vaccine.

Cutting the capital gains tax – the tax on the income you make from investments like stocks and bonds – helps people who own those things. In the US that means the rich. According to Goldman Sachs, the top 1% of income earners account for 50% of household stock ownership in this country. A little over 50% of Americans own stocks at all, that’s down from 60% before the financial crisis.

Then there’s a cut to the Social Security payroll tax, which takes about 6.2% out of every worker’s paycheck. The Institute of Taxation and Economic Policy crunched the numbers for a 2% tax cut there and found nearly half the benefits would go to the richest 20% of taxpayers.

And I shouldn’t have to say this, but the last thing we need is less money for Social Security during a crisis that hits older Americans harder than anyone else in society. I mean, c’mon.

This is waste of our time

It seems like Washington is getting into a pattern when it comes to coronavirus aid legislation. The White House or Senate Republicans propose something that so favours the wealthy or corporations that it reads like it was written by the villain in a Charles Dickens novel. Democrats flip out, and House Speaker Nancy Pelosi floats a plan chock full of Democratic ideas that shows just how far apart the two sides are.

Rather than – for example – letting the mostly-wealthy people who buy stocks and bonds to hold on to their money, now we need the government to send money directly to people who’ve been adversely impacted by this crisis.

Some Americans, after all, are being more impacted by coronavirus than others. If you thought inequality was bad before, it’s only going to get worse during the coronavirus. Low-income workers have been the first (though certainly not the last) to lose their jobs through this disaster, and they will likely be the last ones to get them back. That’s how the last downturn worked. 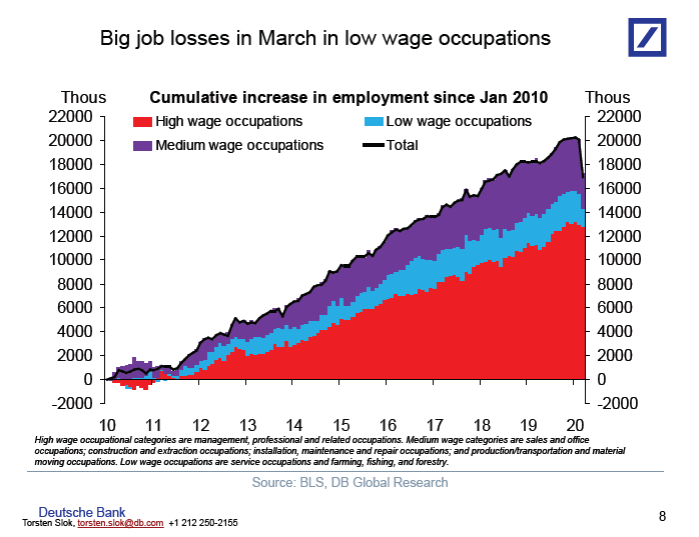 We need money to go where it will do the most good, and that means giving it to low- and middle-income families.

MIT did research on how Americans spent their 2008 financial crisis stimulus checks, and it shows that low- and middle-income families tend to spent stimulus money immediately – which is the entire point of the program – while richer Americans don’t change their spending habits. The cash just doesn’t change much for them.

This is why cutting taxes for the haves doesn’t make economic sense right now. It simply won’t make as much of an impact on the economy as another check to a working family. In fact, this bill should be about how to send more of those. Faster. Period.