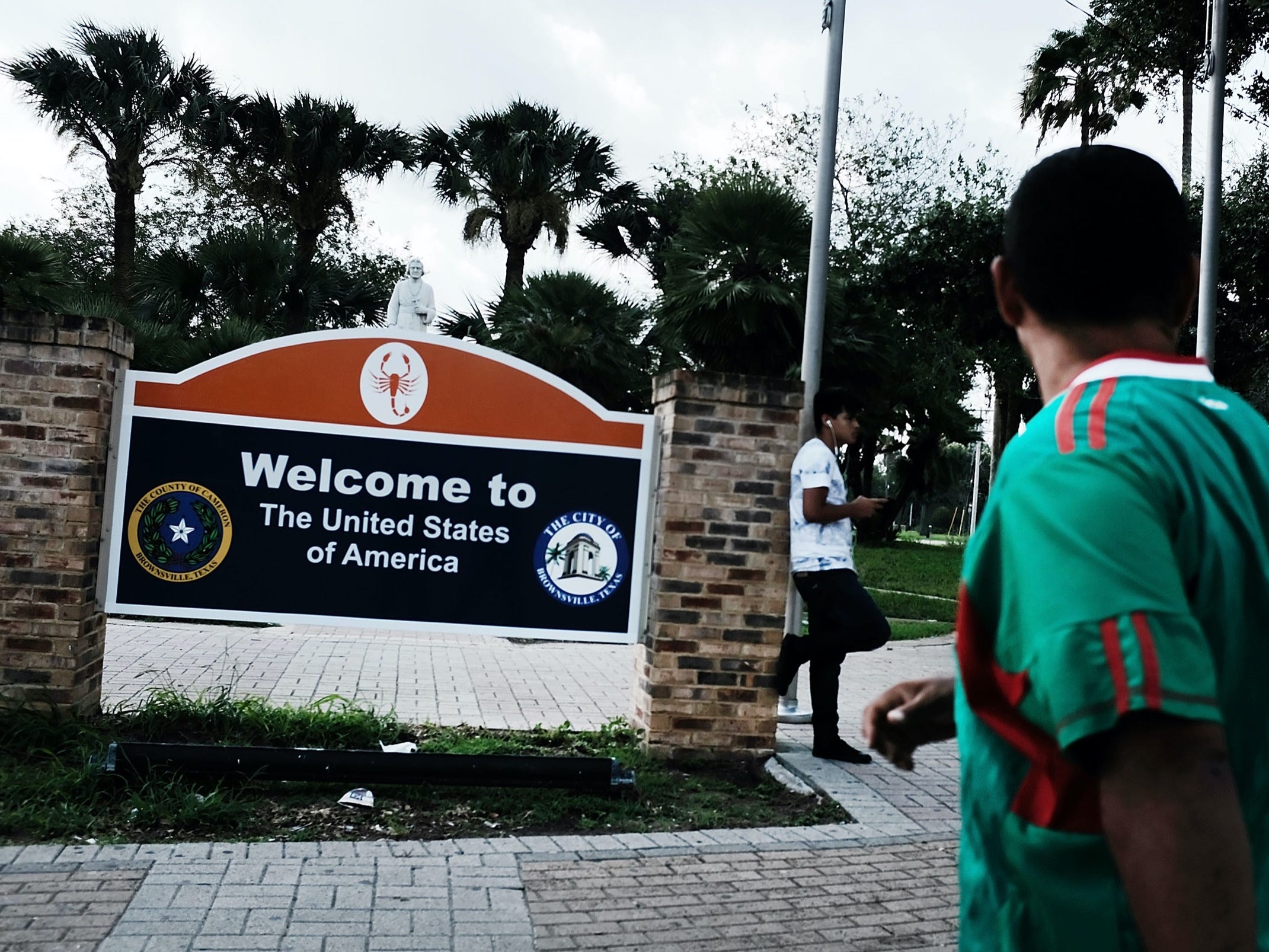 Although nearing the end of its term after an election defeat, the Trump administration just crossed off another to-do list item in advance of President-elect Joe Biden’s new administration, crafting a new and more complex test that immigrants must take to receive their citizenship.

Officials under President Donald Trump unveiled the new civics test on Friday that replaces a President George W. Bush-era test that’s been used for the last 12 years. It’s the final hurdle to naturalization before America’s immigrants receive their decision from the US Citizenship and Immigration Services and take the Oath of Allegiance in a naturalization ceremony.

EXCLUSIVE: Documents reveal Trump is building his own ‘deep state’ by leaving political appointees behind in government for the Biden administration

The USCIS began revising the test in 2019 in an effort to refresh it every 10 years. The last time it was updated was in 2008 during Bush’s presidency, leaving the Obama administration with no pressing need to touch the test during its tenure. With the 10-year mark coming in 2018, it fell squarely in the Trump administration’s purview.

Basic civics questions remain the same including “how many U.S. senators are there?” and “how many amendments does the U.S. Constitution have?” but the wording for some is more complex. Applicants are asked to “name two important ideas from the Declaration of Independence and the U.S. Constitution” instead of “what are two rights in the Declaration of Independence?”

In the former test, the applicant need only say a combination of terms in the famous phrase: “life, liberty, and the pursuit of happiness.” Correct answers to the new test, however, include more specifics terms such as “equality,” “social contract,” “natural rights,” “limited government,” and “self-government.”

The term “citizen” also replaces “people” when it comes to representation in some questions, as the Washington Post noted. When asked, “who does a member of the House of Representatives represent?” or “who does a U.S. senator represent?” the correct answer must include citizens and not people.

The idea of using the term “citizens” instead of “people” was a staple of the Trump presidency, especially as it came to the census and representation. The president fought to have the US Census Bureau ask respondents their citizenship status but dropped the question following legal battles.

The soon-to-be Americans can also put their maps away as geography will be removed entirely from the test. Former geography questions were typically lay-ups that included “what ocean is on the West Coast of the United States?” and “what is the capital of the United States?” The answers to those are the Pacific Ocean and Washington, DC, respectively.

Changes are also coming to the testing procedure and scoring. Instead of correctly answering only six questions, candidates must correctly answer 12 and must answer the full 20 instead of stopping once they have reached the passing mark, according to the Washington Post.

And that’s after studying from a list of 128 potential questions, an increase of 28 from the 2008 study guide. The threshold to pass remains the same at 60%.

Applicants of advanced age, 65 years or older, or those with 20 years of permanent residency in the US need only answer six correctly out of 10 instead of 20. Those applicants will also have the number of questions they’re required to study reduced to 20.

Luckily, applicants can view the test and its answers before they take it. Both the new 2020 and former 2008 versions are available on the USCIS website.

But advocates fear that the test changes will make it harder to become a US citizen and increase wait times to become a citizen, according to the Washington Post. The process to become a US citizen can already take upwards of two years once you’ve met the requirements, and that doesn’t include the potentially years-long process of getting permanent residency just to begin living and working in the country.

Those already scheduled to take the test won’t need to brush up on the new lingo and study guides just yet, however. Citizenship applicants with a filing date later than December 1, 2020, will receive the 2020 test while existing applicants will be administered the 2008 test.