Biden responds to Trump's acquittal, says the 'substance of the charge is not in dispute' and we must 'end this uncivil war' 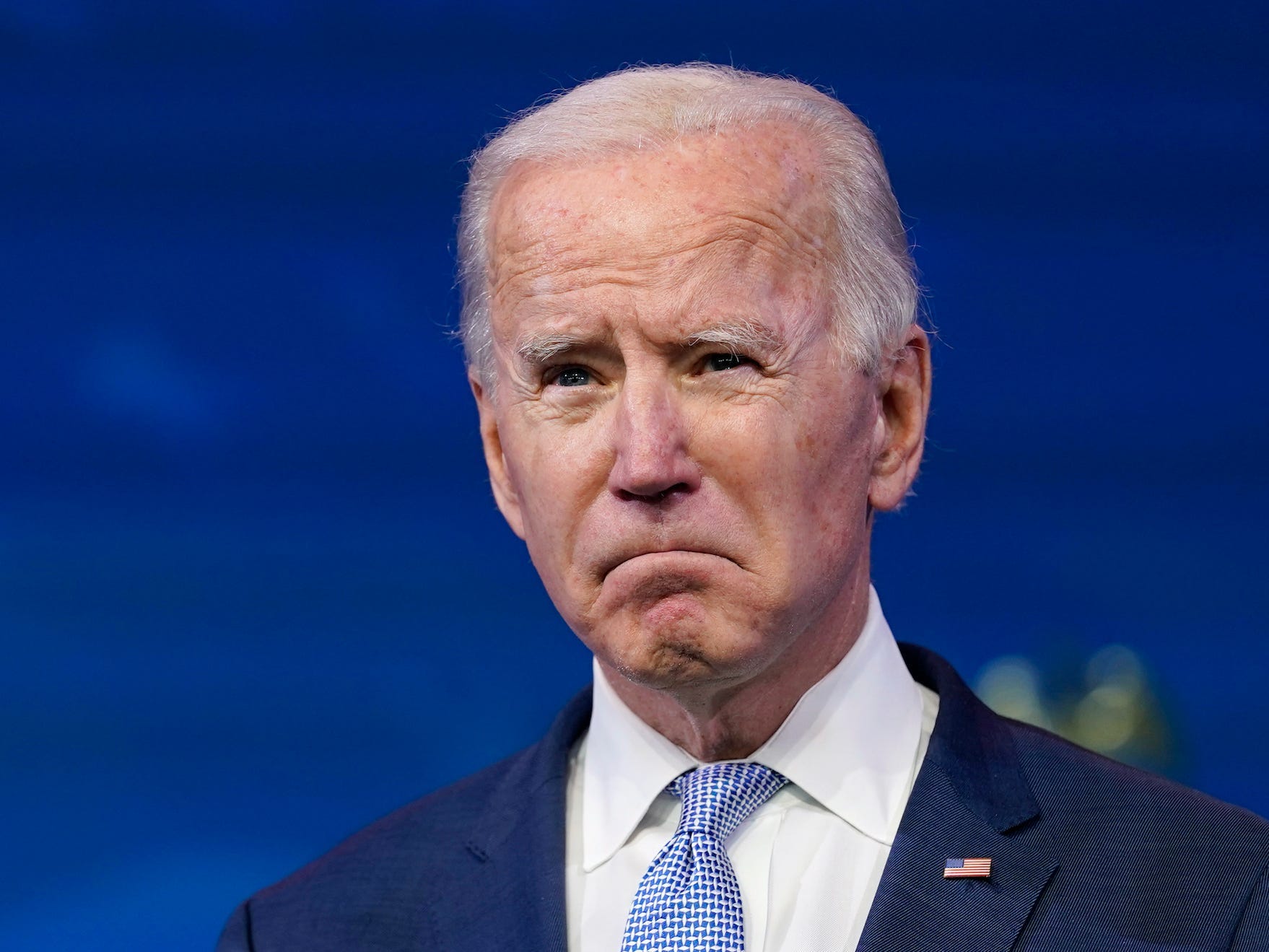 AP Photo/Susan WalshPresident-elect Joe Biden speaks at The Queen theatre in Wilmington, Del., Wednesday, Jan. 6, 2021. Biden has called the violent protests on the U.S. Capitol ‘an assault on the most sacred of American undertakings: the doing of the people’s business.’

President Joe Biden released a statement Saturday in response to former President Donald Trump’s acquittal by the Senate in his second impeachment trial.

“While the final vote did not lead to a conviction, the substance of the charge is not in dispute,” Biden said in the statement, noting Senate Minority Leader Mitch McConnell’s remarks from earlier in the day.

McConnell, who voted to acquit, said Trump is “practically and morally responsible for provoking the events of the day.”

Trump’s acquittal came one month after the House of Representatives voted to impeach him over incitement of insurrection, in a historically bipartisan vote.

The Senate trial was also the most bipartisan in US history, with seven Republicans joining all 50 Democrats to vote to convict Trump. The Senate needed 67 votes for a conviction, but 43 GOP senators voted to acquit.

In the statement, Biden recalled attending the funeral of Brian Sicknick, the Capitol police officer who died following the attack.

He also said “this sad chapter in our history has reminded us that democracy is fragile,” and that “violence and extremism” do not belong in the US.

“And that each of us has a duty and responsibility as Americans, and especially as leaders, to defend the truth and to defeat the lies,” Biden said.

“That is how we end this uncivil war and heal the very soul of our nation,” he said, adding that Americans must undertake that task together.