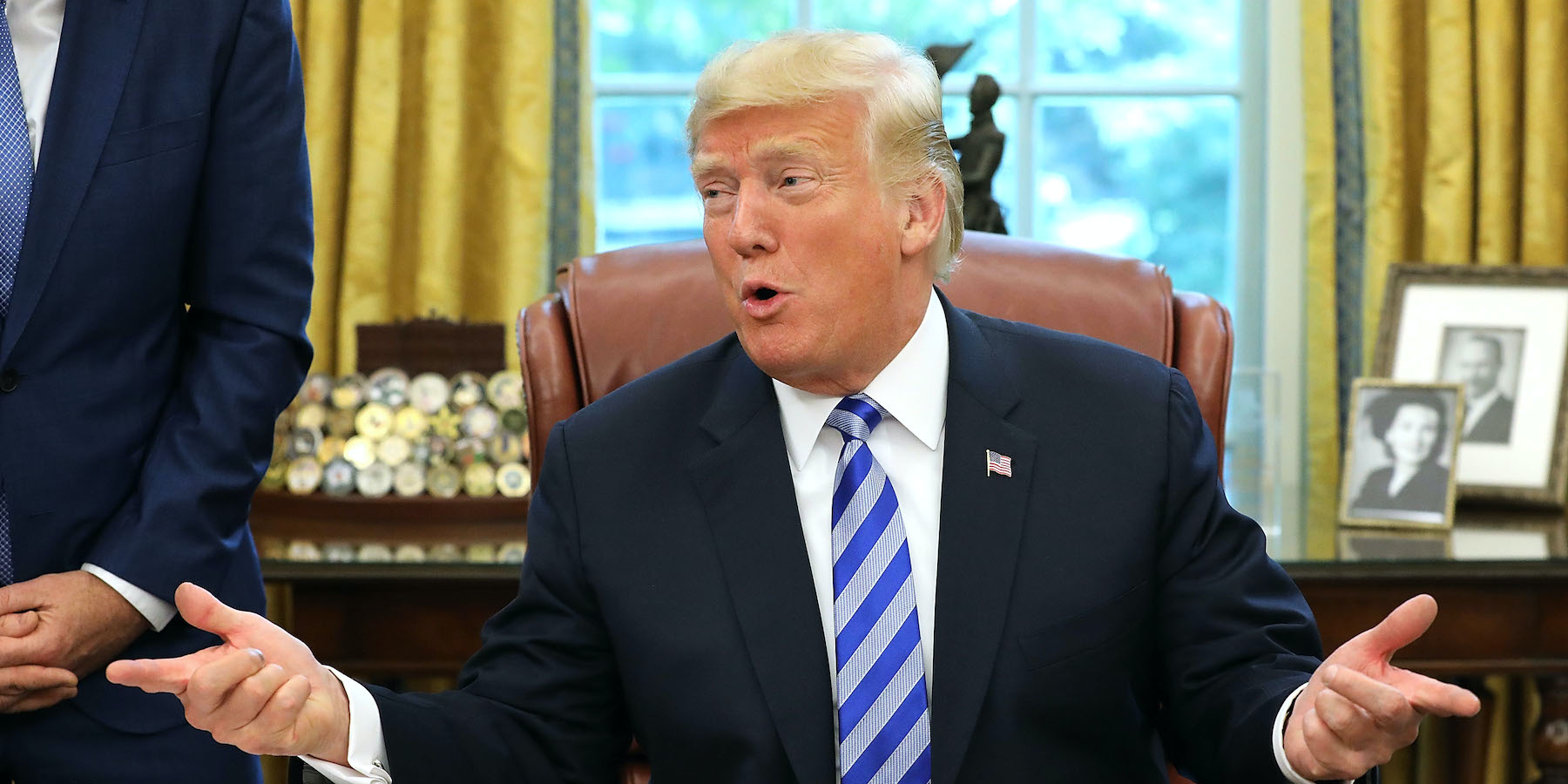 Some prominent investors using media platforms to warn of a stock market crash are doing so to pad their short positions, President Donald Trump alleged in a Wednesday tweet.

“When the so-called ‘rich guys’ speak negatively about the market, you must always remember that some are betting big against it, and make a lot of money if it goes down,” the president wrote. “Then they go positive, get big publicity, and make it going up.”

He continued: “They get you both ways. Barely legal?”

While short-selling remains a legal practice, banning it is not unheard of. Shorting of financial stocks was temporarily halted in September 2008 as the financial crisis reached its peak. Several European nations including Italy, Spain, and France instituted similar policies in the wake of coronavirus-driven sell-offs.


Read more:
A real-estate investor who generates $US342,000 of annual cash flow shares his unique spin on a popular investment strategy that’s helped land him 114 units

Such bans have been criticised for escalating market chaos in already turbulent times. Securities and Exchange Commission Chair Jay Clayton said on March 30 the agency shouldn’t use such policies, as they interfere with free-market dynamics.

“You need to be able to be on the short side of the market in order to facilitate ordinary market trading,” he said in an interview with CNBC.

It’s unclear which high-profile market commentators the president may have been targeting in his morning tweet, but several fit the description. Pershing Square CEO Bill Ackman made waves in late March after turning a $US27 million credit-protection bet into $US2.6 billion as the financial sector was slammed by coronavirus fears.

Before mentioning the windfall to his clients, the fund manager made a passionate, 30-minute appearance on CNBC warning of a dire market downturn. The March 18 interview helped push stock indexes to intraday lows and drew allegations of fearmongering.

Ackman noted later that day he was “confident the president will do the right thing” and institute nationwide lockdowns.

More recently, billionaire investor Stanley Druckenmiller warned the stock market’s current risk-reward backdrop was “as bad as I’ve ever seen it.” He expressed doubt that the Federal Reserve’s easing measures would keep markets from tumbling again, and said he thought that a sharp economic rebound likely won’t materialise.

“I pray I’m wrong on this, but I just think that the V-out is a fantasy,” he said in a videoconference Tuesday with The Economic Club of New York.


Bill Miller’s record-setting fund beat the market for 15 straight years. He explains why he’s still bullish on airlines, even after Warren Buffett abandoned the industry twice.