Trump just blew up the stimulus and spending bill. What happens now? 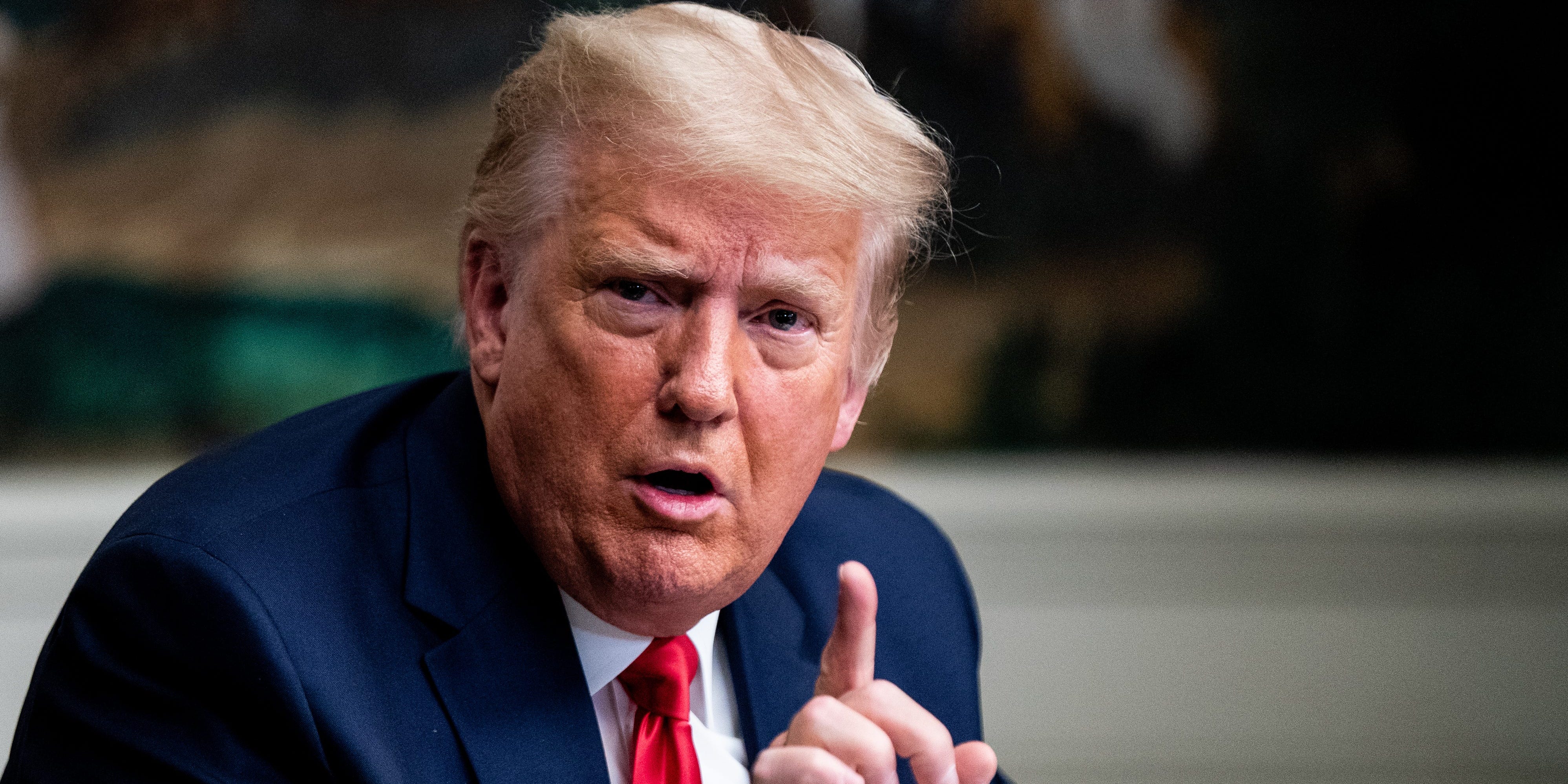 President Donald Trump was expected to sign a long-awaited stimulus bill that would send economic relief to millions of Americans, but on Tuesday night he threw a wrench into the agreement with a demand to increase direct payments to $US2,000 from $US600 â€” an offering that top Democrats supported.

The last-minute turmoil leaves Congress scrambling to deliver much-needed aid and avert a government shutdown, all during the holidays and the coronavirus pandemic. Trump is also expected to go on vacation on Wednesday to his Mar-a-Lago residence in Florida for Christmas.

Here’s a breakdown of where things stand and what could happen next.

What Trump is asking for

Trump on Tuesday night tweeted a four-minute video blasting the $US900 billion bipartisan stimulus package Congress sent to him for his signature.

He called the bill “a disgrace” and described the new round of $US600 stimulus checks as “ridiculously low.” Instead, Trump said, the checks should be bumped up to $US2,000, at odds with Senate Majority Leader Mitch McConnell’s stance.

The president was not involved in the negotiations about what became the 5,500-page Consolidated Appropriations Act of 2021 that the House and the Senate passed on Monday. Instead, he delegated to Treasury Secretary Steven Mnuchin.

But after Mnuchin assured Congress that Trump would sign the bill, Trump implicitly threatened to veto it unless the stimulus checks were hiked.

Why Congress attached the stimulus package to the omnibus bill

To wrap up the year’s legislative session, lawmakers merged the $US900 billion COVID-19 relief package â€” which turned out to be one of the largest relief packages in American history â€” with the $US1.4 trillion omnibus appropriations bill.

In the video, Trump appeared to confuse the two. “It’s called the COVID relief bill, but it has almost nothing to do with COVID,” he said.

What Congress has said to Trump

House Speaker Nancy Pelosi and Senate Minority Leader Chuck Schumer, the top Democrats in Congress, have backed the president’s call for bigger stimulus checks, against the wishes of the GOP’s McConnell.

Pelosi has proposed bringing a standalone bill with the direct payments to the House floor, though it would need House Republicans’ support.

This and the fact that McConnell and Senate Republicans have largely been opposed to raising the amount make it unlikely that the already negotiated $US600 checks will get a boost.

When emergency aid expires and government funding runs out

After eight months of on-and-off talks, Congress finally agreed on a stimulus bill to ease the economic pain caused by the coronavirus pandemic.

The legislation would extend federal aid programs enacted in March in the last massive emergency-relief bill, the CARES Act, most of which are due to expire on or around December 31.

Roughly 10 million people remain unemployed, and millions more could face eviction and food insecurity. The stimulus bill would provide an extra $US300 per week in jobless benefits through March, provide $US38 billion in food and rental assistance, continue an eviction moratorium until the end of January, and deliver one-time direct payments of $US600 to Americans earning up to $US75,000 per year.

The $US1.4 trillion spending bill would keep the federal government funded until September 30 and avoid a shutdown on Monday.

Regardless of how much Trump knows about what’s in the bill and what he’s objecting to â€” including foreign spending items that were included in the White House’s own budget proposal to Congress â€” the timing could be perilous.

What happens if Trump vetoes the bill

If Trump vetoes the bill, Congress could force it through by overriding it. But this could delay the arrival of stimulus checks and additional aid to Americans.

The president could also derail the timeline by pursuing a so-called pocket veto, in which he effectively vetoes the bill by not signing it within 10 days.

Further complicating matters is the constitutionally mandated swearing-in of the new Congress on January 3. And control of the Senate could change hands if Democrats sweep the two runoff elections in Georgia on January 5.

“In order to keep government from shutting down, I’ve already been notified of the possibility of going back into session to override this veto,” Sen. Chuck Grassley, the chairman of the Senate Finance Committee, told reporters on Wednesday.

Both the House and the Senate would need a two-thirds majority to override a presidential veto. Given that the bill passed 92-6 in the Senate and 359-53 in the House, this could be feasible, though lawmakers may change their votes.

If Trump refuses to sign the bill and Congress doesn’t override a veto, aid will be held up, and the government could shut down, likely until President-elect Joe Biden is sworn in on January 20 and can approve the package.