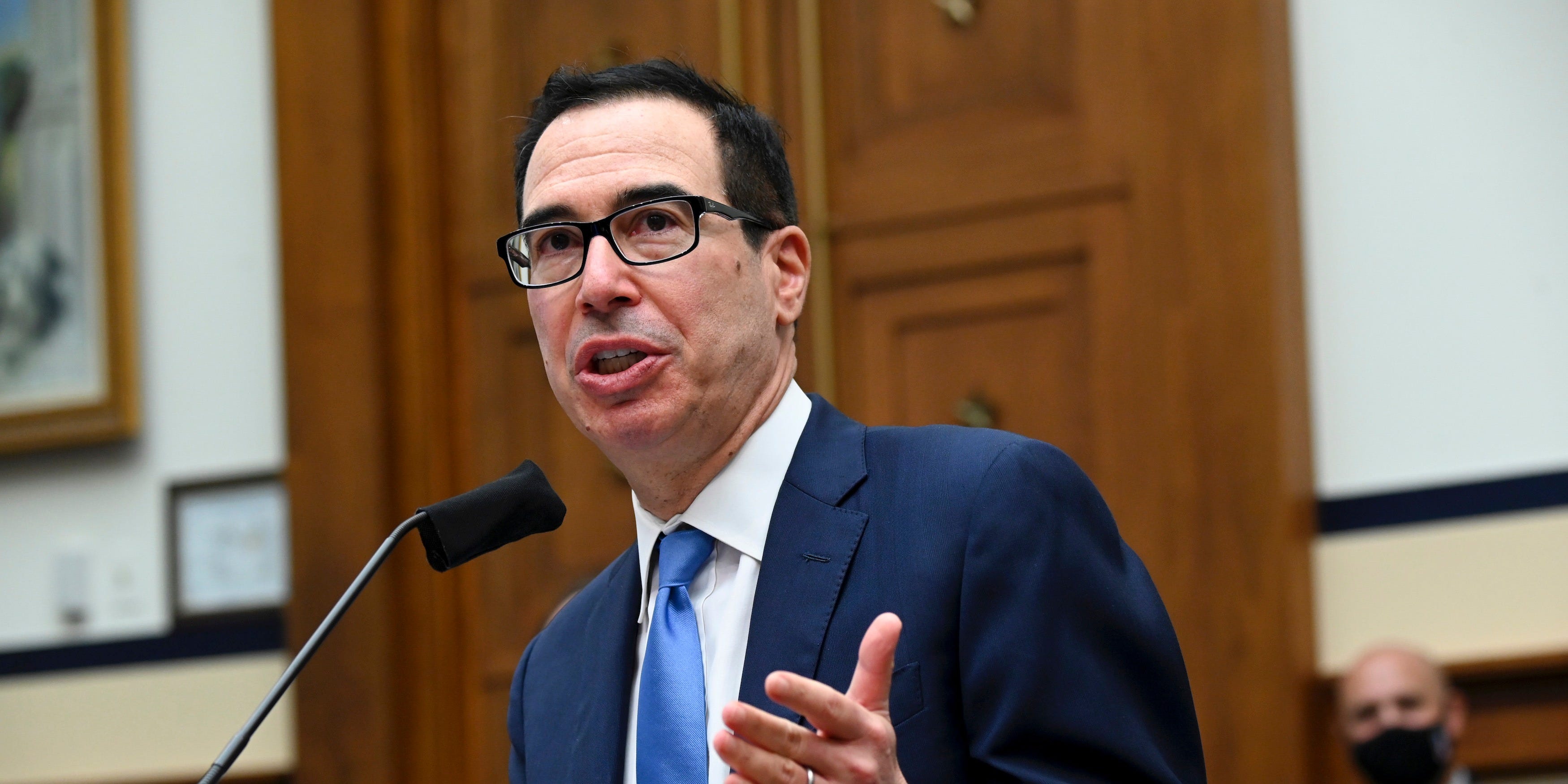 Treasury Secretary Steven Mnuchin said on Monday that shrinking the nation’s roughly $US3 trillion federal deficit shouldn’t be a critical concern right now. The remarks come as many Republican senators are staunchly opposed to further federal spending to bolster the economy.

“Now is not the time to worry about shrinking the deficit or shrinking the Fed balance sheet,” Mnuchin said during a CNBC interview.

"Now is not the time to worry about shrinking the deficit or shrinking the Fed balance sheet," says @stevenmnuchin1 pic.twitter.com/P8n9O5qjzA

Mnuchin praised the Federal Reserve’s response to the pandemic, saying the dual-pronged response rescued the economy from a collapse earlier this year.

“Had we not passed the $US3 trillion deal and had the Fed not acted in the way they have done… I think you’d see a very, very different economic scenario right now,” he said.

Mnuchin’s comments appear to be a thinly-veiled criticism of Republican lawmakers fighting against another stimulus package because the swelling federal debt. They also mirror recent remarks from Fed Chair Jerome Powell, who has prodded Congress throughout the summer for additional spending to shore up the economy.

“The time to start working on fiscal sustainability is not right now when we have so many people in need,” Powell recently told NPR.

Democrats are calling for at least $US2.2 trillion in more spending, but many Republicans oppose it as an expensive and unnecessary measure.


Read more:
Morgan Stanley says the stock market’s future is ‘unusually dependent’ on another stimulus package â€” and recommends 5 portfolio moves to make if Congress passes another round

Congress has pumped over $US3 trillion in emergency spending into the economy since March, increasing the debt to $US26.7 trillion so far. But over a dozen Republican senators balk at the idea of approving more federal assistance, arguing the economy is recovering on its own.

“We don’t have an unlimited checking account,” Sen. Ron Johnson of Wisconsin said in early August.

Many economists say another sizable stimulus package is necessary to prevent an economic recovery from stalling out, pointing to the low cost of borrowing and an inflation rate that’s stayed in check. The number of permanent layoffs are rising and nearly 30 million Americans are receiving unemployment benefits.

“When the economy is on stronger footing, serious thought must be given to the country’s unsound fiscal trajectory,” former Treasury secretaries Robert Rubin and Jacob Lew wrote in a Washington Post op-ed last week. “But with a pandemic raging amid an ongoing, deep recession, this isn’t the time to let deficits stand in the way of adequately addressing the crisis and the great need it has created.”

On Thursday, Democrats blocked a $US500 billion GOP stimulus plan, deriding it as “emaciated” since it didn’t include additional aid to state and local governments or a second round of $US1,200 stimulus checks for Americans.

The proposal also included a $US300 federal supplement to state unemployment benefits, only half of what Democrats are seeking to put in place.