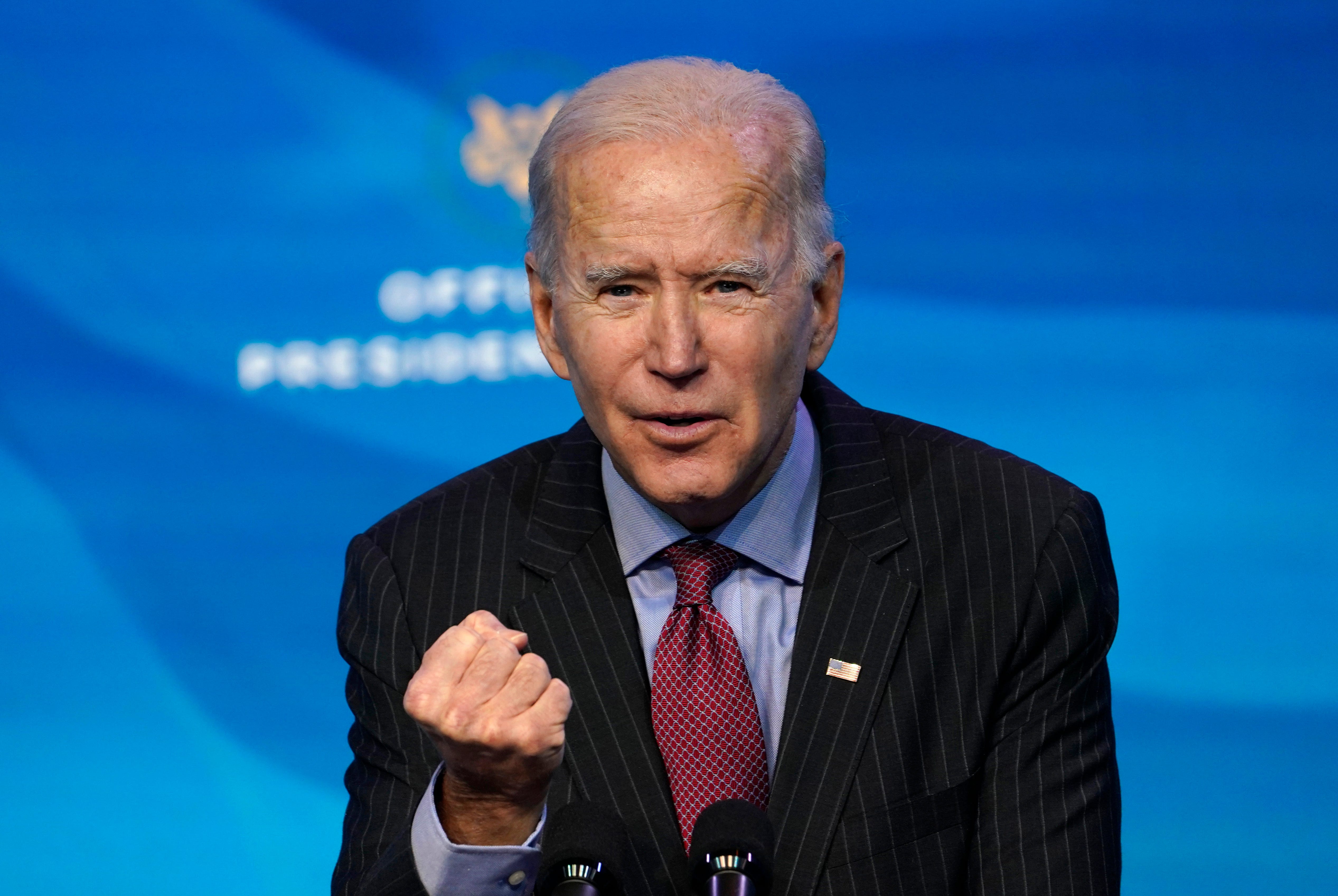 US Treasury prices slipped on Thursday after a CNN report said President-elect Joe Biden was mulling a $US2 trillion stimulus bill, while stocks were set to open slightly higher on Wall Street.

The yield on the 10-year US Treasury note – which moves inversely to its price – rose 1.2 basis points to 1.1%. Yields were up on Treasuries from the 3-year note to the 30-year bond, as investors bet more stimulus would lead to more issuance of government debt and higher inflation.

The S&P 500 was set to open slightly higher, with futures up 0.22%. Dow Jones futures were 0.31% higher but Nasdaq futures were up just 0.02%. The second impeachment of US President Donald Trump did little to market sentiment, with investors instead focused on stimulus and the Federal Reserve.

An ETF expert breaks down his top 5 predictions for the industry in 2021 â€” including 4 funds that are among the best to buy, and why ARK Invest won’t be able to repeat its dominance

Chinese shares tumbled overnight as the country suffered the biggest rise in coronavirus cases since the spring. China’s CSI 300 index dropped 1.93% as infections rose sharply in the north east.

Investors have had a calmer week after the frenzied buying at the start of the year. Last week, investors piled into stocks that are more exposed to the economic cycle such as financials and industrials, in the hope that a Biden presidency and more stimulus will fuel growth.

Biden is expected to lay out his plans later in the day in Wilmington, Delaware. His advisors have told allies the total package could come to around $US2 trillion, two people briefed on the plans told CNN.

David Madden, market analyst at CMC Markets, said: “Essentially, the markets have been in a holding pattern for the past three days as dealers have been waiting to hear from Mr Biden.

“To an extent, a large amount of positive news has been factored into stocks and commodities.”

Bond yields have marched higher, while prices have fallen in recent weeks. Investors expect the government to issue another wave of bonds to fund extra stimulus, pushing up supply.

Markets are also betting stimulus will help growth and inflation. That pushes down bond prices and pushes up yields as low-yielding bonds look less attractive, especially compared to stocks.

Bitcoin’s price rose 9.8% over 24 hours to $US38,141 at 4.21am ET. It has been a volatile period for the cryptocurrency after the Bitcoin price hit an all-time high of close to $US42,000 last week, but the crash some have predicted has not yet materialised.

Italian bond yields rose after former prime minister Matteo Renzi withdrew his Italia Viva party from the governing coalition in protest over the handling of the ongoing COVID-19 crisis.

The CIO of a $US500 million crypto asset manager breaks down 5 ways of valuing bitcoin and deciding whether to own it after the digital asset breached $US40,000 for the first time

Oil prices slipped on Thursday morning after climbing on hopes of a big US stimulus package. Brent crude was down 0.59% to $US55.73 per barrel. WTI was 0.45% lower at $US52.67 a barrel. Nonetheless, oil prices have risen sharply in recent weeks and many investors expect demand to increase further.

“With President-elect Biden shooting for the moon on stimulus, and China data suggesting its economic juggernaut remains on track, financial markets should enter the last part of the week on a positive frame of mind,” said Jeffrey Halley, senior market analyst at currency broker Oanda.

“Any rise in US yields and the US dollar should not be enough to derail further rallies in equity markets and support energy.”