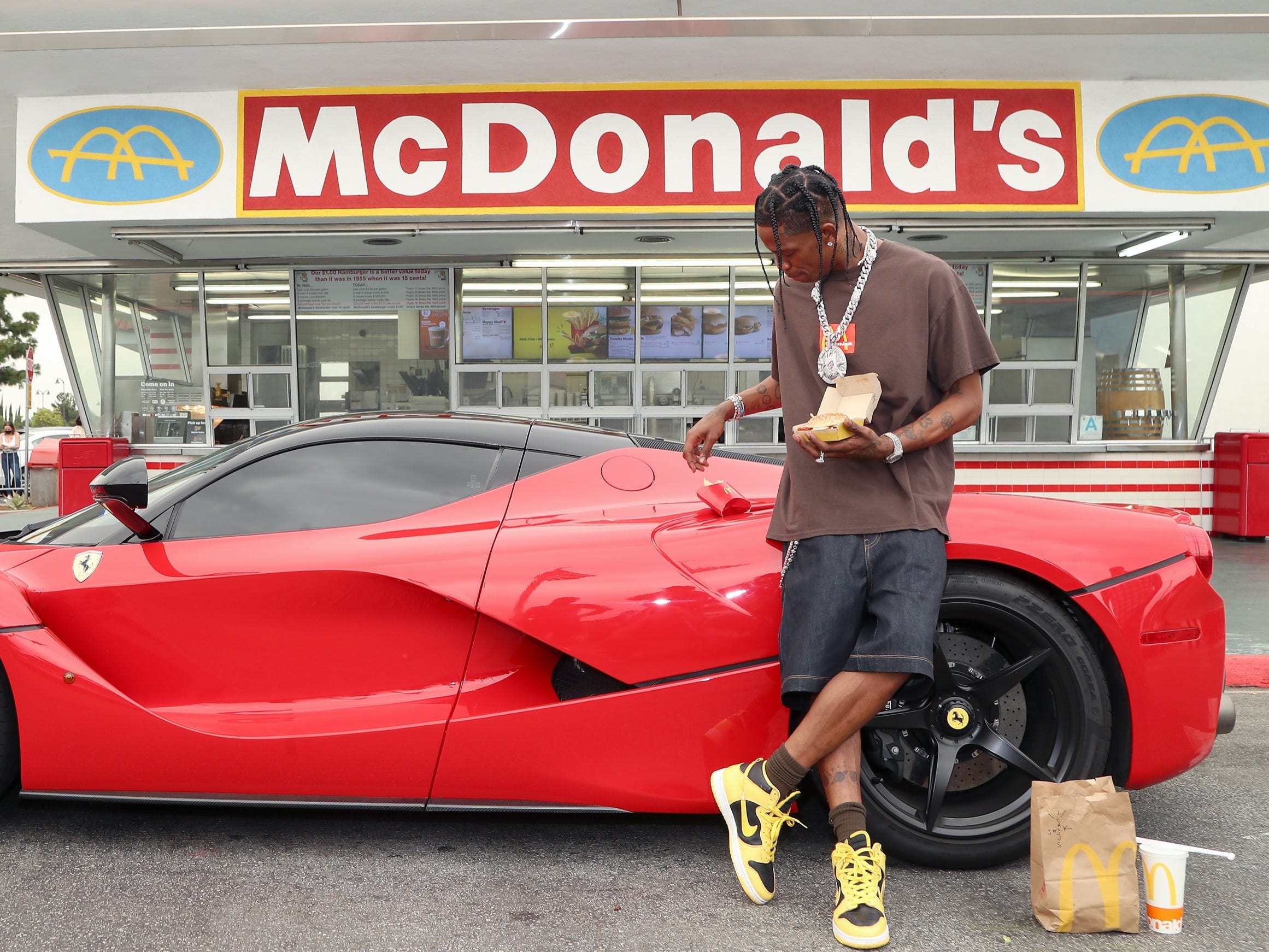 Jerritt Clark, Courtesy of McDonald’sTravis Scott is partnering with McDonald’s.

Travis Scott has debuted a new line of McDonald’s inspired fashion, from a $US90 nugget body pillow to $US250 denim shorts featuring the Golden Arches.

The same day, Scott debuted a new line of merchandise inspired by McDonald‘s under his label, Cactus Jack. In addition to the nugget body pillow and denim shorts, other highlights include an array of t-shirts and hoodies, Egg McMuffin-branded boxers, a burger tie, and a Cactus Jack basketball jersey.

McDonald’sItems in the new collaboration between Scott and McDonald’s.

McDonald’s said in a press release that the items will only be available for a very limited time or as supplies last. According to the company, there will be more drops in the coming days.

McDonald’s US chief marketing officer Morgan Flatley told Business Insider that McDonald’s decided to team up with Scott because of his cultural impact, especially when it comes to younger customers. 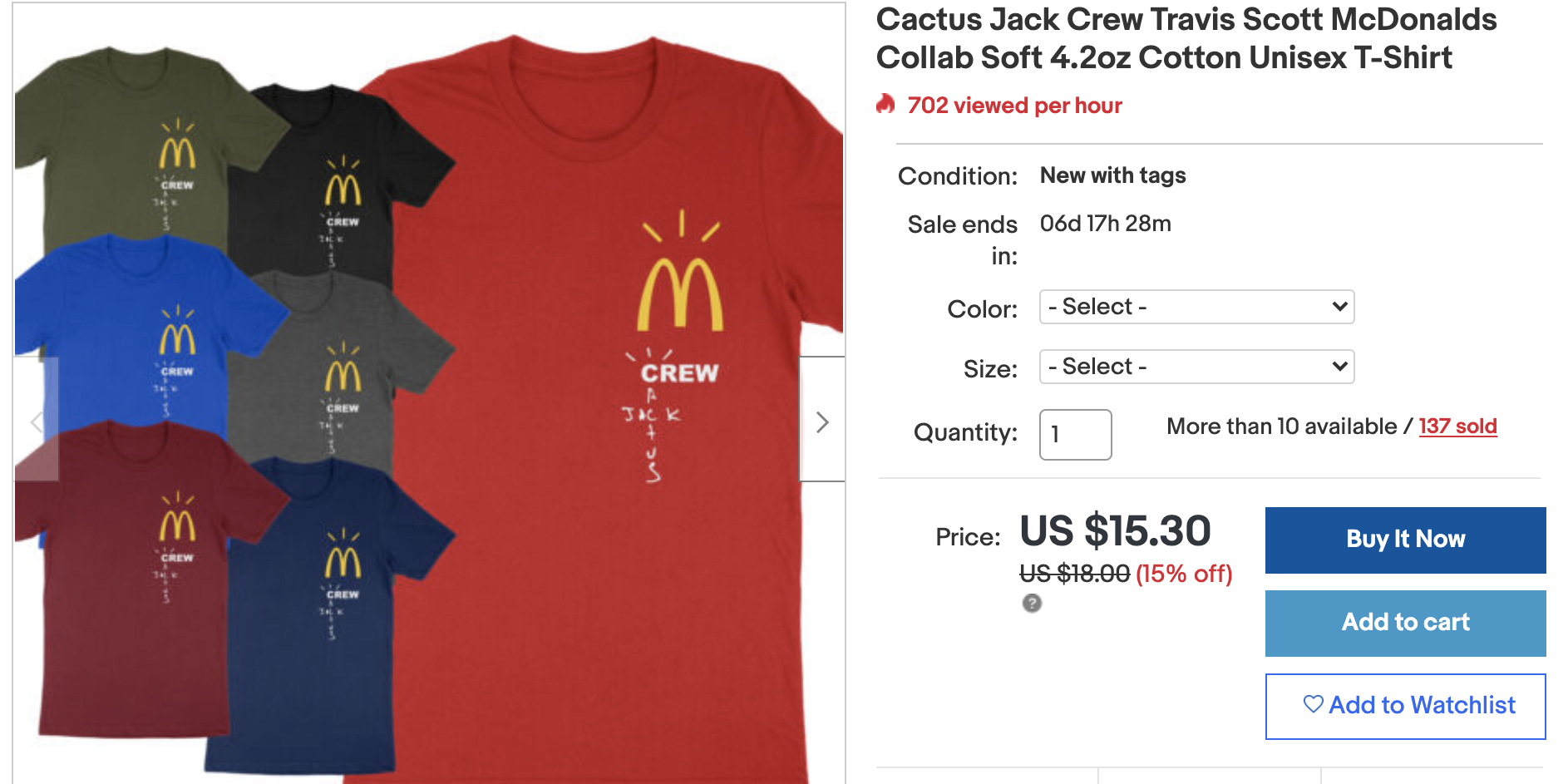 eBayT-shirts for McDonald’s workers are already being resold online.

Scott also designed Cactus Jack t-shirts specifically for McDonald’s crew to wear during the promotion. The t-shirts are already being resold on eBay, confirming fans’ predictions that the partnership would fuel a resale market.

Flatley and Vicki Chancellor, the franchisee who is the head of McDonald’s Operator’s National Advertising Fund, said that restaurant workers’ appreciation for Scott also contributed to the company’s decision to partner with the rapper.

“Our crew members have been on the front lines from day one of this pandemic,” Chancellor told Business Insider. “When I have spoken to my crew members, [they] were over the moon. When I told them that there was a collaboration with Travis Scott, they looked at me in disbelief. They couldn’t believe it. They were so excited.” 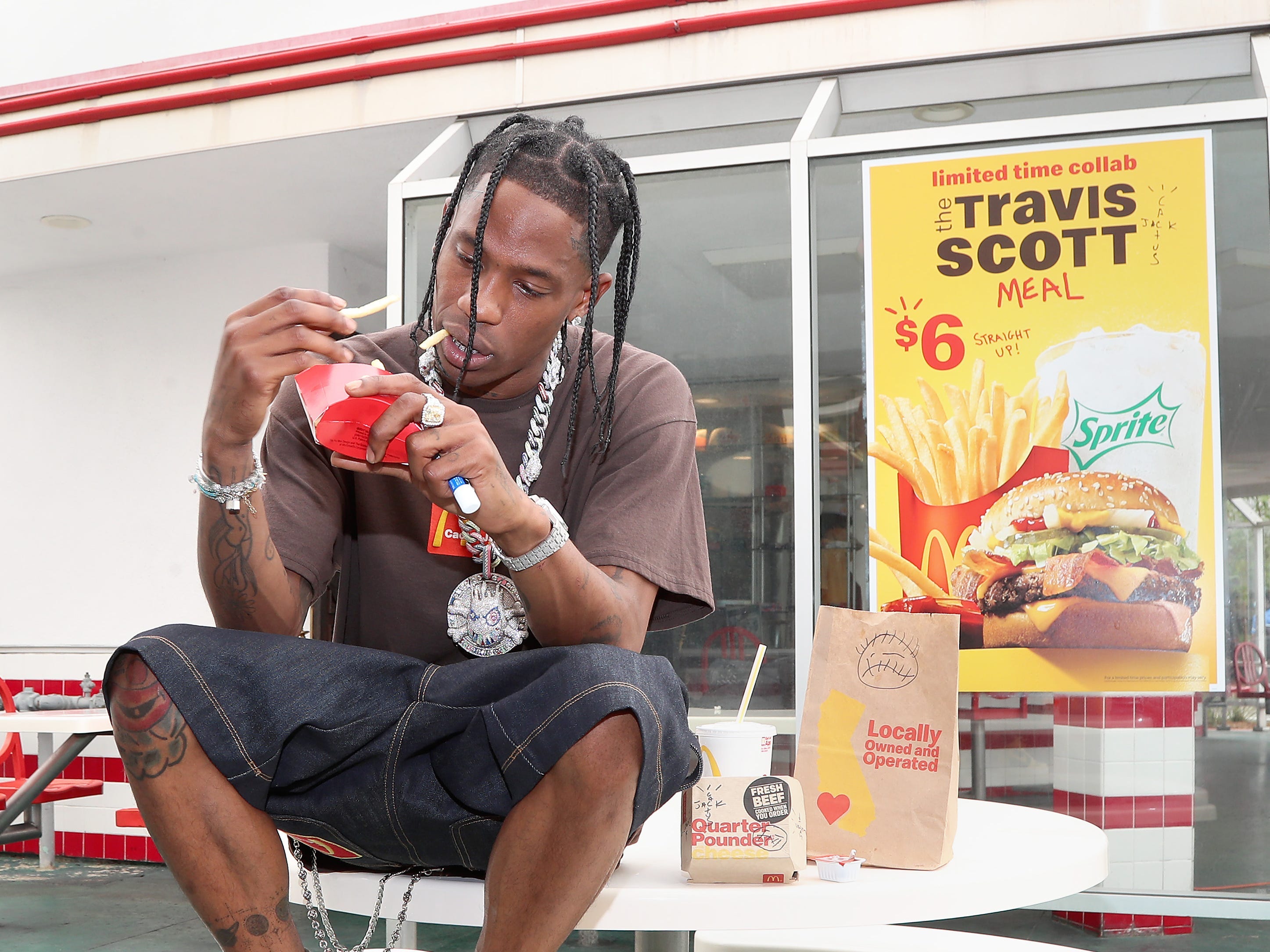 Scott visited a McDonald’s in Downey, California, to pick up an order himself, surprising the crew at the restaurant (which is McDonald’s oldest operating location in the US) and attracting a mob of fans.

McDonald’s debuted a commercial for the campaign on Monday, starring Scott as an action figure. The ad features a score from Scott himself â€” including a tweaked version of McDonald’s iconic “ba-da-ba-ba-bah” jingle.

Read the inside story of the McDonald’s-Travis Scott partnership here.