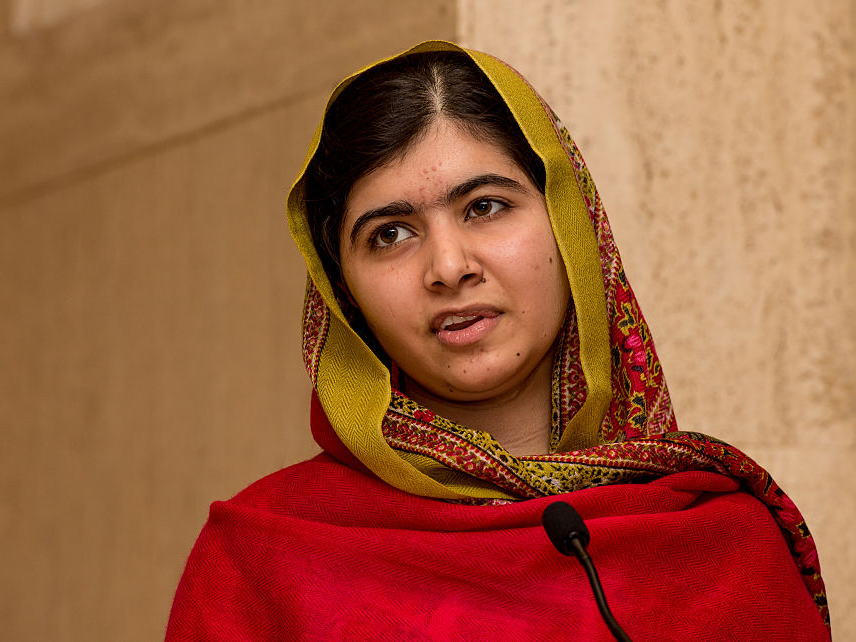 In the last 150 years, women’s roles have changed dramatically across the world. With strong women like Susan B. Anthony and Rosa Parks fighting for equality, women today can be just about anything they set their minds to.

While work is still being done for equal rights for all, let’s take a look at just a few of the women who broke down huge barriers during their lifetimes.

Shirley Chisholm fought for racial and gender equality as the first African-American woman in Congress. 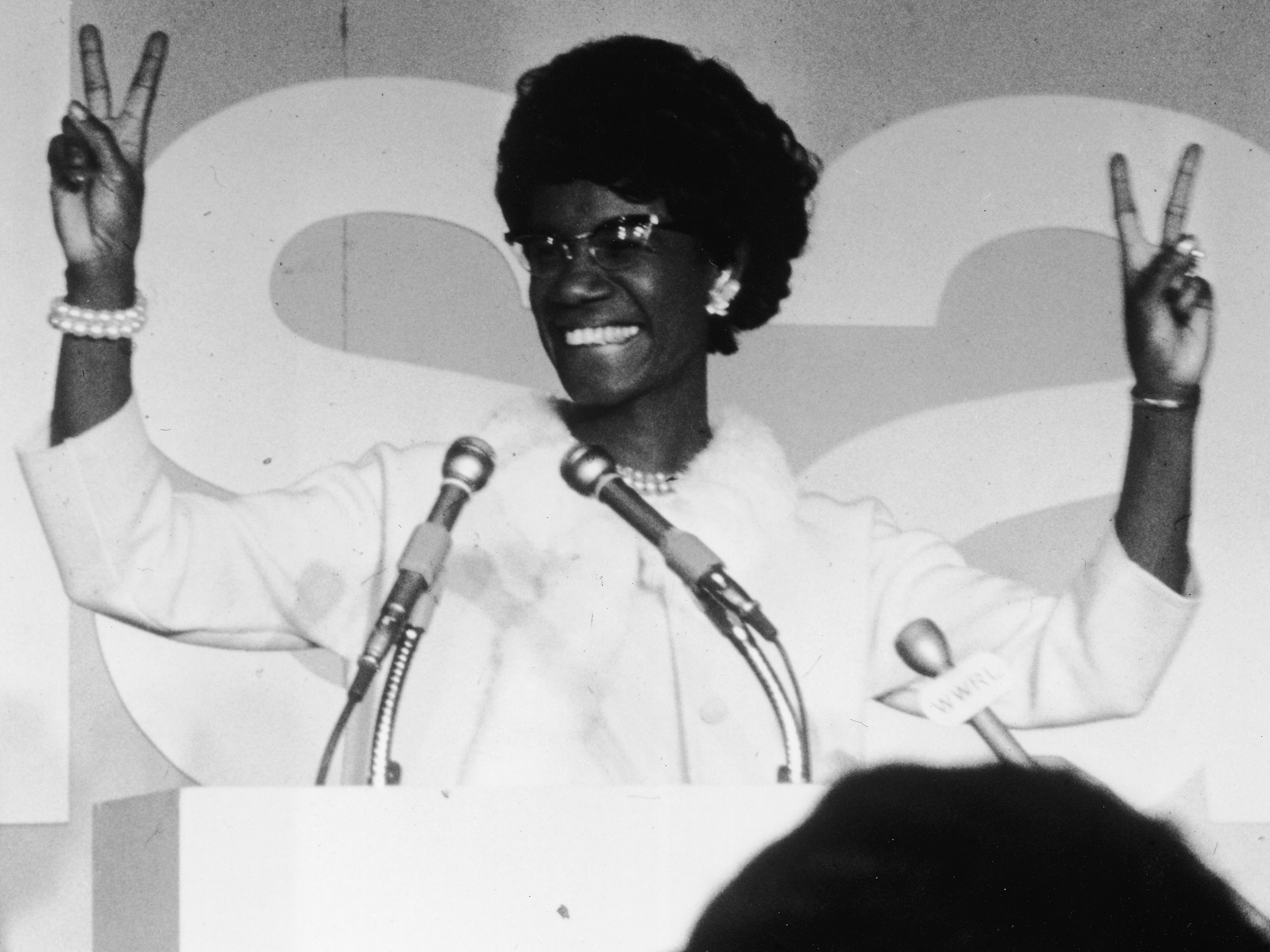 Shirley Chisholm broke barriers in American politics as the first African-American woman in Congress during a time of extreme discrimination in the United States. She started her career as a nursery school teacher and earned her master’s degree in elementary education from Columbia University in 1951.

In 1969, Chisholm ran and won a seat in Congress, where she ultimately served seven terms. During her time in Congress, she earned the nickname “Fighting Shirley” for her passionate work for racial and gender equality. She went on to be the first woman and African-American person to run for president of the United States under a major political party in 1972.

Malala Yousafzai continues to fight for the right of all girls to go to school. 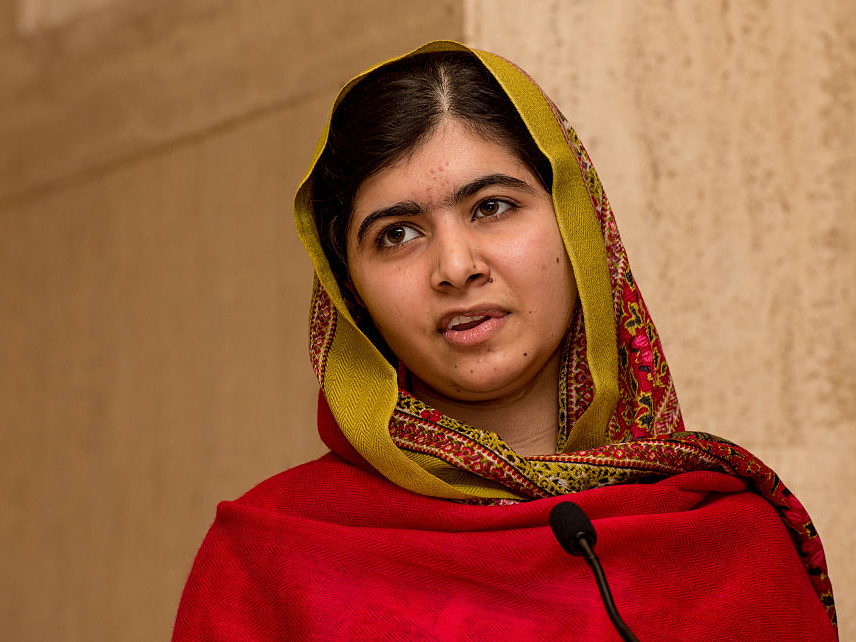 Malala Yousafzai grew up in Pakistan, where the Taliban took control. Girls were no longer allowed to go to school, and many schools were being destroyed.

At just 11 years old, Yousafzai began to speak out against the Taliban on a blog and documented her experiences. After receiving some recognition for her work, at the age of 15, she was shot in the head by the Taliban on her way home from school in 2012.

After her recovery in the United Kingdom, Yousafzai started the Malala Fund, a charity that fights for girls’ education. In 2014, she became the youngest-ever Nobel Peace Prize winner at just 17 years old.

Today, there are still more than 130 million girls not in school. Yousafzai continues to break ground with her work across the world.

Marie Curie groundbreaking discoveries led to the use of radiation to treat illness. 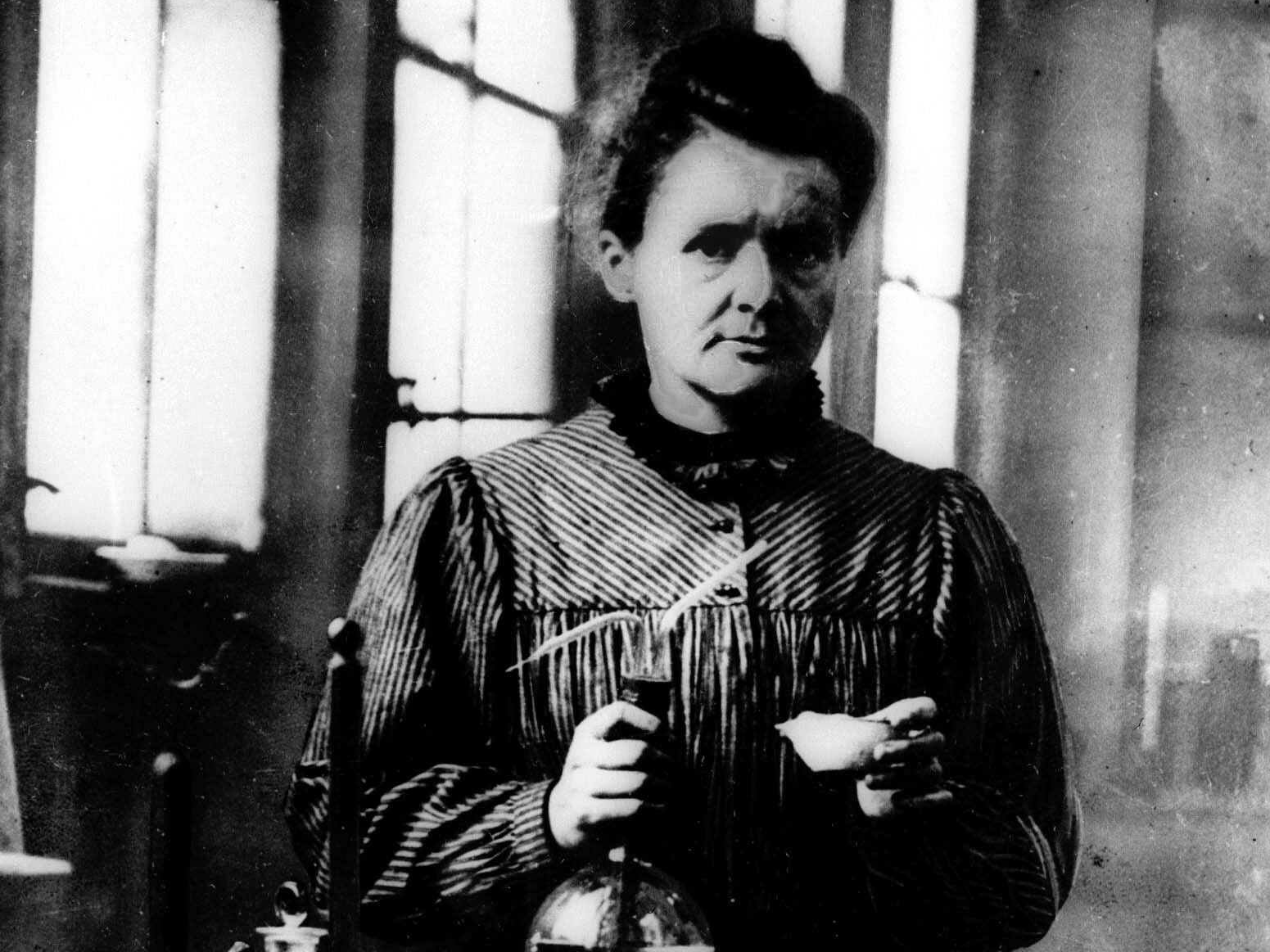 Marie Curie became a world-renowned physicist during a time when women weren’t regarded for these types of roles.

Born in Poland, Curie left Warsaw in 1891 to study physics and mathematics at the Sorbonne in Paris. There, she met her husband Pierre Curie, who together began researching the separation of radium from radioactive residues. Their work covering radioactivity earned them the Nobel Prize for Physics.

After her husband died in 1906, Curie threw herself into her career, and she became the first woman to teach at the Sorbonne. She later earned a second Nobel Prize, this time in Chemistry for her work in isolating pure radium.

Curie was the first woman to win a Nobel Prize, and she’s still the only woman to win Nobel Prizes in two different areas. Her groundbreaking work advanced the use of radiation to treat illness and furthered research around nuclear physics. 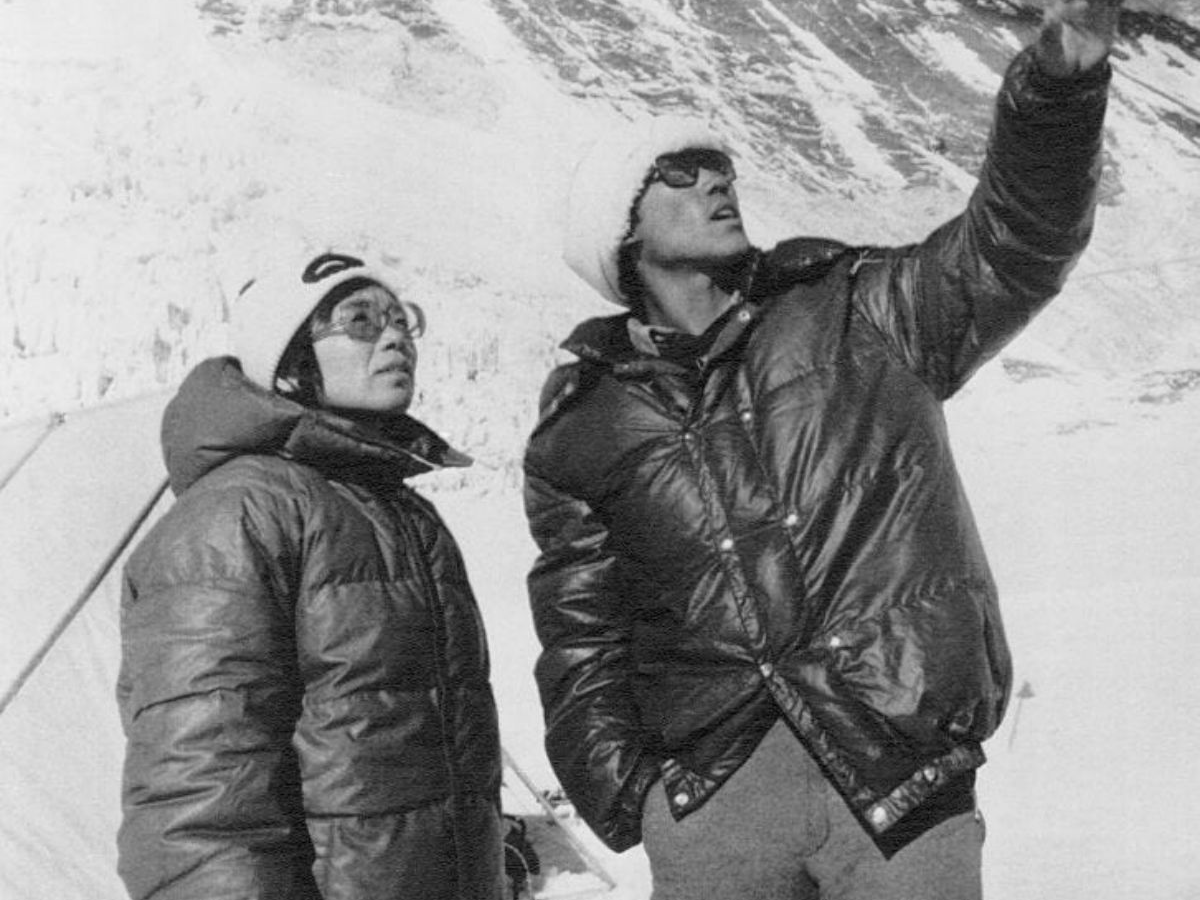 Tabei formed the Ladies’ Climbing Club in 1969, an all-woman mountaineering club that would eventually make the trek up Mount Everest together in 1975.

While Tabei’s accomplishment of climbing Mount Everest was huge on its own, her Ladies’ Climbing Club broke barriers in Japan where at the time it was believed that women should just be caring for their families. 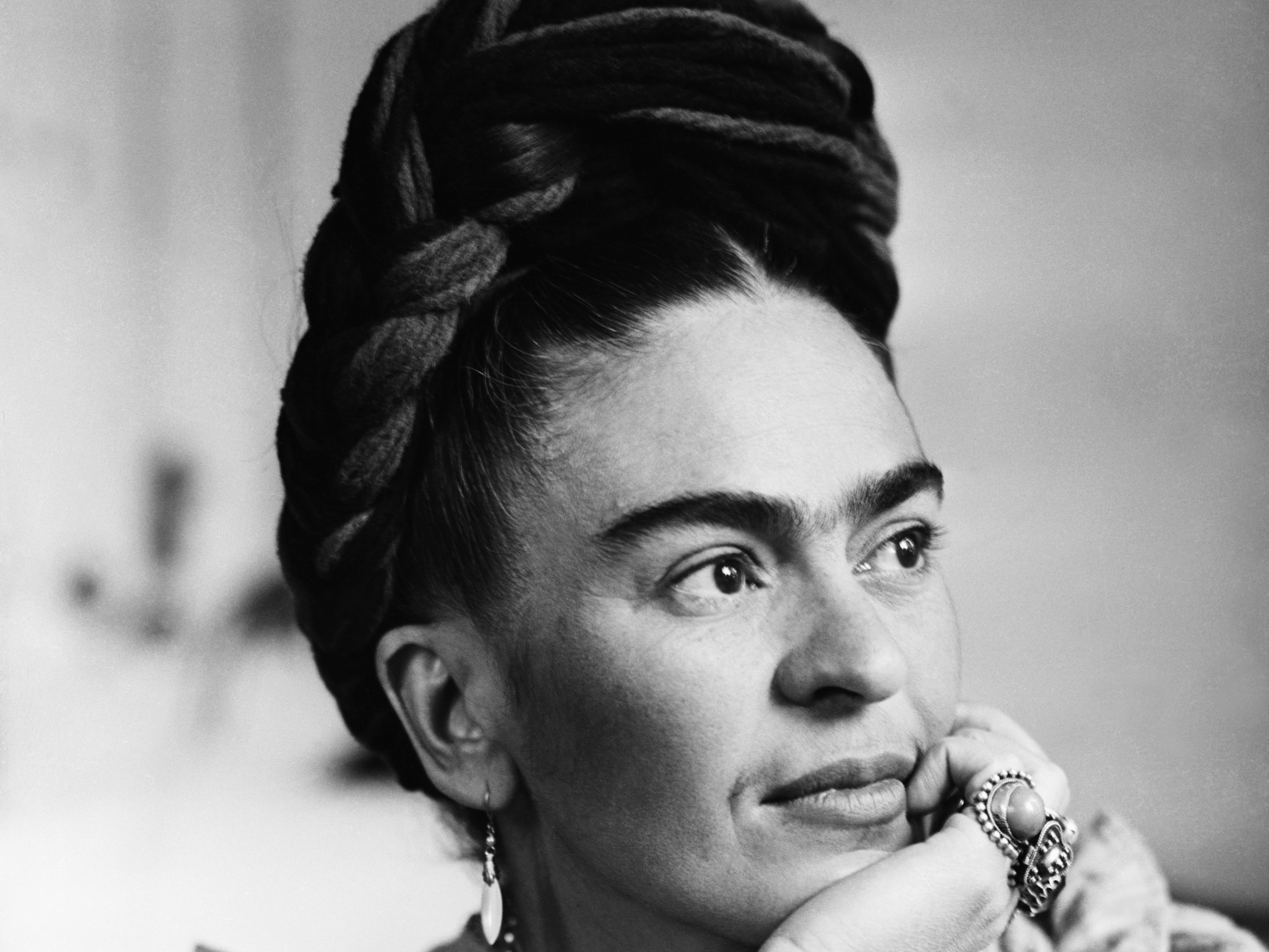 Frida Kahlo overcame a debilitating injury and tumultuous marriage to become one of Mexico’s most famous painters.

In 1925, she was in a bus accident that required her to have over 30 surgeries during her lifetime. But it was during her recovery that she learned to paint.

By the 1930s, Kahlo’s marriage was suffering. Her husband was having an affair with Kahlo’s sister, while Kahlo was also having extramarital affairs with both men and women, and the couple divorced.

Despite her personal struggles, Kahlo is best known for her surrealist self-portraits that celebrate both the female form and Mexican culture. Today, she is heralded as a feminist and LGBTQ icon.

Valentina Tereshkova was the first woman in space. 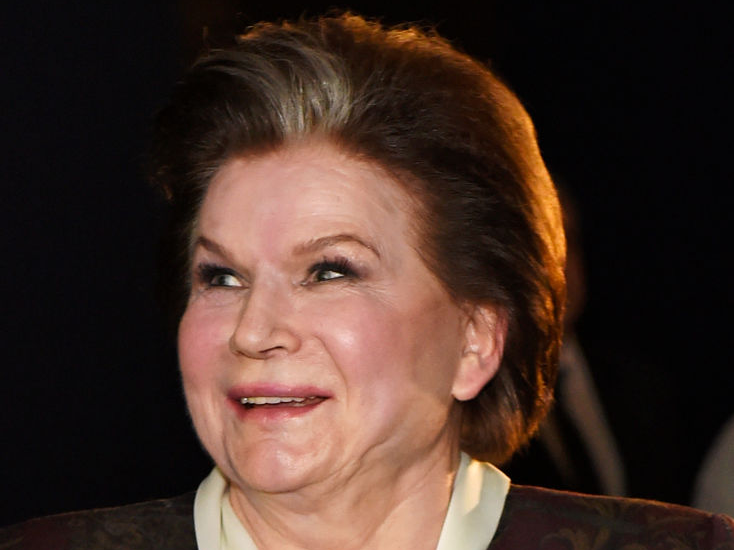 Russian Valentina Tereshkova was the first woman to ever go to space. While working in a textile mill, Tereshkova joined a parachuting club, where she made 150 parachute jumps. With her experience from parachuting, she wrote a letter to the space centre asking if she could join.

The Soviet space officials were already putting together a group of women for the next cosmonaut team. In 1961, they decided to choose Tereshkova to join the next group of people to go to space. After rigorous training, she was launched into space for a 70-hour-and-50-minute flight that resulted in 45 revolutions around the earth. 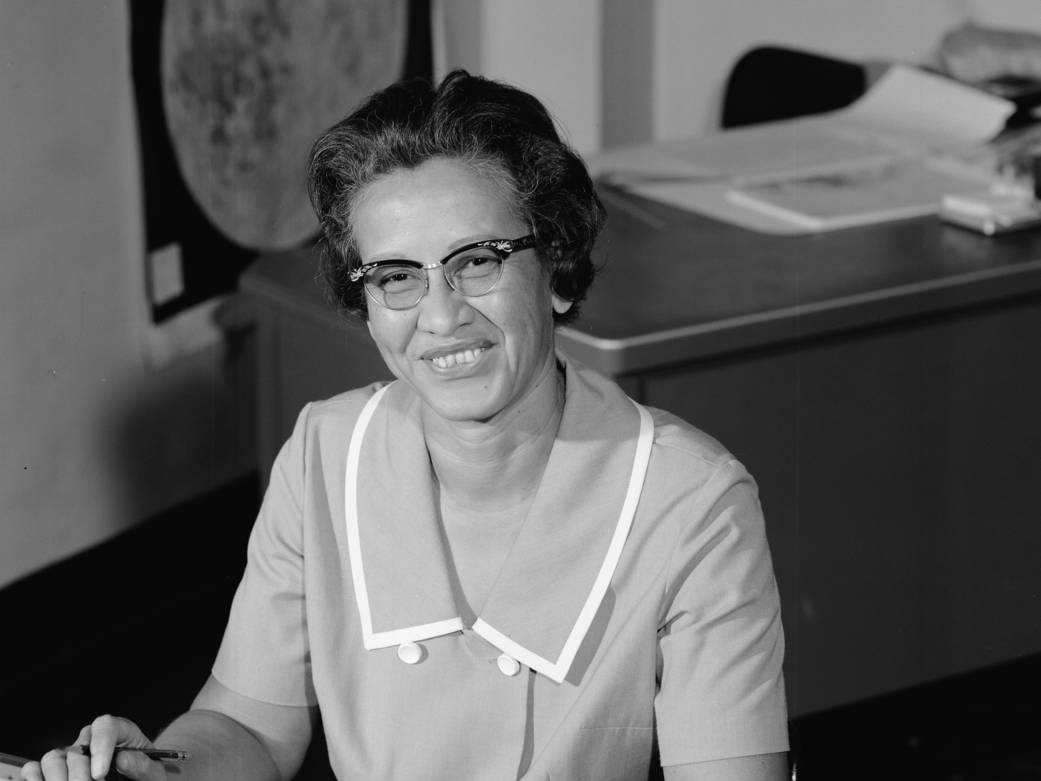 Mathematician Katherine Johnson used her exceptional calculation skills to assess the flight paths of spacecraft for NASA. Prior to her work in the space industry, Johnson one of the first three African American students to be accepted into the graduate program at West Virginia University in 1939. Soon after, she got married and started a family, putting her mathematics career on hold.

In 1953, Johnson began working for the National Advisory Committee for Aeronautics (NACA), which was still segregated at the time. Her work analysing flight tests led to her joining the Space Task Group for what would become NASA later that year. She did trajectory analysis for the first human spaceflight and ran calculations personally for John Glenn’s orbital mission.

During her 33-year career, she was the first woman in her division to receive credit for a research report, and she went on to author or co-author 26 research papers. Johnson received the Presidential Medal of Freedom from President Obama in 2015.

Madam C.J. Walker became the first female self-made millionaire in the US. 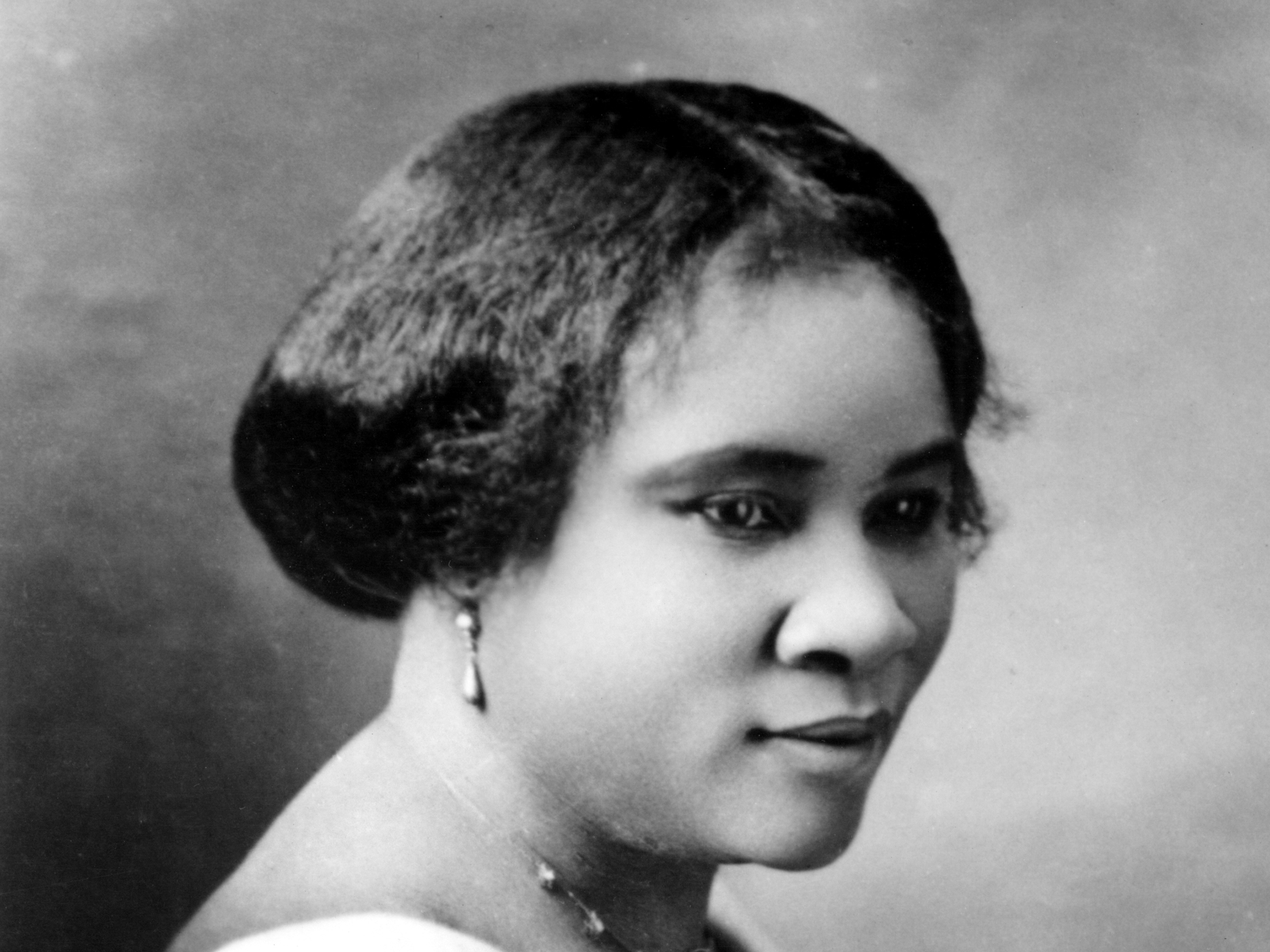 Madam C.J. Walker created her own line of hair care products in 1905, which led to her becoming the first female self-made millionaires in the United States. Her business started after she invented a treatment for her own hair loss, and she began selling it as the Walker system.

Her products became popular among African American women because she used her personal experience and marketed them as being designed for their specific hair type. She used her wealth to fund a YMCA in Indianapolis and made donations to the NAACP.

Katharine Graham’s courage led her to become the first female CEO of a Fortune 500 company. 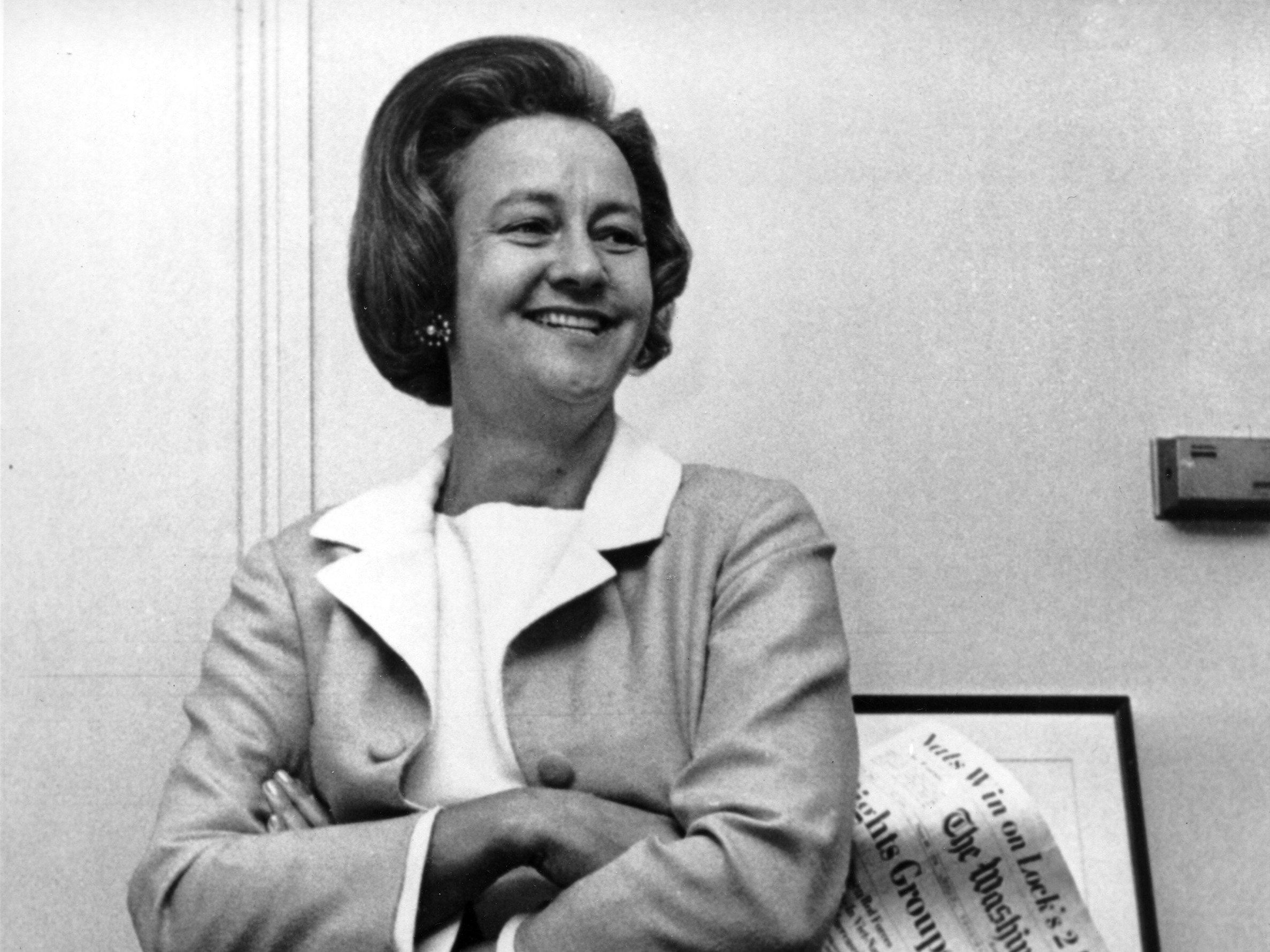 Katharine Graham paved the way for women in business as the first female CEO of a Fortune 500 company.

After her husband died in 1963, Graham took over as president of the Washington Post Company and ultimately led the newspaper to success.

Because of Graham’s courage and tenacity, the Washington Post published the Pentagon Papers, which exposed the harsh realities of the Vietnam War, and the Watergate Scandal, despite pushback from the Nixon administration. 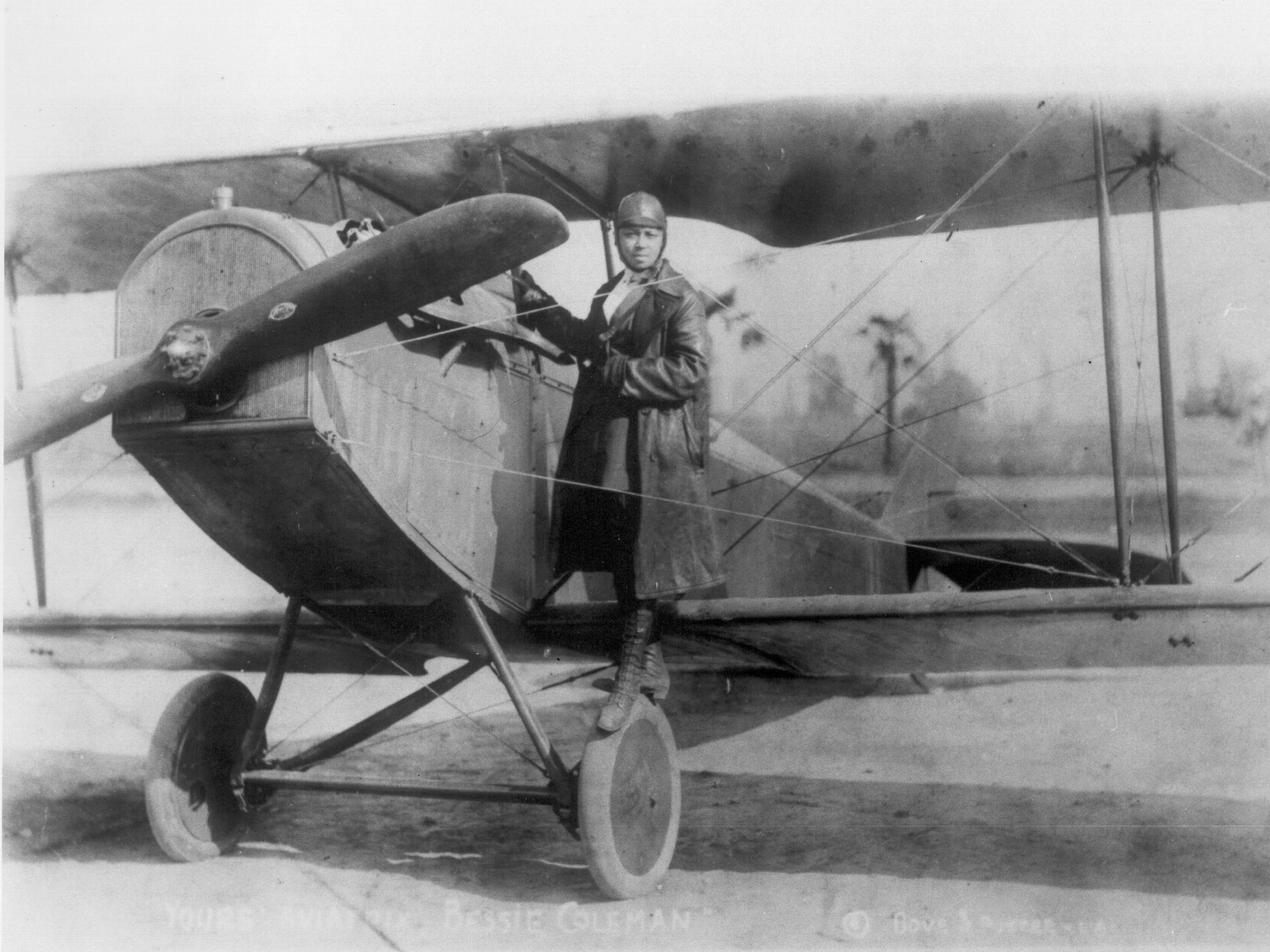 Bessie Coleman escaped poverty and discrimination to become the African American female pilot. After hearing the exciting stories from pilots returning from World War I, Coleman decided she was going to learn to fly.

It was nearly impossible for a woman to earn her pilot’s licence in the United States during this time, so Coleman went to France to learn in 1920.

When she returned to the United States a year later with her international pilot’s licence, she was met with fanfare and celebration. She used her newfound fame to promote equality. Coleman would decline airshows that wouldn’t admit African American people, and she encouraged other African American people to learn to fly.

Kathy Switzer was the first woman to officially complete the Boston Marathon. 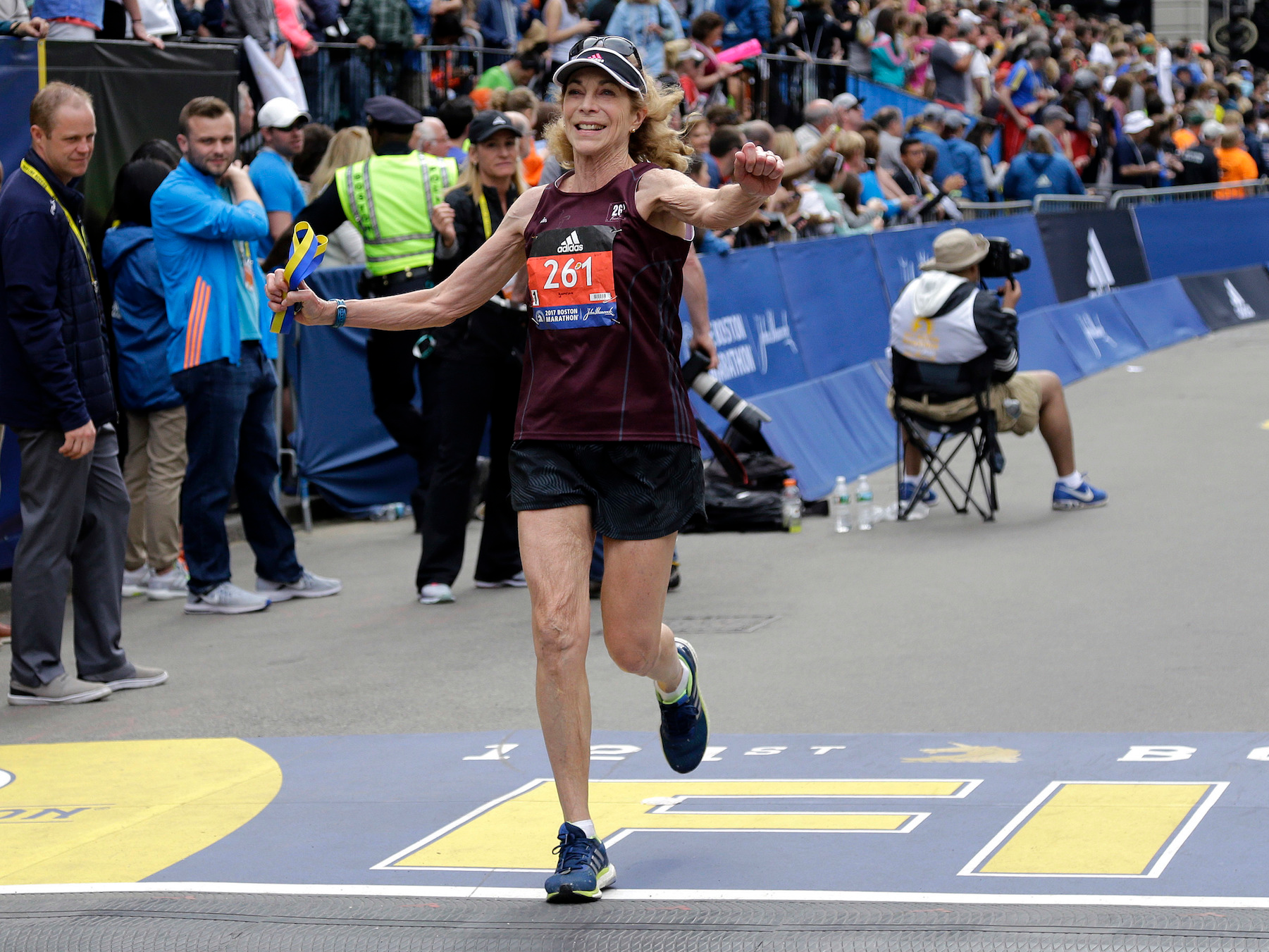 She entered the race using just her initials and received mostly positive comments from other male runners. Once race officials realised a woman was running, they found her on the course and tried to rip her race bib off her shirt. She continued on and ultimately finished the race with her coach by her side.

It wouldn’t be until 1972 that women were officially permitted to enter the Boston Marathon.

Susan B. Anthony dedicated her life to fighting for women’s suffrage. 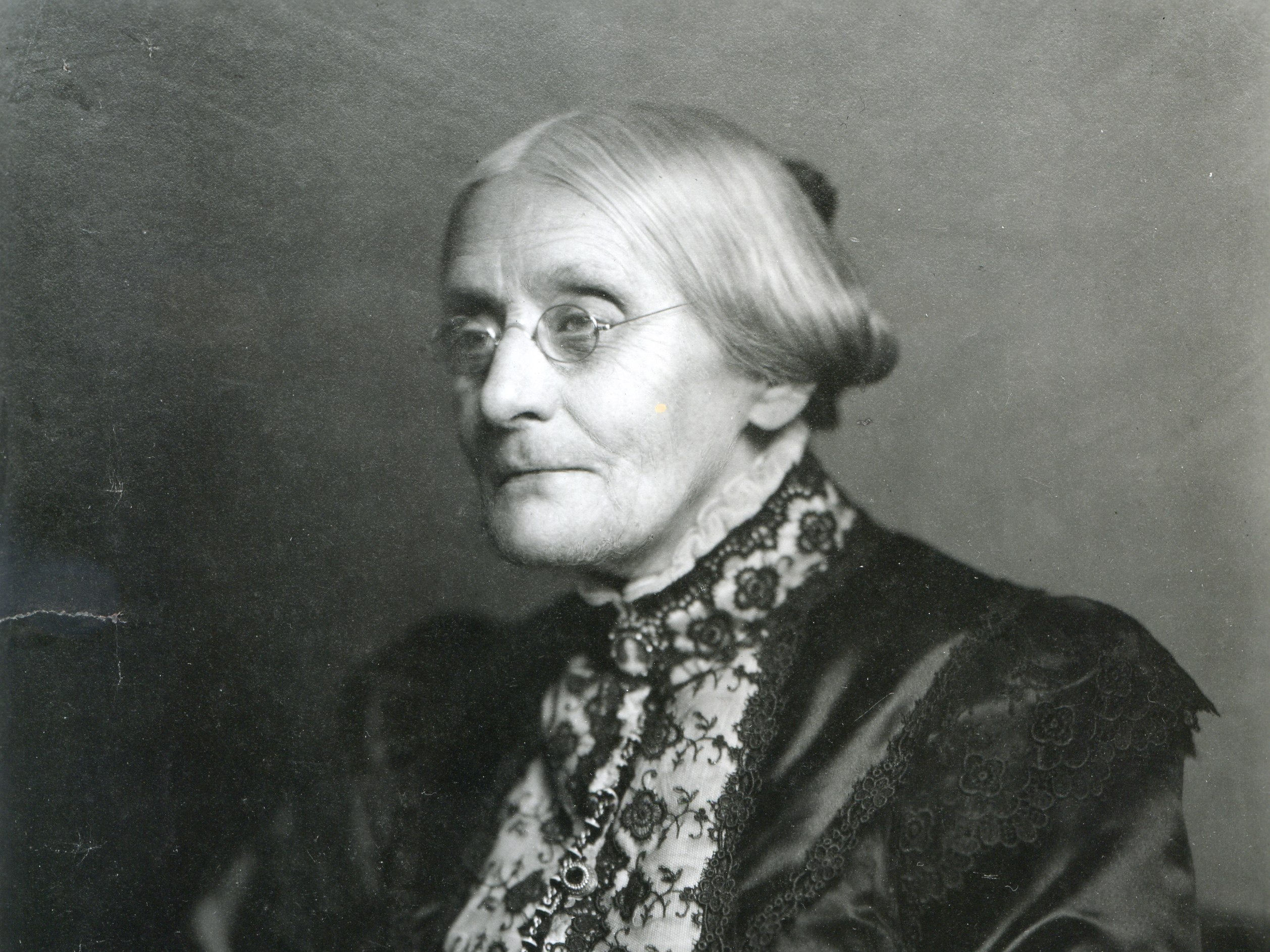 Suffragist Susan B. Anthony dedicated her life’s work to getting women the right to vote. After spending 15 years as a teacher, she joined the abolishment movement and temperance rallies. She wasn’t allowed to speak at the rallies because she was a woman, so she ultimately joined the women’s rights movement in 1852.

In 1872, it took a turn when Anthony was arrested for voting, which brought attention to the movement. She continued to speak out for women’s suffrage, gathering signatures for petitions, and lobbying in Congress up until her death in 1906.

She died just a few years shy of the passage of the 19th amendment, which finally gave women the right to vote.

Rosa Parks became a symbol of the civil rights movement. 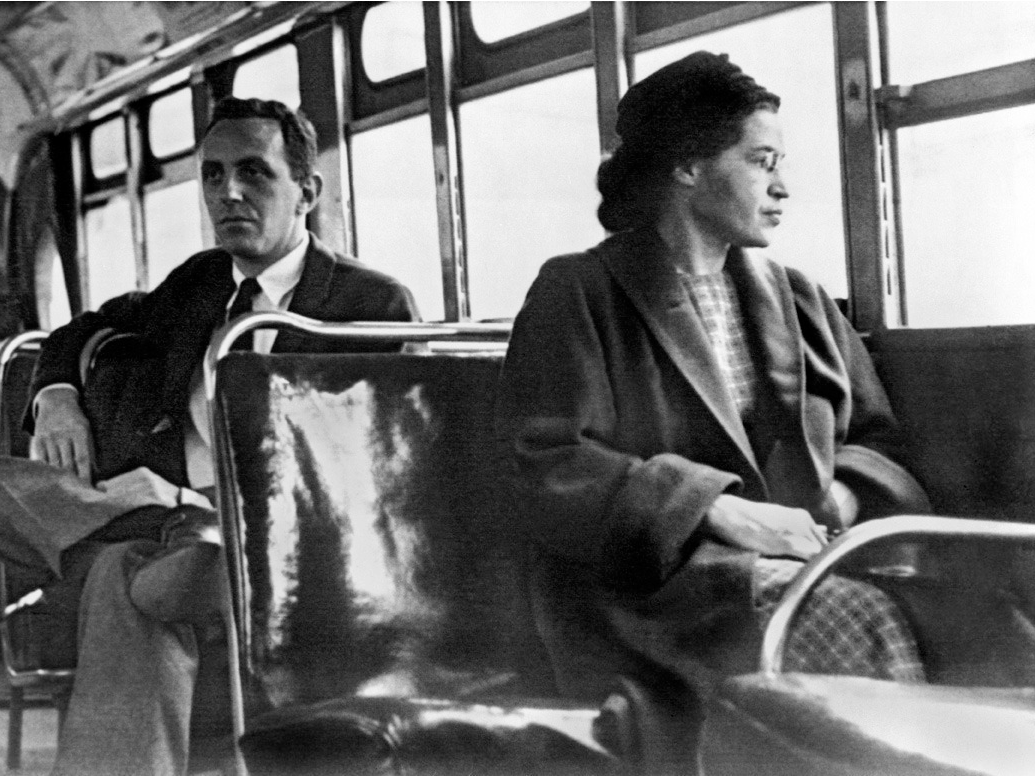 Rosa Parks is best known for refusing to give up her seat on a city bus in a segregated Alabama. Prior to this moment, Parks worked as a seamstress while joining her local chapter of the NAACP. On December 1, 1955, Parks became the face of the modern civil rights movement when she was arrested for not giving her bus seat to a white man.

This was a catalyst for the civil rights movement and African Americans began boycotting the buses for just over an entire year. In November 1956, the US Supreme Court ruled bus segregation unconstitutional.

Parks’ work as the “mother of the civil rights movement” left a lasting legacy on the fight for equality in the United States and earned her the Congressional Gold Medal in 1999.

Nancy Pelosi was the first female Speaker of the House. Known now for her strength and grit as the Speaker of the United States House of Representatives, Nancy Pelosi has worked hard to get to this point.

Her early political involvement began while living in San Francisco with her family, where she was a volunteer Democratic organiser with a knack for fundraising.

She eventually served on the Democratic National Committee and went on to run for California’s 12th District Congressional seat, just narrowly winning the first election.

After she proved herself in her first term, she continued to be reelected and hold her ground in Washington D.C. She was known to use her stern voice to unite the moderates and liberals of her party to join together.

In 2007, Pelosi was elected as the first woman to serve as Speaker of the House, and continues to fight for democracy and human rights every day. 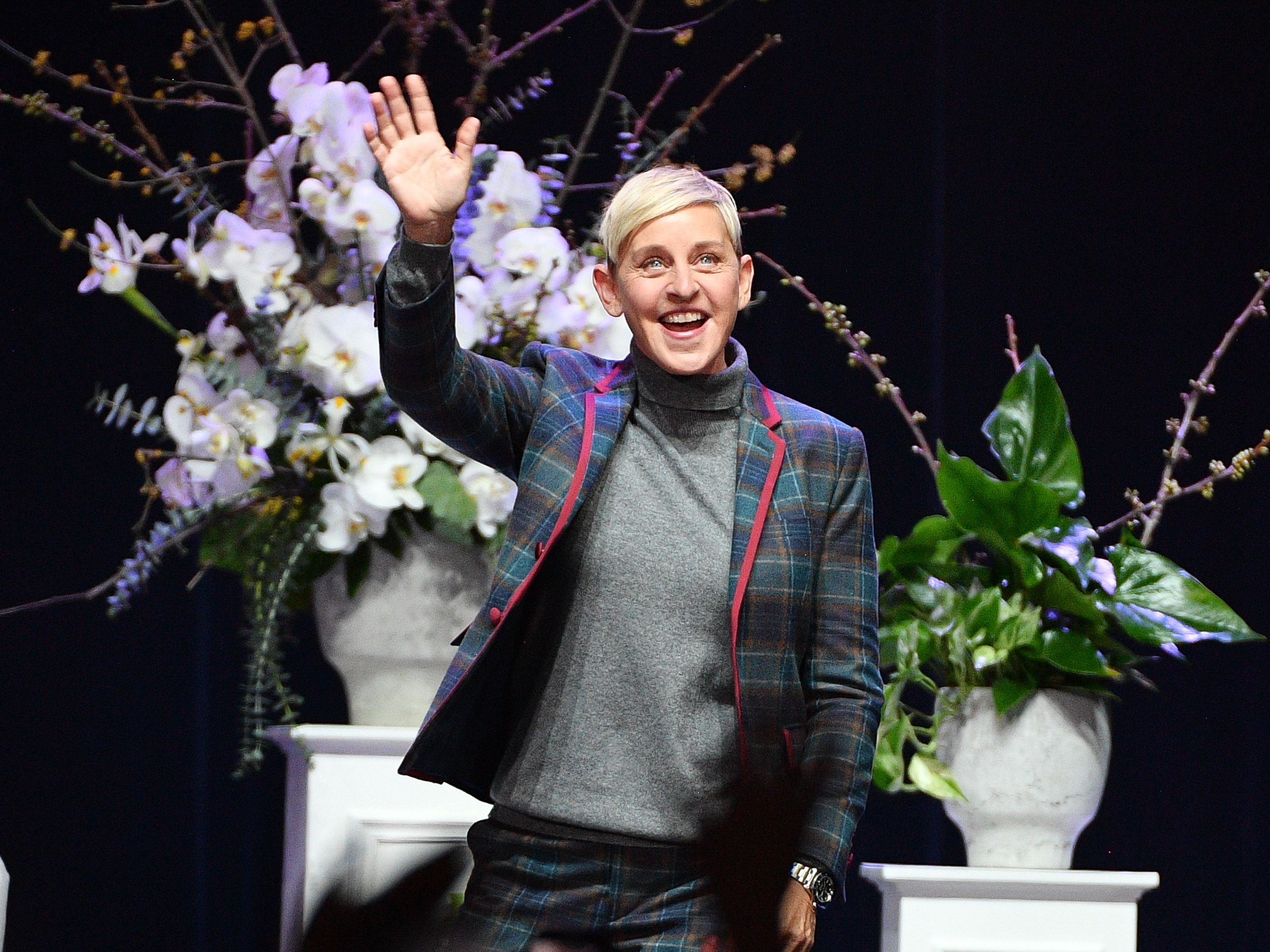 In 1997, DeGeneres – along with her character on the sitcom “Ellen” – came out as gay. The news was met with mixed reactions. While the show won an Emmy for the episode, DeGeneres and the crew faced backlash and show was ultimately cancelled in 1998.


Read more:
15 of the most unforgettable moments on ‘Ellen’

In 2001, DeGeneres relaunched her career after getting a CBS sitcom called “The Ellen Show” and hosting the Emmy Awards solo. In recent years, she has become an advocate for LGBT rights. In 2016, she was awarded the Presidential Medal of Freedom for her work towards equality.

In early 2020, Ellen was awarded the Carol Burnett Award at the Golden Globes for her contributions to television.