A man who converted a camper van into a wood cabin on wheels is now selling it for $70,000 — take a look inside 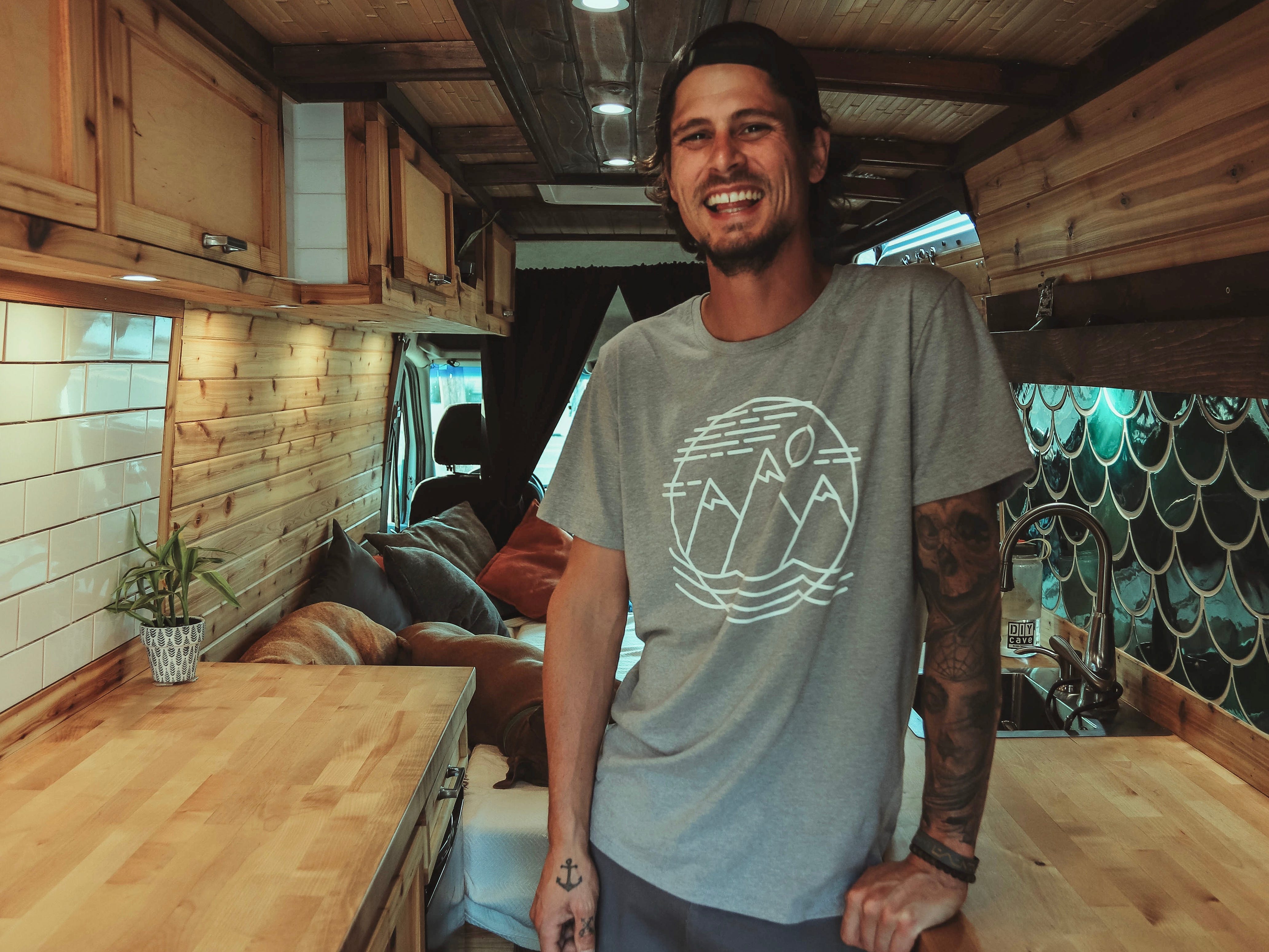 Courtesy of Shane DennisShane built a cabin on wheels.

The “VanLife” hashtag on Instagram is often filled with converted vans that have a modern and white aesthetic. However, one builder took the opposite approach and turned his camper into a cosy cabin.

Shane Dennis bought a Mercedes-Benz Sprinter van and used his woodworking skills to cover the walls and ceilings in cedar, creating a cabin on wheels. After a year on the road with his tiny house, he’s now selling it for $US70,000.

Take a look inside the cabin that Dennis calls “one of a kind.”

In 2019, Shane Dennis was living in a large house in New Jersey that he bought for himself at 25, but he still felt unfulfilled. 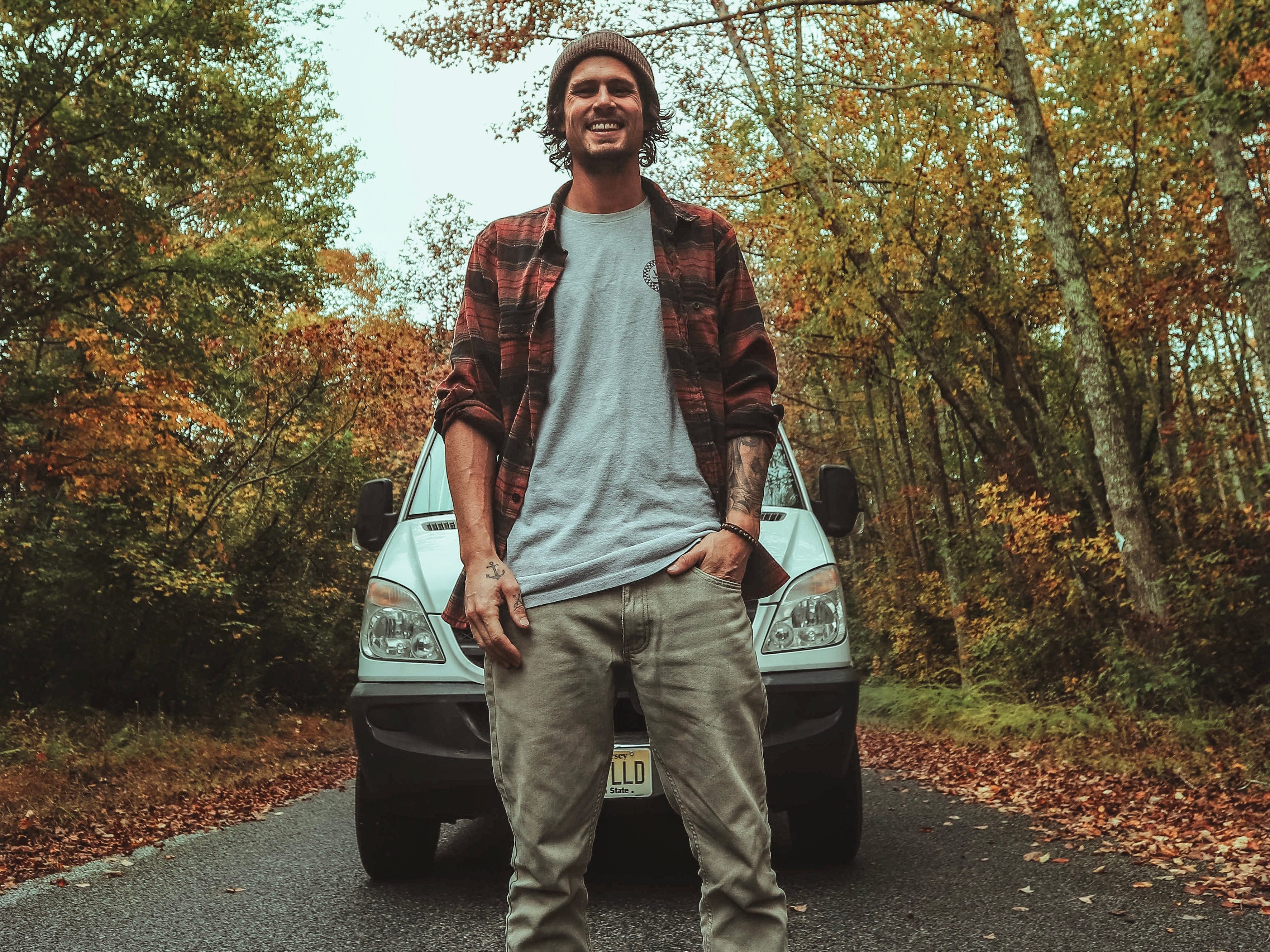 For 10 years, Dennis worked at his family’s business where he delivered and serviced hot tubs on a regular basis. He started making money in the business at a young age and eventually bought a house in Long Beach Island, New Jersey.

“I felt unfulfilled. It wasn’t really a challenge for me,” Dennis told Insider. “Everything was pretty good, but I just wasn’t happy. I had a nice house and I had a really nice truck, but all I wanted to do was get out into the world and travel. I’ve had this urge to travel since I was younger, but I got lost in the rat race of life.”

When he discovered the VanLife movement, “everything clicked” for Dennis, and he decided to sell his house. 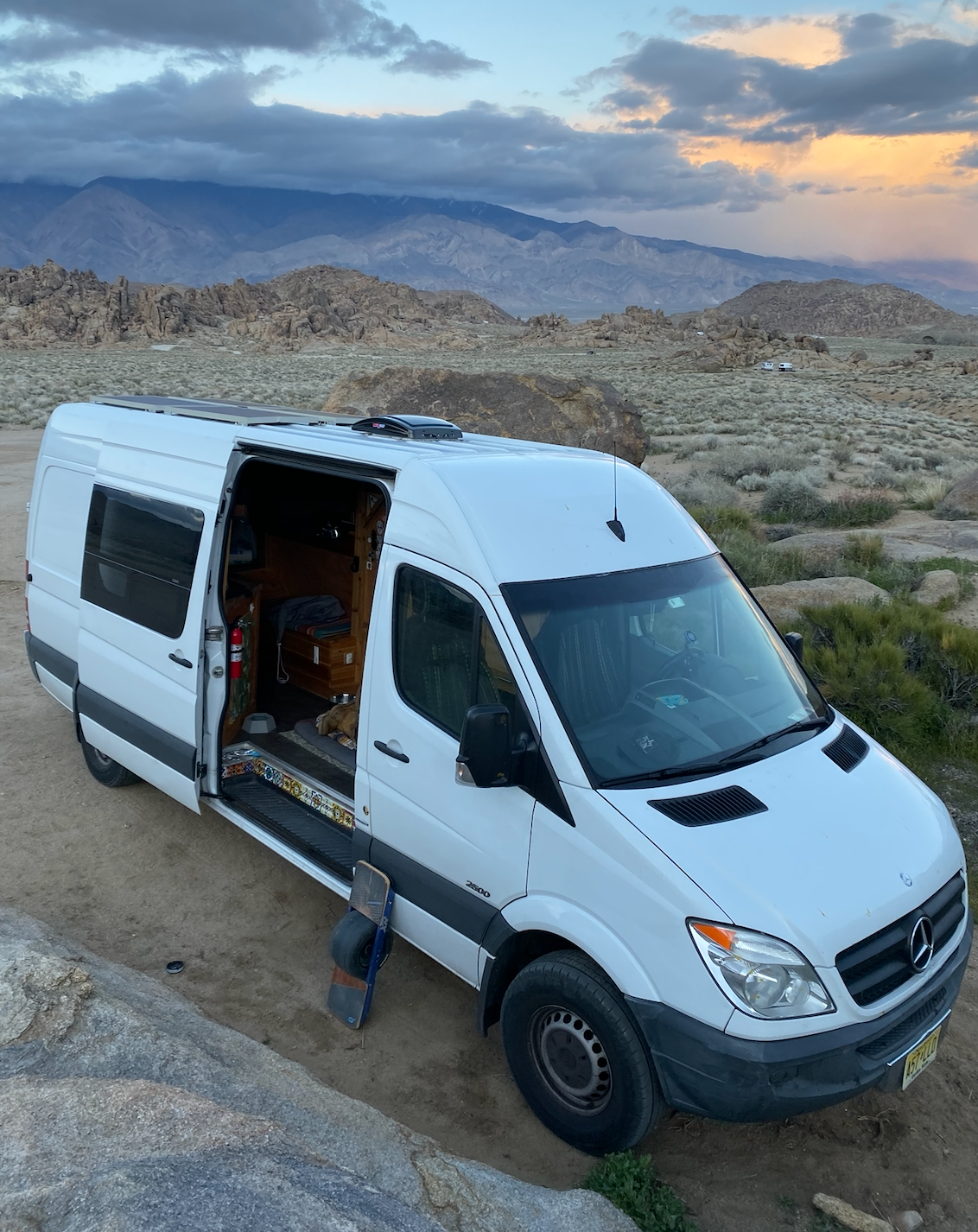 Dennis said he understood the importance of real estate, so he remodeled his home and then put it on the market. After making a lot of money off the sale, he said he was ready to make his tiny house dreams a reality.

“I wanted to go out in nature, relax, and find myself,” he said. 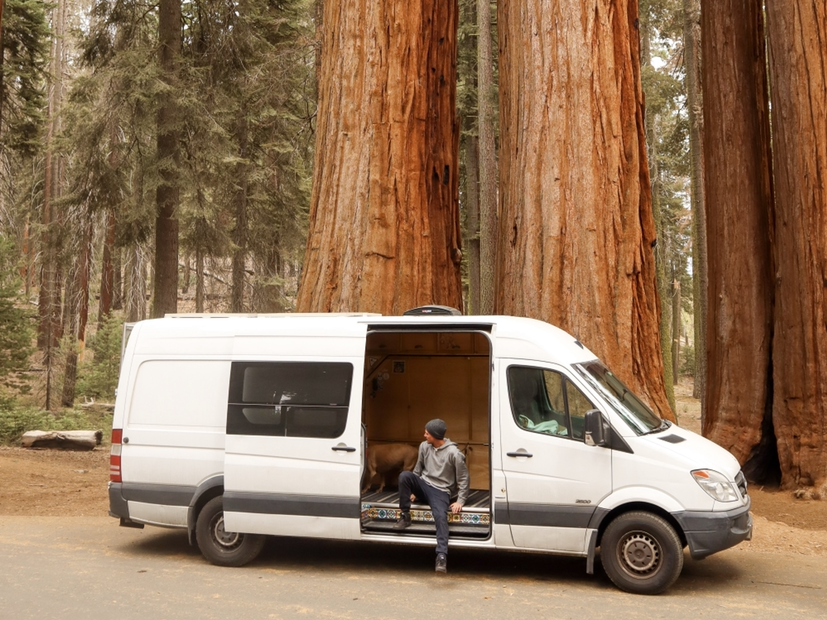 For months, Dennis scoured social media for inspiration. He looked at camper vans on Facebook, Instagram, and even Pinterest to inspire his design, which he said was always evolving.

“Once I got the van, my ideas changed completely and then it changed again,” Dennis said. “A lot of changes were made along the way.”

For the next two months, Dennis used his woodworking skills to turn the van into a livable space. 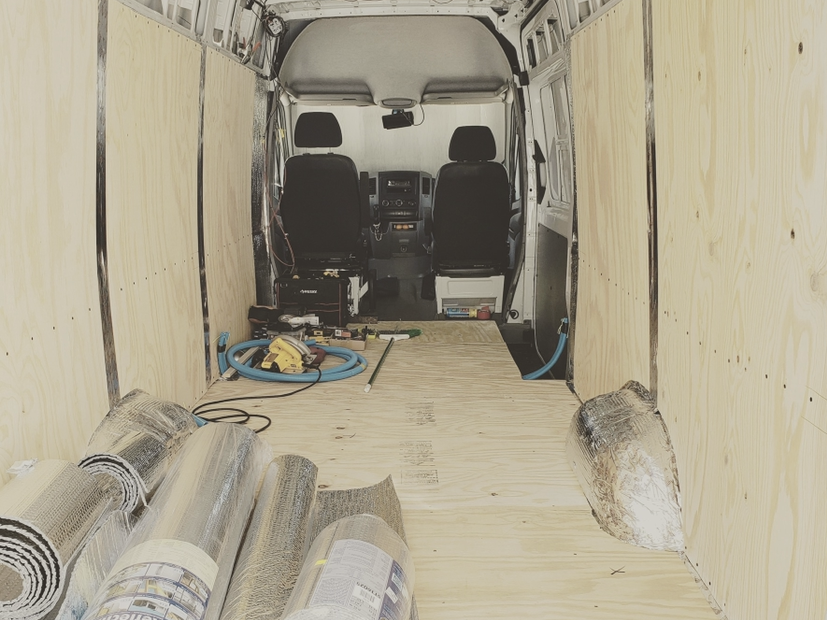 Courtesy of Shane DennisDuring the renovation.

At 12 years old, Dennis fell in love with woodworking and perfected his skill throughout the years. When renovating the van, he wanted to put that skill to good use, and brought to life a mini-cabin filled lined with cedar. That wood wasn’t cheap, though.

“It could’ve been cheaper, but I went with the more expensive wood,” he said.

Shane ended up spending $US15,000 in renovations.

After renovations, Dennis had a tiny cabin on wheels. 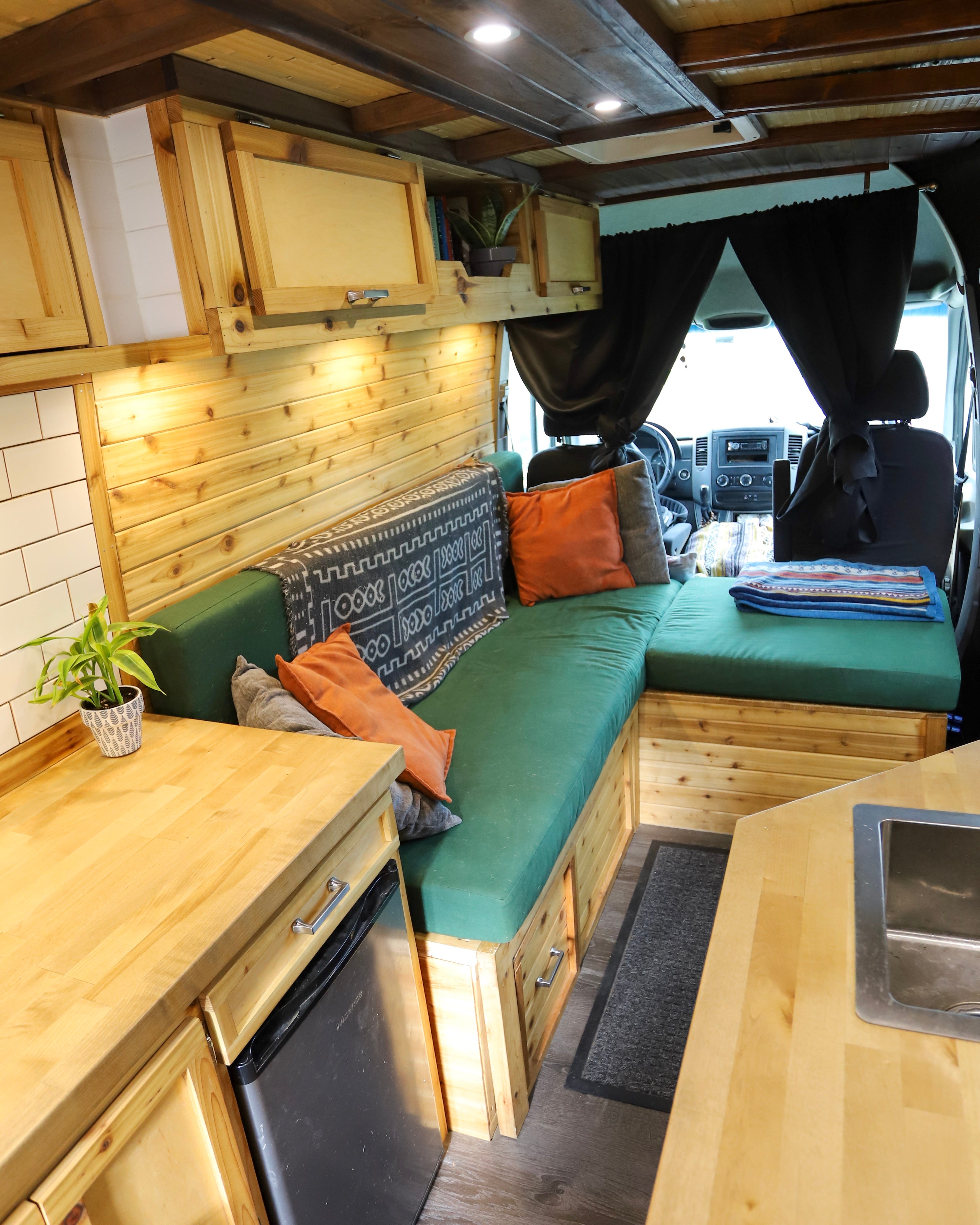 When entering through the side door, you immediately see an L-shaped couch that butts up against the driver’s and passenger’s seats.

“It’s very open and spacious right when you walk in,” he said. “That’s the way I wanted it to be because I have two dogs, and I didn’t want to be living on top of them. I just wanted a lot of room.”

The L-shaped couch can also be converted into a bed that fits Dennis and his two dogs. Courtesy of Shane DennisDennis in bed.

Dennis calls this van “one of a kind” and a “woodworking masterpiece.” The wood aesthetic continues all the way to the ceiling, where Dennis built storage cabinets for some of his belongings.

To the left of the couch, there is a long kitchen with counters on both sides. The kitchen has a mini-fridge, a sink, and a stovetop.

Dennis said it was easy for him to set up the plumbing in the kitchen because he built up some knowledge while working in hot tubs.

“It was pretty simple for me,” Dennis said. “I make the joke that I’ve been training for it my entire life. Every skill I acquired along the way was for the van and building the van out.”

At the back of the van, there is a closet, which is unusual in a camper van. Courtesy of Shane DennisThe back of the van.

Typically, people put their bed as a fixed piece of furniture at the back of their camper van, but Dennis didn’t want that. He instead wanted direct access to the back doors instead of blocking it with a bed.

“I can let my dogs out the side door, and I can let them out the back door,” he said. “With a fixed bed at the back, you don’t have that option. Sometimes I’m parked in weird places so it’s easier to walk out the back door with the dogs.”

Dennis also stepped away from the norm when he decided to not include a bathroom in his camper van. 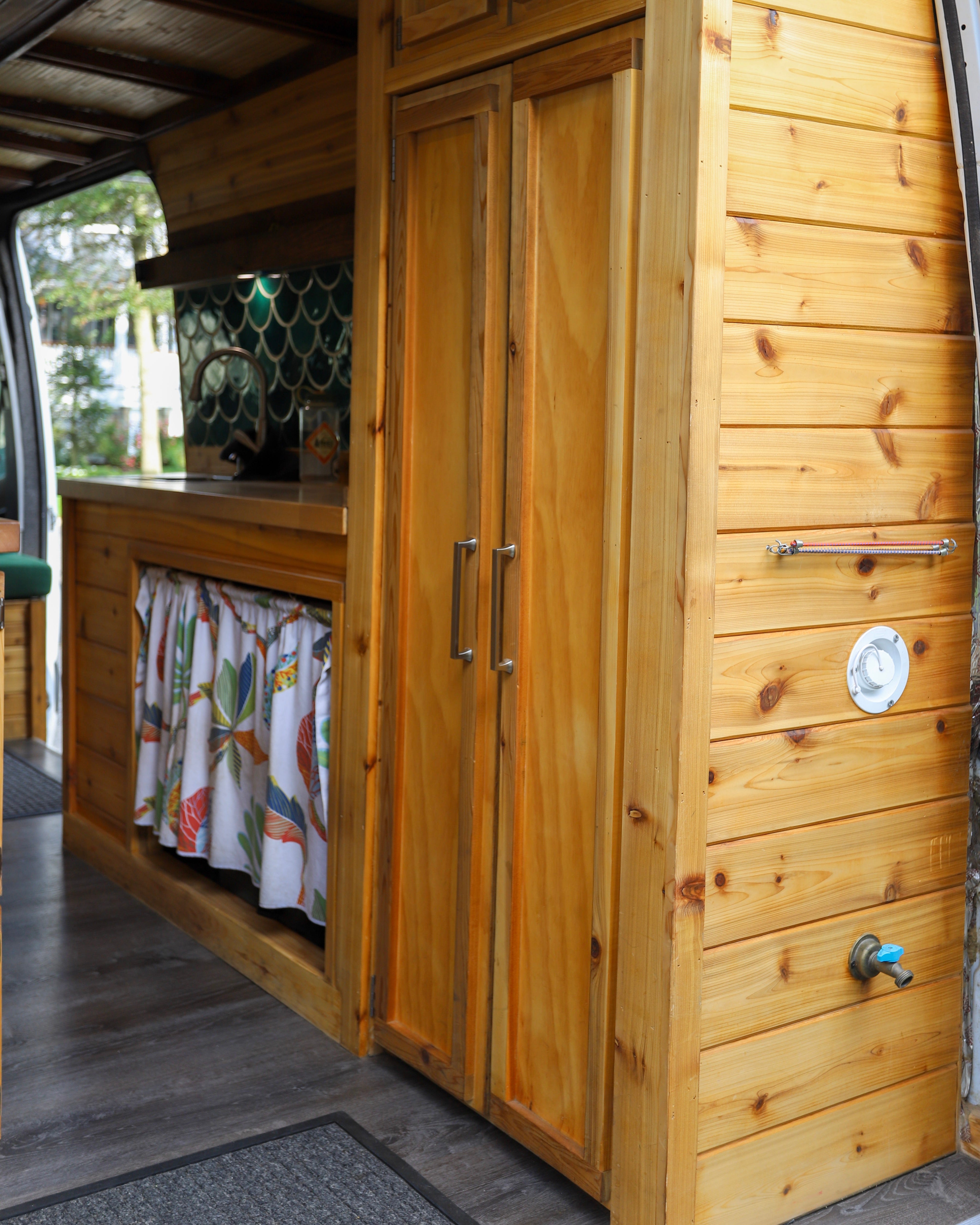 Courtesy of Shane DennisThe back of the van.

When needed, Dennis can hook up a hose to the spout at the back of the vehicle to take a very cold shower. Otherwise, he has no bathroom in the van.

“Having an entire designated area inside the van for a toilet and a shower just didn’t make sense for me,” Dennis said. “I wanted to rough it. I wanted to go camping and do my business in the woods. I wanted to shower in rivers and lakes or go to campgrounds and find showers there. I really wanted to live. “

He continued, “I didn’t want to feel like I was in an apartment that just so happened to move. I wanted to change my lifestyle and how I lived.”

After a year on the road, Dennis is selling the van for $US70,000 and has started his own business where he plans to flip and sell camper vans. Courtesy of Shane DennisDennis and the van.

After travelling across the US and spending time in California, Oregon, and Arizona, Dennis decided to start his own business,DogWood Conversions, where he plans to sell camper vans that he designed and built himself.

To start, Dennis is selling his tiny cabin for $US70,000, and then he plans to use that money to build another model.

Dennis said he hopes the van that he called home for the last year will be the perfect “vessel” for another owner. 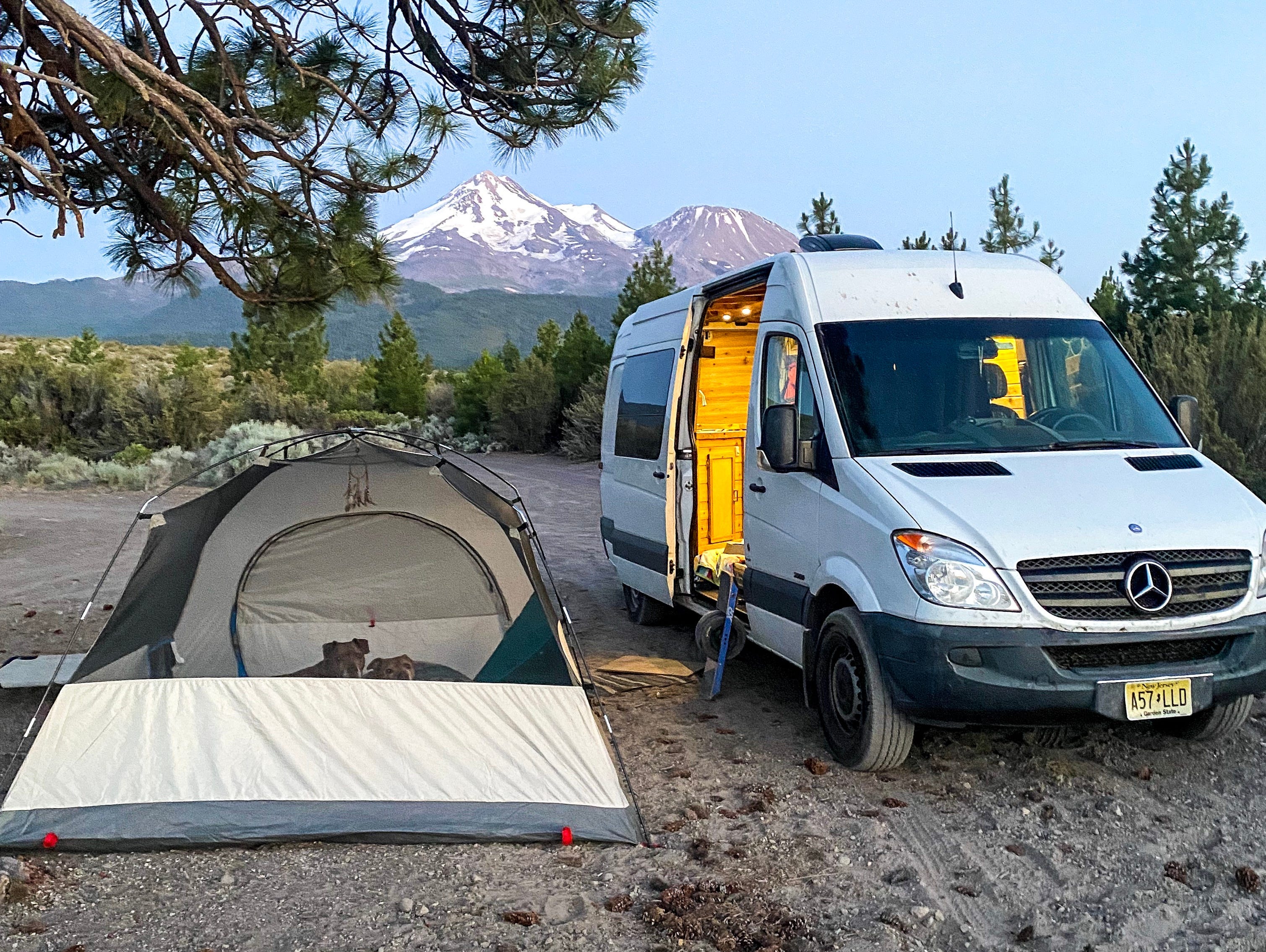 Courtesy of Shane DennisThe van is now for sale.

“I hope it’s a vessel so that they can go out and live,” he said. “All they have to do is turn the key and go.”