'The darkest of dark horses': How America's underdog team hopes to stage a coup at the Tour de France 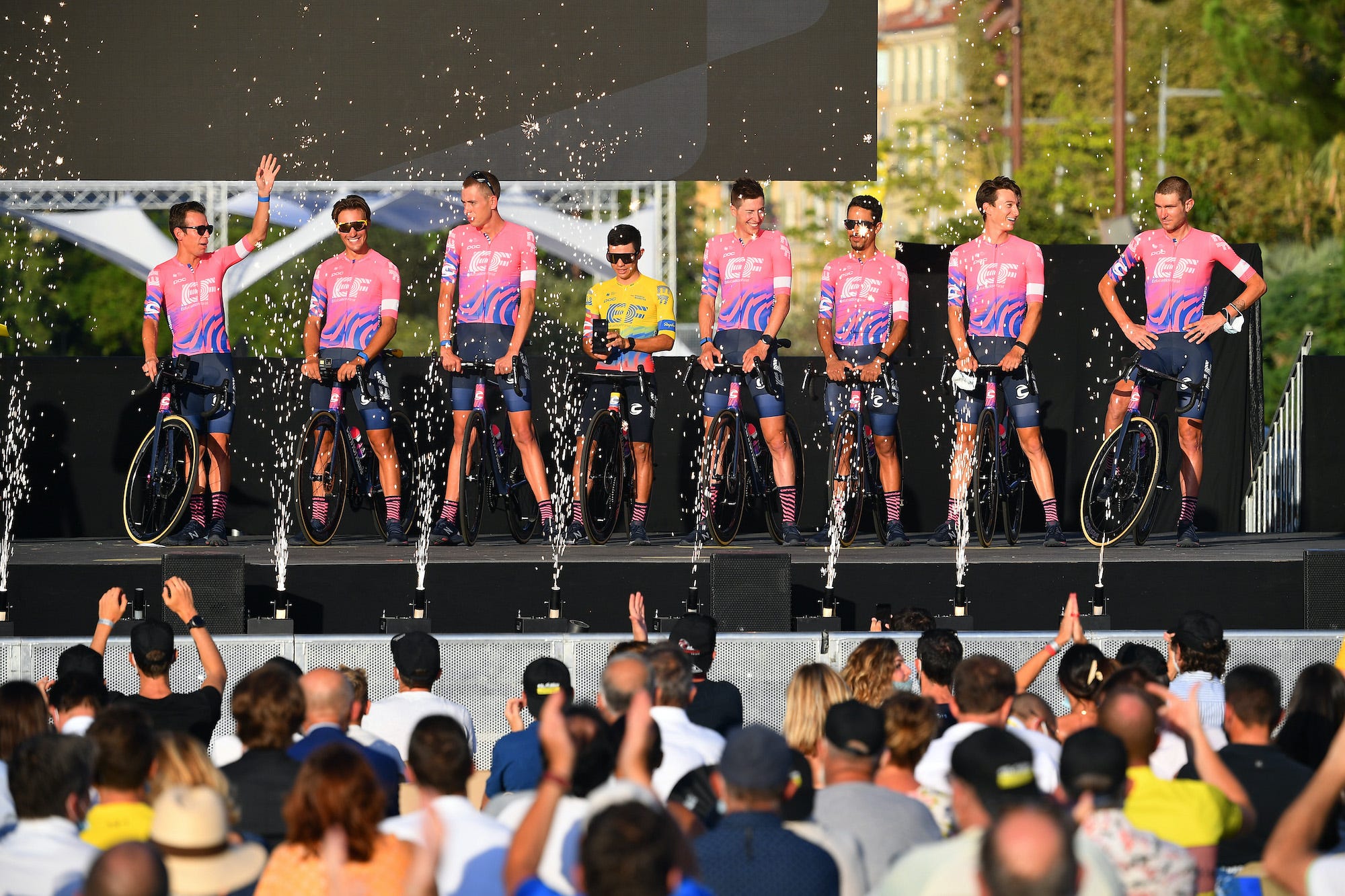 Everyone’s talking about two riders from two teams winning the Tour de France, which starts on Saturday: Egan Bernal, of Colombia, who rides for the Ineos Grenadiers team, and Primož Roglič, of Slovenia, who leads the Jumbo-Visma squad.

No one’s really talking about the American EF Pro Cycling team winning the three-week race. But the boys in pink could surprise. They tend to do that kind of thing.

Like in 2017, when no one was talking about Colombian climber Rigoberto Urán. He won a big mountain stage and finished second overall in Paris, after handing Britain’s four-time champ Chris Froome his narrowest winning margin of 54 seconds.

There was the 2012 Giro d’Italia, when no one was talking about the Canadian all-rounder Ryder Hesjedal, who won the race dramatically on the final stage by 16 seconds.


Read more:
An interview with Greg LeMond, the first and only American winner of the Tour de France

In February, the team won the Tour Colombia, too, with Sergio Higuita taking the win on his native soil, beating defending Tour de France champ and compatriot Bernal in the process.

Beyond stage races, the team has executed its share of stealthy coups in the greatest one-day classics, as recently as last year at the Tour of Flanders, the biggest race in cycling-mad Belgium, with the Italian all-rounder Alberto Bettiol.

There was also Paris-Roubaix in 2011, with the Belgian Johan Vansummeren slipping away to victory on a flat tire, shocking just about everyone.

And don’t forget Irishman Dan Martin’s no-luck-needed triumphs at Liège-Bastogne-Liège in 2013 and Giro di Lombardia in 2014.

In nearly all those races, and through its all various iterations, the team now called EF Pro Cycling has been the underdog, a moniker EF team boss Jonathan Vaughters seems to relish. 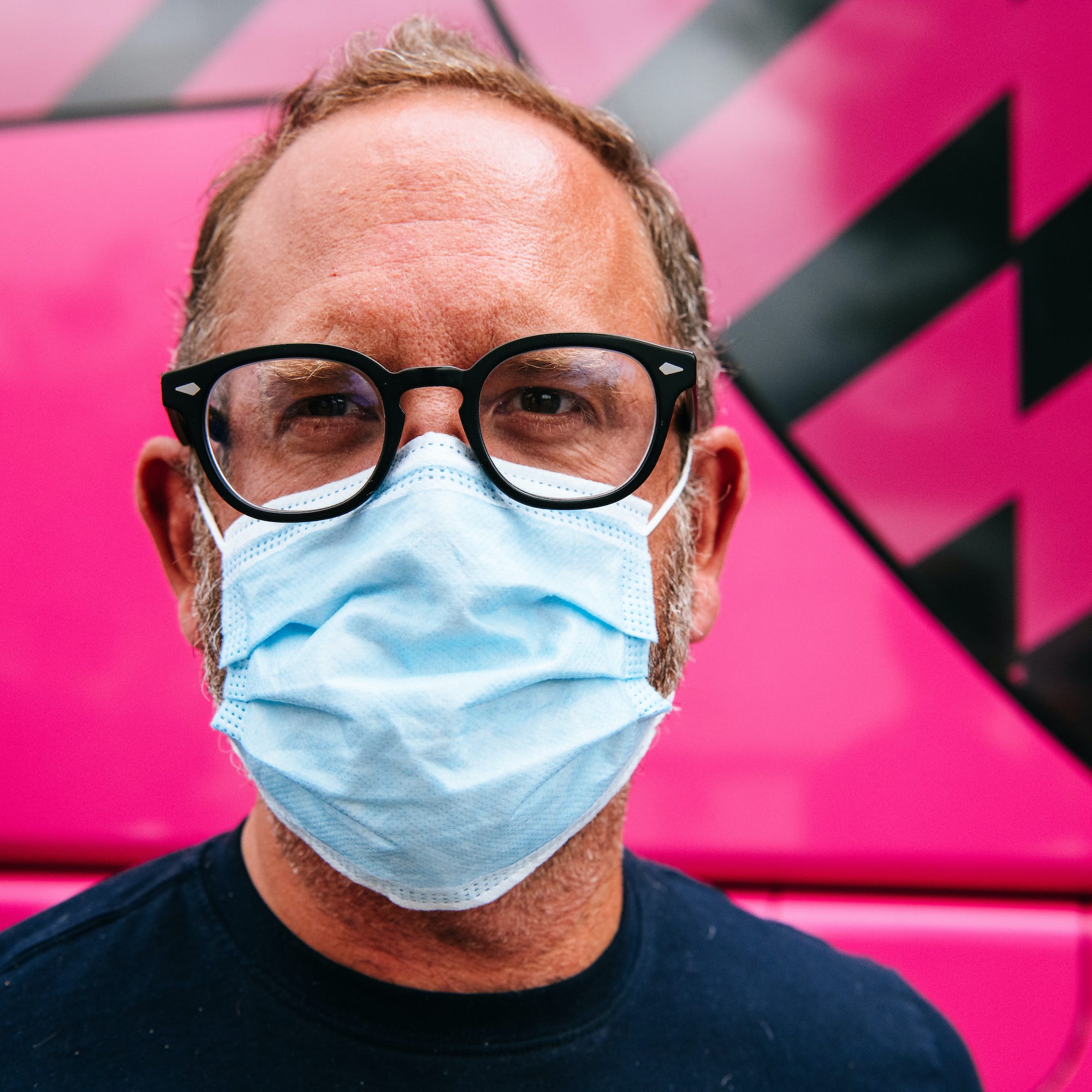 For years he’s had to work with a budget that’s a fraction of that of Ineos and some other top WorldTour teams, à la “Moneyball.” Think $US20 million versus $US50 million. He has scouted talented young riders in Colombia and elsewhere, signing guys who showed promise but were undervalued.

So you can count EF out of landing a top result, but don’t be surprised if they do just that.

The man in charge told us how that might happen.

“For us the ideal situation is exactly what happened in the Dauphine,” Vaughters told Business Insider by phone on Thursday night, referring to the team’s upset win this month. “We’re not going to be able to overpower the race, like Ineos or Jumbo. That’s not going to be our place in the race.

“But I do see ourselves, especially after the Dauphine, as the darkest of dark horses, where we’re sort of like the solid dark-horse contender. What we have to do is wait for those two teams to exhaust themselves, like pounding on each other, and then take advantage of that situation. That’s where we fit in.

“I’ll say it right now, like, for all you television viewers out there waiting for our team, or who are going to comment on my Twitter feed saying, ‘Why aren’t your riders pulling on the front to protect your leaders?!’ I’m going to give you a big spoiler: ‘We’re not going to be doing that.’

“One, because that’s not the best tactic for us to win the race. And two, because we don’t have as much horsepower. We’re not just going to line up next to Ineos and Jumbo and pull on the front. And guess what? That has risks and rewards. Our riders might get caught up in more crashes because they’re going to be farther back in the peloton. They might end up in a crash where they lose time or actually crash out of the race. It happens.

“But if we’re talking about how to win the race – how does EF win the Tour de France – trying to match Ineos and Jumbo is a bad plan. We might keep our riders safer, but have no gas left when it’s time to go. At the Dauphine, our team was not very visible. We were not right on the front very often like those teams were. We were 40 guys back. And that’s where we’re going to be in the Tour as well. 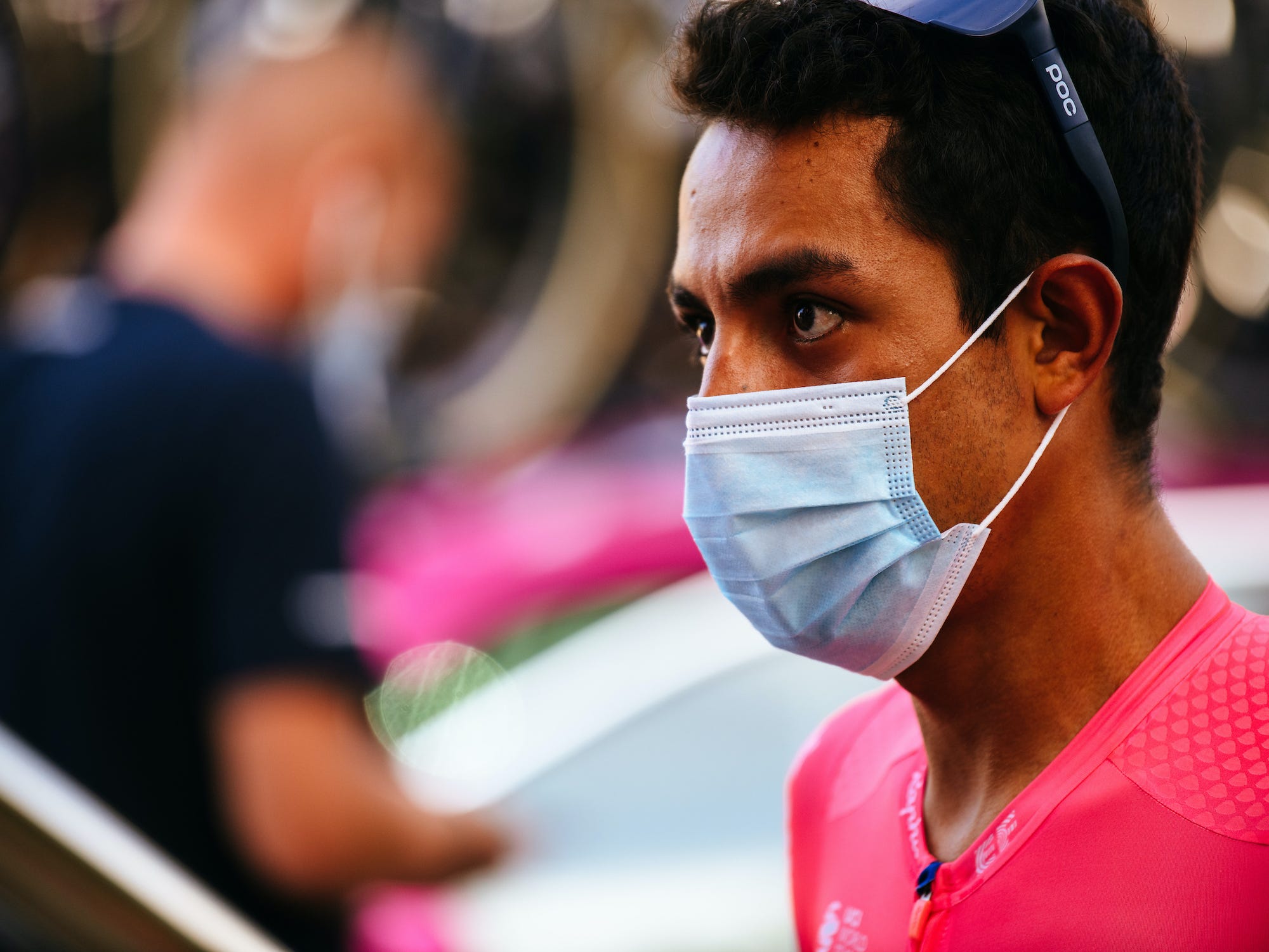 “That chance we have of winning the race is saving for a few crucial moments and then exploiting the opportunities when they arise, in those few crucial moments. So our objective is David and Goliath, to create a major upset that no one is expecting, and that probably no one even believes can happen.

While there’s no single leader or “protected rider” on his Tour squad, Vaughters said, the three Colombian climbing “banditos” – Urán, Higuita, and Martínez – will look for opportunities in the mountains.

That could mean stage wins. Or something bigger – like a step on the podium in Paris.

The three have a great rapport, Vaughters said, with the veteran Urán a sort of paternal figure to the two up-and-comers. They listen and learn from the 2017 Tour runner-up.

With the dynamic trio stalking the big teams in the high mountains, surprises, and upsets, could follow.