Tour de France notebook: America's champ was eager to race in his stars and stripes this year. Then the pandemic hit. 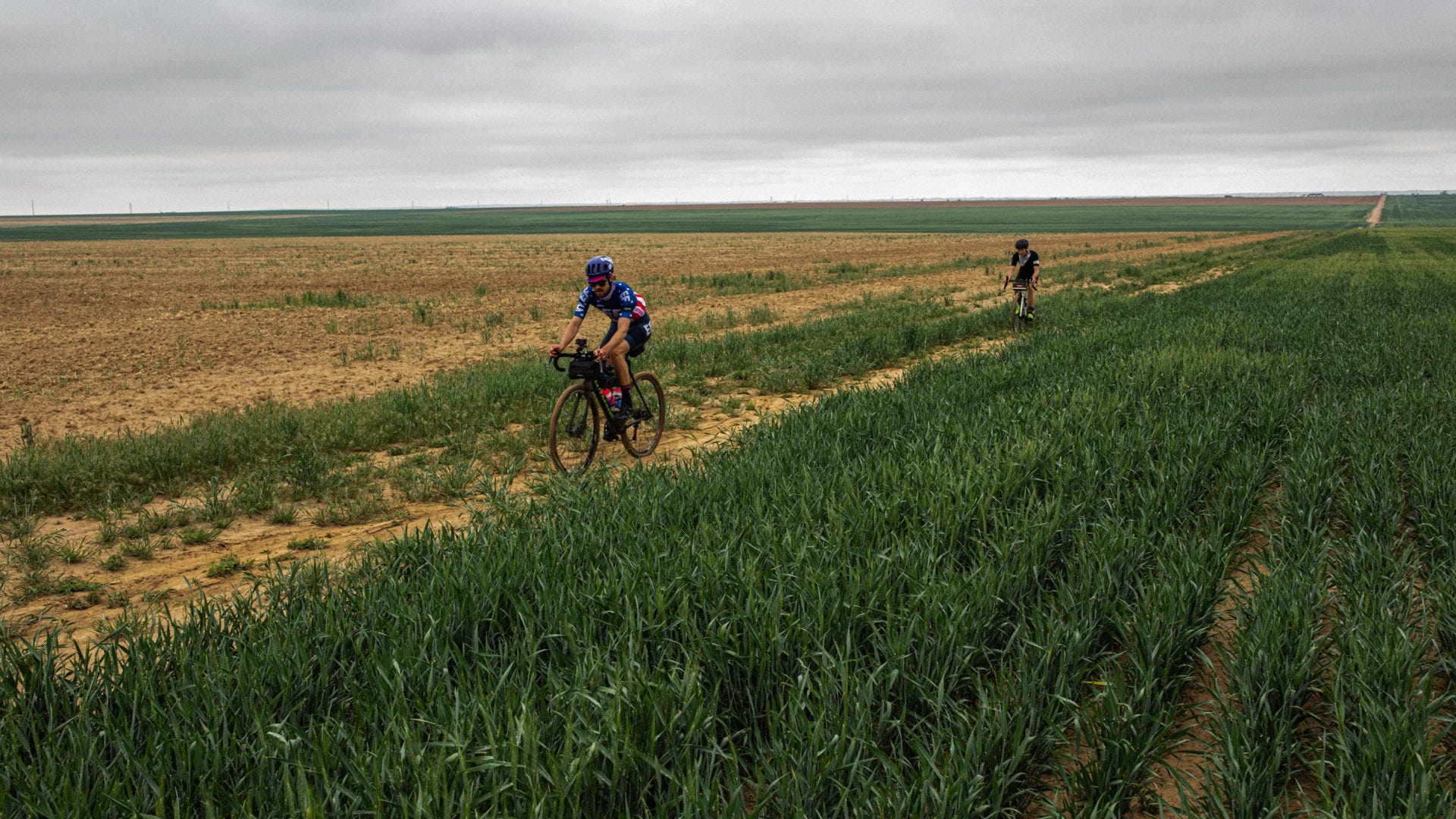 Joey Schusler via EF Pro CyclingWith racing on pause this spring, Alex Howes, the reigning US road champion, and Spencer Powlison rode their bikes 14 hours, from Colorado to Kansas.

For a decade Alex Howes dreamed of becoming America’s cycling champion, so when he finally won the title last year he said it was “surreal” and better than he could’ve imagined.

But because of the ongoing coronavirus crisis, the 32-year-old from Golden, Colorado, has been left spinning his wheels with few opportunities to don the red, white, and blue.

“I’ve haven’t really raced much in the jersey at all,” Howes told me by phone this week from his European base in Girona, Spain. “But at the same time I guess no news is good news.

“I’m just the undefeated, undisputed champ,” he said, laughing. “You can’t take that. If there are no races on, we’ll just let the American public assume I’m the best.”

Howes, who rides on the EF Pro Cycling team, had to fly to Europe before travel restrictions took effect. He now finds himself away from friends and family and missing home, in a country that is again seeing a surge in its number of COVID-19 cases. “They’re left and right,” he said.

He hasn’t competed this year, except for a couple of small early-season races. He got a stomach virus at the end of July, which meant no Tour de France, a race he’s ridden twice.

Howes isn’t just another roadie. He often heads off-road and participates in what some call “alternative racing.”

This spring he and a teammate flew to South Africa to race the gnarly Cape Epic, but it got cancelled last minute because of the coronavirus.

Then, before he left the States for Europe, he and a friend rode their bikes for 14 hours, from the Colorado mountains to the Kansas border. It was something to do while racing was paused.

Howes said he likes the alt racing because he can do it close to home, and it allows pros to meet everyday cyclists “somewhere in the middle.”

“That’s really important at the moment because there are more people riding bikes right now in America than ever before, which is just incredible,” he said.

“Not only do I want to encourage more people to ride, but I also want to get these people who pick the bike up somewhere during this quarantine business and help them become better and enjoy it more. We want to keep those good habits going anyway we can. 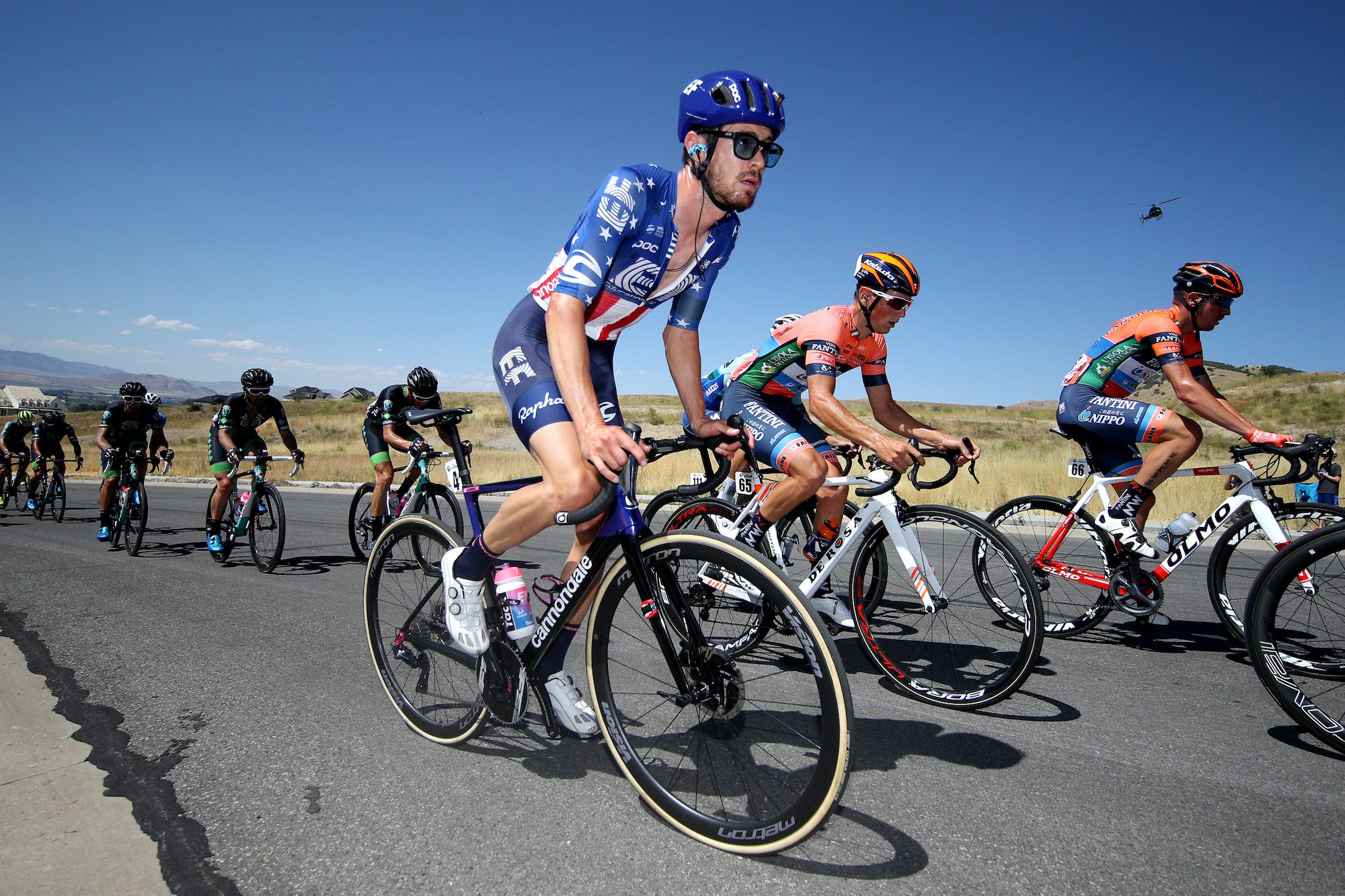 “Our goals showing up to these quote, unquote alternative events was never to pummel the competition. We’re really there more to study and engage than to win. That’s not to say that once the flag drops we’re not racing. We try as hard as we can. But the result is kind of secondary to the overall experience and process.

“That said, it would be nice, now that we’ve learned a little bit, to try and win one or two, but again, the COVID thing screwed that all up. So 2021, right?”

Howes said he’s been keeping in touch with his teammates and other riders racing in France. (He has about 100 Tour riders’ numbers in his phone, he told me.) Among other things, they talk about rider safety and carrying out their jobs during the pandemic.

“With COVID it’s been interesting following and talking to various riders, with how they’re training camps have gone and what sort of COVID-19 protocols and restrictions they have,” he said. “I’d say everybody’s taking it pretty serious â€” certainly with the Tour.

“But even with a heightened level of seriousness and caution, there’s definitely some teams that are taking it a lot more serious than others, which can make it harder to perform.

“And really not even physically. All that kind of stuff is mental. When you get locked in a bubble for a month and a half, I don’t care who you are, you’re either an astronaut, and you don’t care, or you’re a normal human, and it drives you insane.”

To cut the boredom he’s been watching the Tour on television, “bits and pieces” anyway.

Do the pros watch the greatest bicycle race through a special lens?

“The biggest thing I find when I watch the Tour, I just watch it and I’m like, ‘Man, bike racing is dangerous.’ You don’t really see it as much when you’re in it, you know? It’s a different perspective.

“I think of it like when you have a teenager driving a car. They’re like, ‘I got this, it’s fine.’ And then you’re the old lady watching it from the outside, and you’re like, ‘That guy’s going 65 miles an hour in a 35-mile-an-hour speed limit. He doesn’t got that.'”

Because the US national championships were cancelled, it appears as if by default that Howes will keep his “fancy shirt” for another season. He said he’s not heard from the governing body, USA Cycling.

“I don’t think anyone’s really working there at the office right now. I didn’t get a medal in the mail or anything.

All along, he’s been “training the house down” for next month’s Giro d’Italia, which he’s planning on racing. If all goes well he’ll show his American colours in October, a time he’d normally be roaming the woods outside Boulder.

After a nearly raceless season, starting the Italian tour cold should be interesting.

“Oh yeah,” he said, chuckling. “I mean, luckily everybody else is kind of screwed, too. The awkwardness of COVID-19 is not unique to any one of us at this point.”