A whopping 2.5 billion fully grown T. rexes walked the Earth in the course of the species' existence, paleontologists found 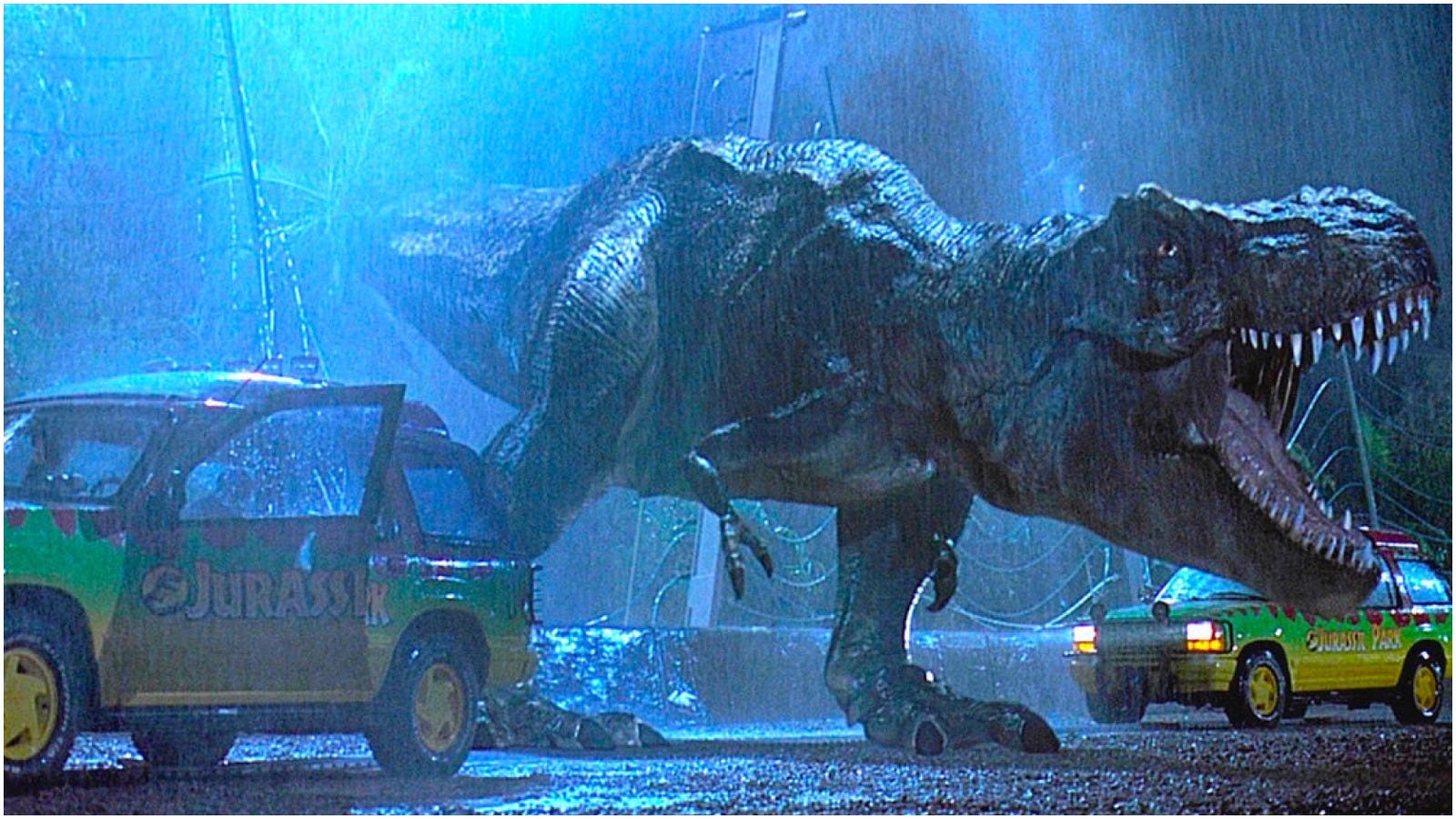 An adult Tyrannosaurus rex required a lot of space – and the prey therein – to survive.

According to new calculations from paleontologists the University of California, Berkeley, each adult T. rex lived in an area roughly 40 square miles in size.

The study, published Thursday in the journal Science, uses that math to offer an estimate of the total number of these predators that walked the Earth during the Cretaceous Period, between 66 and 68 million years ago: an impressive 2.5 billion.

“The total number did catch me off guard,” Charles Marshall, a paleontologist at Berkeley who co-authored the study, told Insider.

Marshall’s analysis suggests that the entire island of Manhattan or city of San Francisco would be the territory of a single T. rex.

He said he’d been wondering for years how unusual it really is to find a T. rex fossil: “When I hold a fossil in my hand, I always said to myself, ‘I know this is freakishly rare.’ But just how rare is it – one in a million or one in a trillion?”

Comparing the T. rex to the Komodo dragon

The T. rex was one of the largest carnivorous land animals that ever walked the Earth. (That accolade currently goes to the polar bear.) An adult Tyrannosaurus rex could weigh at least 5 tons. It stood about 12 to 13 feet tall at the hip and was about 40 to 43 feet long.

The larger predators are, the fewer of them can live in the same area, since there just isn’t enough food to sustain their massive size. This is known as Durham’s Law. So if researchers know how many calories a meat-eater needs to survive, they can calculate the number of predators per square mile.

While there’s no living predator that resembles the T. rex in size, Marshall compared the dinosaur’s energy needs to those of a Komodo dragon, the largest lizard on Earth. 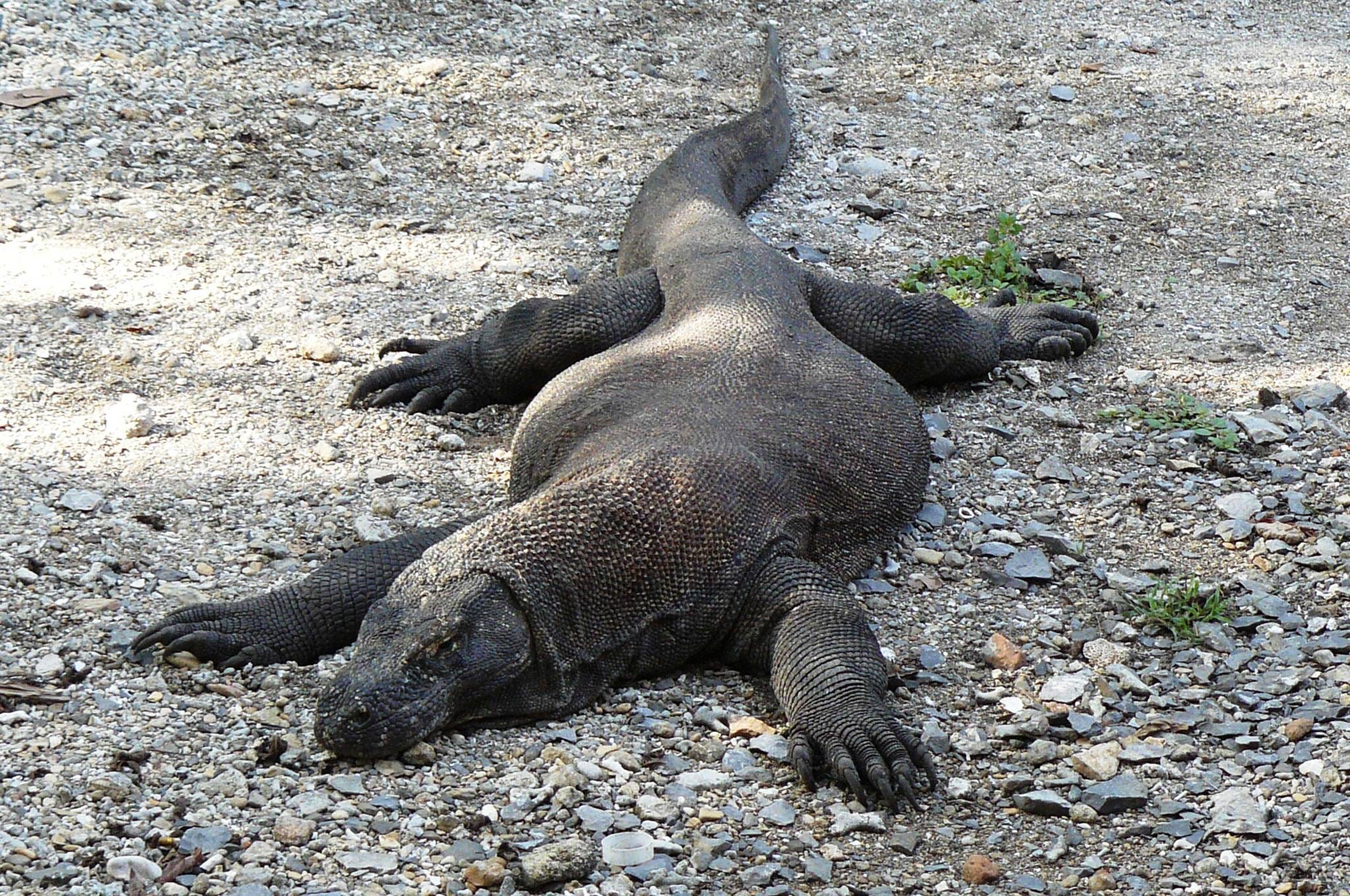 There were about 20,000 adult T. rexes living at one time

Marshall’s team also needed to calculate three other variables to determine the total number of rexes that ever walked the planet: the total land area of suitable T. rex habitat, the dino’s average life span as an adult, and how long these predators existed on Earth. 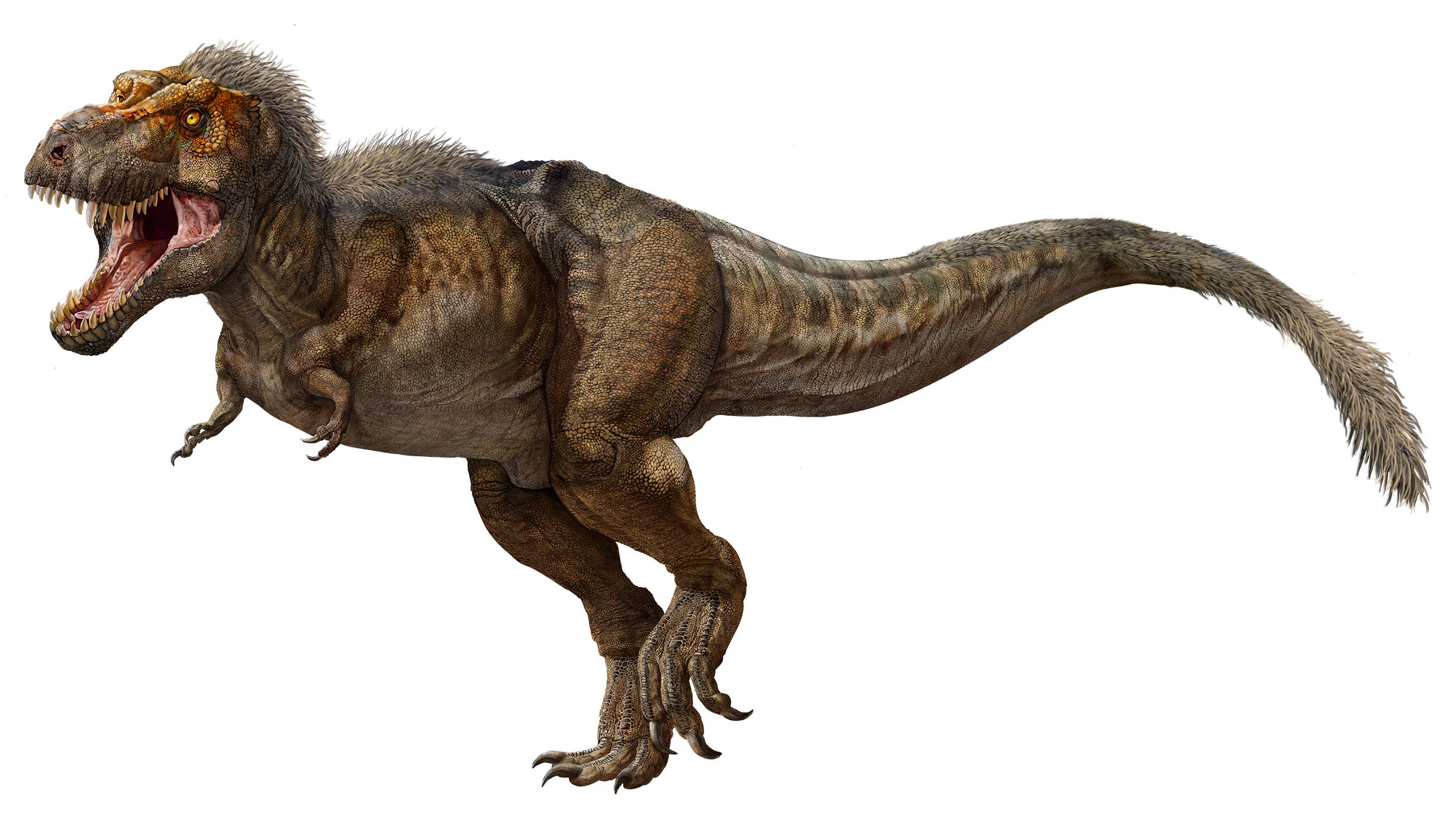 Illustration by Zhao Chuang/Courtesy of PNSOA full-grown Tyrannosaurus rex weighed about 6 to 9 tons, stood about 12 to 13 feet high at the hip, and measured about 40 to 43 feet long.

By reviewing the locations of every T. rex fossil ever found, the study authors determined that the predator lived in about 888,000 square miles of North America – and nowhere else on Earth. Although the animal might have been able to survive in the area that’s now Siberia, Marshall said, he’d be surprised if any rex fossils were ever found outside the one continent.

Using that assumption about the T. rex’s geographic range, Marshall calculated that there could have been about 20,000 adult T. rexes alive at any given time in the species’ existence.

Figuring out how long the T. rex species was around was a bit easier – the oldest rex fossil ever found suggests the dinosaur walked the Earth for the last 2.5 million years of the Cretaceous Period, starting 68 million years ago. Then it went extinct after the Chicxulub space rock struck.

Finally, Marshall’s team calculated how long one generation of adult rexes lasted by looking at the average time span between when rexes became fully grown – at around age 15 – and when they died in their early 30s. 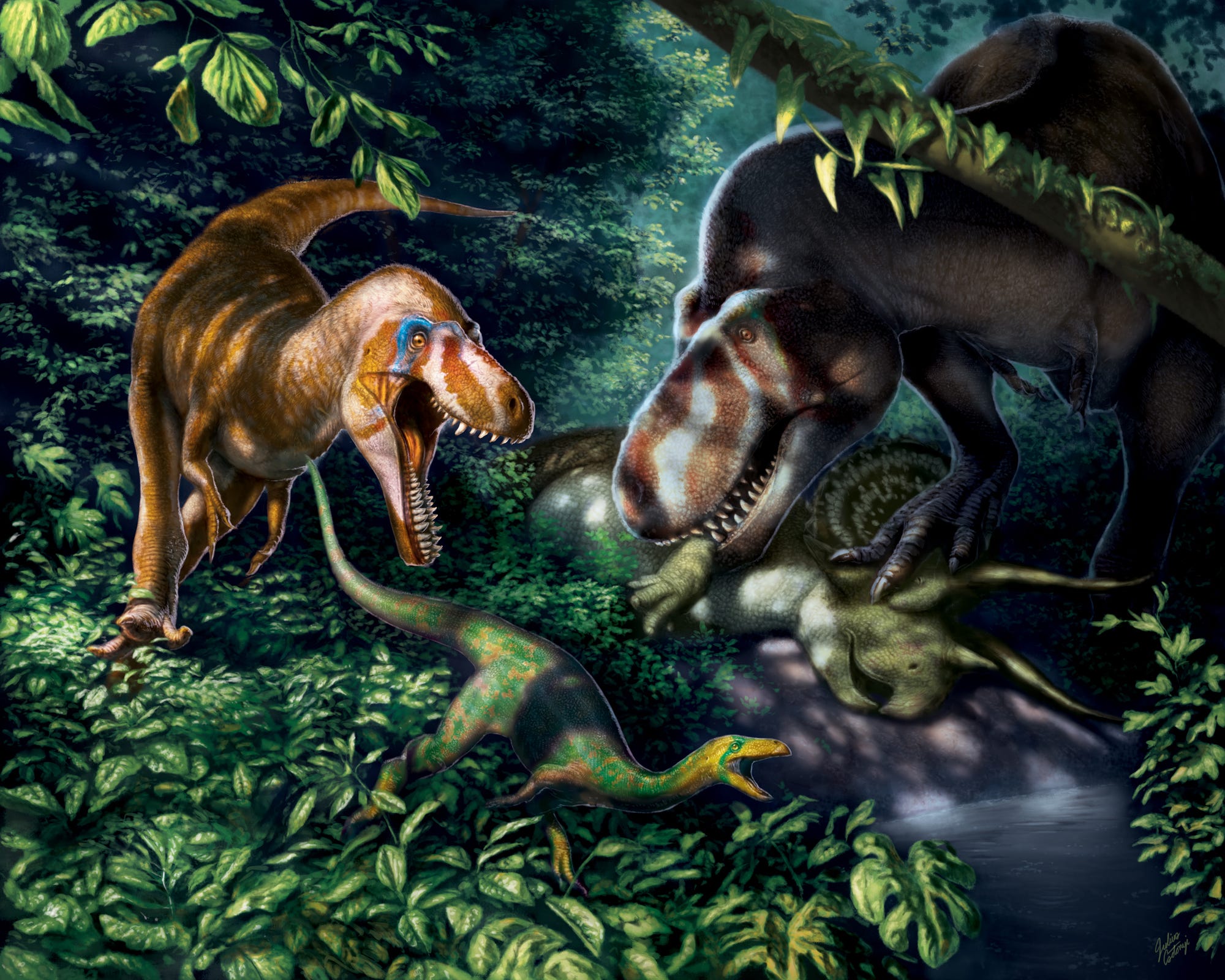 That means that in the 2.5 million years these animals were on Earth, there were about 127,000 generations of them. Multiply that number by 20,000, and you wind up with 2.5 billion T. rexes.

However, Marshall pointed out that this number doesn’t include baby or juvenile T. rexes. Those were excluded from the calculations because research suggests juvenile rexes were smaller and faster than their adult counterparts, so hunted different prey. 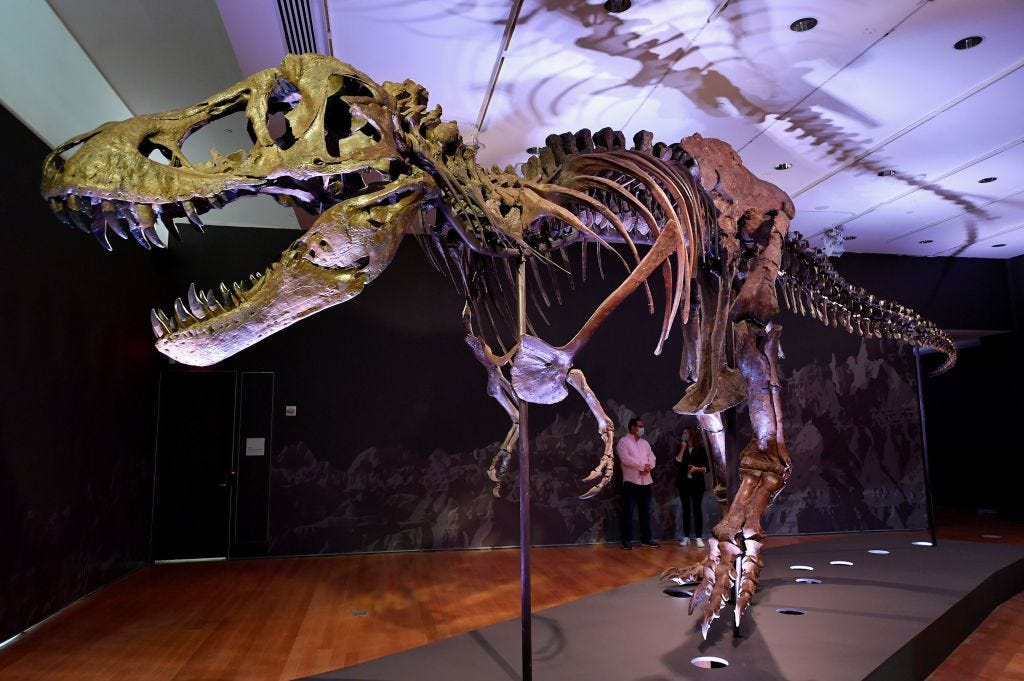 Marshall’s team’s estimate suggests that the remains of just one in every 80 million adult T. rexes have been found. Currently, there are about 32 well-preserved, adult T. rex skeletons in public museums worldwide, Marshall said.