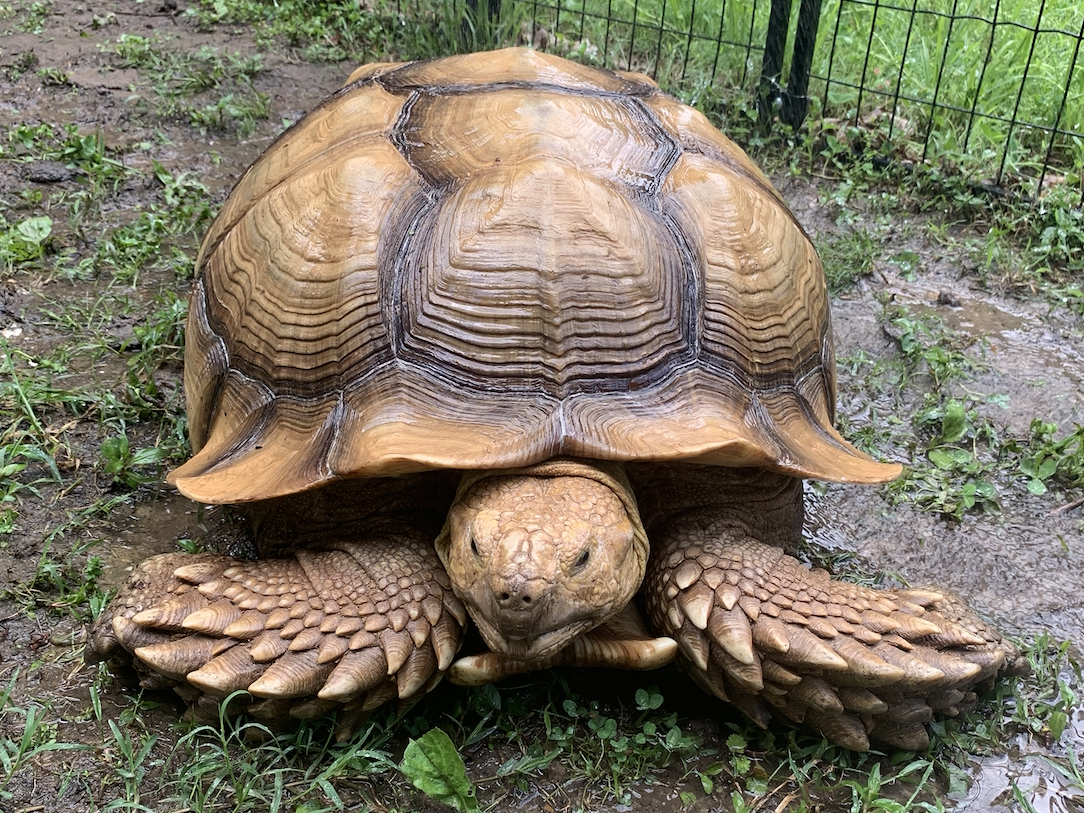 Lynn ColeOwner Lynn Cole got Solomon the tortoise when he was just a hatchling — now he weighs about 150 pounds.

A tortoise named Solomon is now safe and sound at his owner’s home after he was missing for 74 days.

Lynn Cole, who lives in Ashland City, Tennessee, is the owner of Solomon, a 15-year-old African Sulcata tortoise.

Cole got the tortoise when he was just a hatchling. She described baby Solomon as “the size of a ping pong ball” – and now, he weighs 150 pounds and spans 36 inches in length.

On June 8, Cole discovered that Solomon had escaped from his enclosure at her home.

“We’re not sure exactly how he got out. His enclosure was intact, so we’re not sure if someone opened it, let him out, and then closed it. It still remains a mystery,” Cole told Insider.

Cole said that that finding her pet tortoise was an ‘urgent’ matter, as the species requires specific foods and temperatures to survive 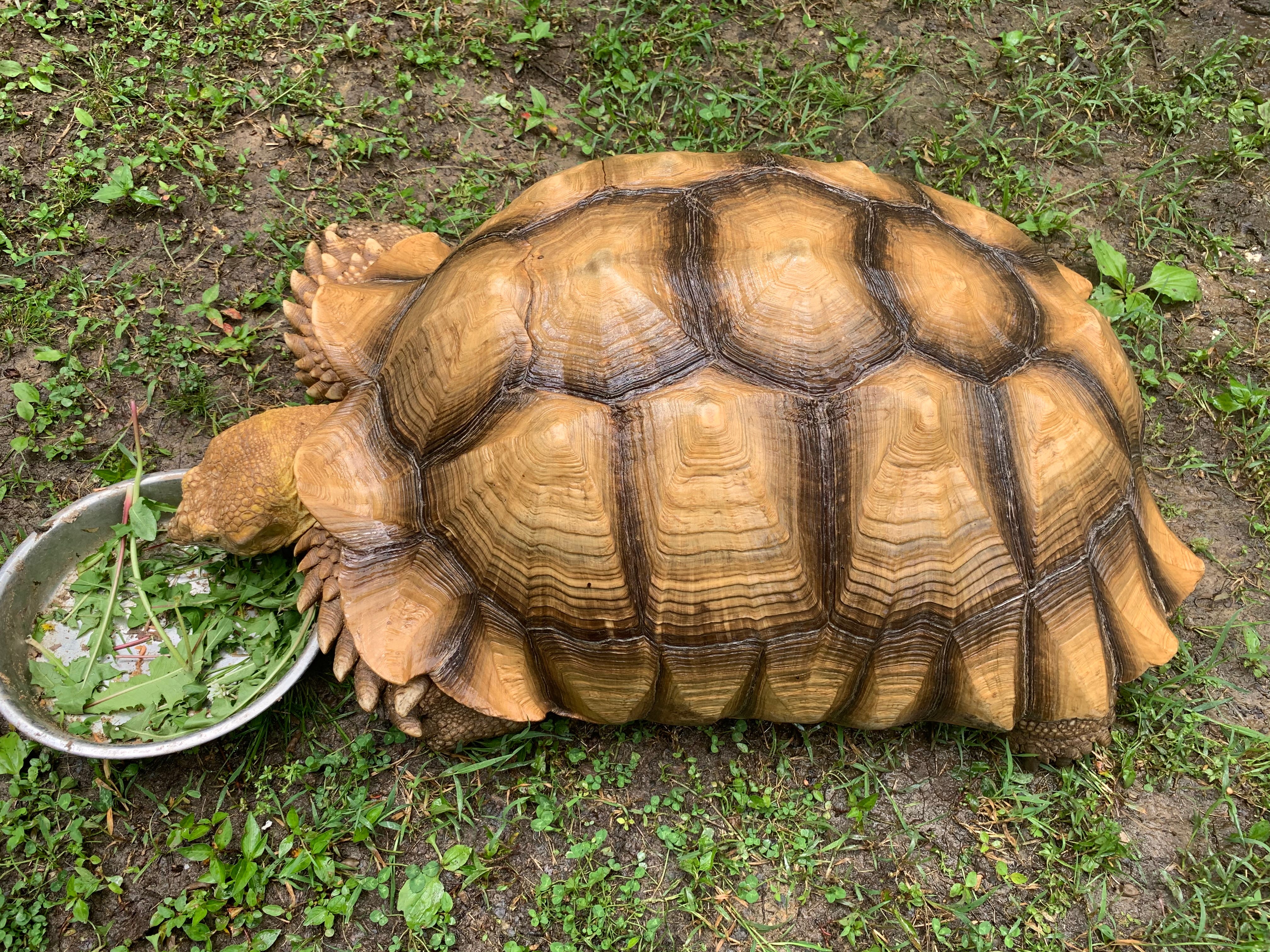 Lynn ColeSolomon’s owner Lynn Cole posted a $US1,000 reward for his safe return.

African Sulcata tortoises, also called African Spurred tortoises, inhabit the Sahara desert in Africa. They thrive in warm temperatures, Cole said. She feared that if it got cold at night, Solomon wouldn’t be able to survive.

Cole was also concerned that while Solomon can survive on grass and edible flowers, he likely wouldn’t be able to find adequate food sources when roaming around.

Cole searched for Solomon on foot nearly every day. She posted flyers, alerted local news networks, and posted all over social media, offering a $US1,000 reward for her pet’s safe return.

“I really did everything that I believed I could do to try and get the word out,” she said.

More than 70 days later, there was still no sign of Solomon – until August 20, when Cole got a call from a man who found the tortoise at a construction site 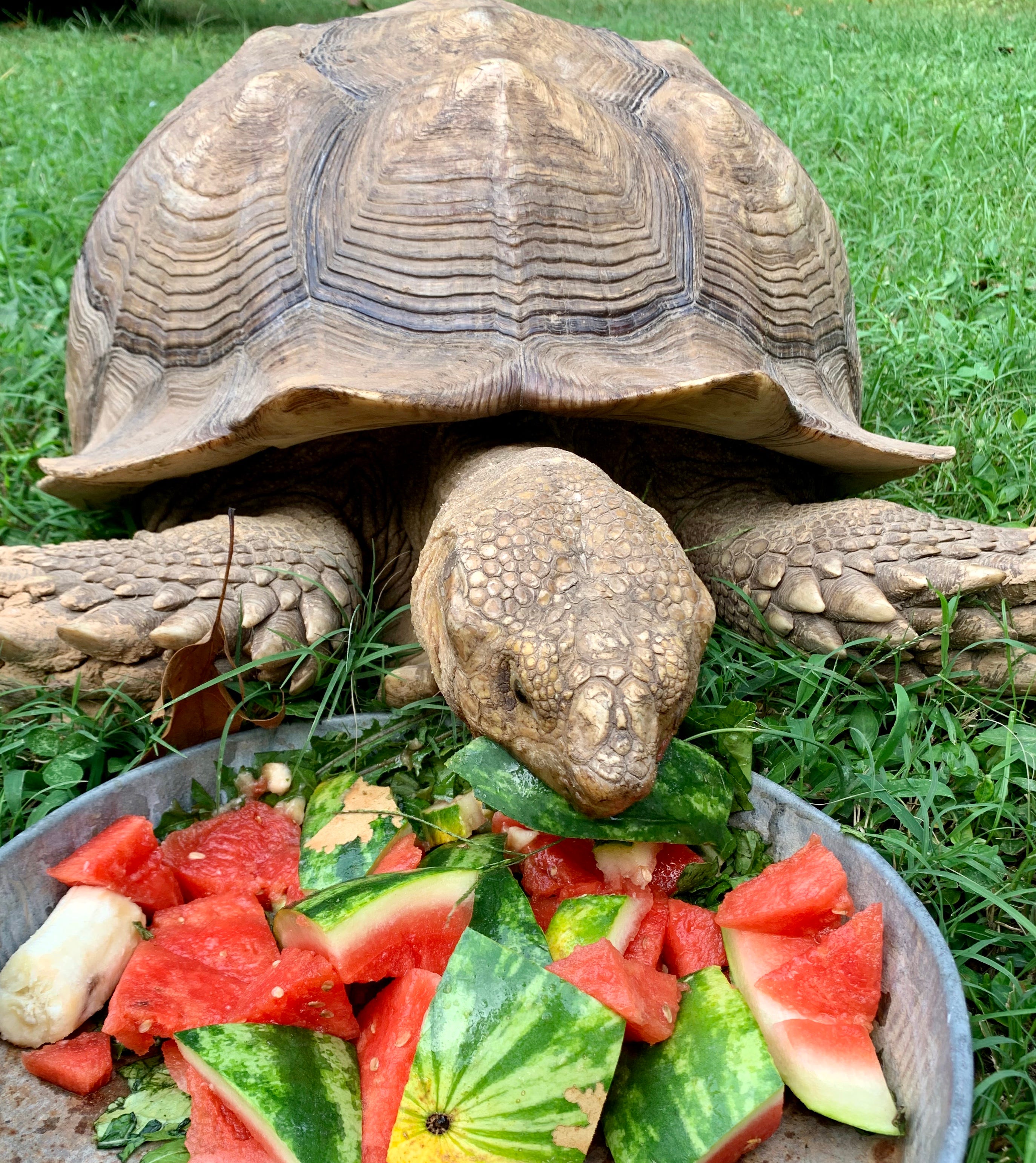 Lynn ColeWatermelon rinds are a favourite snack of the pet tortoise.

Solomon was spotted at a residential construction site an eighth of a mile from Cole’s home.

Within minutes of receiving a call from the man who found Solomon, Cole collected her pet and found that aside from some slight scratches on his shell – and that he was covered in mud – he was in good health.

Since he’s been back at home with Cole, Solomon has been enjoying his favourite foods, including watermelon rinds, strawberries, and bananas.

“He’s very relieved. It’s clear,” Cole said of her tortoise.”They’re very smart and affectionate – they know their names and their humans.”

Cole said that a local animal rescue group has teamed up with the Nashville Zoo to give Solomon a GPS tracker so the curious tortoise doesn’t get lost again.