A 200-pound, 60-year-old tortoise has been found after escaping an enclosure and travelling through 2 counties 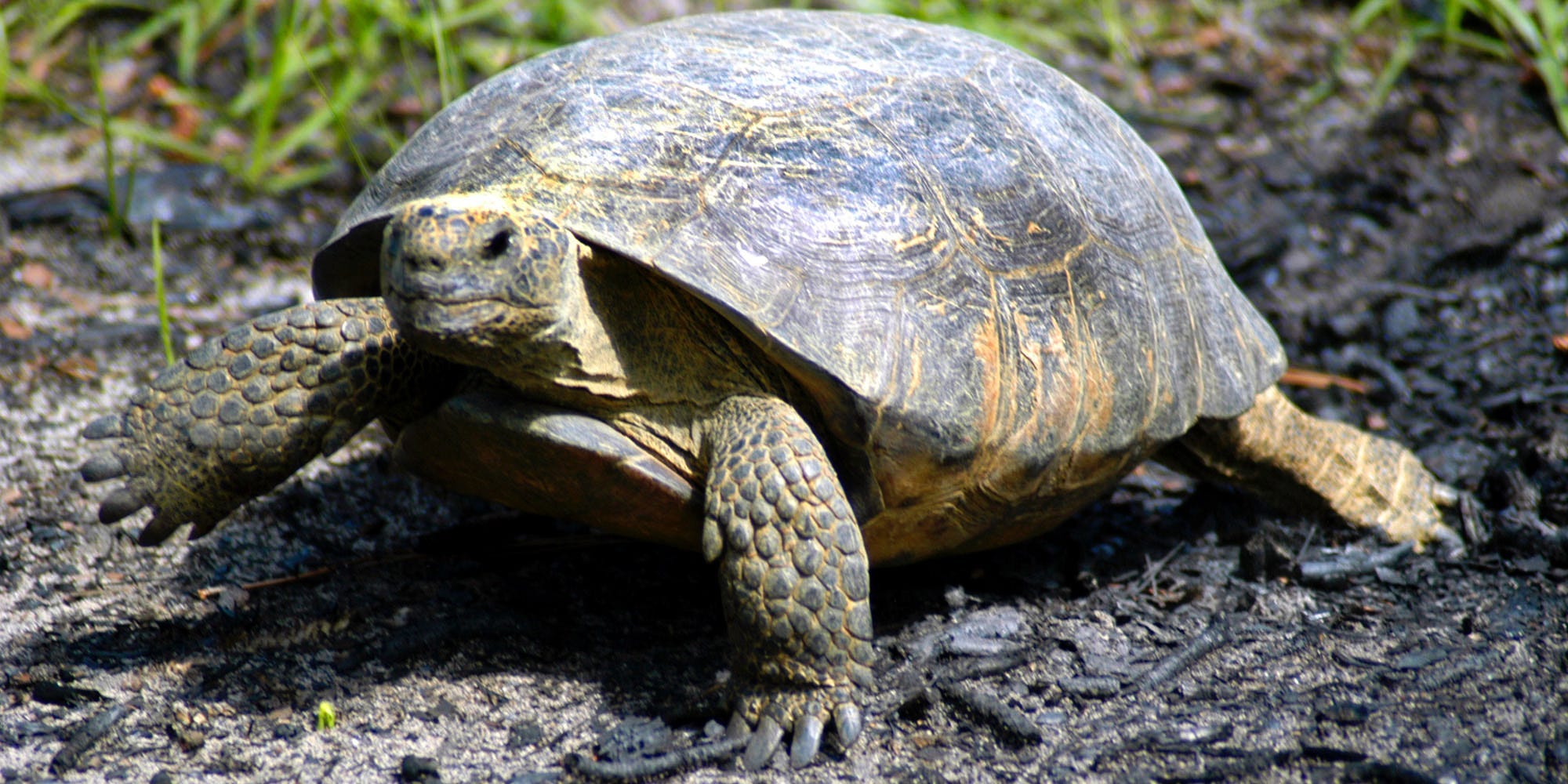 A 200-pound, 60-year-old African tortoise named Sparkplug was found safe after escaping his enclosure and travelling through two counties in Alabama.

Sparkplug, who lives with a family in Sardis City, Alabama, escaped his fenced-in pen on Thursday and made his way to a nearby road, the tortoise’s owner, Ty Harris, told the Gadsen Times.

Harris learned what happened next through Facebook, where he had posted about Sparkplug going missing.

After Sparkplug reached the road, Harris said, a motorist found him and brought him to a 200-acre farm in Marshall County â€” about 20 miles away â€” and released him into a soybean field, believing he was a wild animal.

Upon learning that the tortoise was someone’s pet through Harris’ public Facebook posts, the man who released Sparkplug went searching to find him again.

Thankfully, Sparkplug had left tracks in the field, which helped the man find him and return him to Harris on Saturday.

“He just had a couple of days out on the town,” Harris told the Gadsen Times.

Harris used to own a wildlife sanctuary and took Sparkplug in as a pet when a family in New Jersey couldn’t take care of him anymore.

He told the Gadsen Times he wasn’t worried about other animals harming Sparkplug while he was out in the wild, but he was concerned about the cold weather.

“They’re made for the desert,” Harris said, adding that his family keeps Sparkplug warm with a heating lamp.