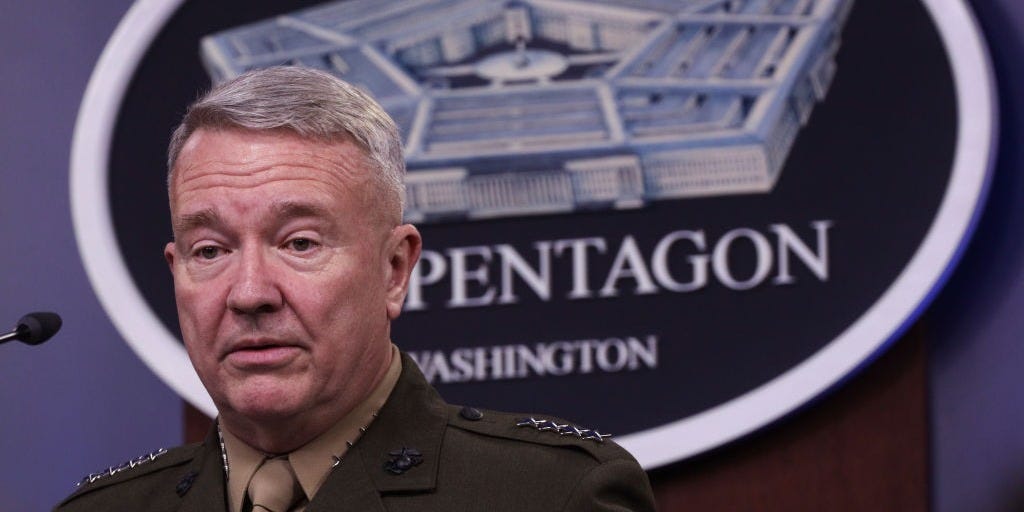 The top US general for the Middle East told reporters Tuesday that while he found intelligence that Russian bounties to Taliban-linked militants led to the deaths of US troops “very worrisome,” he is sceptical of reports it got troops killed.

The US intelligence community found that the Russian military intelligence unit GRU has been secretly paying bounties to militants to kill US and coalition forces in Afghanistan,The New York Times first reported in late June.

The president was reportedly briefed on the matter, but the Trump administration has denied the reports, claiming that the information was not credible enough to be brought to his attention, a claim that shocked former intelligence officials.

Both The New York Times and The Washington Post have reported that Russia’s bounty operations resulted in the deaths of US troops, but Gen. Kenneth McKenzie, head of US Central Command, told reporters on a phone call Tuesday that he “didn’t find that there was a causative link there,” the AP reported.

While President Trump has dismissed the intelligence on Russian bounties as a “hoax,” McKenzie said the intelligence was worrisome and that he asked his intelligence team to look into the situation further. “I believe they’re continuing to dig right now,” he said, according to ABC News.

A recent Department of Defence report on the situation in Afghanistan said that Russia has been working with the Taliban and others to expedite a US military withdrawal. Since the US signed a deal with the Taliban in February, the US military has withdrawn thousands of troops.

There are currently around 8,600 troops in country.

US efforts to end its participation in a conflict that has raged for nearly two decades, since the Sept. 11, 2001 terrorist attacks, follow repeated comments by the president calling for a withdrawal of US forces from war-torn Afghanistan.

Following reports on Russian bounties, US Central Command told Insider that that there have been no changes to the US force posture or security status in the Middle East in response to the intelligence, nor has there been an uptick in Taliban-linked attacks.

McKenzie, the AP reported, explained Tuesday that there was no need for increased security because the US military already takes “extreme force protection measures” in Afghanistan.

“Whether the Russians are paying the Taliban or not,” he said, “over the past several years, the Taliban have done their level best to carry out operations against us.”