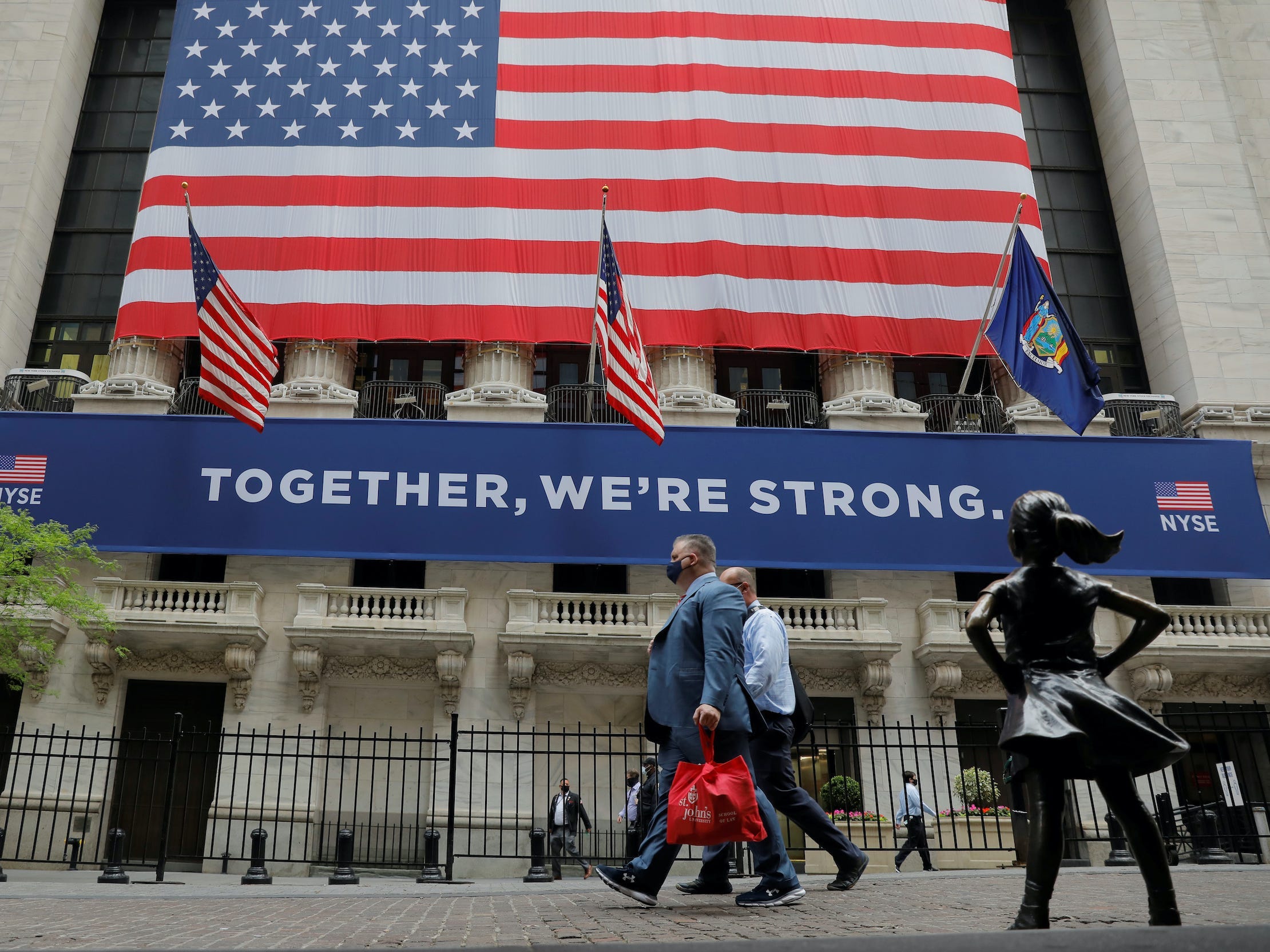 REUTERS/Lucas JacksonSo far this year, 138 SPACs, aka ‘blank-check firms,’ have raised $US53.8 billion, according to the website SPAC Research.

One of Wall Street’s most talked-about trends is the wave of special-purpose acquisition companies, or SPACs, that have launched IPOs at such a torrid pace that they’re on track to raise more than triple last year’s totals.

So far this year, 138 SPACs, aka “blank-check firms,” have raised at least $US53.8 billion, according to the website SPAC Research. There shell companies now have at least $US67 billion to spend on bringing other companies public, the data provider said.

There’s an entire ecosystem of advisers, salespeople, and lawyers increasingly pitching blank-check companies to investment platforms and wealthy people. Asset managers like Fidelity, T. Rowe Price, and Capital Research are also increasingly participating in the market, lending an additional aura of respectability to what had once been considered a back corner of the financial markets.

As the market has gained more respectability, the names of the players driving its growth have changed. Business Insider spoke with more than a dozen people in the industry earlier this month to come up with a list of the market’s most influential players.