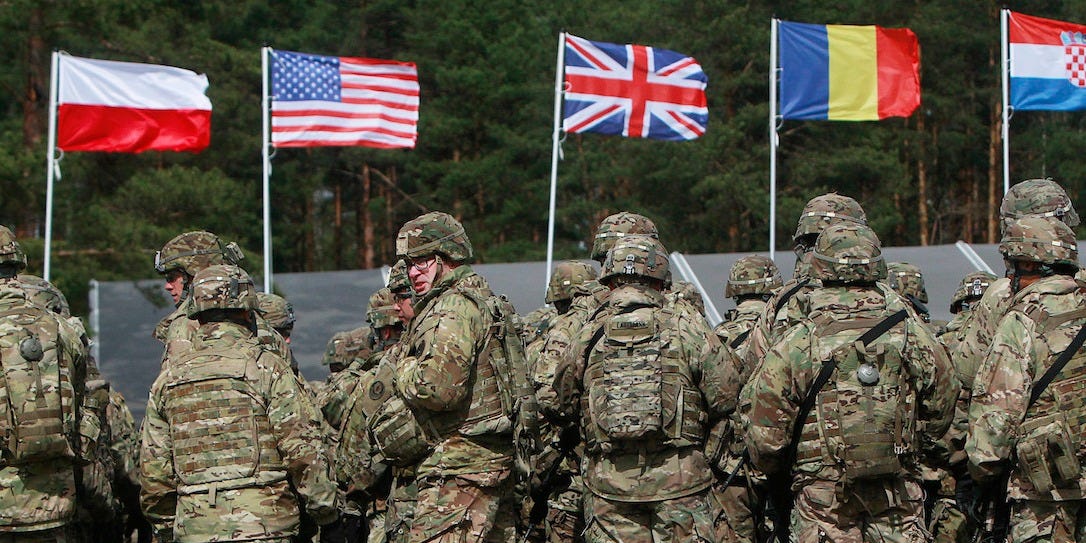 China’s efforts to undermine rivals and spread its influence around Europe look a lot like Russian moves to do the same, according to the Navy’s top commander in Europe and Africa.

“We’ve seen a more aggressive Russia illegally taking territory from sovereign countries, conducting cyber operations against many countries, meddling in domestic politics throughout the [NATO] alliance, militarizing the Baltic and Black seas and now the Arctic … all while making threats to restrict access to the Northern Sea Route,” Adm. James Foggo, head of US Naval Forces Europe-Africa, said at an International Institute of Strategic Studies event Thursday.

“That is what China has done in the Pacific and could be looking to do in Europe and Africa,” Foggo added. “I would argue that China is already doing some of this in Africa and positioning itself quite well to do the same in Europe.”

There is growing concern within NATO and among European countries about Chinese activity in the region. The NATO leaders summit in December included China as a point of discussion for the first time. A joint statement issued afterward said “China’s growing influence and international policies present both opportunities and challenges that we need to address together as an Alliance.” 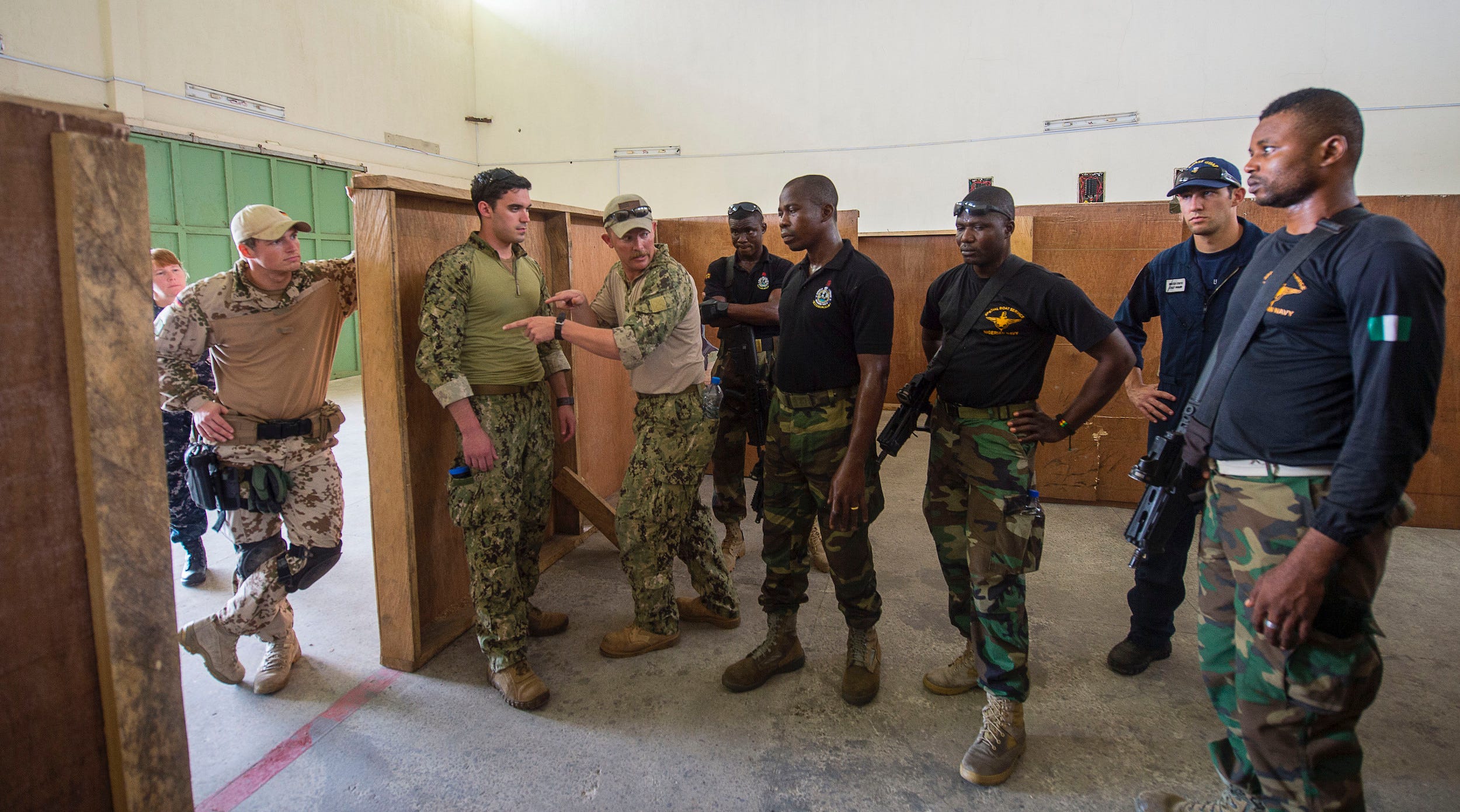 In his comments Thursday, Foggo touched on several of the major issues that have raised concern in Europe: 5G telecommunications technology, which Foggo called “a Trojan horse”; extensive investment in European port infrastructure; and the Belt and Road Initiative, through which China has invested in many European countries.

Chinese control of ports, such as Piraeus in Greece, is of particular concern, as it could impede crisis response.

“It worries me because if we got into a crisis with Russia and had to move stuff quickly, it’s a potential vulnerability that China can control so much of that infrastructure,” Ben Hodges, former commander of US Army Europe, said in a May interview.

Foggo said “a disturbing trend” he had seen in Africa was China “employing a long-term state-driven strategy for both economic and military aspirations.”

“We’ve seen tremendous investments there but on Chinese terms. They bring in their own support structure [and] their own workers,” Foggo added, citing the Chinese base in Djibouti in East Africa, which US military officials have warned about for some time.

Foggo contrasted US investments in Djibouti’s economy, totalling about 8.5% of the country’s GDP, with Chinese spending there.

“That’s a concern for us,” Foggo added, “because we could see Chinese-owned or influenced ports refuse to provide services to the United States Navy or NATO nations in the future.”

‘Not necessarily an either-or’ 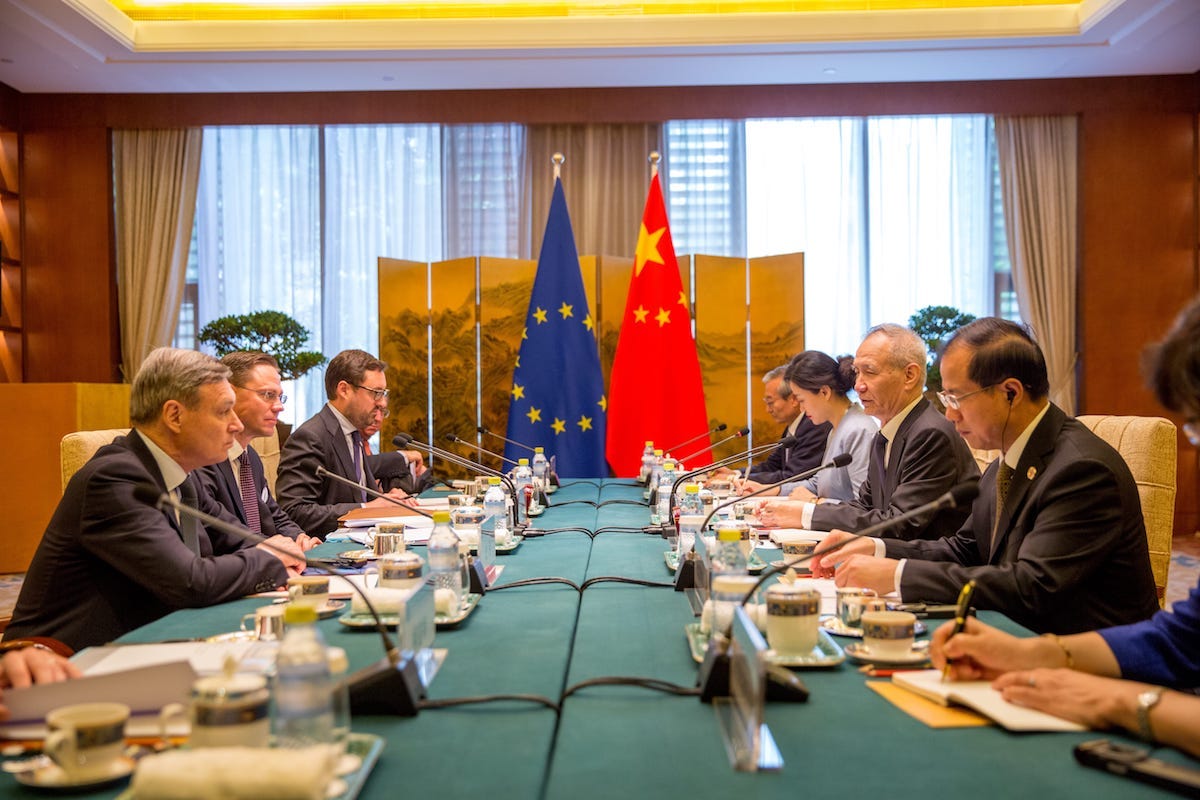 Foggo’s remarks come amid increasing debate within Europe and between Europe and the US about how to approach China, with whom tensions have risen during the coronavirus pandemic.

The adoption of 5G has been a sticking point. European countries have launched efforts to find an alternative to technology offered by Chinese firm Huawei, which the US says is linked to China’s military, and Washington has been criticised for not offering another option.

“I don’t think it’s the best solution to try to pressure our allies to not buy Chinese or accept Chinese investment if we’re not offering something better,” Hodges said. “We should be competing better on the economic side.”

NATO is considering its own long-term response to China’s rise. China is geographically distant from Europe, but issues like 5G and cyber security more generally, not to mention China’s growing military, makes Beijing a more proximate challenge. The alliance’s stance on China also matters for its future relations with the US.

“This is not about moving NATO into the Pacific, but this is about responding to the fact that China is coming closer to us,” NATO Secretary General Jens Stoltenberg said late last year.

The European Union has also struggled with how to assert its interests in response to an increasingly aggressive China. 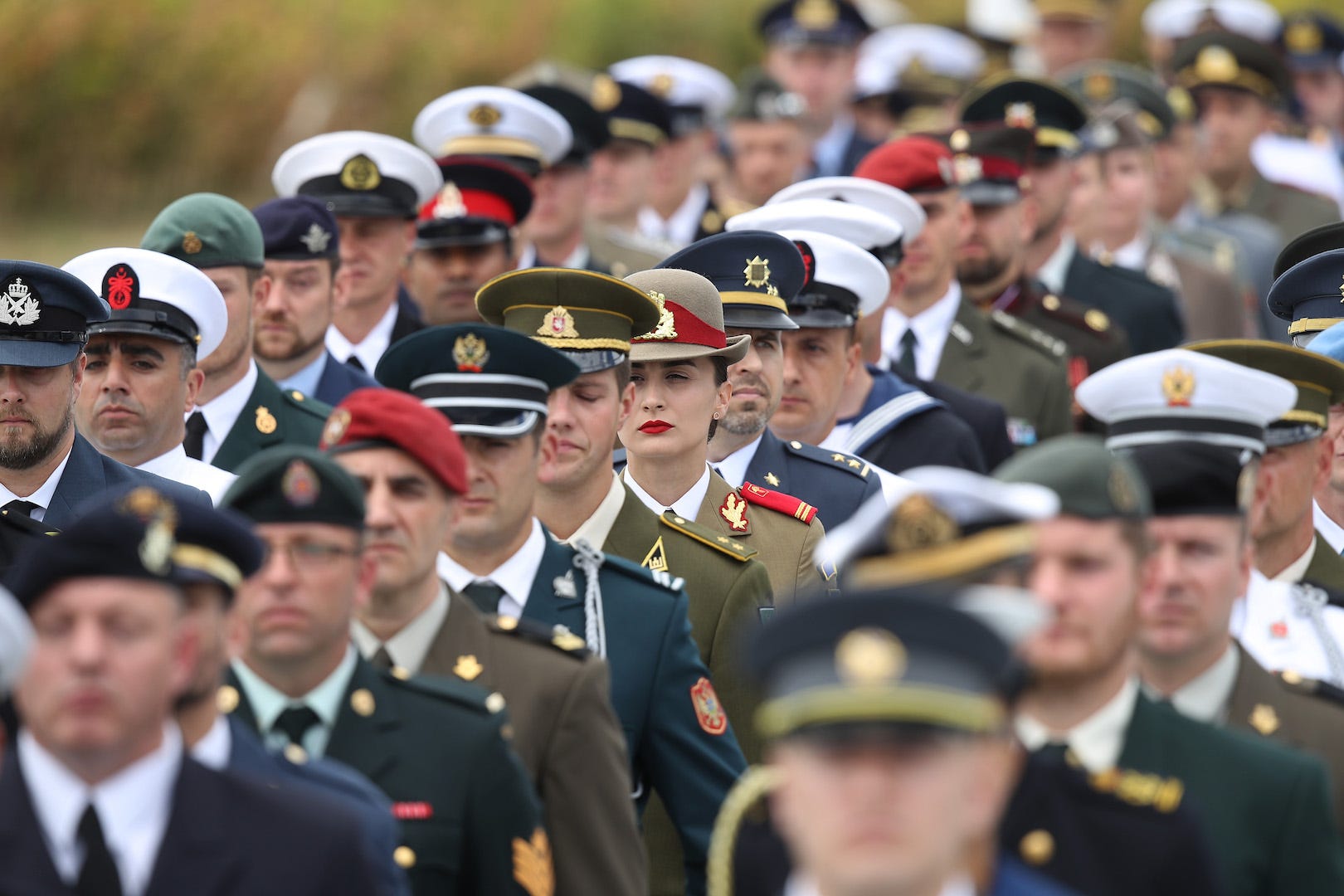 Sean Gallup/Getty ImagesMilitary personnel from different nations march at the opening ceremony of the 2018 NATO Summit in Brussels, July 11, 2018.

The EU’s high representative for foreign affairs, Josep Borrell, has admitted that the bloc’s initial stance toward China was “a little naive,” and the EU now describes China as a “systemic rival,” though Borrell has said that does not mean it sees Beijing as a security threat.

China “is a system that is about to prove that you can be economically strong without respecting the basic principles of individual liberties, of democratic values, of civil rights, the way we respect them,” German Defence Minister Annegret Kramp-Karrenbauer said at an Atlantic Council event this week, calling China “a systemic challenge.”

“But the truth is also that we live in a globalized, multinational, multilateral world with economic ties, so that means that we must not engage in trade wars that will ruin us all, and at the same time we must stand up for our values,” Kramp-Karrenbauer added.

At a German Marshall Fund event Thursday, Secretary of State Mike Pompeo said he was “excited” to accept an offer from Borrell to create a US-EU dialogue on China – “a new mechanism for discussing the concerns we have about the threat China poses to the West and our shared democratic ideals,” Pompeo said.

Asked about the possibility the US and EU couldn’t agree on an approach to China, Pompeo noted the importance of having a relationship with China, which is set to overtake the US as the world’s largest economy in the coming years, and said it’s “not necessarily an either-or.”

“What is required is that the rule set on which that trade engages has to be reciprocal. It has to be fair,” Pompeo said. “It is not [that] you have to choose business over confronting the Chinese Communist Party. Indeed, confronting the Chinese Communist Party creates the opportunity for increased wealth-creation in Europe and in the United States.”