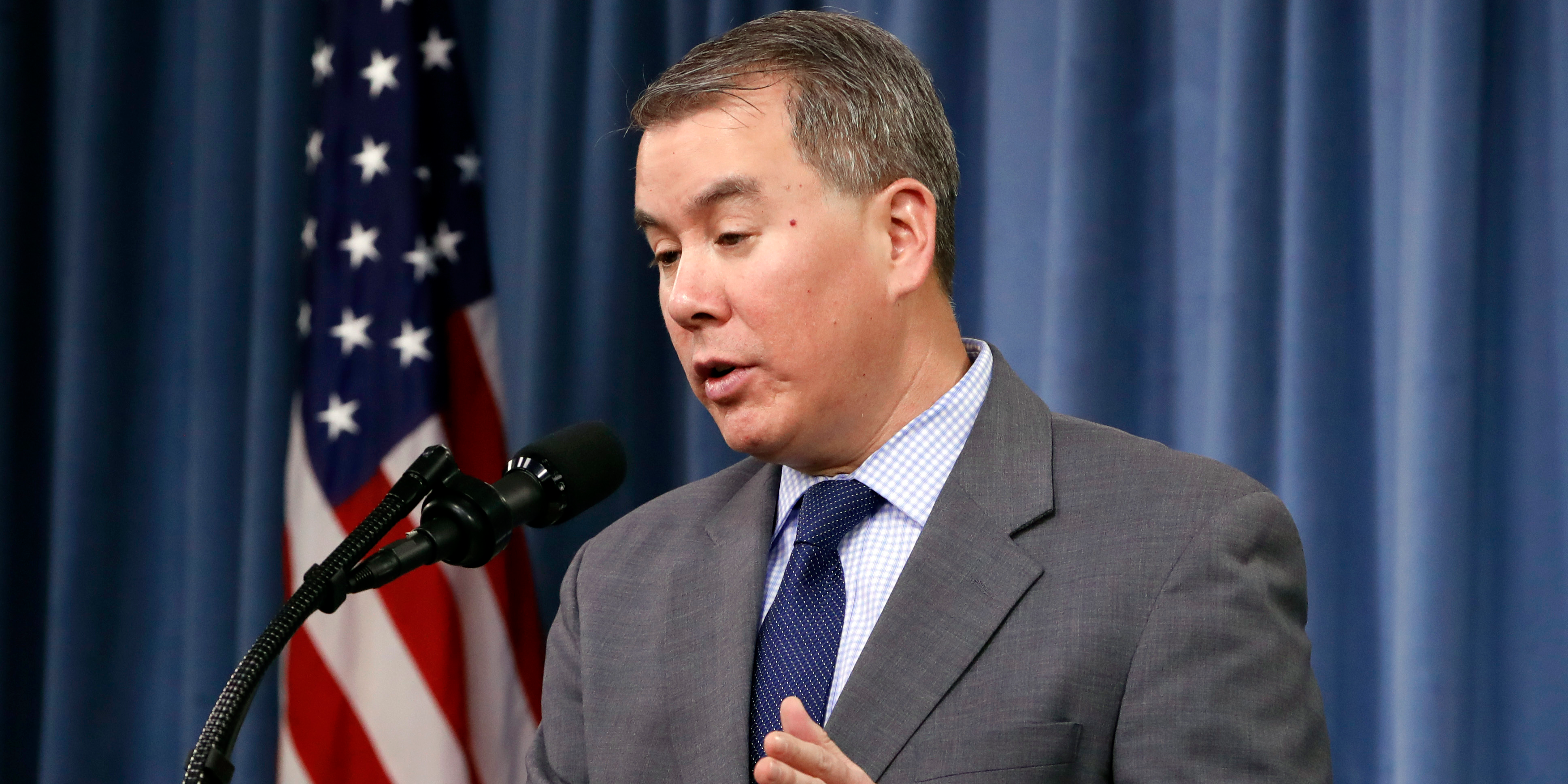 A senior Pentagon policy official was asked to resign after losing the support of top national-security leadership, CNN first reported on Wednesday morning.

John Rood, the undersecretary of defence for policy since 2018, will step down at the end of this month, the Pentagon said in a statement, confirming the earlier reporting.

Administration officials told Bloomberg that senior national-security officials had lost confidence in Rood’s ability to execute President Donald Trump’s agenda. Sources told Foreign Policy that he was asked to resign after Trump lost confidence in him following a string of departures of senior Pentagon policymakers.

Speaking to reporters at the Pentagon on Wednesday, Jonathan Hoffman, a Defence Department spokesman, declined to say whether Rood’s resignation came at the direction of the White House but did say that the “president can make a decision to go in a different direction.”

While the specific reason for Rood’s resignation is still unclear, multiple reports have noted his connection to the security aid to Ukraine that became the focus of impeachment proceedings.

In his role at the Pentagon, which involved building partnerships and encouraging defence cooperation with US allies and partners, Rood certified to Congress that Ukraine was eligible to receive $US250 million in security assistance. That aid was temporarily withheld at the White House’s direction last summer.

While the Trump administration has argued that it withheld the aid because of concerns about corruption, Trump was accused of using the aid to pressure Ukraine to advance his political aims.

In May, before the president decided to withhold the aid, Rood said in a letter to lawmakers that he “certified that the Government of Ukraine has taken substantial actions to make defence institutional reforms for the purposes of decreasing corruption, increasing accountability, and sustaining improvements of combat capability enabled by U.S. assistance.”

The letter, which was leaked in September, undermined the administration’s argument.

In the email, recently reviewed by CNN, Rood wrote that “placing a hold on security assistance at this time would jeopardize this unique window of opportunity and undermine our defence priorities with a key partner in the strategic competition with Russia.”

Trump was impeached by the House of Representatives on charges of abuse of power and obstruction of Congress and acquitted by the Senate earlier this month. Since his impeachment, Trump has taken steps to remove some officials from their posts.

Update: This post was updated with statements from the president and the Pentagon.