Elon Musk said a college degree isn't required for a job at Tesla — and Apple, Google, and Netflix don't require employees to have 4-year degrees either 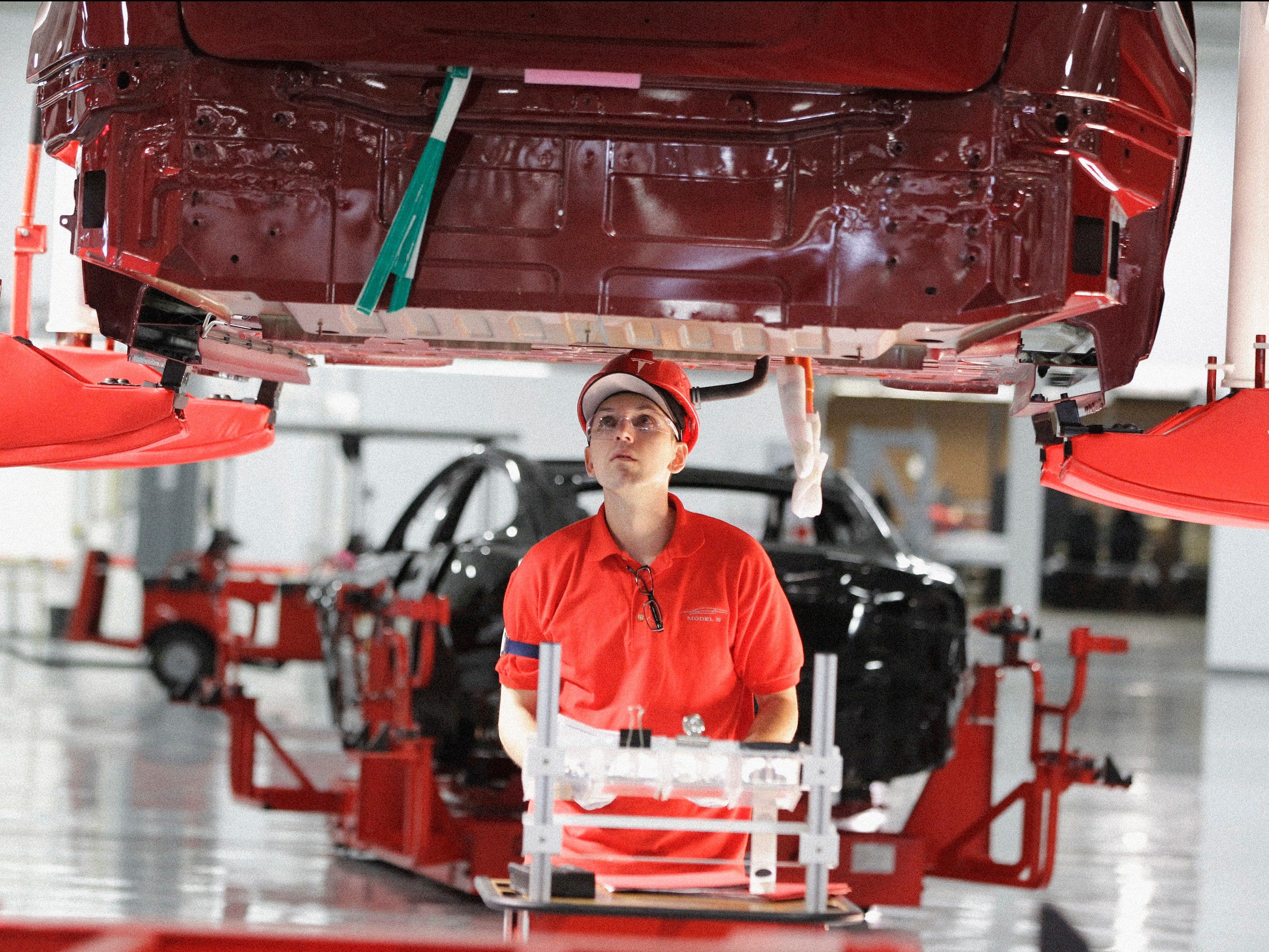 Students assume getting a four-year degree â€” and taking on the thousands of dollars of student-loan debt that comes along with it â€” is the only way to get your foot in the door at top companies such as Tesla, Apple, and Netflix.

But that isn’t always true. Even the CEO of Tesla doesn’t think you need it.

Tesla CEO Elon Musk said colleges “are not for learning,” but rather a place to have fun, during a conversation at the Satellite 2020 conference earlier this year. Musk said you can learn anything online for free, and noted that billionaire moguls like Bill Gates and Oracle’s Larry Ellison dropped out of college. Ideally, he added, you would have dropped out of school “and did something.”

Musk joined prominent business leaders who have also questioned the need for four-year degrees, such as Apple CEO Tim Cook and Siemens USA CEO Barbara Humpton. Cook said in 2019 that about half of Apple’s US employment last year included people without four-year degrees. Cook reasoned that many colleges do not teach the skills that business leaders need most in their workforce, such as coding.


Read more:
EXCLUSIVE: SpaceX is looking to raise another big round of funding and wants to double its valuation to up to $US92 billion

Humpton also dismissed the idea that a four-year degree guarantees career-readiness: “All too often, job requisitions will say they require a four-year degree, when in fact there’s nothing about the job that truly requires a four-year degree â€” it merely helped our hiring managers sort of weed through the crowd and get a smaller qualified candidate group,” Humpton said at the White House in 2019.

Now, prominent companies such as Google and Apple are hiring employees who have the skills required to get jobs done, with or without a degree. Glassdoor found firms like Google, Apple, and IBM don’t require a college degree to land a job. Google recently launched a new selection of courses for Google Career Certificate, a six-month program that prepare participants for in-demand jobs.

That being said, college degrees seem to pay off. Workers that hold at least a bachelor’s degree earned $US502 more in median weekly earnings than those with just a high school education, according to a May 2020 report from the US Bureau of Labour Statistics. Additionally, the unemployment rate among those with less than a high school degree is more than double that of bachelors degree holders.


Read more:
Apple just launched a new camera feature for the iPhone 12 Pro that could change the way we think about smartphone photography

But because degrees often require taking on student debt, many Americans cannot afford college degrees. Only 42% of high-school sophomores go on to earn a two-year or four-year degree, per the US Department of Education. Even among students who graduate from college, a significant number of new graduates are underemployed, meaning they work jobs that don’t require a college degree.

As many expect automation to displace a quarter of the workforce, experts and researchers are already tossing around alternatives to help prepare young employees for work. Apprenticeship programs, which mix school and on-the-job training, could better prepare the workforce of the future, Business Insider reporter Rich Feloni reported.

“I don’t consider going to college evidence of exceptional ability,” Musk said at the Satellite conference. “Did Shakespeare even go to college? Probably not.”