Mark Zuckerberg had $7 billion wiped off his fortune as advertisers boycott Facebook. He's going to be just fine.

Hello everyone!
Welcome to this weekly roundup of Business Insider stories from executive editor Matt Turner. Please subscribe here to get this newsletter in your inbox every Sunday. 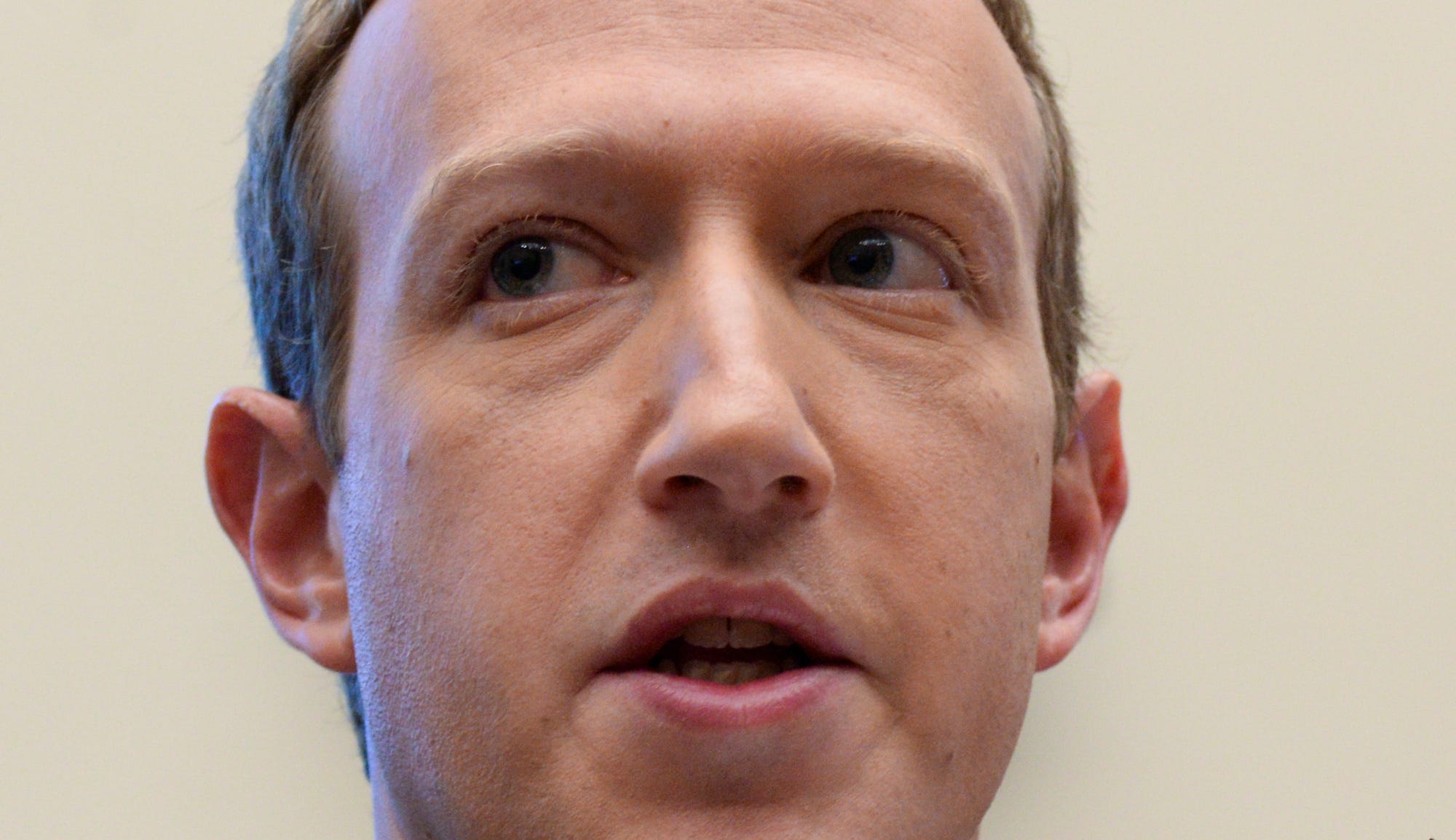 Money talks. A flood of high-profile advertisers announced this week that they would boycott advertising on Facebook through July, responding to criticism of Facebook’s inaction on hate speech. Facebook’s stock fell 8% on Friday, wiping $US7 billion off of CEO Mark Zuckerberg’s net worth.

The boycott has sent Facebook execs scrambling, with the social media giant’s top ad exec on Friday sending a memo to advertisers promising an external audit of its safety tools and practices. Facebook also said Friday that it is going to start labelling posts from politicians that break its rules but are “newsworthy” enough to remain on the platform.

The boycott is another example of the increased willingness of big brands to take a stand, as they respond to pressure from their own employees and customers. But as Tanya Dua, Lauren Johnson, and Lucia Moses report, many of these advertisers didn’t spend much with Facebook, and the boycott statements are temporary and vaguely written, which could make it easier to resume spending after July while winning goodwill in the meantime. From their story:

Most of Facebook’s advertising comes from small companies that can’t afford to turn off the channel. Smaller brands that join the boycott could risk losing up to 80% of their monthly revenue, said Devin Whitaker, director of performance marketing at ad agency Good Moose.

Meanwhile, advertisers like Coke can come off looking virtuous by pulling their ads with statements that increasingly upped the ante.

In addition, as Tanya, Lauren, and Lucia report, a lot of advertisers spend less in the summer and in an election year anyway because sales are slow and there’s so much noise to break through. You can read their story here:

What do you think? Is this a turning of the tide for Facebook? Or will big advertisers rush back to the platform once July is through? I’d love to hear from you. Email me at [email protected]

Read on for more on a tech dealmaker who’s drawing comparisons to Warren Buffett, a toxic culture at a Wall Street firm, and Tesla’s battery challenges. 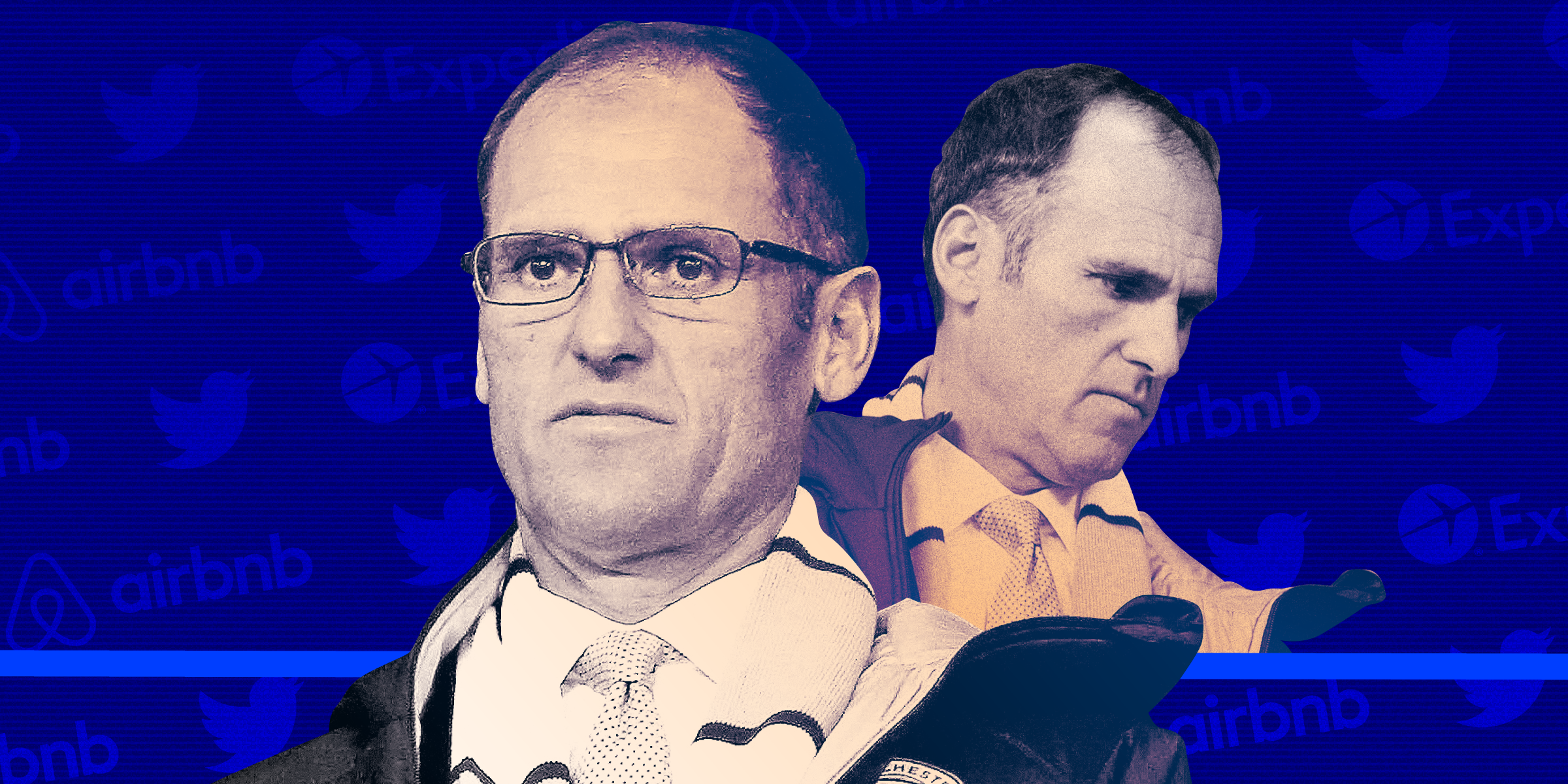 Dakin Campbell and Casey Sullivan this week published a profile of Egon Durban, the co-CEO of private equity firm Silver Lake Partners who’s a newly-minted billionaire drawing comparisons to Warren Buffett. As per their story, Durban, who made his name acquiring and then selling Skype, has rapidly become the lead dealmaker on investments spanning entertainment, media, and technology.

When Twitter shareholders demanded the ousting of its CEO, Jack Dorsey, Durban stepped in and put up $US1 billion. The lead instigator, Elliott Management’s Jesse Cohn, settled his campaign. And when home-for-rental company Airbnb faced a dropoff in business, Durban again pulled out his private-equity wallet.

Business Insider interviewed more than 40 people close to Durban and Silver Lake, including those who do or have worked directly with him and across from him, to get inside the media-shy firm and understand how Durban will drive its investment choices for years to come.

They described how one of the most prolific private-equity executives climbed the ladder in an organisation, pushed for more control, and then proceeded to put his mark on the firm.


40 insiders reveal the meteoric rise of Silver Lake’s Egon Durban, the tech-focused PE firm’s No. 1 dealmaker who strong-armed his way to the top and is about to get $US18 billion more to invest 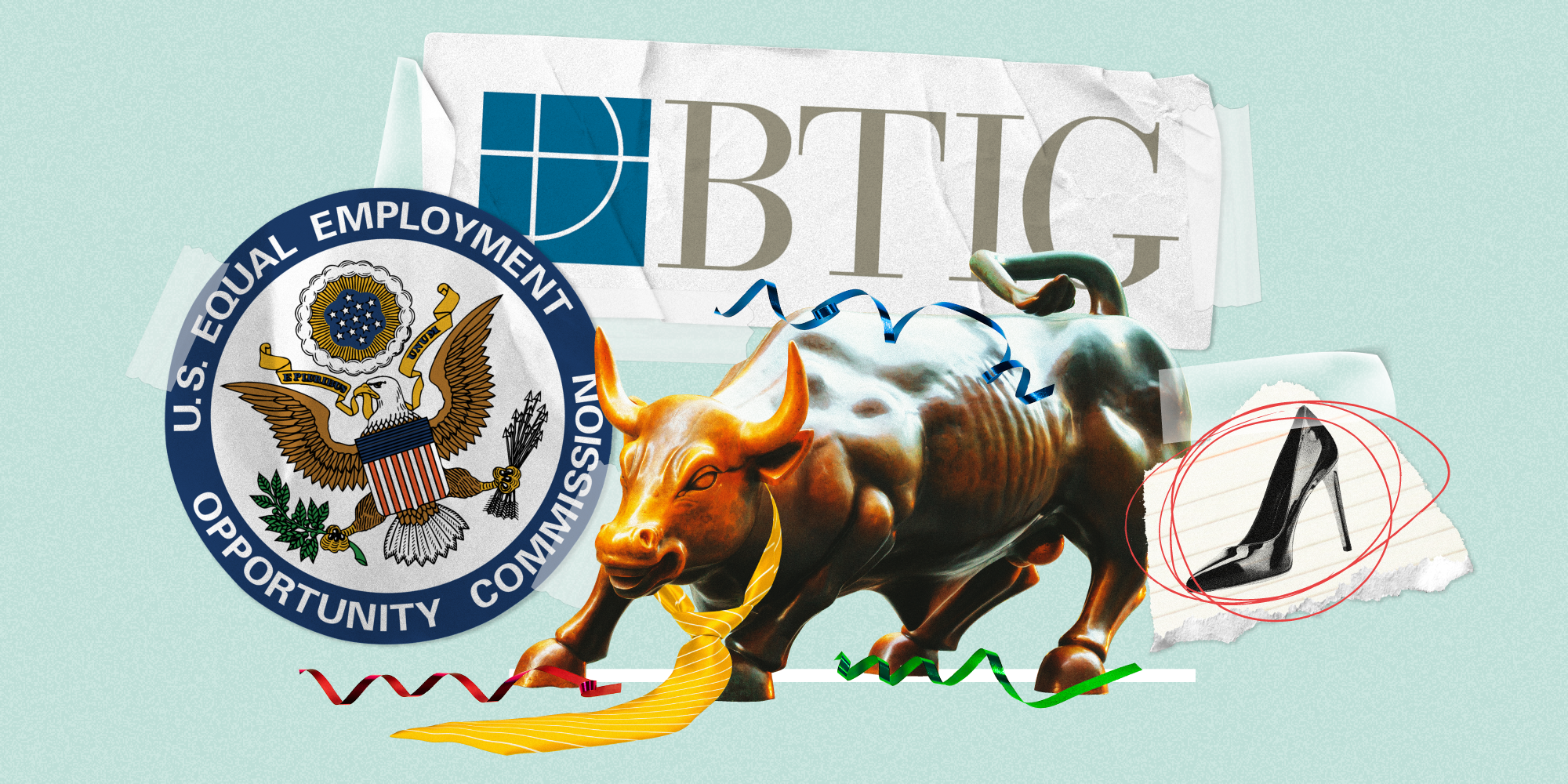 Nicole Einbinder and Rebecca Ungarino reported this week that former employees say BTIG, a Wall Street firm backed by Goldman Sachs and Blackstone, had a toxic party culture. From their story:

Interviews with more than half a dozen former BTIG employees, and a review of court records and Equal Employment Opportunity Commission documents, reveal allegations of a boys’-club culture, excessive drinking at company events, and sexual banter at least into 2019.

An investigator with the EEOC contacted at least two former BTIG employees within the past 18 months seeking information about allegations of sexual harassment at the firm.

In an ongoing lawsuit filed in 2019, one former employee alleged that an executive in the firm’s San Francisco office directed BTIG staff to screen out job candidates that “looked black,” and to avoid female job applicants since it was “too risky to hire a woman.” The executive apparently remained at BTIG until June of this year, when Business Insider inquired about the lawsuit. BTIG says he is no longer with the firm.


Former employees say BTIG, a Wall Street firm backed by Goldman Sachs and Blackstone, had a toxic party culture that was stuck in the ’80s 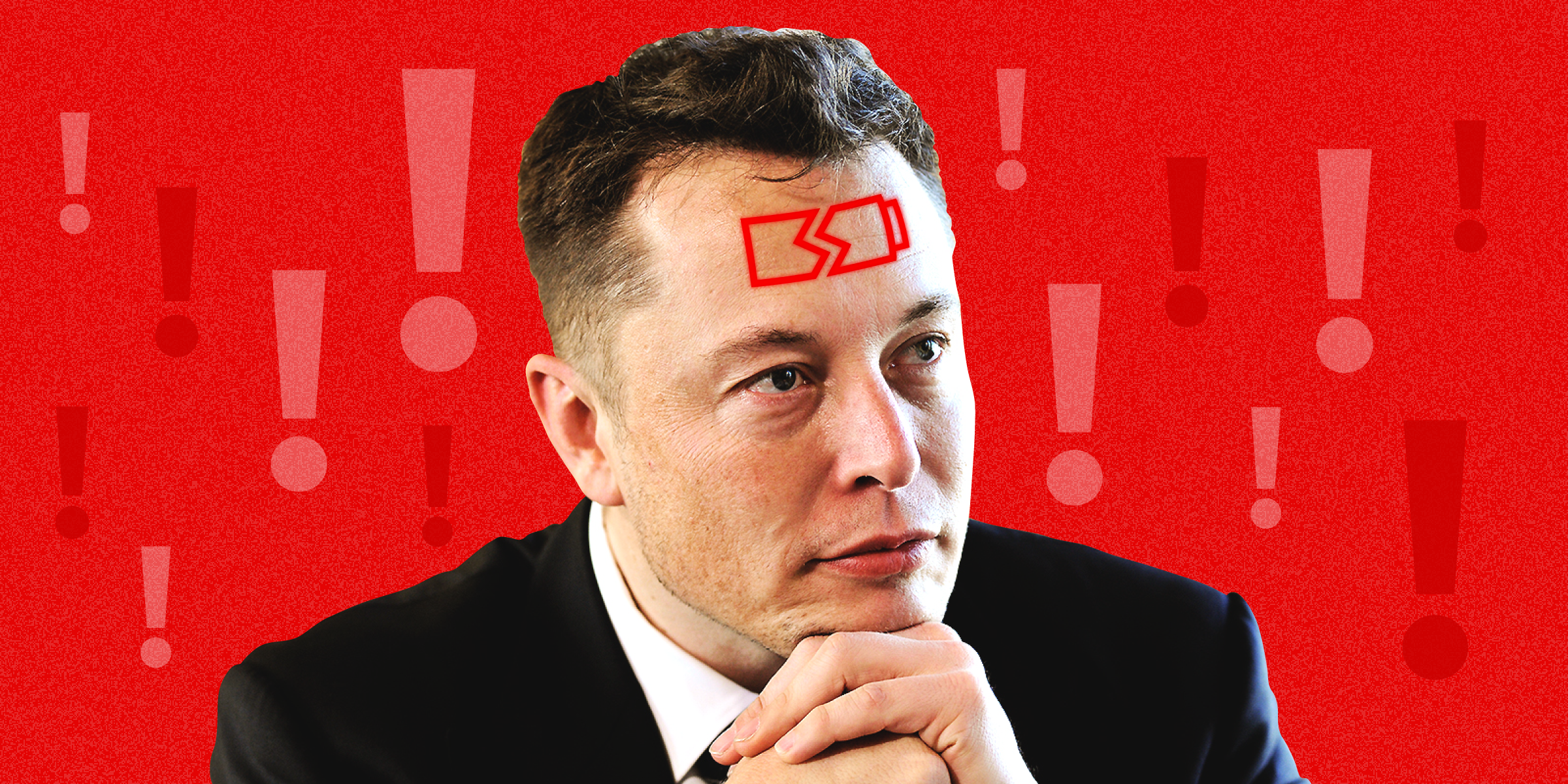 Tesla knew its Model S cars were equipped with a battery-cooling system that had a flawed design in June 2012, as those cars started being delivered to customers, according to three people familiar with the matter and internal documents viewed by Business Insider. But the company sold the cars anyway.

The flaw in the design made the cooling system susceptible to leakage. Once coolant leaks into a battery pack, it can short a battery or cause a fire, industry experts told Business Insider.

As Linette reports, Tesla has been dealing with questions about the safety of its batteries for years. And The National Highway Transportation Agency is investigating whether Tesla Model S and Model X vehicles made between 2012 and 2019 had battery defects that could cause “non-crash fires.”

You can read her story in full here:


Tesla knew its Model S battery had a design flaw that could lead to leaks and, ultimately, fires starting in 2012. It sold the car anyway.

Below are headlines on some of the stories you might have missed from the past week.

The chief strategist of $US2.5 trillion State Street recommends 7 ETFs for investors looking to profit from a permanently altered post-coronavirus landscape

Accenture is cutting US staff, and top execs just warned of more pain to come as the consulting giant promotes fewer people and looks to control costs

WeWork is ditching a major Manhattan office lease, and it’s the first big step in a turnaround that’s put its entire real-estate portfolio under review

Former employees and a cofounder explain what went wrong at Microsoft’s Mixer, which is shutting down even after spending millions of dollars on top streamers like Ninja to compete with Amazon’s Twitch

Red Bull employees leaked an offensive slide from a company meeting. It showed a repurposed map meme that described India as ‘call centres,’ China as ‘they make our stuff,’ and Africa as ‘zoo animals come from here’

Cyclica is already using AI to discover new medicines based on psychedelics. Here’s the presentation the biotech startup used to raise a fresh $US17 million.