Susan opened up about the 95-year-old singer’s Alzheimer’s diagnosis during a chat with Anderson Cooper on Sunday’s episode of “60 Minutes.”

“He recognizes me, thank goodness, his children. We are blessed in a lot of ways,” Susan told Cooper. “He’s very sweet. He doesn’t know he has it.”

Cooper spoke with Susan and Bennett prior to Bennett’s final concert performance with Lady Gaga at Radio City Music Hall in New York City in August.

During his “60 Minutes” segment profiling Bennett, Cooper said in an interview that while Bennett “has a hard time holding a conversation,” the musician “was much more energetic” when Bennett heard his accompanist play one of his songs.

“He’s suddenly making eye contact with everybody and Tony just starts singing,” Cooper said alongside a clip of Bennett slowly dancing and singing next to the piano.

The CNN journalist continued that Bennett knew “the entire song” even though there were “no cue cards, there’s no sheet music on the piano.”

Cooper added: “So it’s all just in his brain. It was among the most extraordinary things I’ve experienced on a shoot.”

Bennett’s family revealed in February, during a conversation with AARP, that the singer had been diagnosed with Alzheimer’s in 2016.

Bennett has continued to produce music since his diagnosis, including a final jazz album with Lady Gaga titled “Love for Sale” earlier this year. Dr. Gayatri Devi, Bennett’s neurologist, told Cooper on Sunday’s “60 Minutes” episode that Bennett’s “musical memory, his ability to be a performer” is “an innate and hard-wired part of his brain.”

“So even though he doesn’t know what the day might be or where his apartment is, he still can sing the whole repertoire of the ‘American Songbook’ and move people,” Devi explained.

Lady Gaga, who has worked with Bennett since at least 2014, also said on Sunday’s episode that “something happens to” Bennett when he hears music.

She said: “He knows exactly what he’s doing. And what’s important for me, actually, just to make sure that I don’t get in the way of that.” 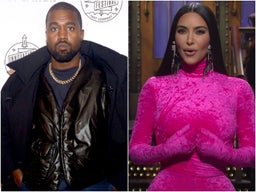 A chunk of SpaceX rocket that has drifted through space for...