GOP Sen. Tommy Tuberville told Trump that he couldn't talk during the Capitol siege because security had just evacuated Pence from the Senate chamber 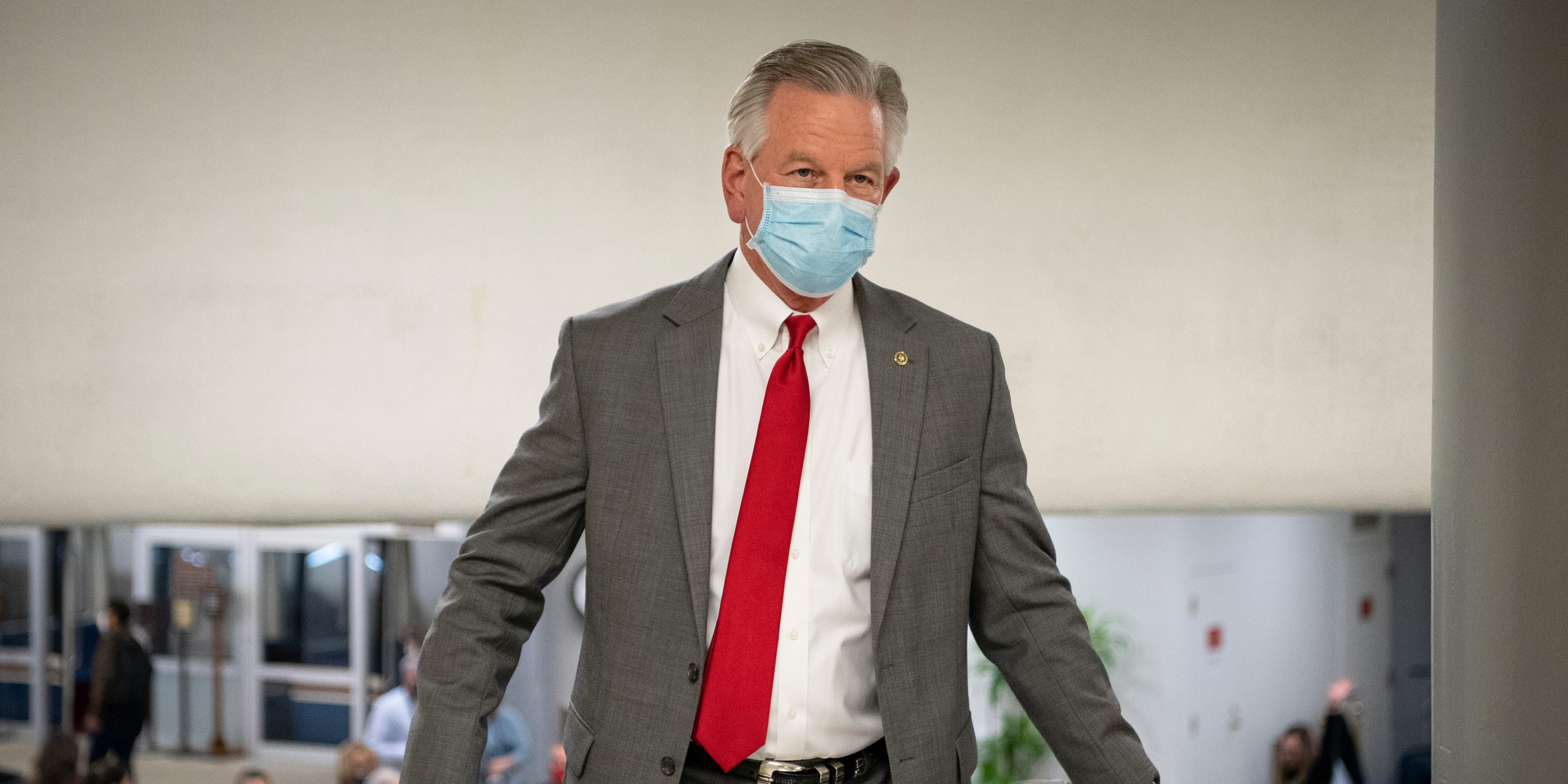 The Alabama Republican spoke to Trump on January 6 as rioters had breached the Capitol, but Tuberville said he had to cut the phone call short amid the chaos.

“He didn’t get a chance to say a whole lot because I said ‘Mr. President, they just took the vice president out, I’ve got to go,'” Tuberville told reporters late Wednesday.

Trump had reached out to his GOP ally to urge him to protest the Electoral College count process that would certify then-President-elect Joe Biden as the 2020 winner.

Trump’s interaction with Tuberville on that day had previously been reported, but the details of the conversation are new.

The information could boost House impeachment managers’ case against Trump, potentially demonstrating that the former president knew that Pence was under threat but refused to act quickly and quell the riot.

Trump’s knowledge of the violence in real-time as it was unfolding at the Capitol is unclear. His press office did not immediately respond to Insider’s request for comment.

Tuberville told Trump about Pence’s evacuation around the same time the former president tweeted an attack against Pence, but the exact timing of the phone call is unknown.

“Mike Pence didn’t have the courage to do what should have been done to protect our Country and our Constitution, giving States a chance to certify a corrected set of facts, not the fraudulent or inaccurate ones which they were asked to previously certify,” Trump tweeted at the time. “USA demands the truth!” Twitter has since taken down the tweet and permanently blocked Trump’s account, citing further risks of violence.

Pence was removed from the chamber at 2:13 p.m. Trump sent the tweet criticising Pence at 2:24 p.m.