Tom Moore, a 100-year-old veteran who raised millions for healthcare workers in the UK, dies after testing positive for COVID-19 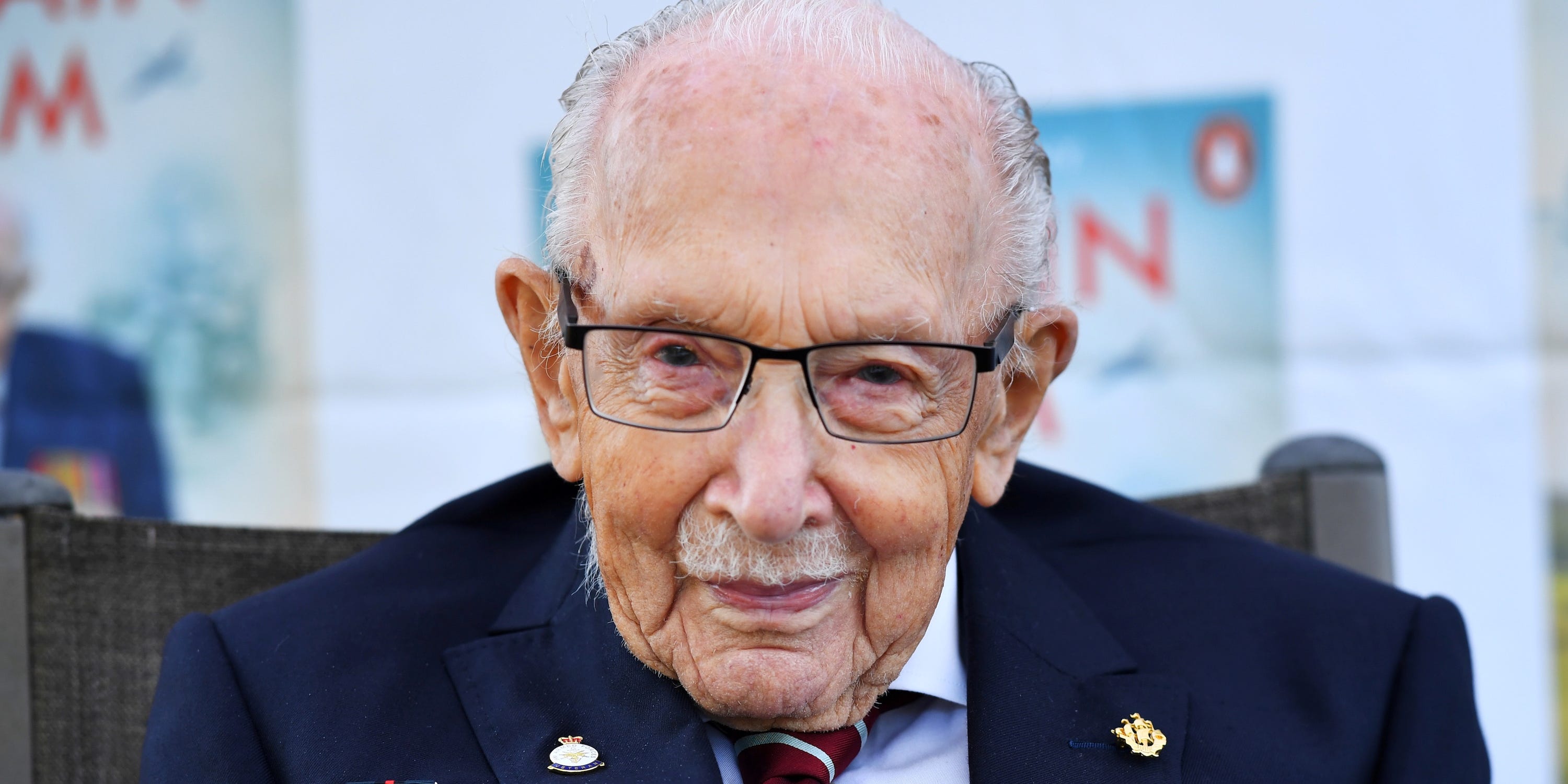 REUTERS/Dylan Martinez/File PhotoCaptain Sir Tom Moore smiles as he launches his autobiography book ‘Tomorrow will be a Good Day’ at his home in Milton Keynes, Britain September 17, 2020.

Captain Sir Tom Moore, a 100-year-old veteran who raised millions of dollars for healthcare workers in the UK by walking laps in his garden, has died after being hospitalized with COVID-19,his foundation announced on Tuesday.

Moore, a British World War II veteran also known as “Captain Tom,” raised money for the UK’s National Health Service at the start of the coronavirus pandemic amid a country-wide campaign to support healthcare workers.

He had initially planned to raise Â£1,000 ($US1,364) with sponsored laps around his back garden in Bedfordshire, northwest of London, but ultimately collected more than Â£30 million ($US40 million).

In the weeks and months that followed, he was named an honorary colonel at Harrogate’s Army Foundation College and was knighted by Queen Elizabeth II at Windsor castle. 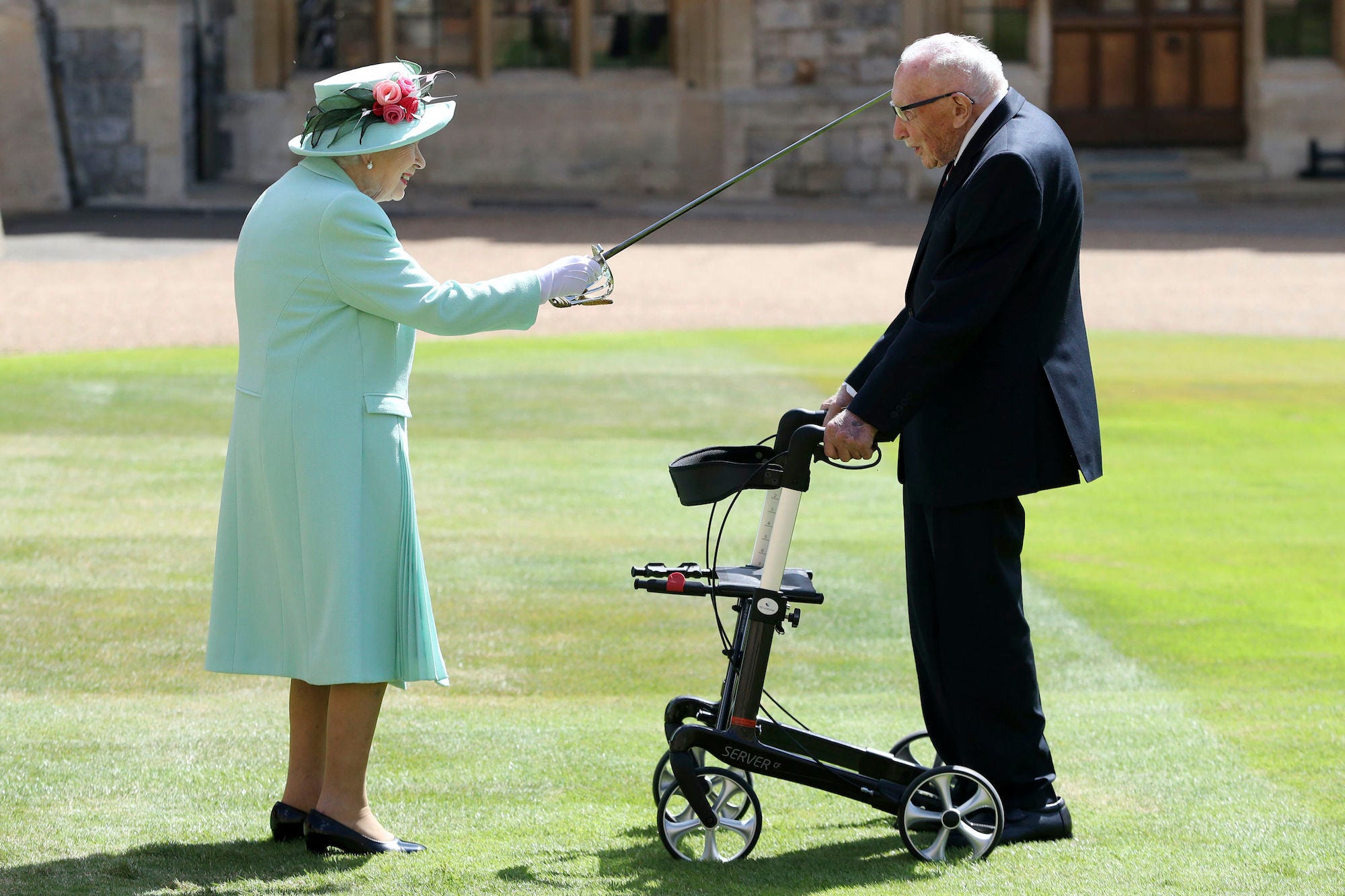 His daughter, Hannah Ingram-Moore, said in a statement on Twitter that her father had tested positive for COVID-19 and was hospitalized on Sunday because he was having trouble breathing. He was also being treated for pneumonia before his COVID-19 diagnosis.

In a statement to the BBC, Ingram-Moore and Moore’s other daughter, Lucy Teixeira, said they spent the last hours of their father’s life sharing “laughter and tears” and reminiscing about their childhood.

“The last year of our father’s life was nothing short of remarkable. He was rejuvenated and experienced things he’d only ever dreamed of,” they said. “Whilst he’d been in so many hearts for just a short time, he was an incredible father and grandfather, and he will stay alive in our hearts forever.”

Buckingham Palace said on Twitter Queen Elizabeth had sent private condolences to Moore’s family, and shared a photo of them together the day he was knighted.

“Her Majesty very much enjoyed meeting Captain Sir Tom and his family at Windsor last year. Her thoughts and those of the Royal Family are with them,” Buckingham Palace said. 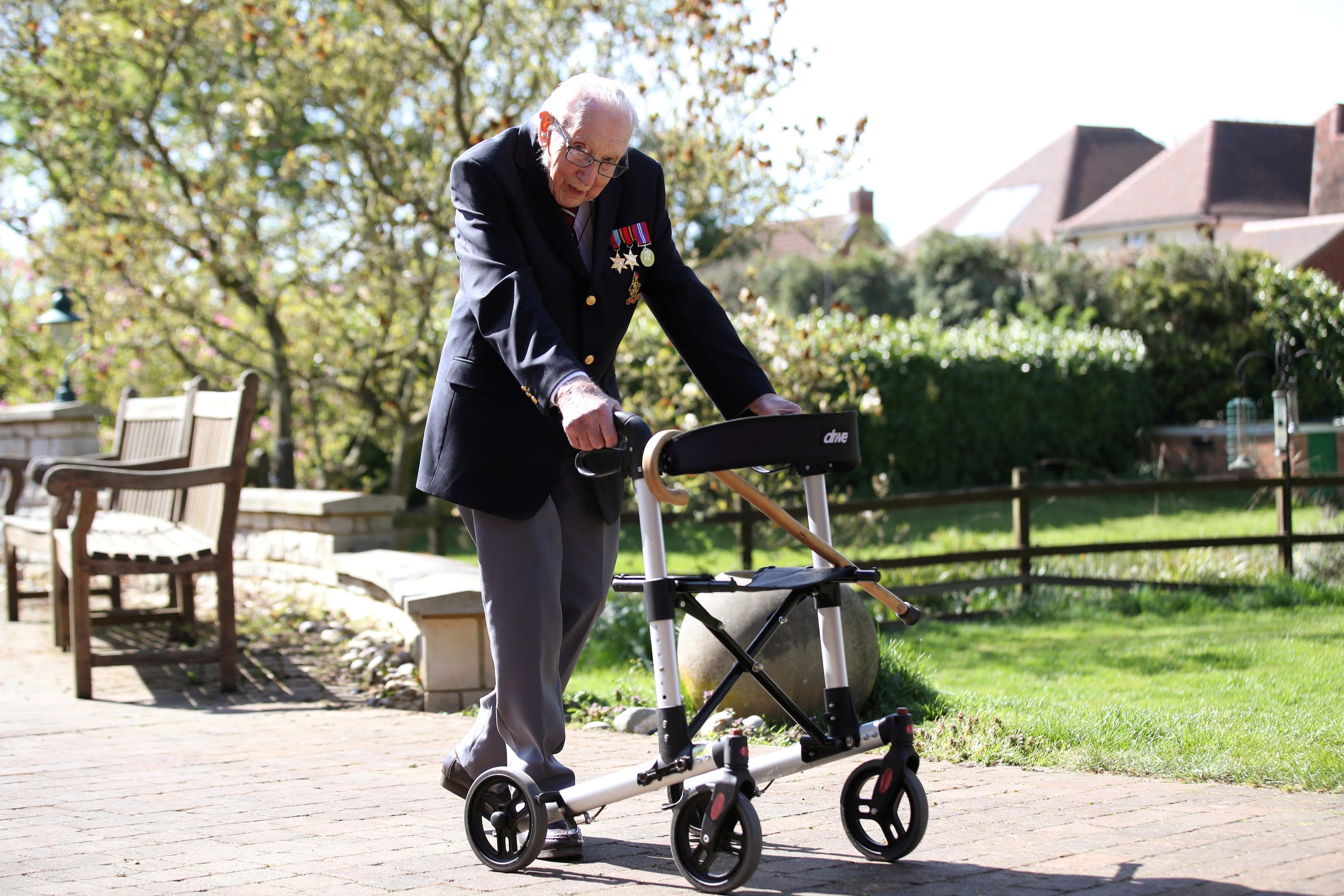 REUTERS/Peter Cziborra/File PhotoRetired British Army Captain Tom Moore walks to raise money for health workers by attempting to walk the length of his garden one hundred times before his 100th birthday this month as the spread of coronavirus disease (COVID-19) continues, Marston Moretaine, Britain, April 15, 2020.

Johnson, meanwhile, called Moore a “hero in the truest sense of the word.”

“In the dark days of the Second World War he fought for freedom and in the face of this country’s deepest post-war crisis he united us all, he cheered us all up, and he embodied the triumph of the human spirit,” he told the BBC. “He became not just a national inspiration but a beacon of hope for the world. Our thoughts are with his daughter Hannah and all his family.”

The White House and the US Embassy in London joined the UK in honouring Moore’s life, saying he “inspired millions through his life and his actions.”

The NHS paid tribute to Moore in its own statement, calling him a “model of all that has been good about our country’s response to Covid-19.”

“People rightly marvel at the tens of millions of pounds Captain Sir Tom raised for the NHS, but for me, his biggest achievement and most important contribution to helping my fellow nurses, doctors and all those in the NHS responding to coronavirus, has been how he brought the country together and gave us all a boost when we most needed it,” Ruth May, chief nursing officer for England, said in a statement.