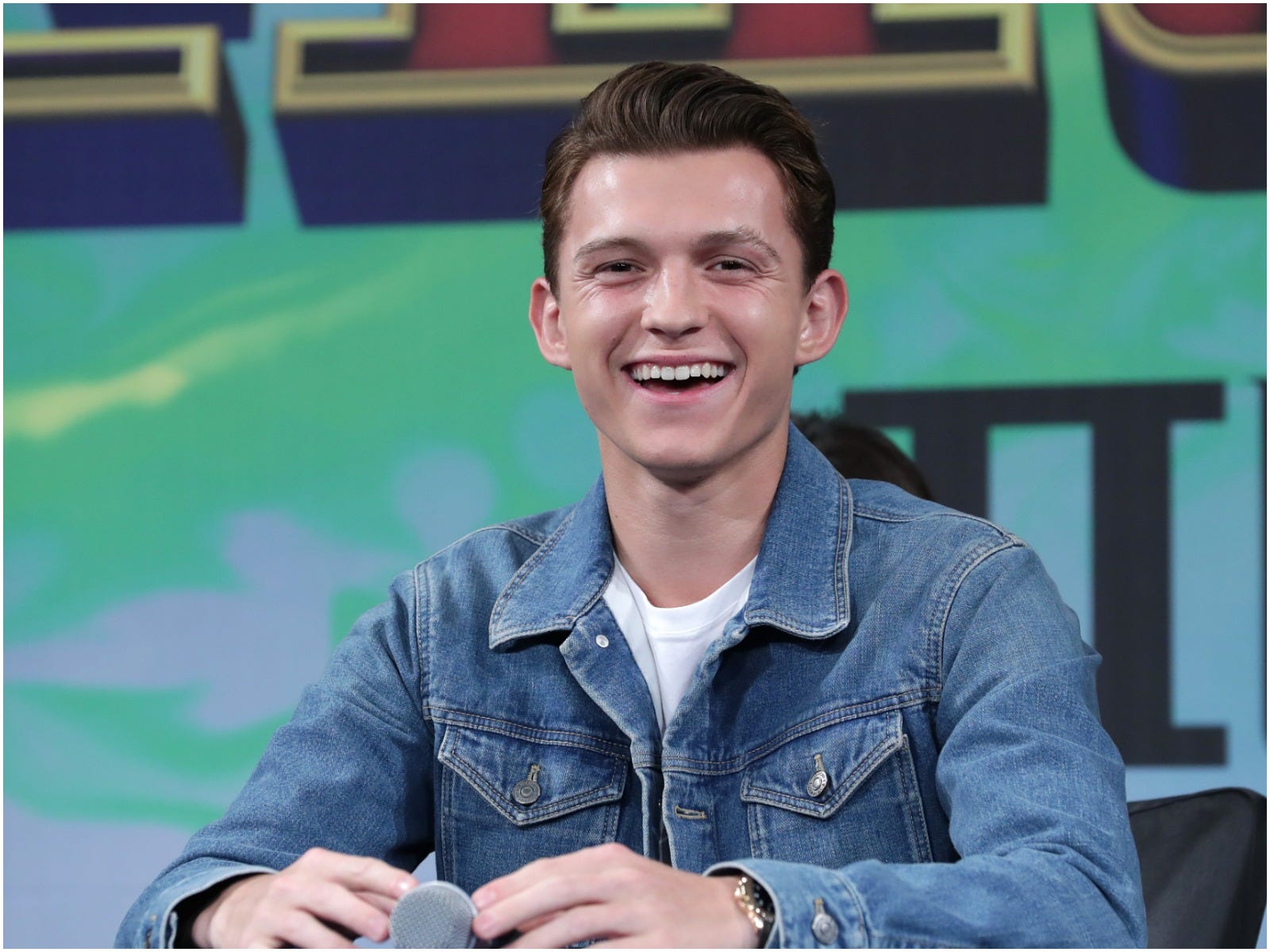 Han Myung-Gu/WireImageTom Holland is thinking about becoming a stand-up comedian.

Tom Holland said that he is thinking about doing stand-up comedy in the future as he wants to do “all sorts of things” over the course of his career.

Holland was speaking to Vanity Fair’s Little Gold Men podcast, and when asked what sort of project he liked to tackle next, Holland said he’d be up for anything that “challenges” him.

“It could be a comedy, [or] again another dramatic movie with a character that’s a huge departure from myself. A play â€” I’d love to get back on stage and perform on stage again. I’m kind of flirting with the idea of trying a bit of stand-up comedy, following my old man in his footsteps.”

Holland’s father, Dominic Holland is a comedian and actor who recently published the comedy book “Eclipsed: Turns Out that Spider-Man Does Have a Dad After All.”

Holland has previously spoken about projects he would like to take on and things he’d like to try. Last week, the actor said he wanted to play “a really short James Bond.”

The Spider-Man actor told Little Gold Men that he constantly reminds himself that he’s only 24 and has his “whole life” ahead of him, so tries not to rush anything: “I want to take my time and be very clever and strategic in what I do next.”

He did hint, however, that big changes in his career could soon be coming.

Holland said: “I’m sort of coming to the end of a chapter in my life and I’m very excited to see what the future holds. I’m also a little bit nervous to sort of step away from things, but as anything, I like to improvise and take things in my stride and just get on with it, really.”

While Holland didn’t specify exactly what the “end of a chapter” was, this could make Spider-Man fans a little nervous about whether the upcoming third “Spider-Man” movie could be his last in the role.

He has so far played Peter Parker in five MCU movies, with his most recent appearance as the web-slinger in 2019’s “Spider-Man: Far From Home.”

Holland was speaking to Little Gold Men about his new movie “Cherry,” in which he plays an army medic suffering from PTSD and a drug addiction.Holland has been praised for his transformative performance in the Apple TV movie, with some tipping him for an Oscar nomination. After missing out on SAG, Golden Globe, and Critics Choice Awards nominations, however, he may fall just short.