Before the 2019 season, EA Sports announced that Kansas City Chiefs quarterback Patrick Mahomes would be on the cover of the popular video-game franchise, “Madden 20.”

Much like the famous Sports Illustrated-cover curse, the Madden video game has its own eyebrow-raising history: the “Madden Curse.” Ever since athletes began appearing on Madden’s cover in the late ’90s, they seem to almost immediately lose significant amounts of playing time because of injuries, run-ins with the law, or other reasons.

Despite an ugly mid-season knee injury, Mahomes and the Chiefs rallied to win the Super Bowl and seemingly put the jinx to rest. Lamar Jackson then followed Mahomes as the 2021 cover athlete and had another strong season and led the Baltimore Ravens to the playoffs.

Below we document the long history of the “Madden Curse,” with some help from NFL.com and DigitalTrends.com. 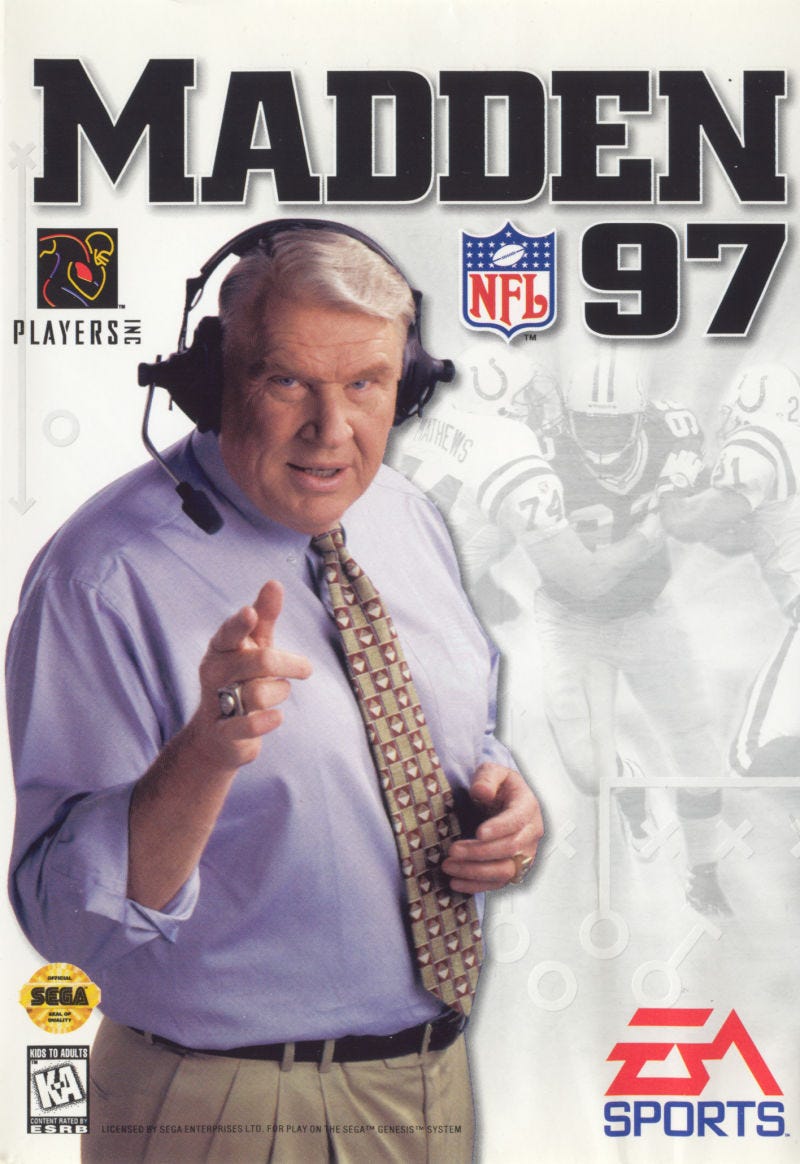 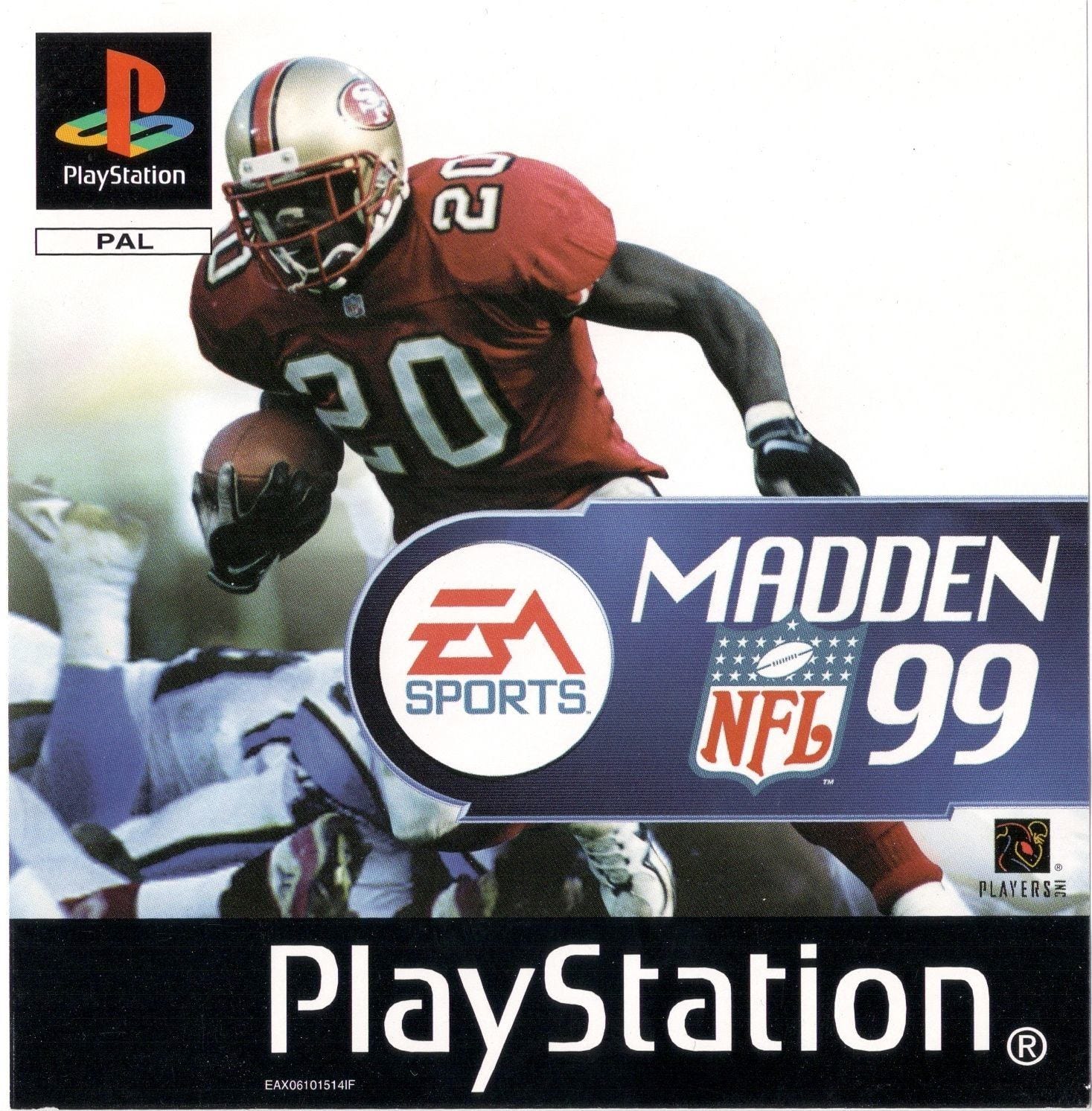 EA Sports tried something new for Madden 99 (released in 1998). While John Madden appeared on covers in North America, Garrison Hearst of the San Francisco 49ers appeared on the cover of the PAL version released in other parts of the world. In 1998, Hearst had his best season as a pro, rushing for 1,570 yards. However, on his first carry of the divisional playoff game against the Atlanta Falcons, he severely broke his ankle, and missed the next two seasons. This is considered the beginning of the curse. 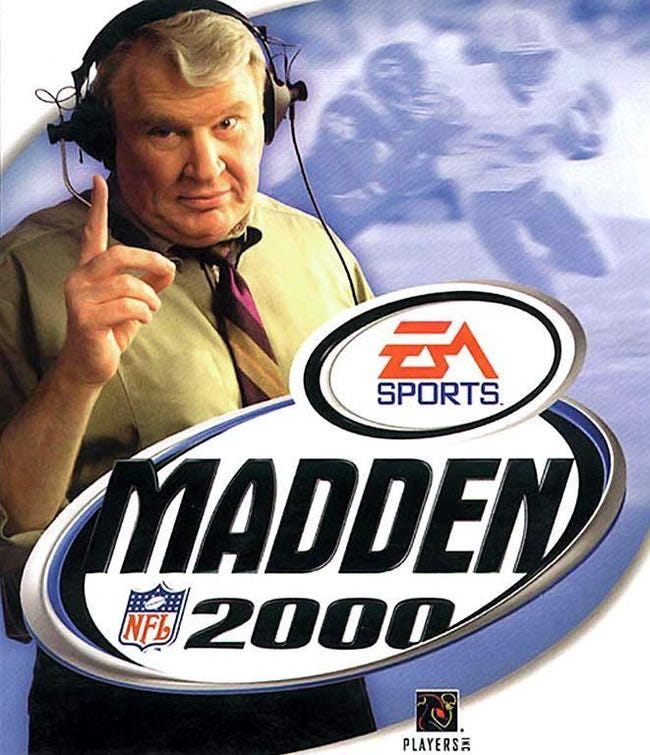 Barry Sanders is not always considered part of the curse, but we include him here for you to decide. Shortly after it was announced that he would be on the cover (behind John Madden in the background), he announced he was retiring from the NFL and never played again. 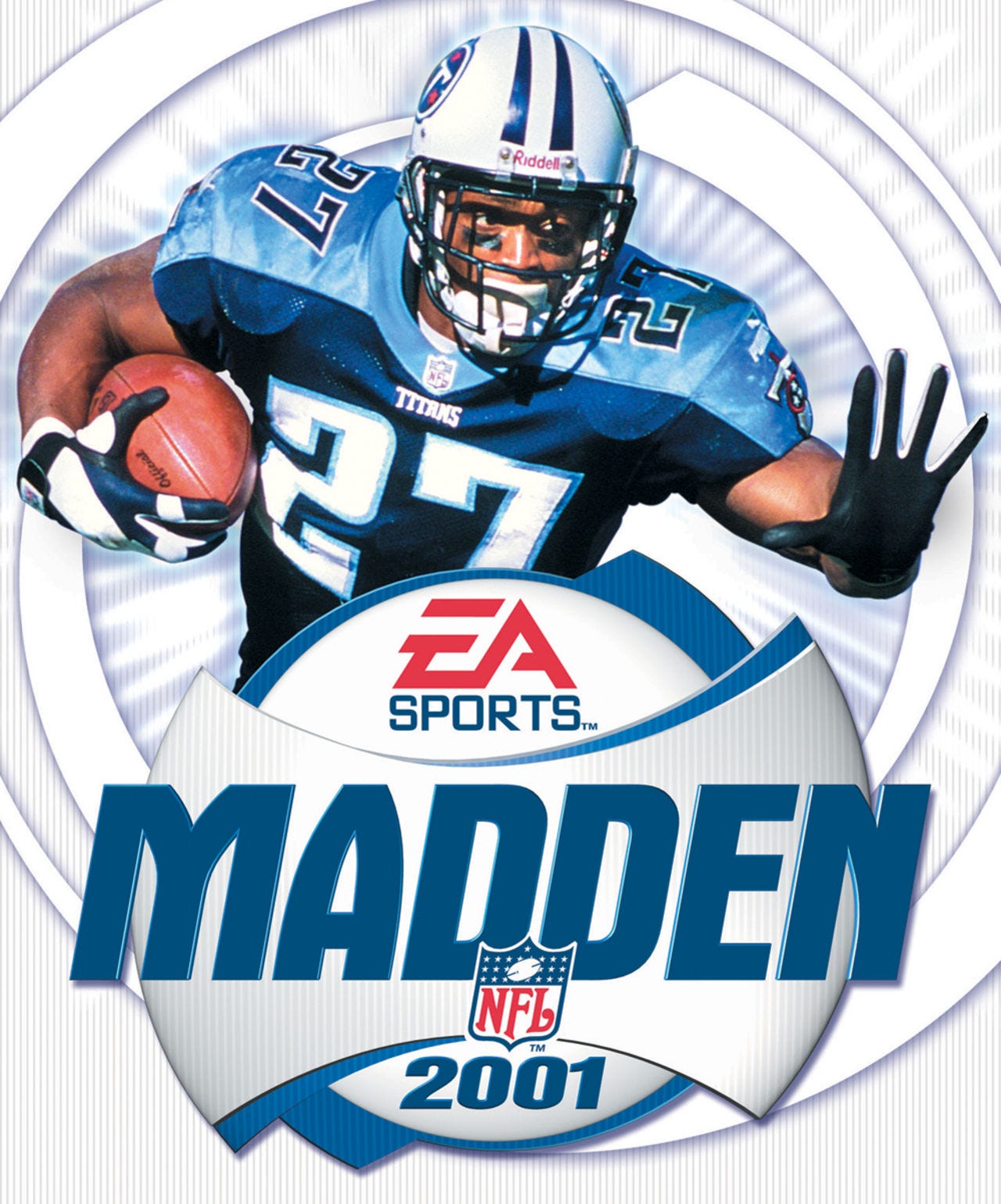 Eddie George is another one that is debated. George had career highs of 1,509 yards and 16 touchdowns during the 2000 season when the game was released. However, he severely injured his toe the following year and only played four more seasons. 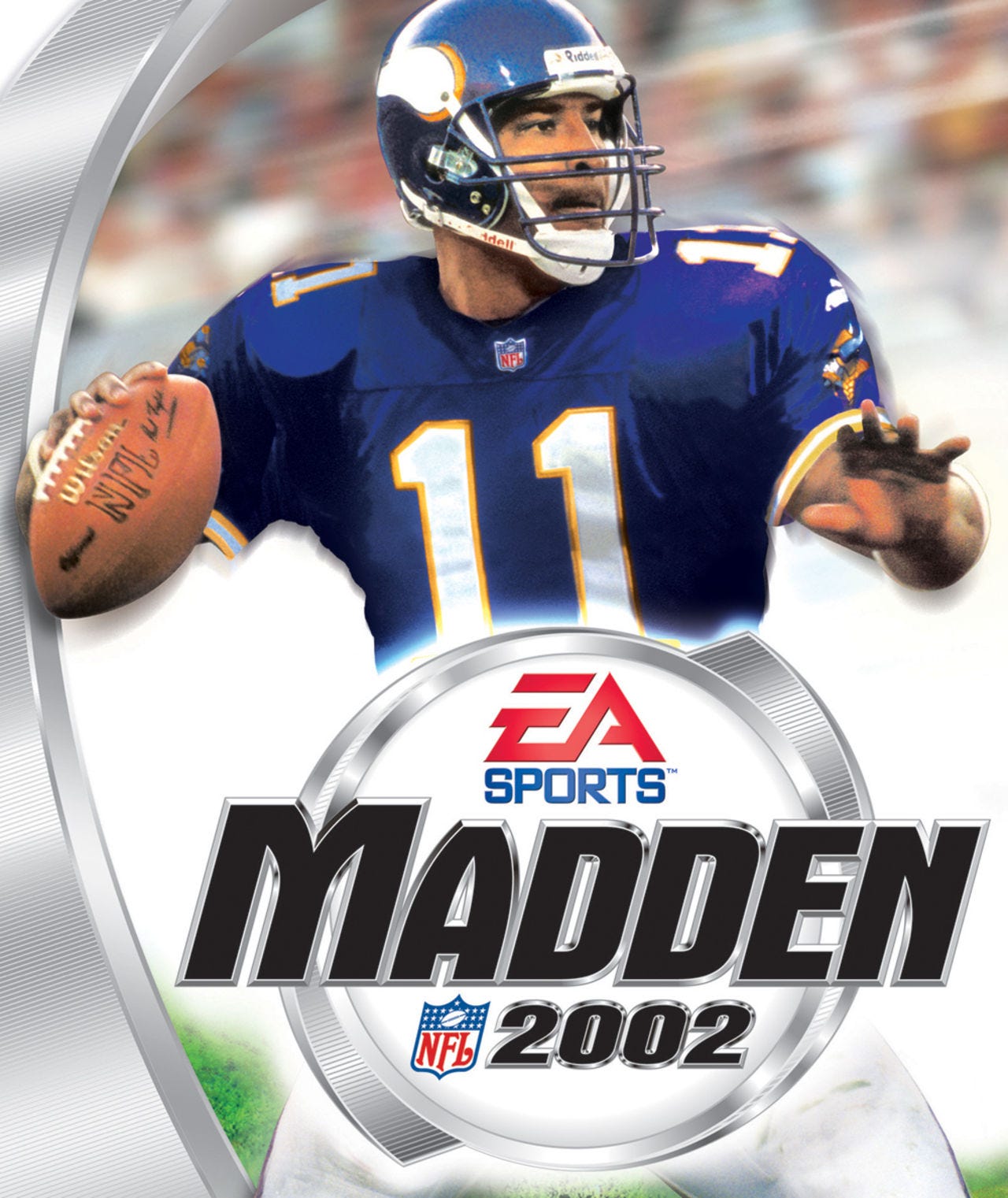 Culpepper stormed onto the scene the year before with an NFL-best 33 touchdown passes. But in 2001 (the year the game was released), Culpepper injured his knee and missed the season’s final five games. 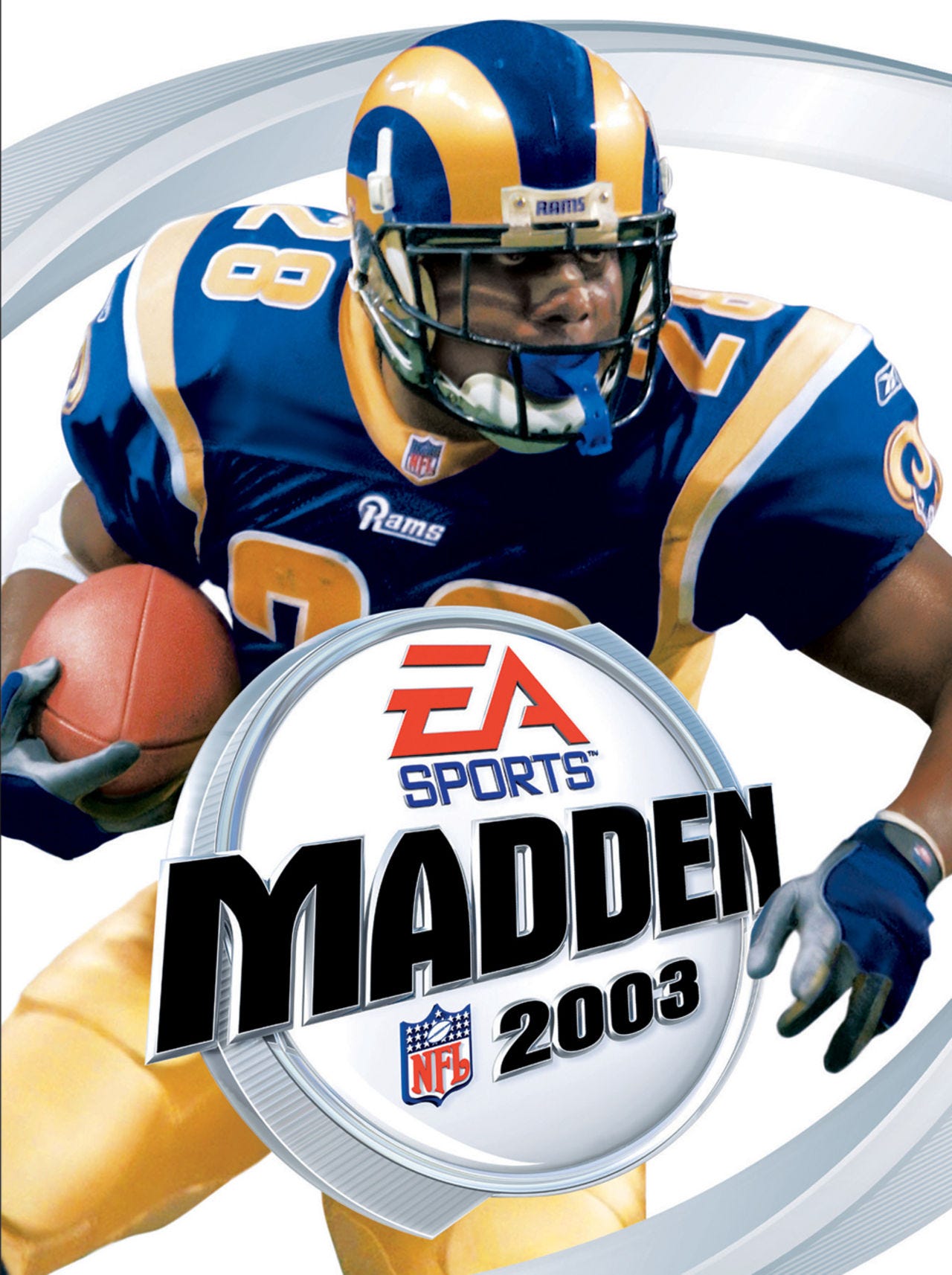 Faulk was coming off four straight seasons of at least 1,300 yards rushing and at least 2,000 yards from scrimmage. During the 2002 season, Faulk missed two games with an injury and was limited in several others. He finished with 953 yards rushing and played just three more seasons. 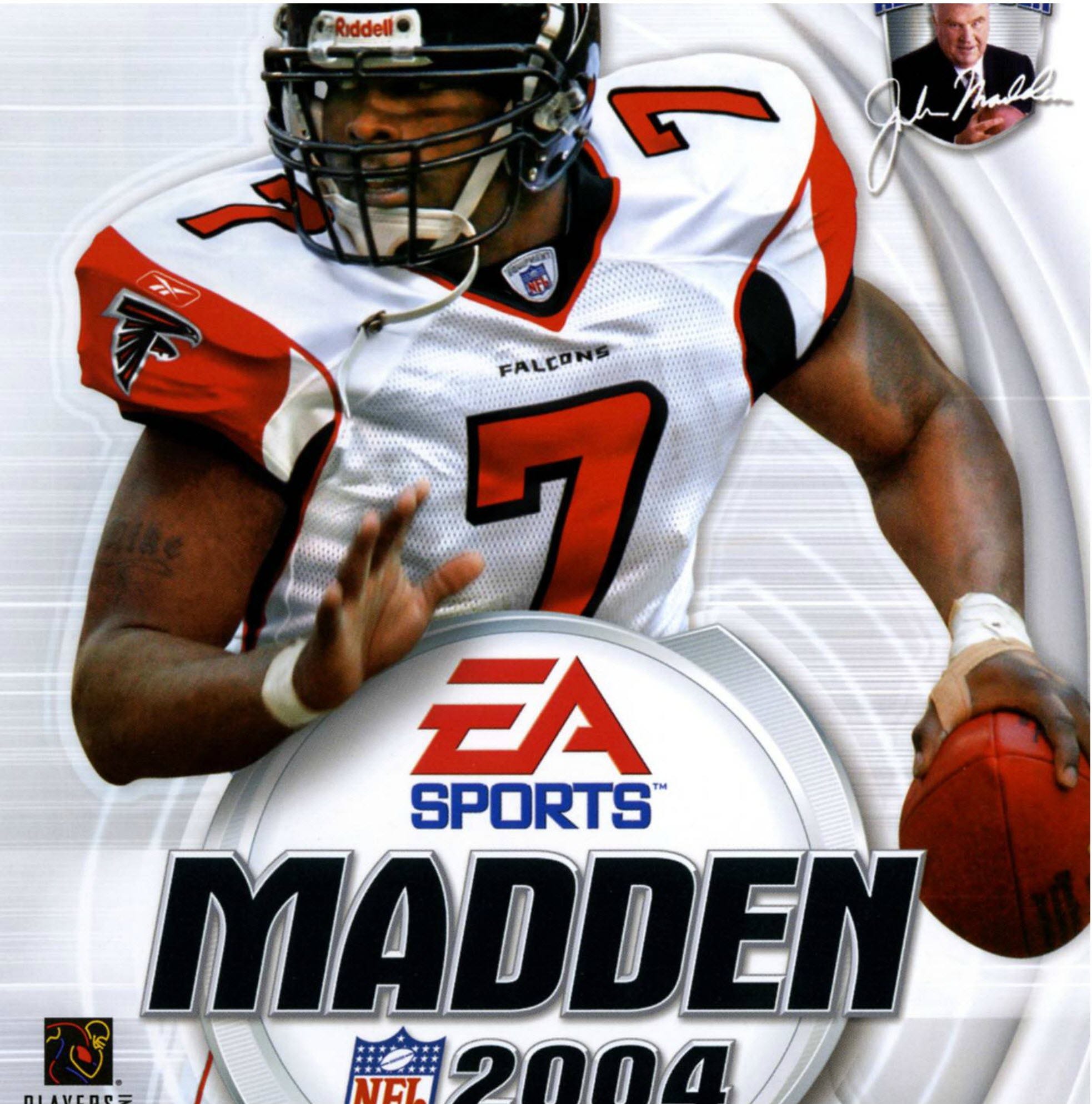 Vick missed the first 11 games of the 2003 season with a broken leg suffered on a scramble during a preseason game. The Falcons went 5-11 and missed the playoffs. 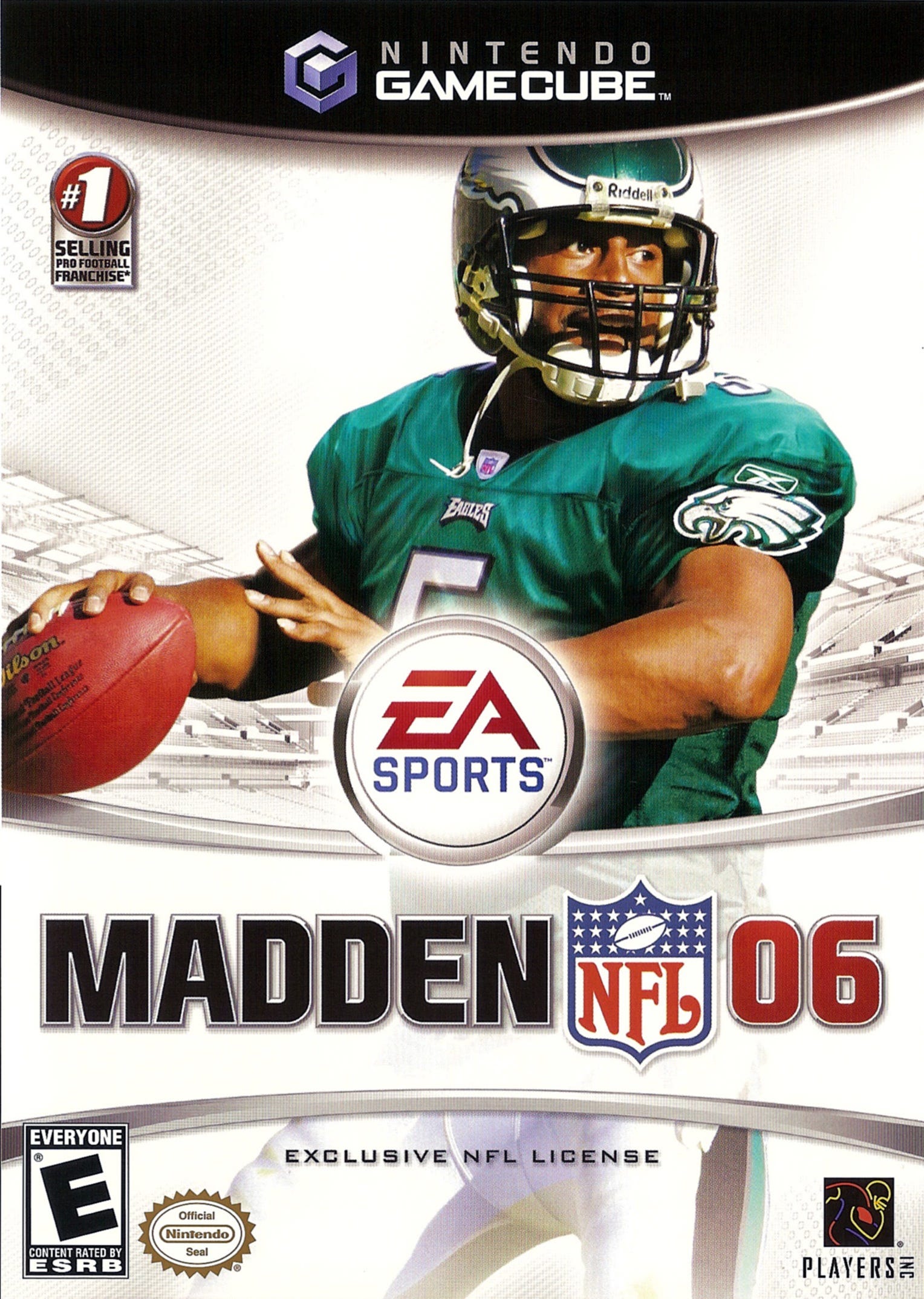 After the Philadelphia Eagles went to the Super Bowl the season before, McNabb suffered a sports hernia during the 2005 season. He tried to play through it but eventually needed surgery and missed the final six weeks. The Eagles went 6-10. 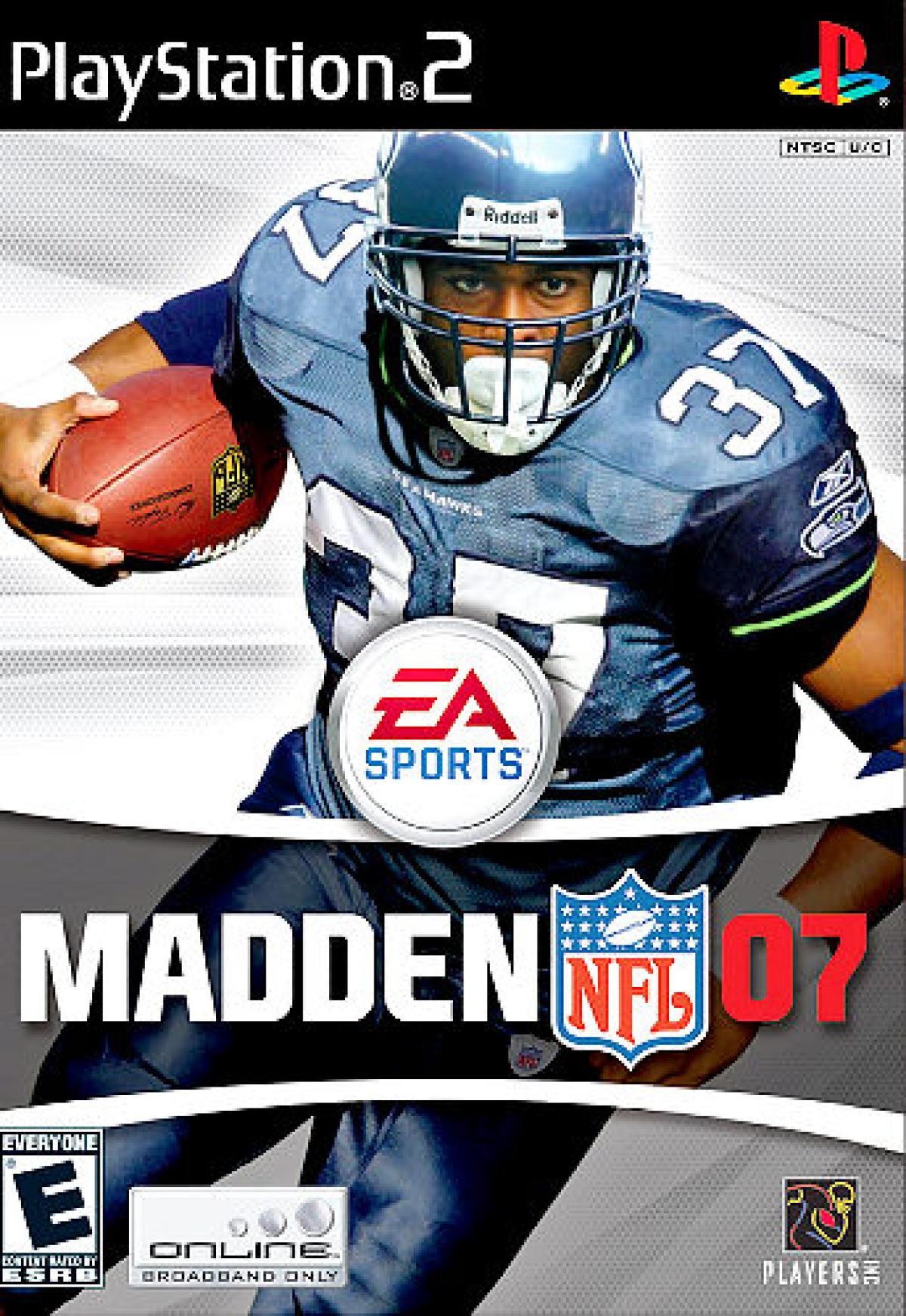 In the season before being on the cover, Alexander rushed for 1,880 yards and set an NFL record with 28 touchdowns. However, in the 2006 season, Alexander broke a bone in his foot and missed six games. He rushed for just 896 yards and played only two more seasons. 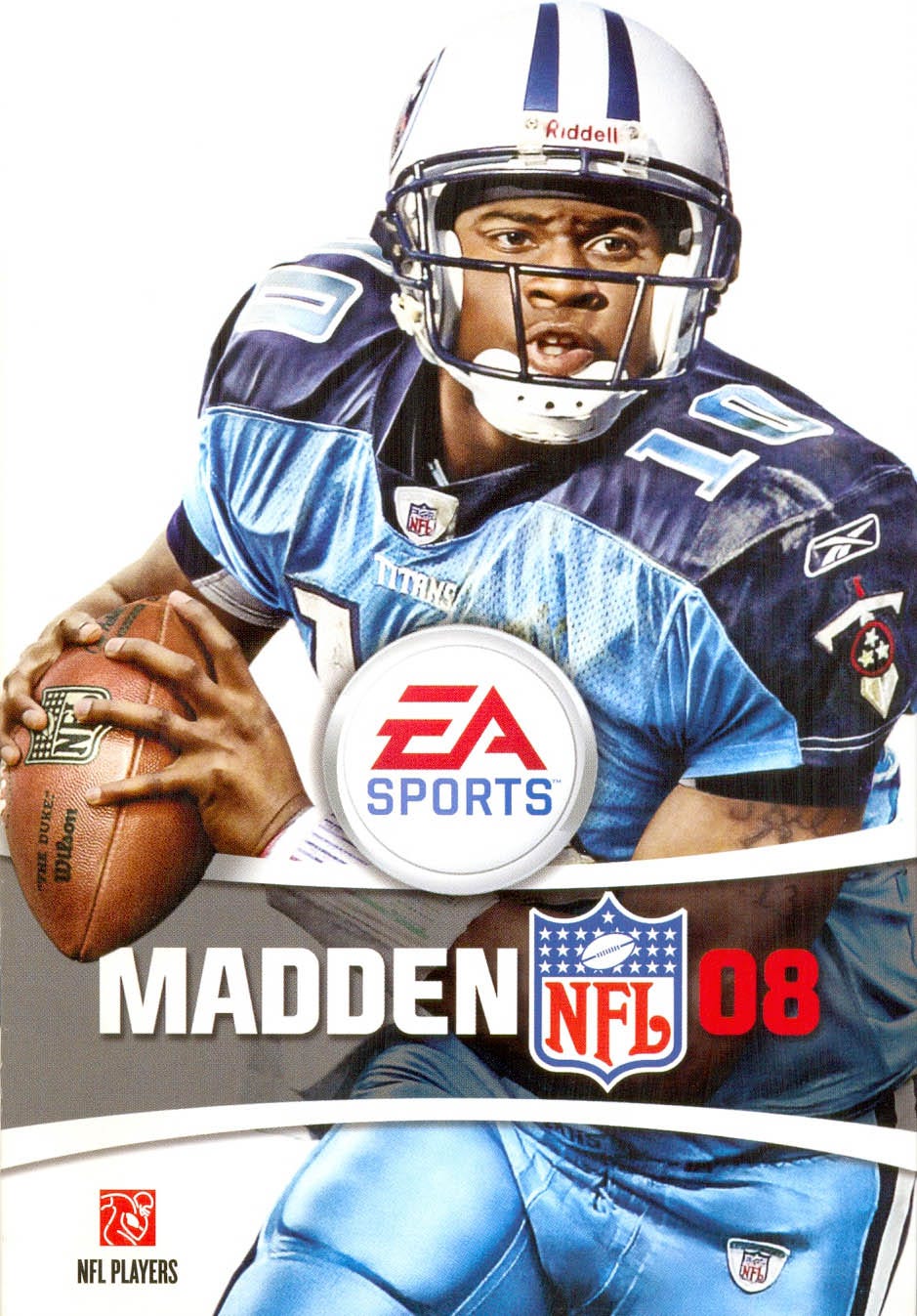 In the second season of a promising start to his career, Young strained his quadriceps and missed one game. He only started 22 more games in his career and was out of the NFL five seasons later. 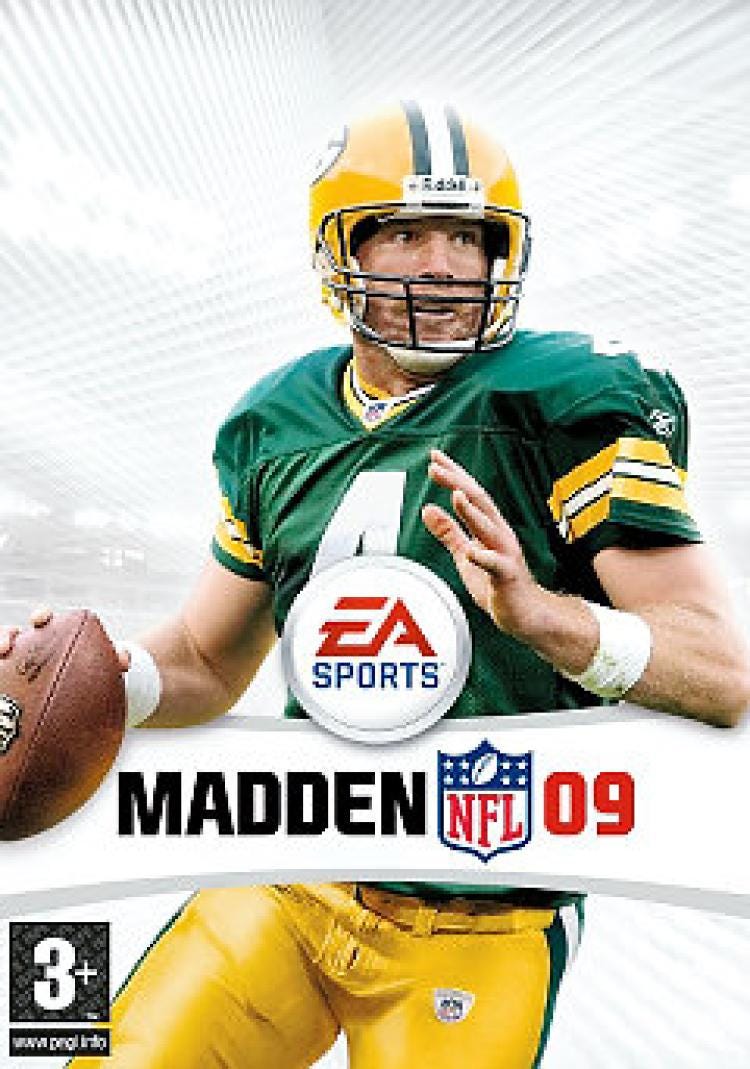 Favre had announced his retirement following the 2007 season. However, he changed his mind. The Packers had already committed to Aaron Rodgers, so Favre was traded to the New York Jets. He didn’t miss any time, but he did have to play for the Jets, and the Packers won another Super Bowl two years later. 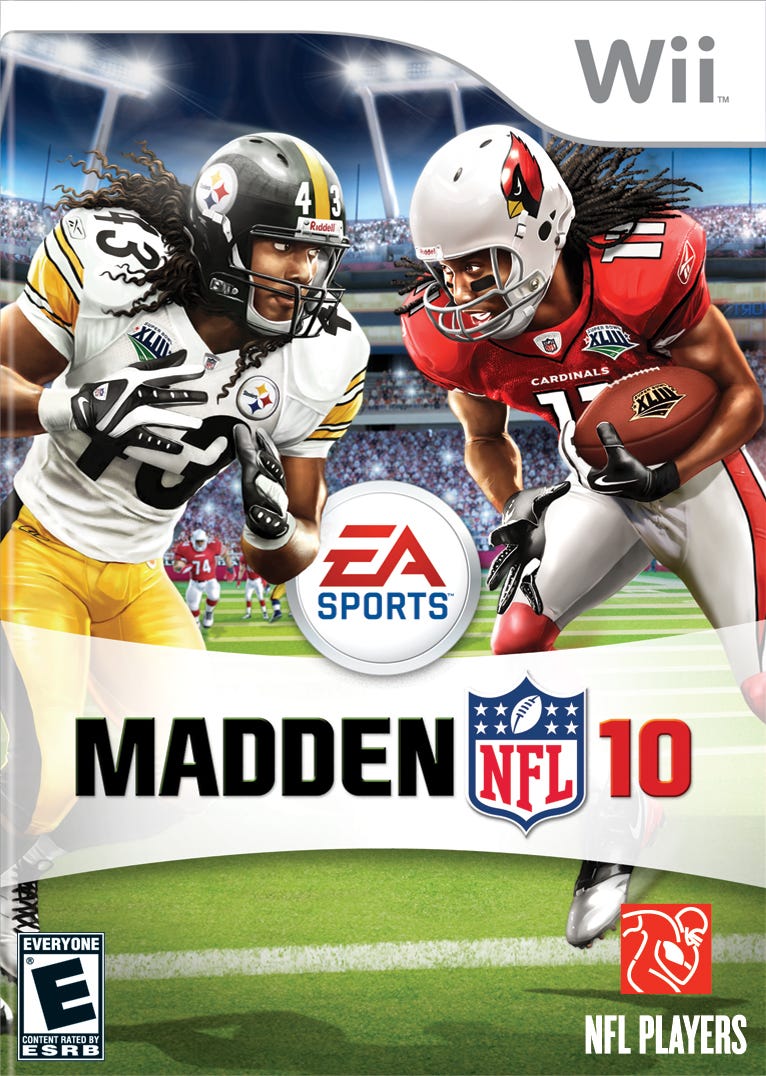 After helping the Steelers win the Super Bowl in 2008, Polamalu missed 11 games because of an injured knee ligament. The Steelers missed the playoffs. 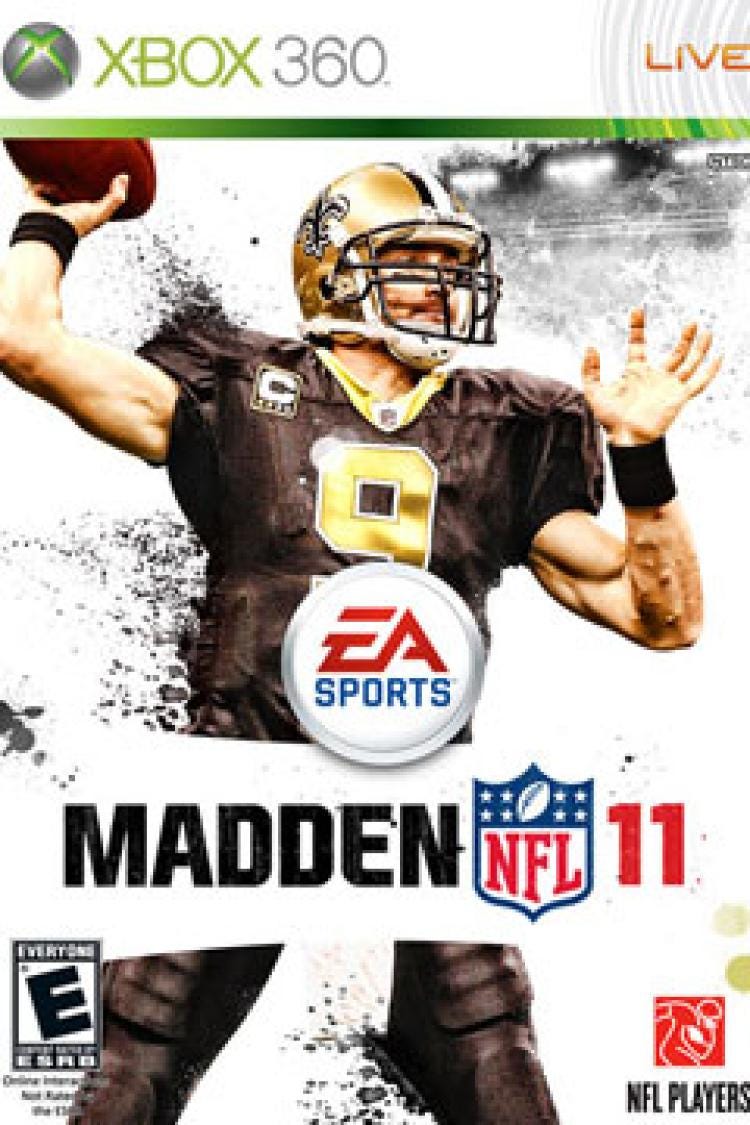 Drew Brees did not miss a game during the 2010 season. However, there were reports that he was hiding a broken bone in his leg. To add insult to injury (literally), the Saints would lose to the 7-9 Seattle Seahawks in the playoffs, the first sub-.500 playoff team ever. 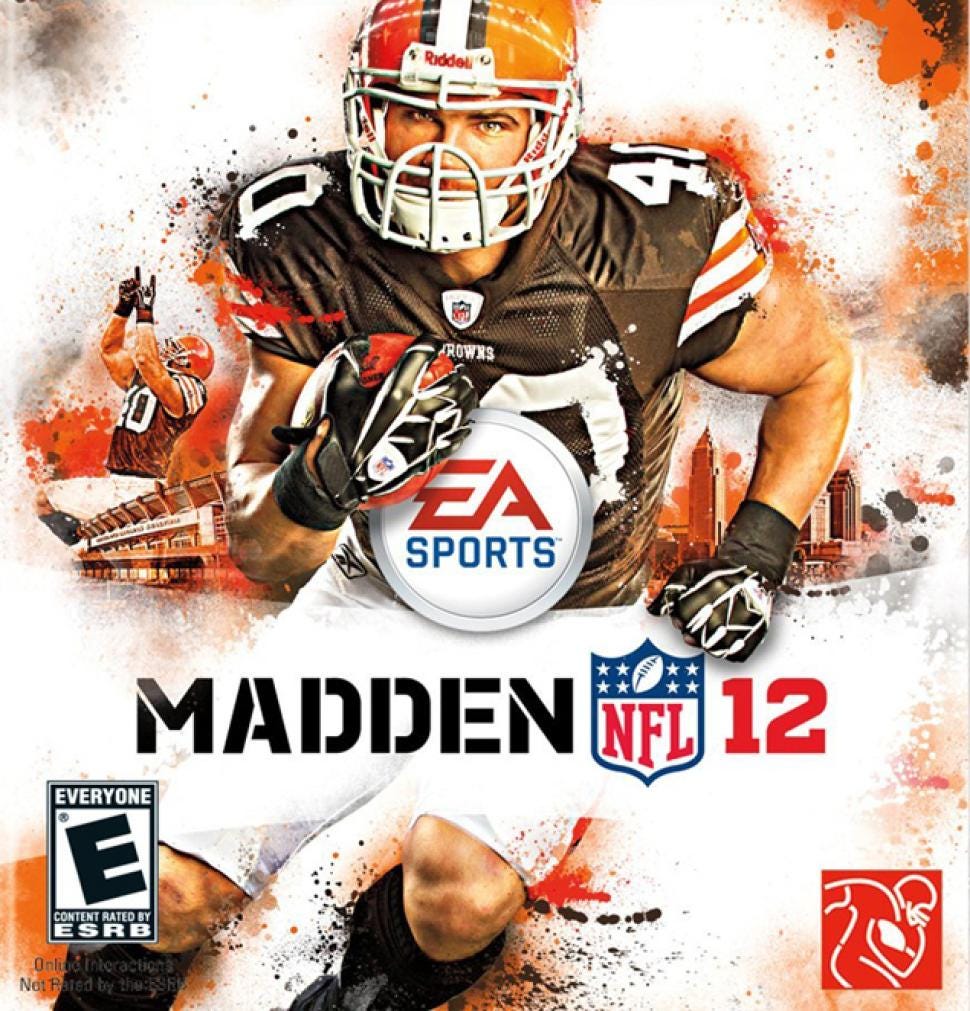 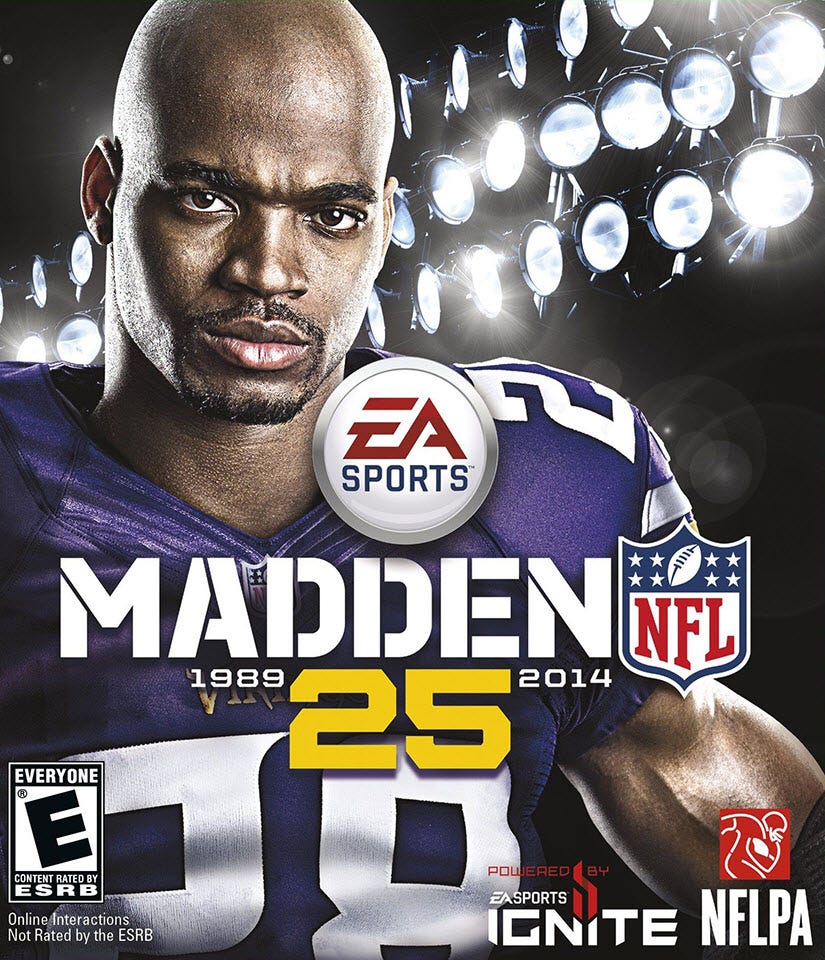 Peterson played in just one game during the 2014 season after being charged with abusing his son with a tree branch. After playing the opening weekend, Peterson was ruled ineligible and later suspended by the NFL for the rest of the season. 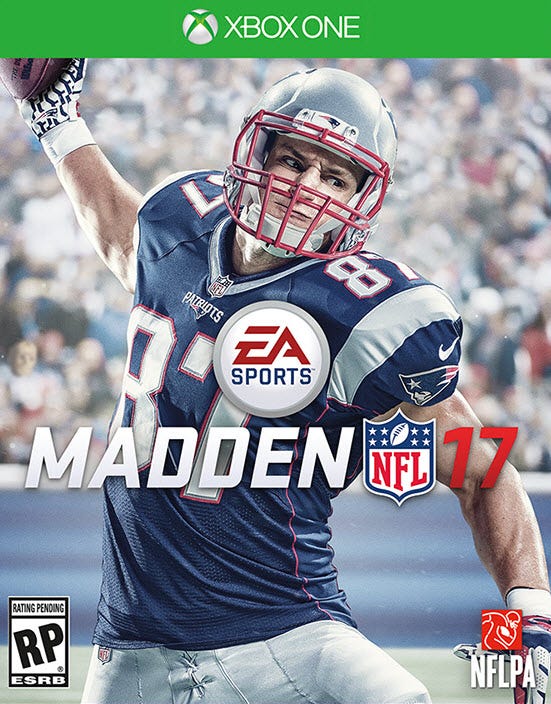 Gronk played in just eight games and missed the final five weeks and the playoffs with a back injury. 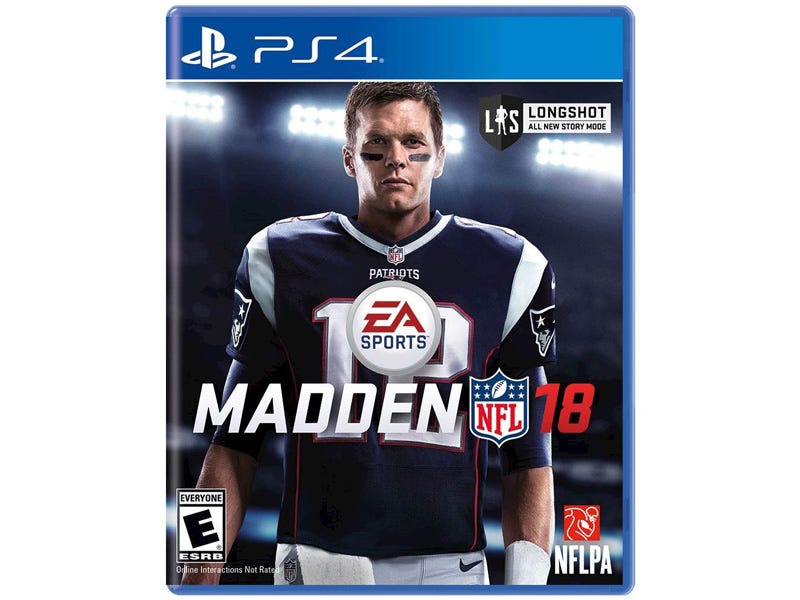 Brady may have avoided the jinx, depending on your point of view. The Patriots lost Super Bowl LII to the Eagles, which, for the Patriots, is a disappointing result. Brady did come back the next season and won his sixth Super Bowl ring.

As for Brady, he doesn’t believe in curses.

“I’m not one to believe in curses,” Brady said after the cover was announced. “So I’m ready to take the challenge head-on like always.” 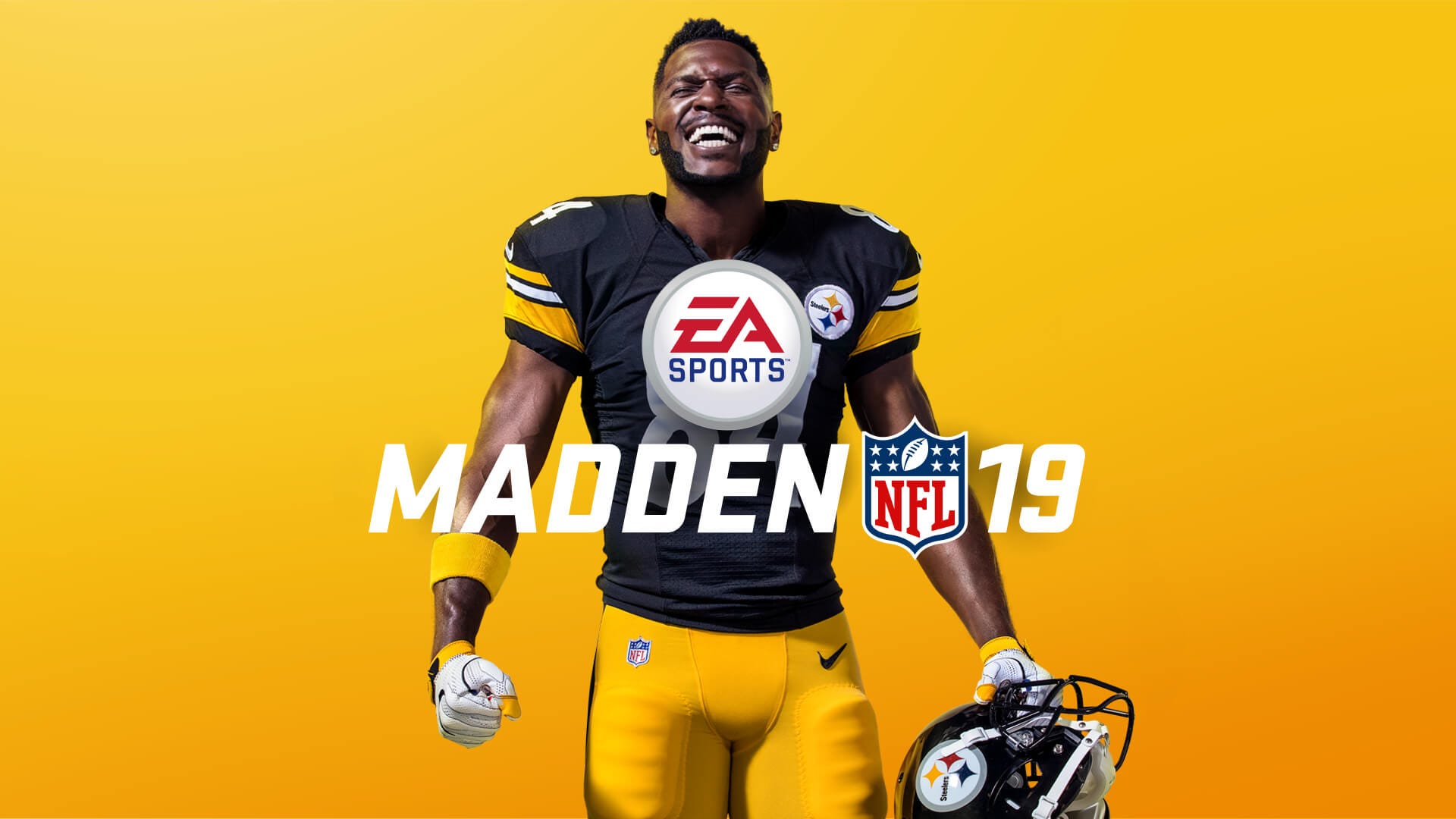 Brown’s season was going well until the final week when the Steelers deactivated the receiver for the team’s must-win, Week 17 game. Reports said Brown had a rift with Ben Roethlisberger and was upset about not being named team MVP. AB’s life off the field spiraled out of control. He briefly spent time with the Raiders and the Patriots was out of the NFL until the Buccaneers gave him another shot. 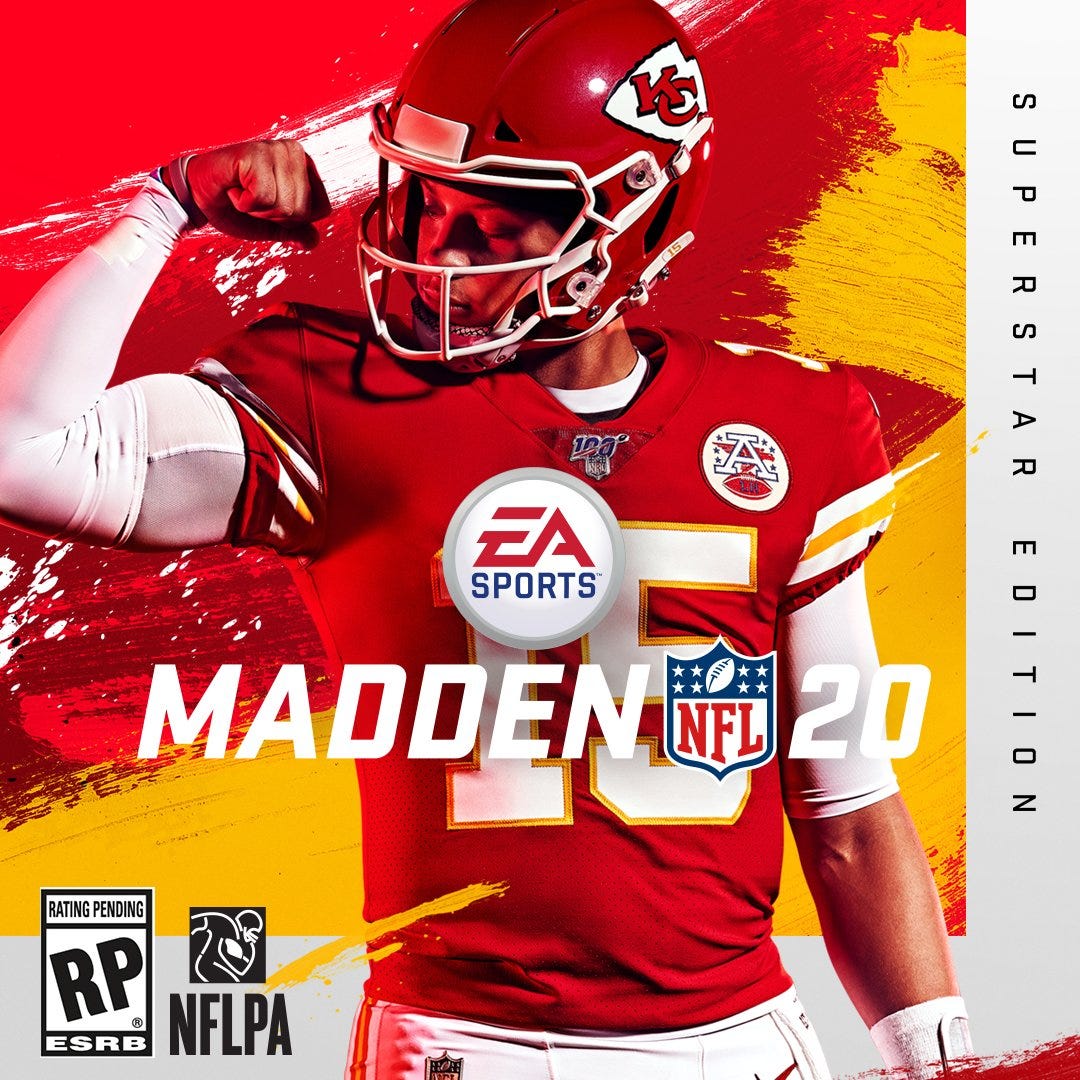 Things did not look good for Mahomes and the Chiefs early on. After he won MVP in 2018, Mahomes missed two games with an ugly dislocated knee cap. The Chiefs lost his first game back to fall to 6-4 and seemingly out of contention for winning the Super Bowl. But Mahomes slowly played his way back into health and dominance, winning the final six games of the regular season and all three playoff games. Despite the Madden cover, Mahomes and the Chiefs were Super Bowl champs. 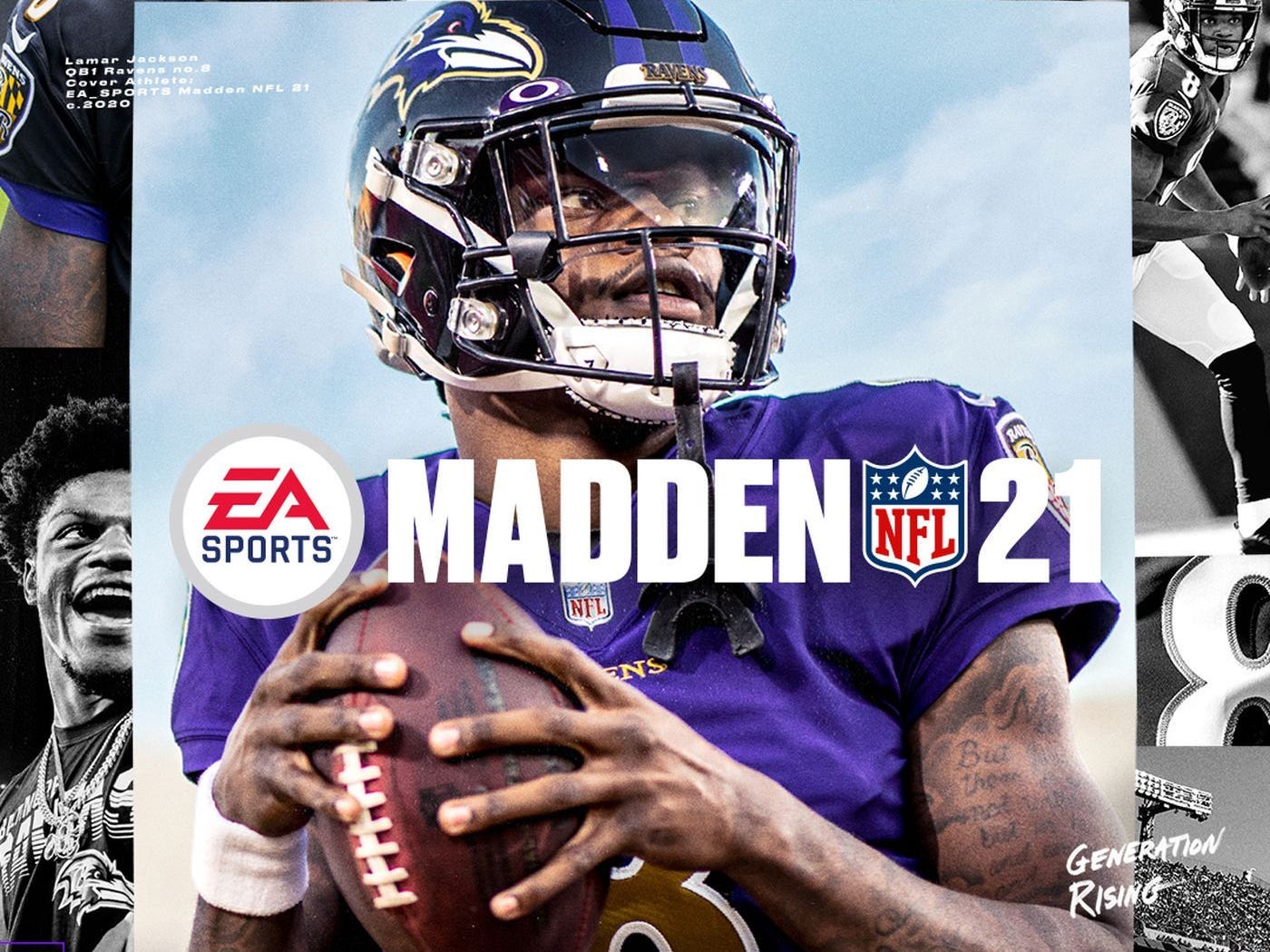 Jackson was coming off his breakout, MVP performance in 2019. He did regress a bit in 2020, but his numbers were still some of the best in the NFL, including his second-straight 1,000-yard rushing season and 33 combined touchdown passes and rushes. He also led the Ravens to their third straight playoff appearance.

So that’s two straight curse-free years and three out of the last four. Is the curse broken? We’ll find out next season.

Now check out how the GOAT lives his life off the field. 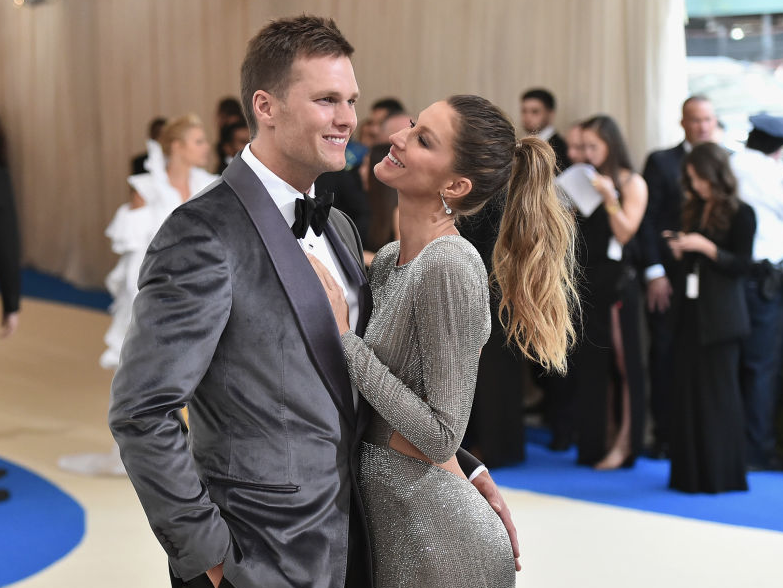 TOM BRADY: How the greatest quarterback of all time makes and spends his millions